Woodrow doing all he can to help Barnsley avoid the drop 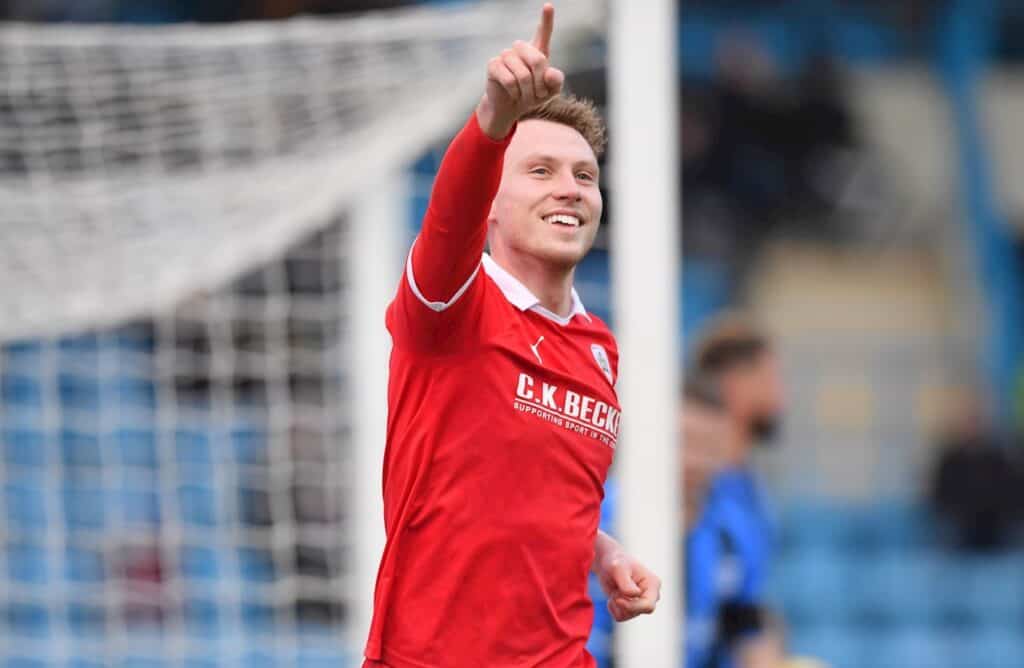 Currently in the midst of a huge relegation battle, second last placed Barnsley will need to produce a formidable run if they’re to remain in the Championship.

With five points separating them from safety at present, all hope is not lost, however, especially after seeing them crush Fulham 3-0 away from home, plus recently beat Middlesbrough and Hull City. Undoubtedly one of the keys towards their survival hopes is Cauley Woodrow, as their star man’s scored six goals in his last eight matches and looking full of confidence.

Having stated his desire to remain at the club and fight to help keep them up despite speculation he may leave in January, he’s certainly doing all he can to help Gerhard Struber’s men.

A real handful for any backline to deal with, the former Fulham prodigy has that key ability to both score and create goals. Using his keen eye for goal and instinctive finishing, the 25-year-old’s scoring feats have been a highlight, with his 14 goal tally so vital for Barnsley. In addition, the fact he’s scored two against leaders West Bromwich Albion and promotion chasing Fulham, plus singles against quality teams like Brentford, Derby County, Blackburn Rovers, Queens Park Rangers and Bristol City illustrates his quality when finding the back of the net.

Possessing a crisp first touch and good ball control, this helps him greatly in so many situations, thus allowing him to quickly set himself to shoot, keep the ball under pressure, weave away from trouble or gain separation from markers to free up a teammate. Not afraid to use feints, shimmies and crafty pieces of skill, this, in combination with his size, ensures he’s very press resistant and hard to push off the ball as he rides challenges admirably. 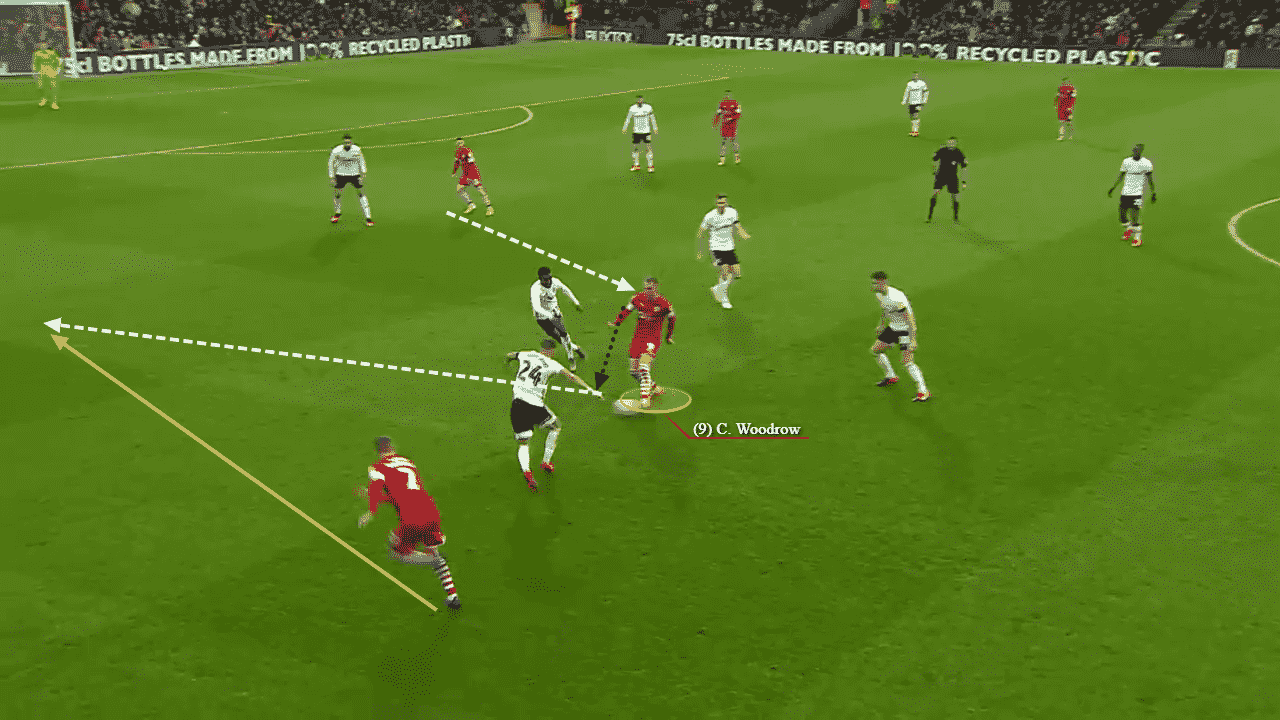 Progressive in his passing when openings arise, he threads some lovely through balls, breaks the lines, spreads the play, combines neatly in close quarters and recirculates possession if no openings are present. Completing 23.35 passes per game at nearly 80%, enjoying roughly one shot assist pg and completing around three passes into the box and final third pg shows he’s doing his best even though his team’s struggling. 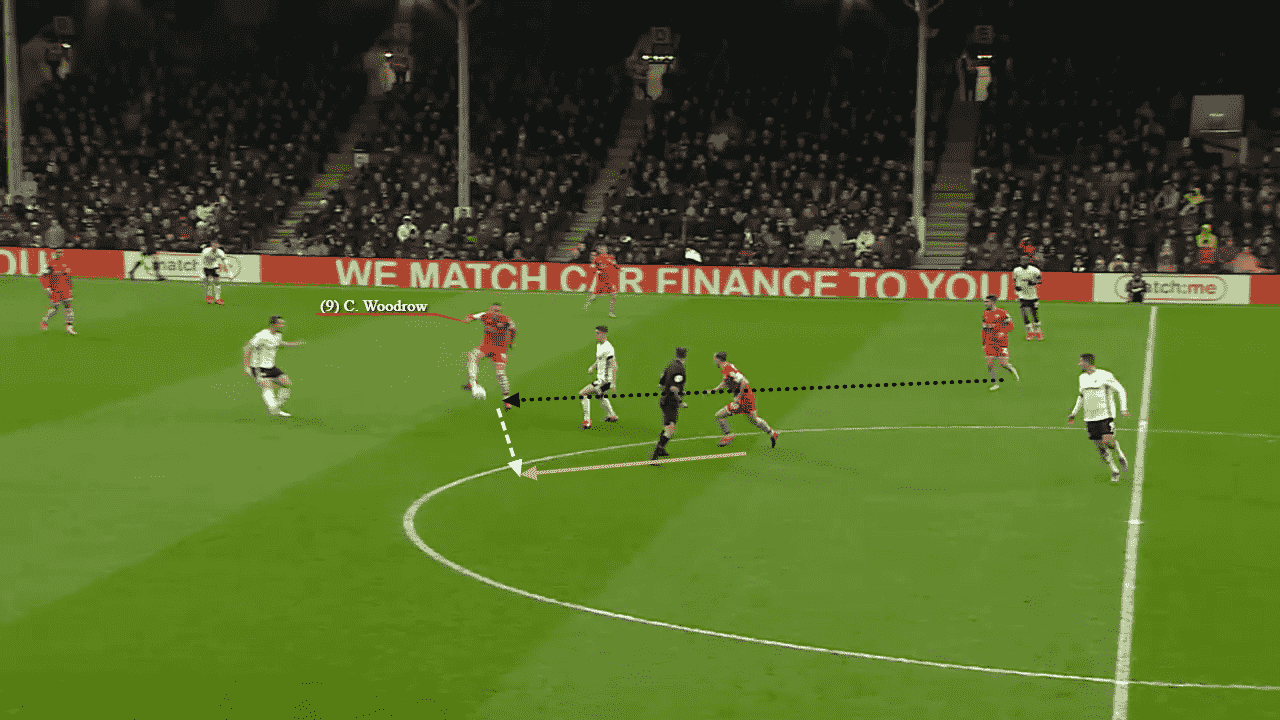 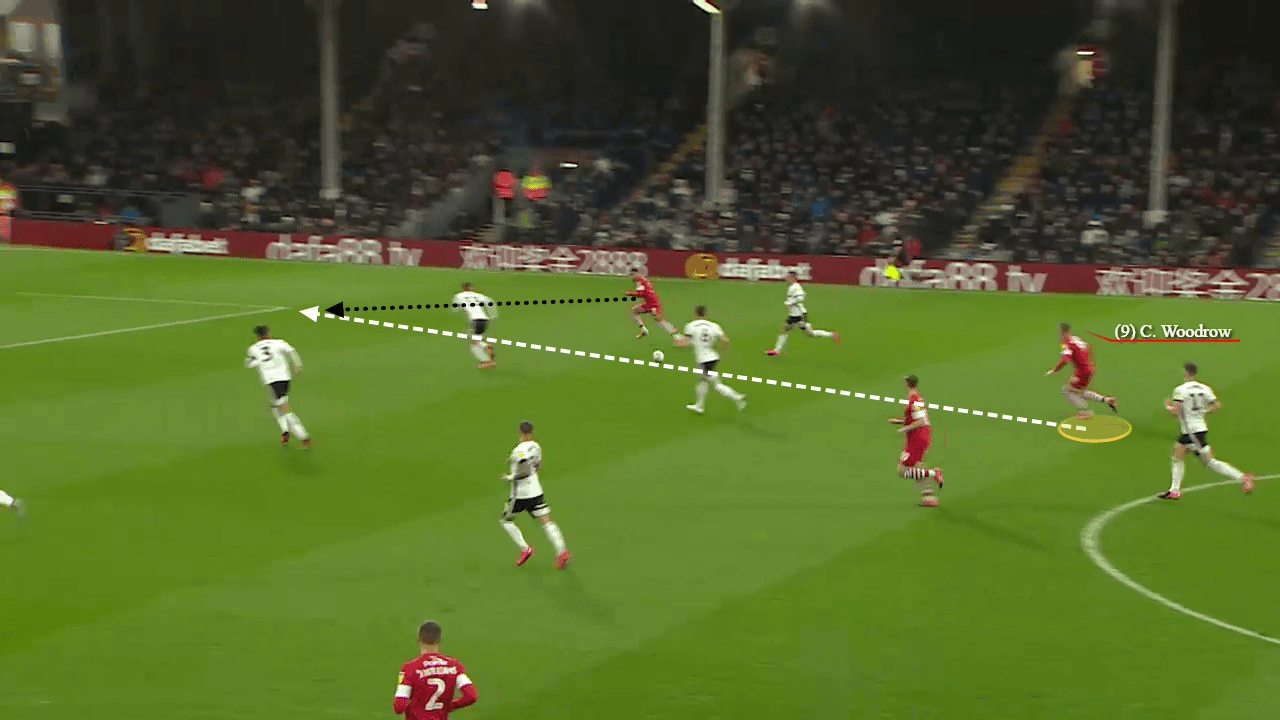 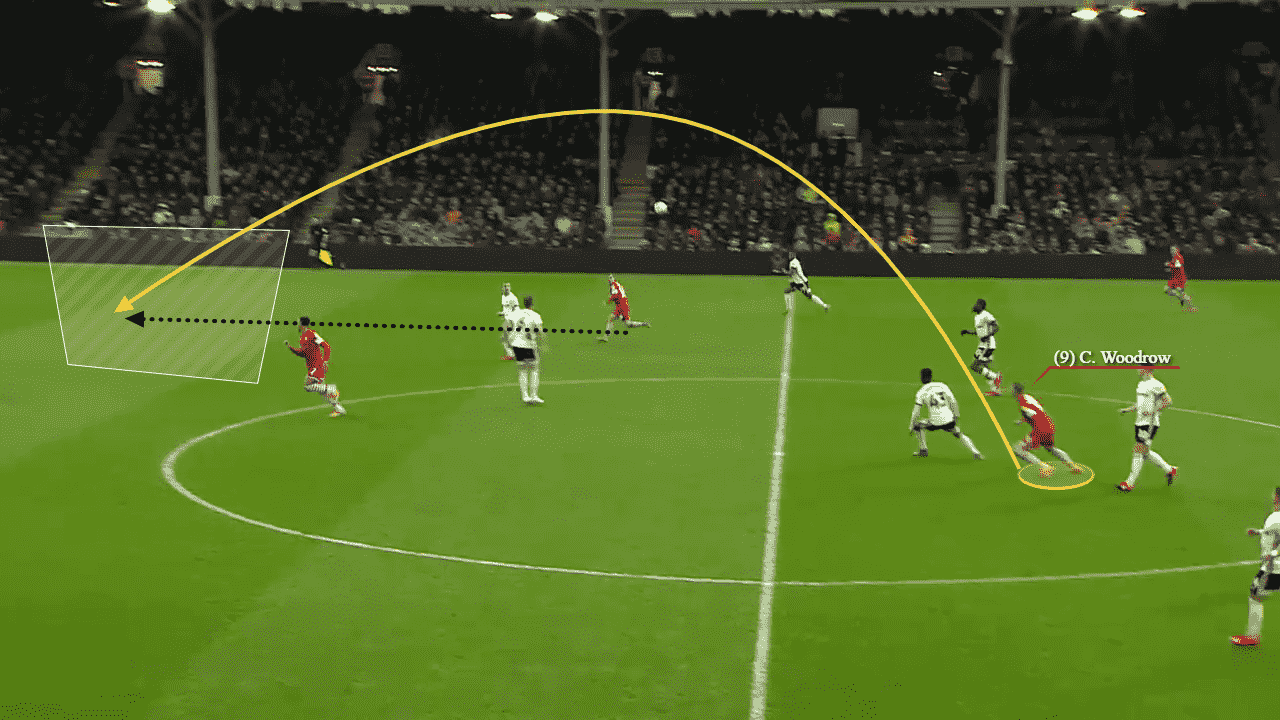 His intelligent movement accompanies the aforementioned beautifully, with him strategically occupying spaces to help connect and support his side’s offensive patterns. Picking his moments when to drop deep to link play, support wide attacks, situate himself between the lines or make sharp runs in behind, opponents certainly need to be attentive to keep tabs on him. 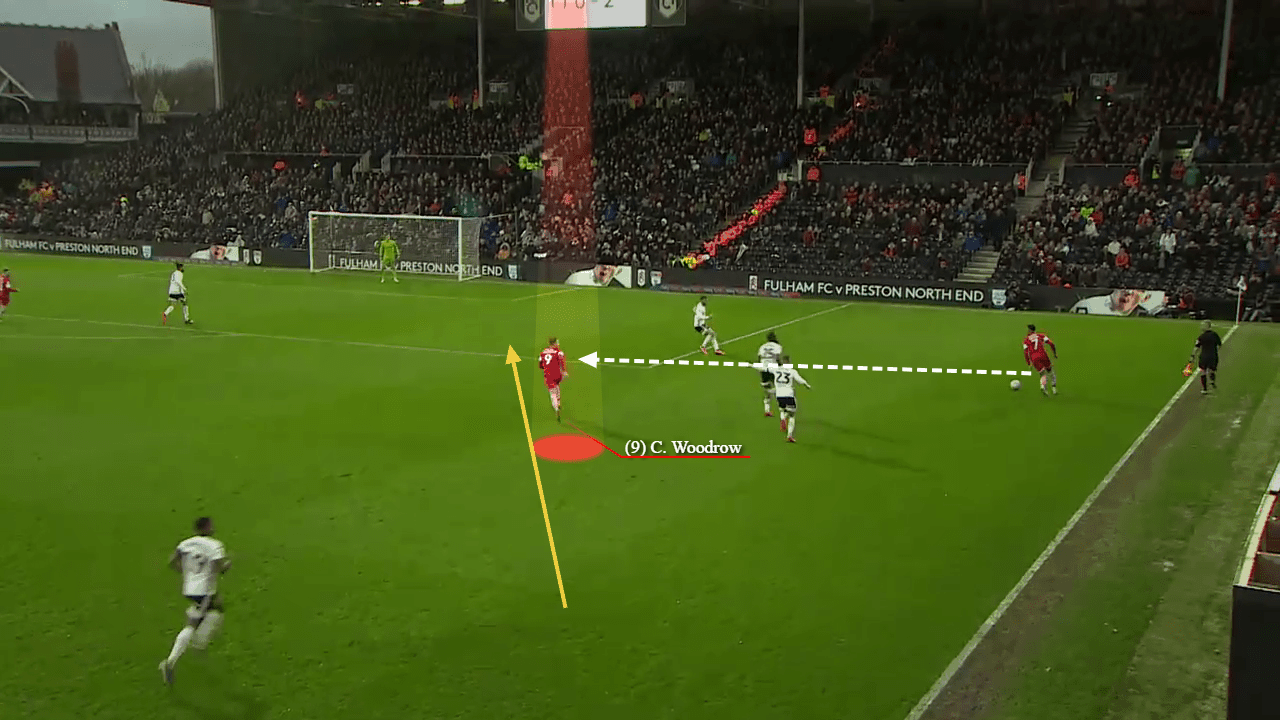 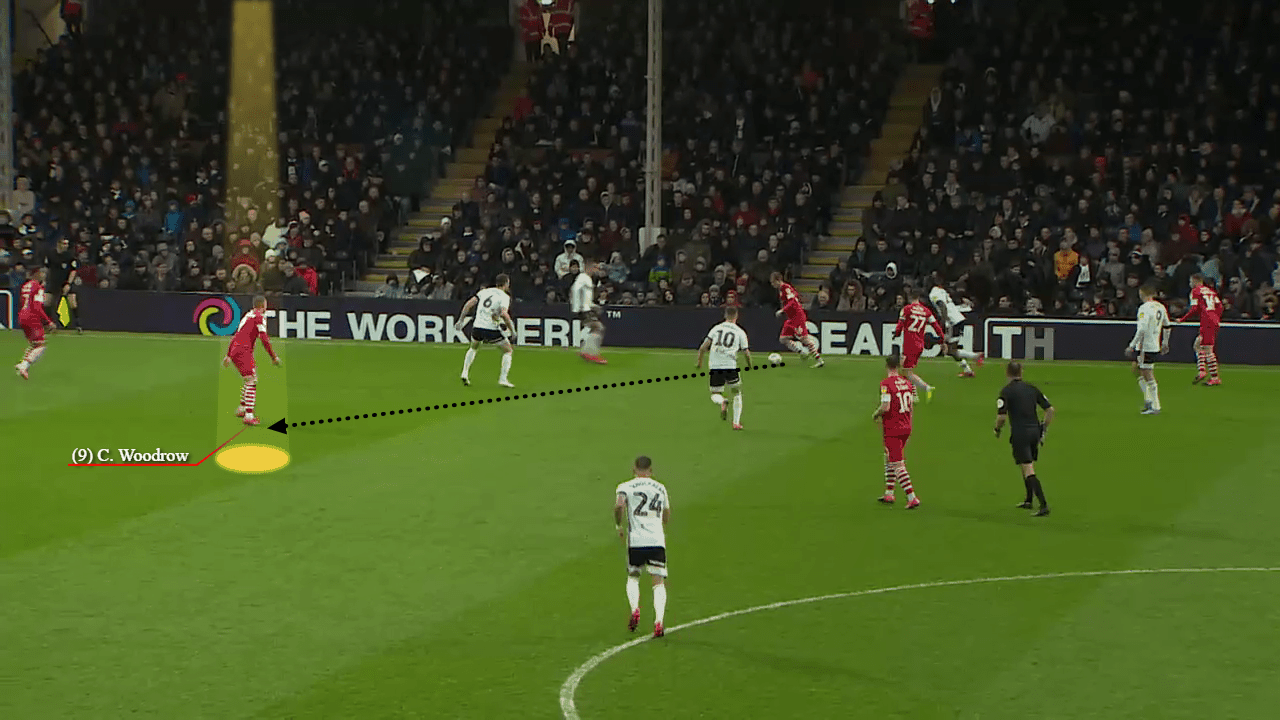 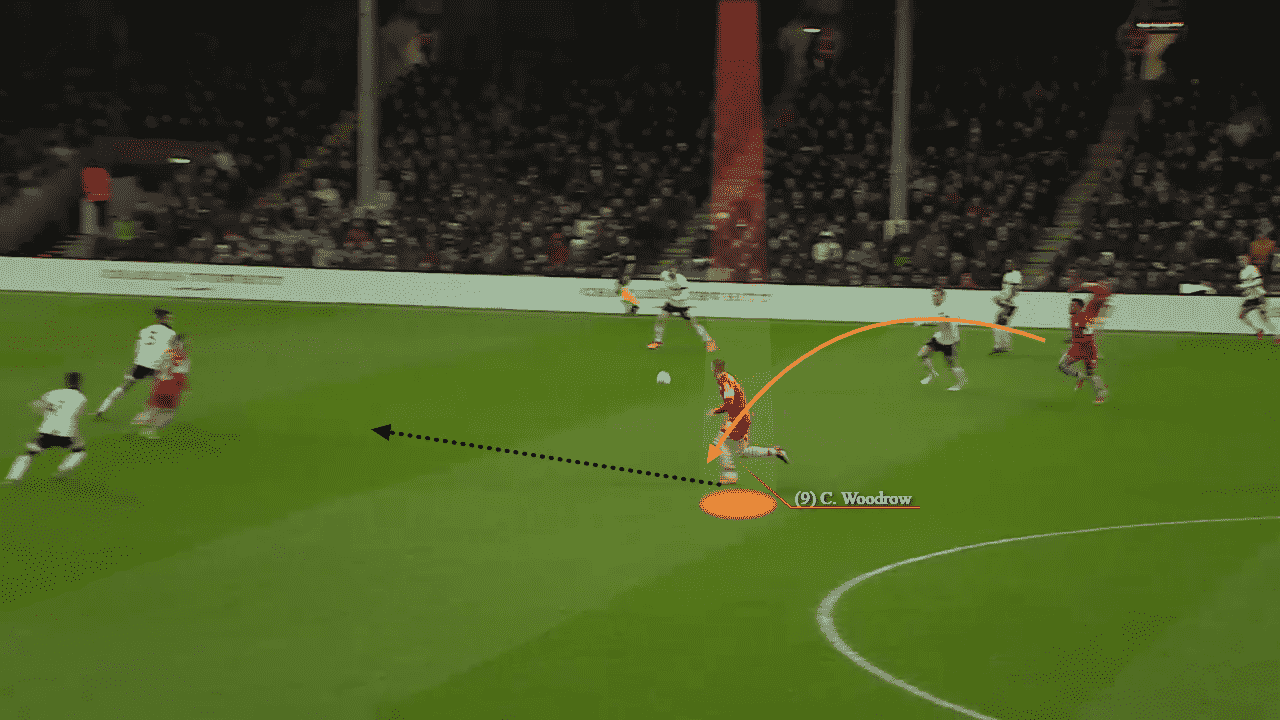 Quick to read the play and make his move, he always offers himself to be an option to add some impetus for Barnsley going forward.

A key byproduct of his movement comes from how it effectively pins and draws markers to generate space for others. By varying his positioning frequently, this subsequently alters defenders’ reference points while disrupting their rhythm and placing doubt in their minds on who should mark who, which often grants him the separation he or a colleague needs to impact.

Standing 184cms tall and with a hulking frame, Woodrow also provides a fine target for long balls, corners or goal kicks. Giving his side an outlet to go long if they can’t beat the press, his aerial presence is a valuable asset in terms of winning second balls so his team can regain possession higher up.

Some other little details he gets right come from how he scans and adjusts his body positioning when receiving the ball so he knows if he can turn instantly, take a touch, fire off a one touch pass or to protect the ball under pressure.

Able to hurt adversaries in so many ways, he’s a real force to be reckoned with on the offensive end, as so much of Barnsley’s finest work originates with him.

Barnsley’s former caretaker manager, Adam Murray, summed up his quality aptly after his two goal haul vs. West Brom, that included a sensational long range effort, saying: “Cauley is a player who has that in his locker – he’s not just a centre-forward who pops up in the box and scores the odd goal, his all-round play is fantastic and he scores goals from all different areas.”

While it’ll be a tall order avoiding relegation, if Woodrow can keep up his masterful form, the Reds’ chances will increase tremendously if their talented attacker can continue producing the goods.