Why Reece James is such a key man for Chelsea 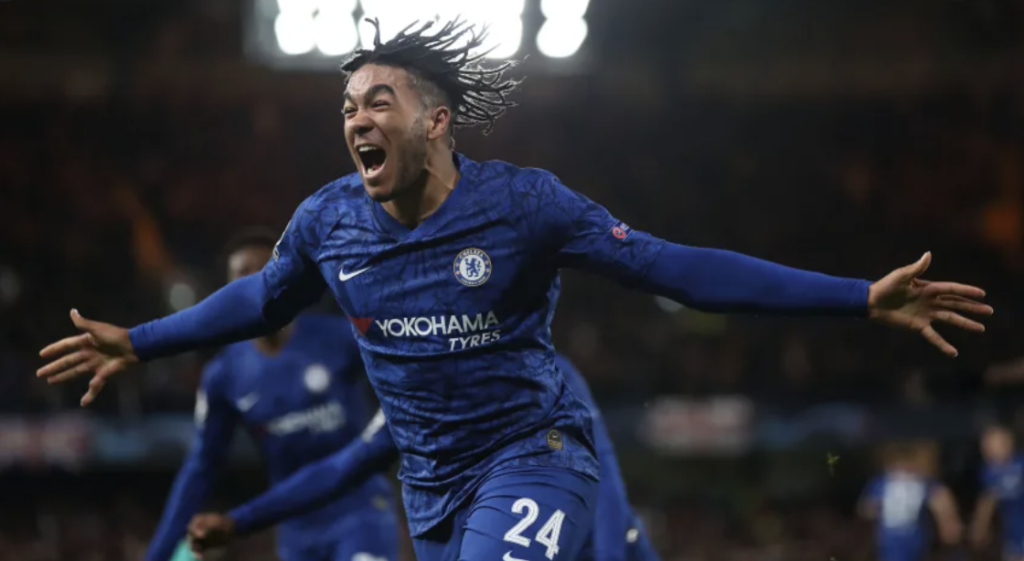 Fresh from making his England debut against Wales last week, this is just the latest step in Reece James’ rise to the top of the game.

Having first joined Chelsea at six, it’s been fantastic to see his all hard work and dedication rewarded, as he’s progressed impressively to handle the steps up in class he’s faced. With Frank Lampard clearly a huge fan of the athletic fullback and what he brings to the Blues, James is one of many exciting youngsters coming into the first team.

Making 37 appearances in all competitions last term for Chelsea, he’ll be hoping to build on this, as he yet again faces stiff yet healthy competition from Cesar Azpilicueta for the starting right-back berth. “The competition with Reece is very strong,” Azpilicueta stated on the club’s official website

“As I have said before, this is Chelsea and you have to fight for your place in the team along with many other good players. This has been the same since I arrived here in 2012. Reece is a fantastic boy, he’s a huge talent and he has lots of quality. I’m happy to try to help him and the team wherever I can.”

Coming along in leaps and bounds, his offensive work has been a massive highlight that gives his team another dimension going forward. An excellent crosser who fires in many lovely deliveries into his forwards, both from open play and set pieces, James provides quality service to Chelsea’s forwards. Quick to get his head up to assess his options, he tailors his crosses wonderfully to oblige his teammates’ runs. Accurate and weighting his balls superbly, his targets are given a fantastic opportunity to latch onto these deliveries to put chances on goal.

Able to hit lofted, driven or curling balls into the area from a wide array of locations, including from the advanced half spaces, the touchline or deeper positions, he has a cross to match most situations. The fact he doesn’t need much time to set himself and can cross off one step and strike first time crosses adds to his worth. Indeed, the images below give an insight into his aptitude in this regard. 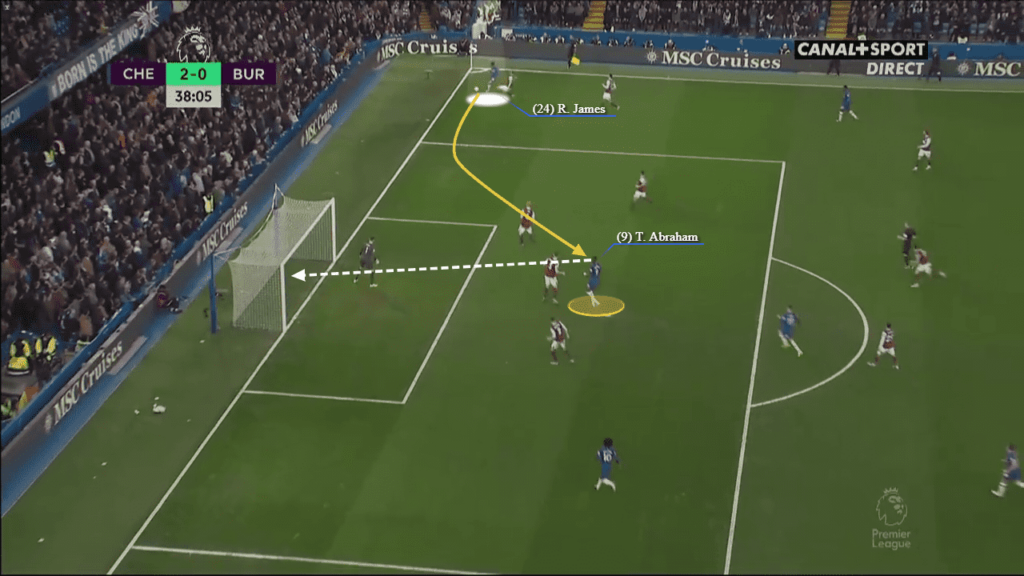 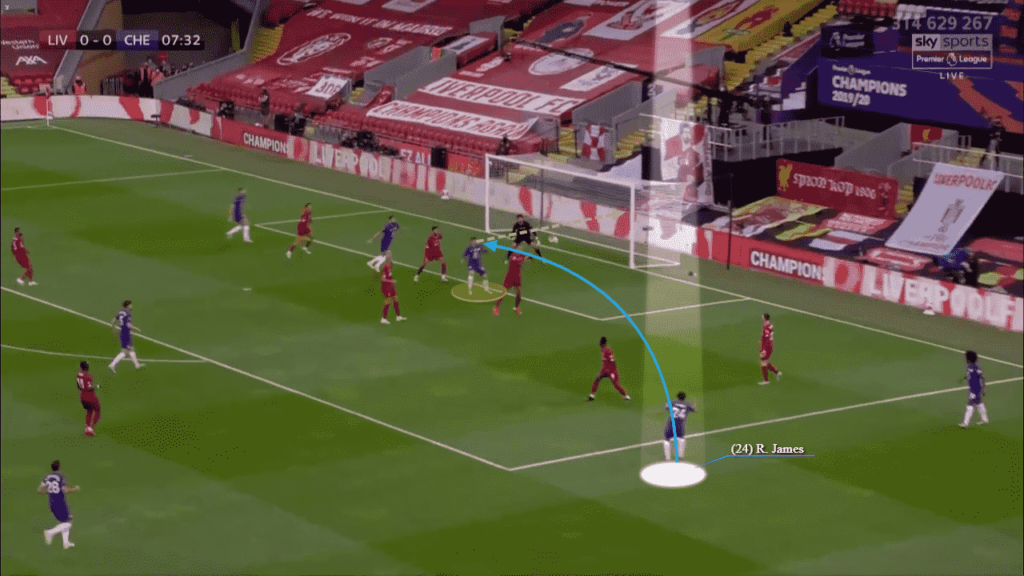 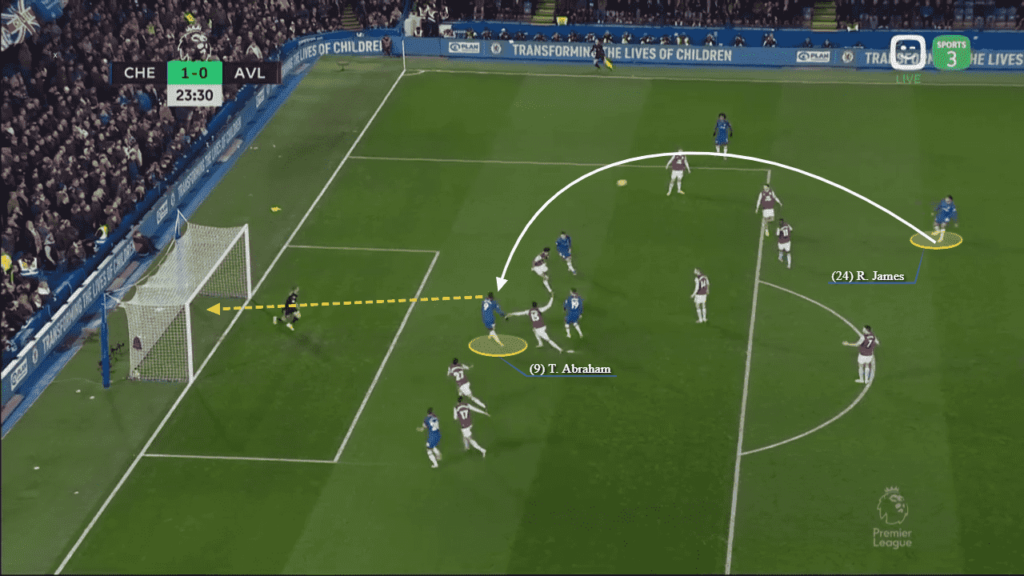 Also adept at launching shots from range, plus at hitting cutbacks, measured through balls in behind, and incisive diagonals into the feet of his attackers, that can crucially move opposition blocks two ways, this enhances his threat. If not hitting progressive passes, the 20-year-old has shown the required composure to recirculate possession with either foot while he waits for an opening. 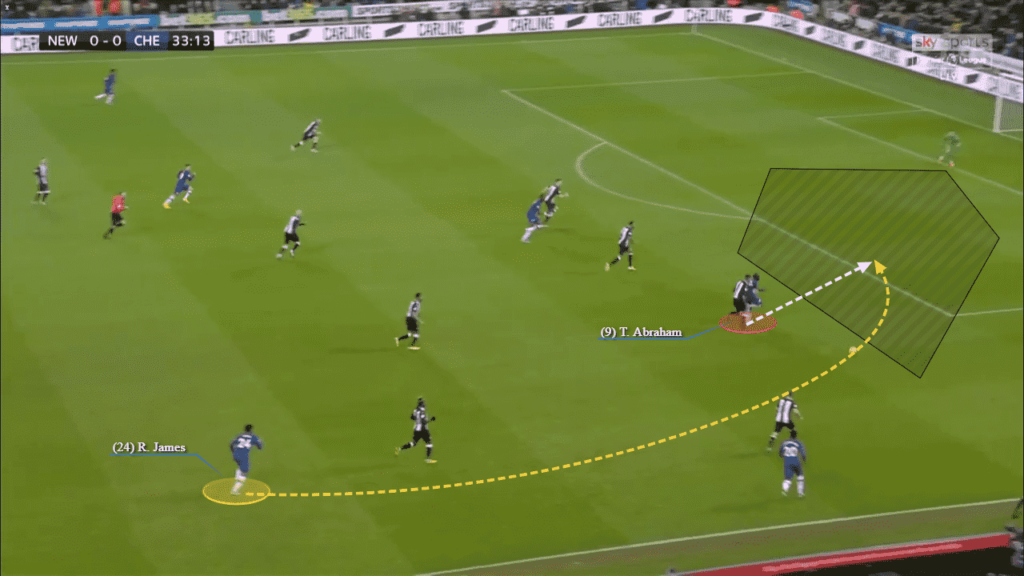 Meanwhile, once he gets on the dribble, he’s a real danger, with his blend of power, acceleration, pace and technique ensuring defenders find him a challenge to manage. Possessing the touch and control to weave away from danger, beat his man with feints, shoulder drops, nifty changes of direction and by driving beyond them with a quick burst of speed, he keeps foes on their toes.

The fact he’s so strong and can remain balanced in spite of harrying aids him admirably, allowing him to withstand pressure to maintain possession, as he looks for a viable option or motors past foes.

James’ positioning and timing of his runs ties everything together, for he knows when to stay deeper to help in build up, cover and when to bomb upfield into the final third. To focus on the latter, and he relishes marauding forward to join in attacks, with him adding width and depth to stretch opponents horizontally and vertically. As a result, this means he can subsequently receive switches of play to be in 1v1s or 2v1s to outfox his marker before then firing in a polished delivery into the area. 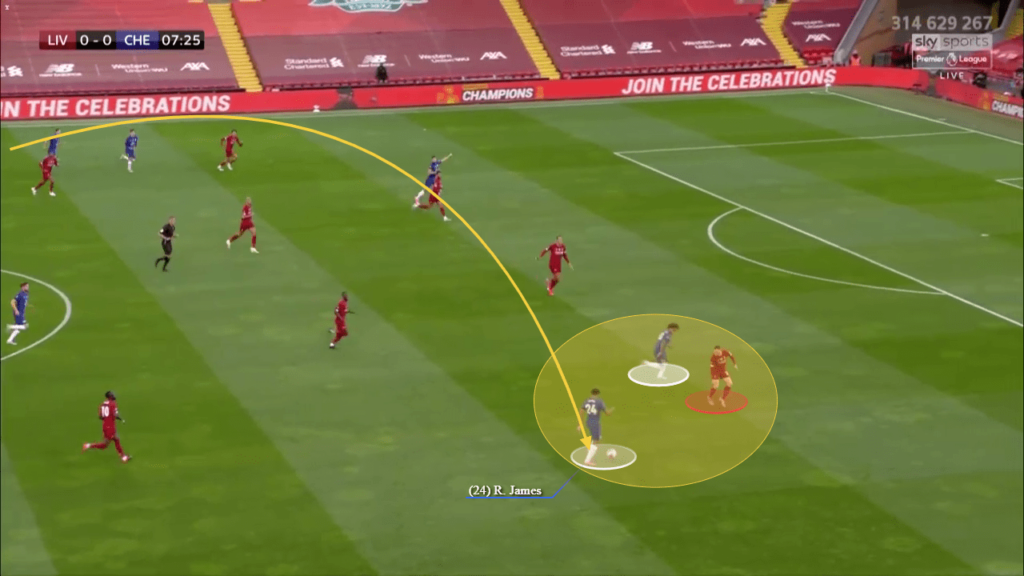 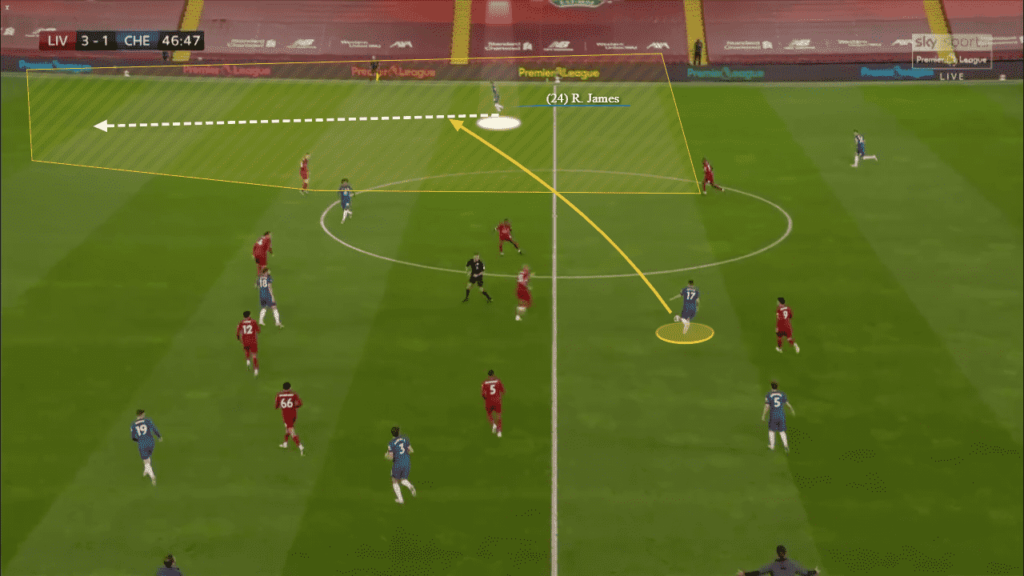 His blindside runs into the box are another feature, as these allow him to gain a dynamic advantage over his more stationary, awkwardly postured markers to use his leap and aerial prowess to attack crosses. 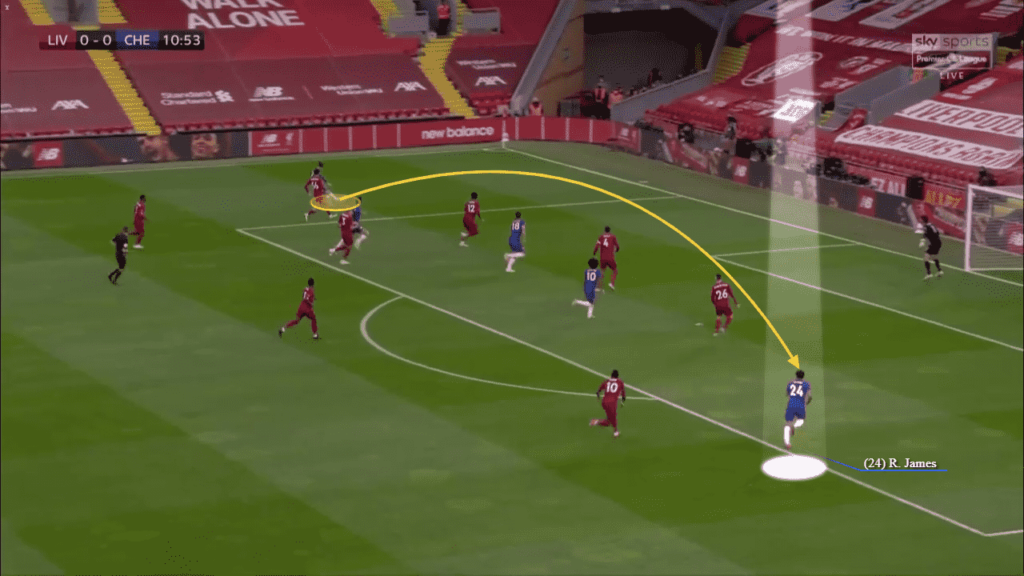 An excellent contributor on the defensive end to boot, it’s little wonder why Lampard rates him so highly. “Reece is a weapon for us in attack with his crossing – we need to get on the end of them more – but he is also very solid defensively,” Lampard insisted. “When you think of his age, you can get excited about Reece. There’s a lot more he can do, but I’m really pleased with how he’s developing.”

Unquestionably one of the brightest prospects in English football and already an integral component of this amazingly talented Chelsea outfit, James’ future unquestionably looks like one that’ll be full of upside at his boyhood club.