Why Fenerbahce’s Ferdi Kadioglu is an interesting target for Derby 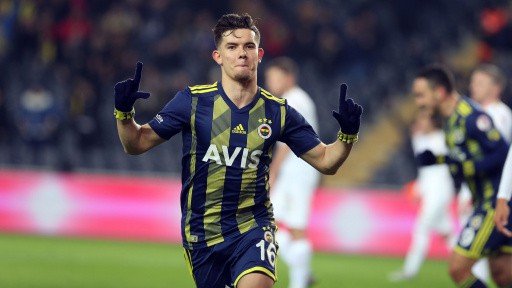 When the news broke that Fenerbahce’s Ferdi Kadioglu was reportedly a transfer target of Derby County, there was much intrigue sparked by Rams fans.

With Derby manager, Phillip Cocu, knowing the player extremely well from his time at Fenerbahce, as he was the man who signed Kadioglu for the Turkish giants, the rumours certainly make sense.

Cocu clearly rates the gifted attacking midfielder highly, and there’s no doubting a reunion would add another spark to Derby’s attacking plans. Capable of playing on either flank or as a number 10, his technical qualities, intelligence and huge scope for improvement make him an exciting prospect.

Seeing as the player recently stated his desire to remain in Turkey for now, any potential move will have to wait. But he’s definitely an interesting target and shows that the Rams are spreading their net in search of potential new signings.

An extremely skilled operator with the ball at his feet, the Dutch youth international’s Velcro like ball control, usually immaculate first touch and ingenuity to beat his man ensures he’s a tough adversary for any defender. Receiving the ball in sound postures so he can either protect the ball, orient his first touch where the space is or turn his man smoothly, this puts him good stead to breath life into attacks.

Possessing a wicked turn of speed and able to change direction rapidly, this in combination with his sharp feints, shimmies, shoulder drops, shot fakes and nutmegs, ensure he’s a menace to handle 1v1. Due to the above, plus his low centre of gravity and decent strength, this means he wins many fouls in dangerous areas and can be hard to push off the ball.

Very comfortable on the ball and with opponents knowing his skill, he regularly draws multiple opponents that can crucially open up space upfield for teammates to explore.

When it comes to executing his passes, there’s been much to admire, for he backs himself to unlock and unbalance backlines with some incisive defence splitting through balls, neat flicks and lay offs in and around the box or nifty cutbacks. Although his ambition can see him turn the ball over at times, any positives far outweigh any negatives, for having a difference maker in the final third is so vital. 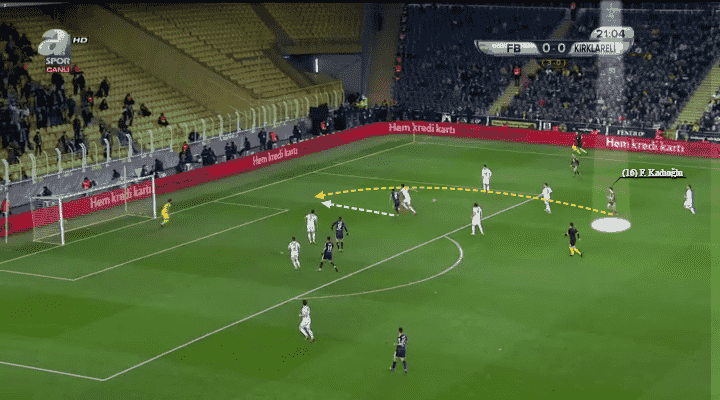 If a potential pass is deemed too risky, he’ll usually instead calmly recirculate possession while his team waits for a more suitable option, something that’s been good to see, showing he doesn’t always favour the high risk outlets.

Kadioglu’s crafty movement brings everything together, with this putting him in excellent positions to support, animate and facilitate many offensive forays. At his best when granted a degree of freedom to roam within his designated area of operation, he’s very adept at evading markers and identifying space.

Recognising when an opponent is out of position, preoccupied or ball watching, he makes his move to take advantage of openings. This allows him to receive in between the lines and in the half spaces, where he can drive forward and look to weave his magic in the final third. 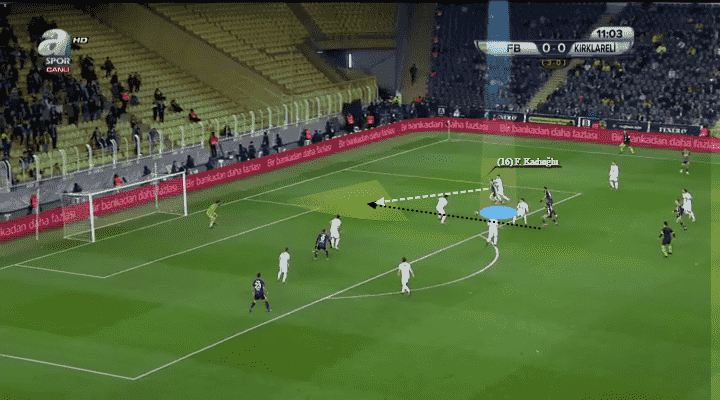 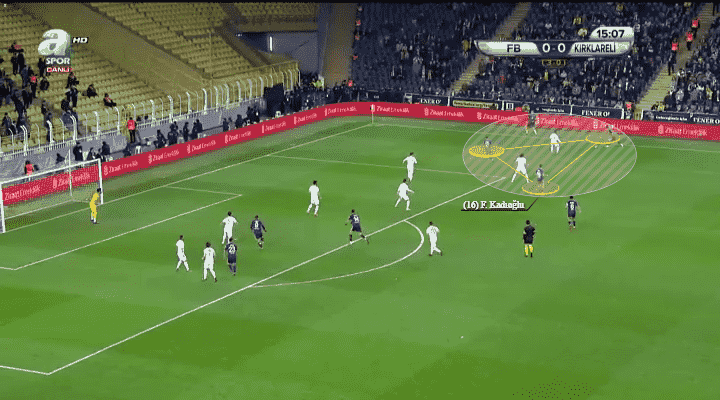 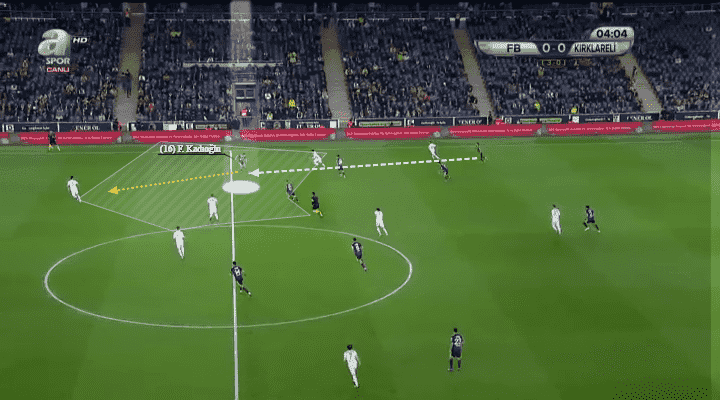 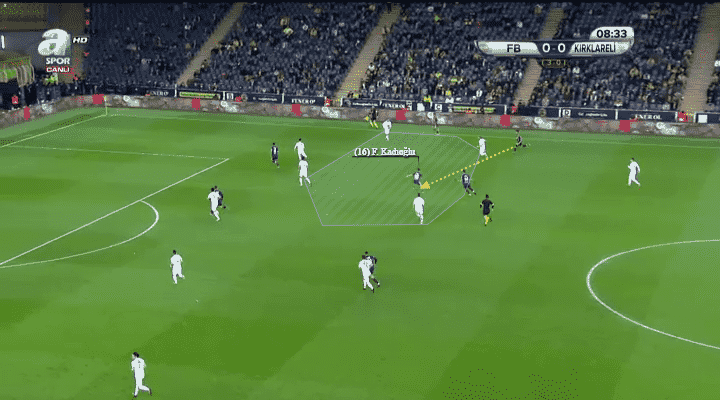 Moreover, how he drops to dictate play from deeper and hugs the touchline to use his 1v1 qualities adds to his threat, for his playmaking and dribbling skills can be highlighted nicely. 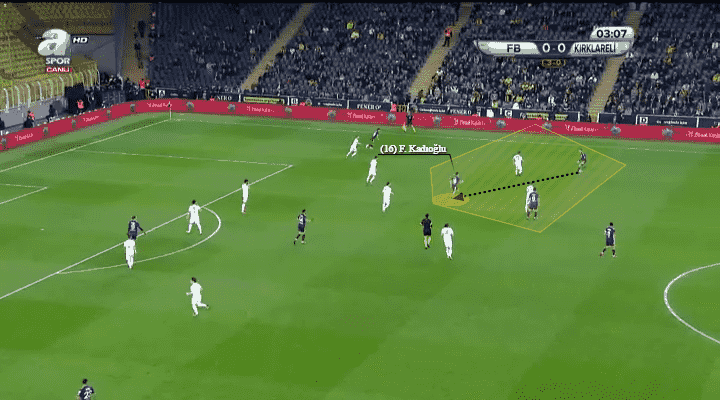 It warrants mention how he exposes the blindside of opponents with neatly timed movements and moves out of opposition cover shadows to be an outlet for the ball holder, thus maximising their options. The way he performs zig zags, stop gos and double movements duly amplifies his nuisance, for this gives him the separation he needs when bursting into the box or finding room to be an option. 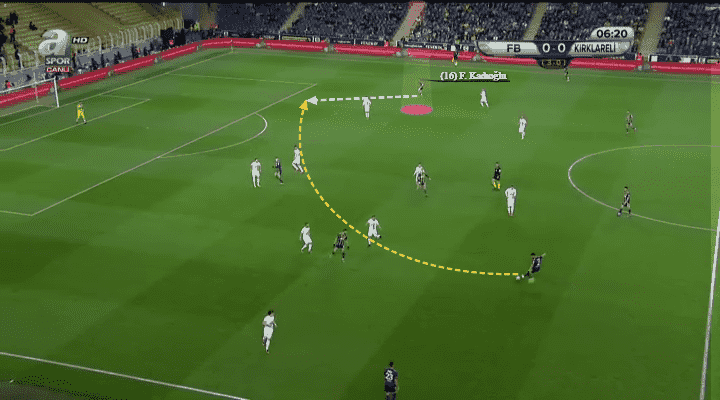 Lastly, smooth rotations across the frontline with his fellow frontmen, plus how he strategically forms numerical superiorities to help progress beyond opponents and draws foes to generate room for others, has compounded issues for his enemies. 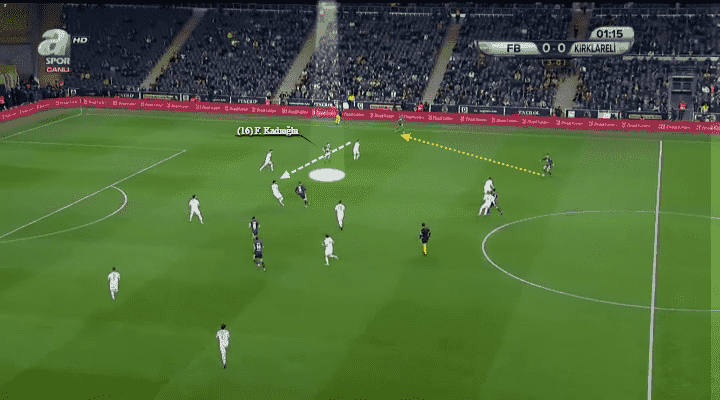 Despite his relatively small sample size of first team action, some encouragement can be extracted from his stats that state he’s completed 3.01 dribbles per game, 2.03 shots pg, 0.35 assists pg, 1.96 shot assists pg, 3.36 touches inside the box pg, 1.4 progressive runs pg and 4.55 accurate passes into the box and final third pg.

Having scored four goals and supplied three assists on his way to making 23 appearances in all competitions, he’s certainly gaining valuable minutes and experience with Fenerbahce even if he’s only made eight starts.

Integrating smoothly into life at Fenerbahce and on the right path, it’s probably sensible for now that he remains in Turkey. But down the line, if he can’t make his desired progress, a move to Derby and a reunion with Cocu would certainly be a fine move.