What is football? The beginner’s guide to the beautiful game 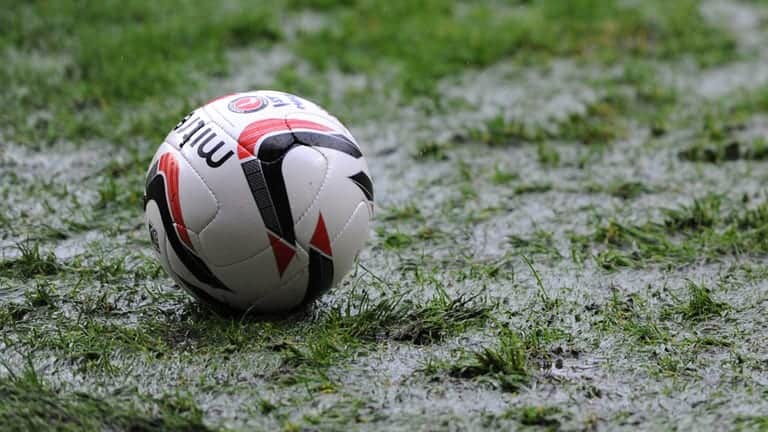 The Fédération Internationale de Football Association (FIFA), the body that governs the game, estimates that more than 1.3 billion people are actively interested in the football around the world, which makes football the most popular game in the world by a mile.

Decades ago, something about football took the world by storm and turned what a simple game into a lifestyle – a competitive sport that would see the most talented players being paid millions per game. But what makes it so special?

Football, which is also often referred to as soccer outside the UK and association football throughout Europe, is a game of two teams and one ball – the football. Each team has 11 players and, using all parts of their bodies apart from their arms and hands, must try to get the ball into the other team’s goal.

The goal is, typically, a large rectangular frame with a net attached to the back. However, amateur games often just use markers such as traffic cones or, if you’re a teenager, sweaters or bags. When it’s not professional football, the rules are often relaxed.

It’s the goalkeeper’s job to stop the football going into the net. Each team has a goalkeeper who, as an exception, can use their hands to obstruct the ball. Although, they’re only allowed to do so in the penalty area – a small area in front of and around the goal.

In football, the team that scores the most goals by the end of the game wins. The standard length of a game is 90 minutes with a short break, known as ‘half time’, at the 45-minute mark. However, youth football games are often shorter – typically, they only last 45-60 minutes.

Where can you play football?

Professional football games always take place on a full-size pitch, which must measure 90-120 metres (m) in length, with a width of 45-90m. However, football can be played anywhere.

Since the game was first played, it has been played in the streets, gardens, community areas, school halls and even in war zones.

One of the most famous examples of football being played under unlikely circumstances in the First World War and the Christmas truce of 1914, where German and British armed forces left their trenches and entered No Man’s Land, where they’re reported to have played football and sung carols for just one day, before resuming fighting.

The history of the game

Football has a detailed history that spans centuries. Some of the most important moments for the game since it was first played include:

Signs of football in China in the third century BC

History books states that the Han Dynasty played Tsu’ Chu, a game with remarkable similarities to football. It involved kicking a feather-stuffed leather ball through a small opening made from cane and netting.

‘Harpastum’, the Greek’s take on football

Greek texts describe a game in which two teams had to try to get the ball over the other team’s boundary line. The game was played on a rectangular field with a marked centre line, which sounds very similar to modern football pitches.

Football chaos in Britain in 1314 and beyond

The Lord Mayor of London banned football, or a similar game as it was known then, in 1314. You could even be sent to prison if you were caught playing football in the city.

Football as a distraction

For the 100 years France and Britain were at war, football was deemed illegal as it made soldiers unfocused.

The modern embrace of football

After centuries of negativity surrounding the game, football thrived in the 19th century and beyond. Villages would come together to play against each other, which is still very much the case today.

Independence in football in 1863

Association football and rugby football used to be under the same umbrella, but they were separated in 1863, which is when the Football Association was born.

In 1871, the specifications of the ball used in football were set by the Football Association and have, near enough, stayed the same since.

The Association was founded in Paris in 1904 and now dictates the sport, with more than 73 members. It’s since FIFA was started that leagues have been standardised and football has become a global phenomenon. It has been growing ever since; the Association now has 208 international members.

Of course, there are many other significant moments in football, but it’s the above that, for the most part, gets us to where we are today.

There are more than 600 football clubs in England alone, which means there could be hundreds of thousands of clubs across the world.

There are a variety of essential football leagues you should be aware of, including:

There are many other leagues out there, but the above are the ones you’ll often hear talked about on television, in football publications and down the pub.

Football in various forms spans centuries. It’s the most popular game and sport in the world, watched by billions and played by millions every year. There are hundreds of thousands of football clubs around the world – including local teams you can join. If you’re someone with a flare for competition, it could be the game for you.