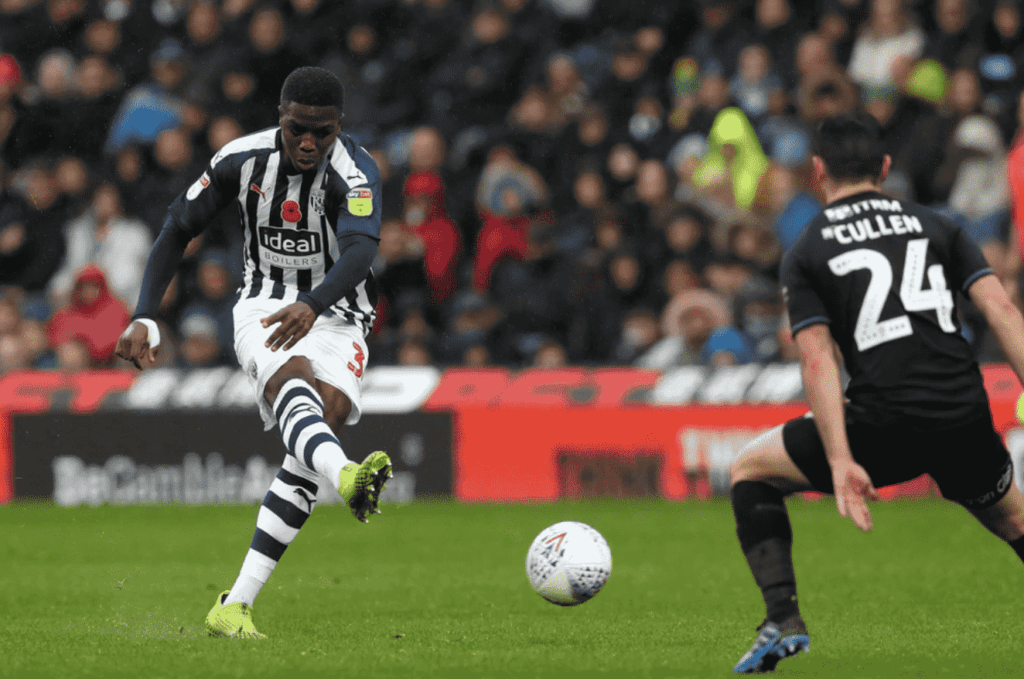 Despite Nathan Ferguson’s proposed move to Crystal Palace falling through in the January transfer window due to the Eagles uncovering a knee issue, it appears they remain intent on signing the talented youngster.

While it’s slightly strange to think Palace would enter back into the race to sign him considering negotiations between West Bromwich Albion and Palace weren’t so smooth after the injury was found, with each side debating how bad the ailment was, the fact Ferguson’s contract expires in the coming months, thus minimising his cost, appears to be a driving factor.

With Juventus, Marseille, Schalke 04 and Atletico Madrid also reportedly interested in the exciting fullback, who’s produced many promising displays throughout his 21 appearances for West Bromwich Albion, Palace will certainly have their work cut out signing him.

Having rejected three contract offers by WBA, it appears Ferguson, who joined the club as an eight-year-old, has his heart set on leaving, which is a huge blow for the Baggies. They’ll just be hoping he miraculously changes his mind, for he’s an extremely gifted prospect and one that looks destined for a bright future.

Operating predominantly as a left back within Slaven Bilic’s promotion hunting side, Ferguson’s energy, confidence and ability has shone through. Defending adeptly in many scenarios, he applies his interventions and tackles with conviction. Quick to read the play and spring forward to intercept passes before they arrive at their intended target, pouncing quickly is key towards his success here. 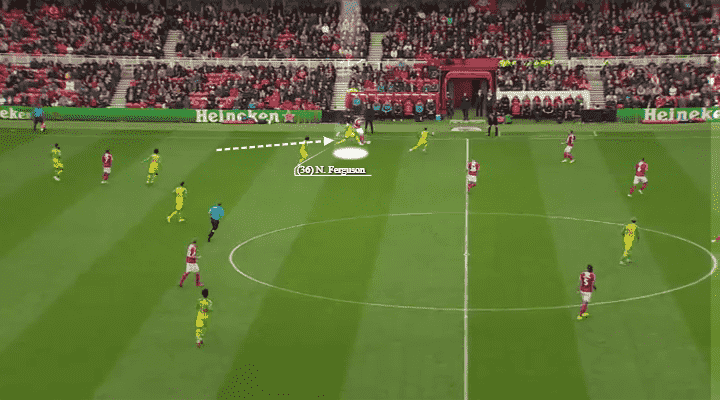 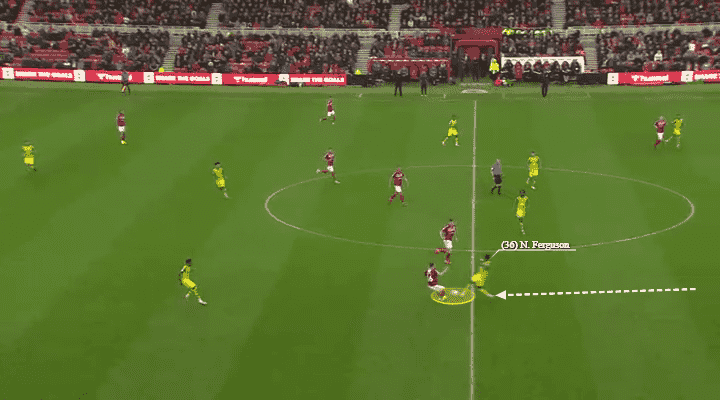 He’s also sharp to react when his man drops deep, for he looks to get touchtight so they can’t control cleanly, turn him or link play, which consequently can result in a turnover.

Although his positional sense, spacing and coordination with his backline is constantly improving, there has been the odd occasion when he’s been caught ball watching or slightly out of position. But thankfully his wicked pace has seen him recover many a situation both for himself and when supporting a colleague.

Indeed, his speed has notably served him brilliantly when tracking runners in behind or in transition, thus meaning he can snuff out danger and slow down attacks so teammates can get back into position to be better equipped to deal with any potential dangers.

Competing hard in aerial duels, it’s been encouraging to see his heading prowess, with him winning 1.80 aerial duels per game. Boasting an electric leap and a sound judger of the ball’s path, Ferguson times when to launch himself at headers. While not super tall, the 180cm defender’s aptitude here is great against opposing wingers who are usually similar in size or smaller. Moreover, he’s proven what a key asset for Slaven Bilic’s men he is when defending set pieces. 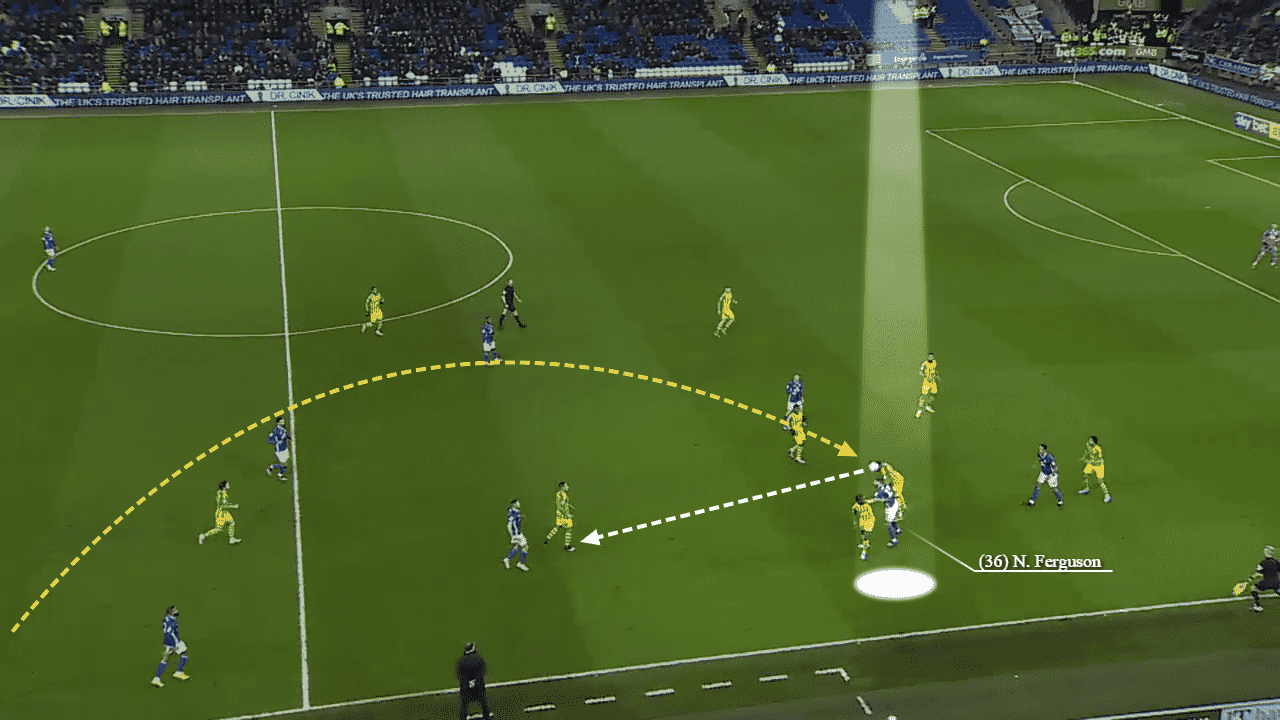 Meanwhile, on the offensive end, the dynamism and athleticism of the youngster have been huge upsides. Always keen to get forward when the opportunity presents itself, Ferguson adds vital width and depth to attacks on his way to stretching defences horizontally and vertically.

Timing his runs and coordinating them well with his winger, he mixes things up by either overlapping or underlapping, which gives the opposition an additional aspect to consider. 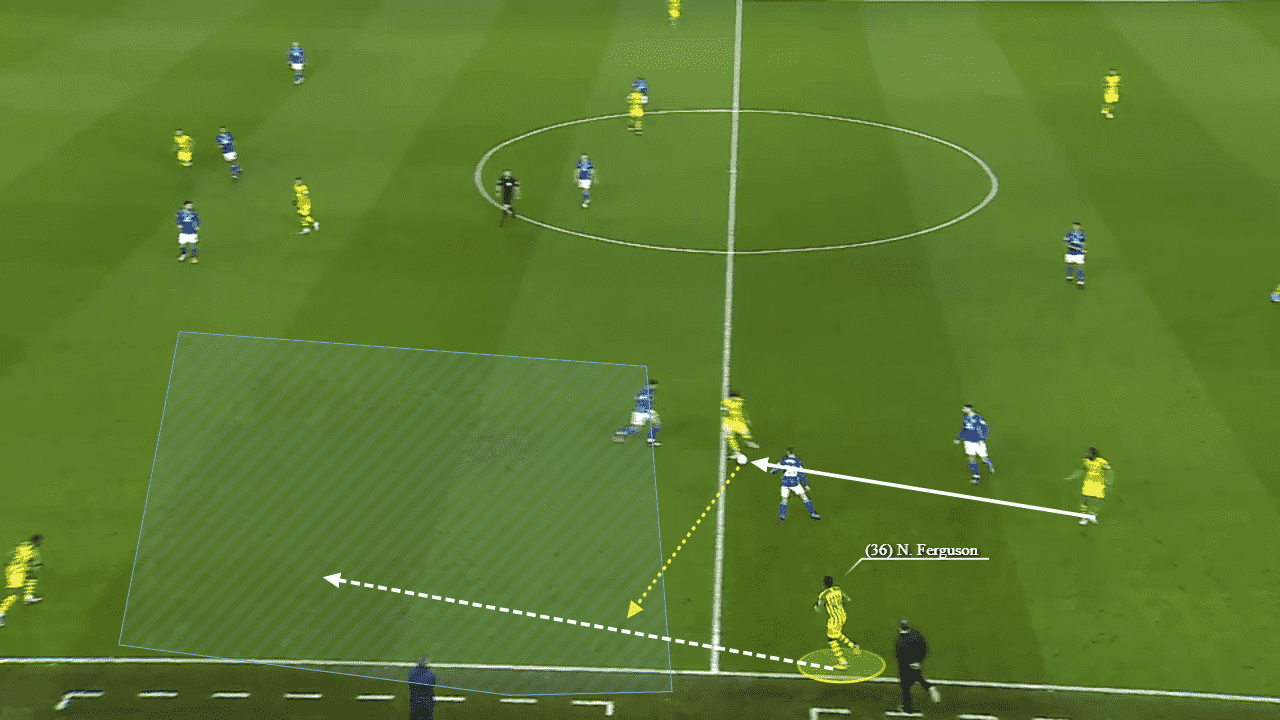 It’s important to note how he’ll stay deeper if many numbers are already committed forward and provide protection in case WBA lose the ball and are countered quickly.

Furthermore, when supporting his team’s methodical build up, it’s been positive how he helps form triangles and diamonds with his teammates. Not only has this helped give many nearby passing angles to the ball holder, but it also creates 4v3 and 3v2 numerical and positional superiorities to aid in breaking through. 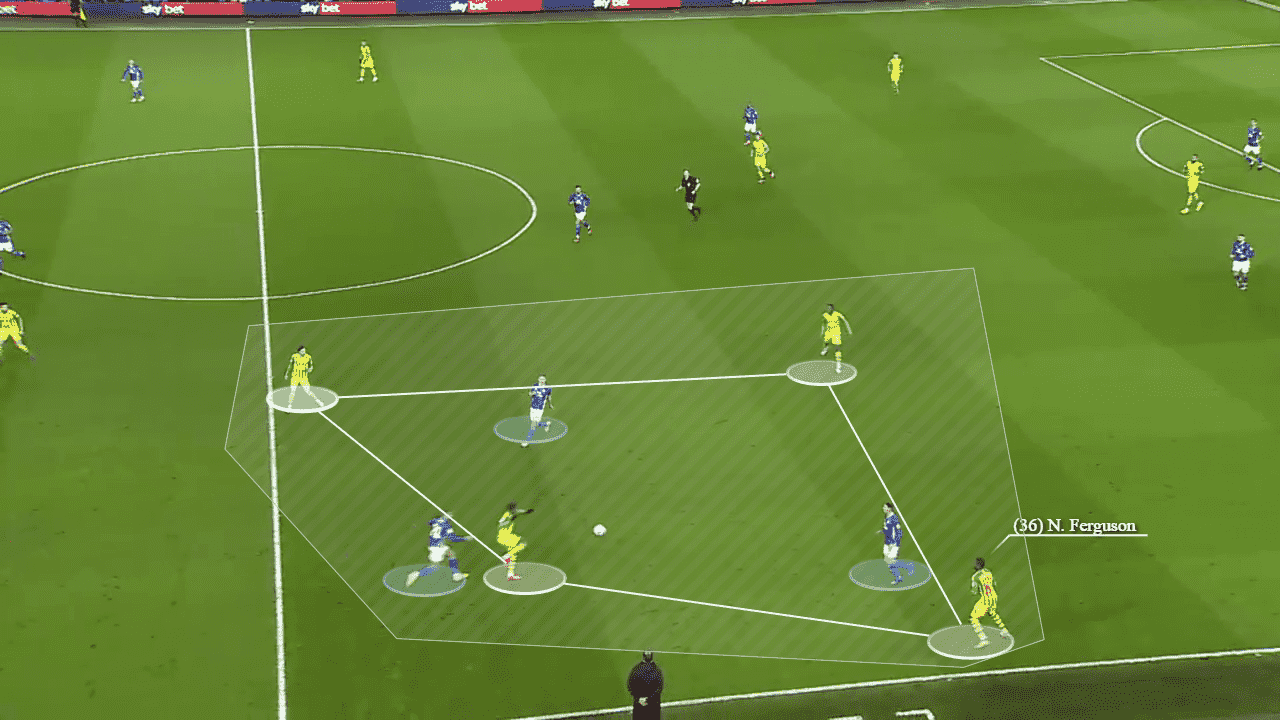 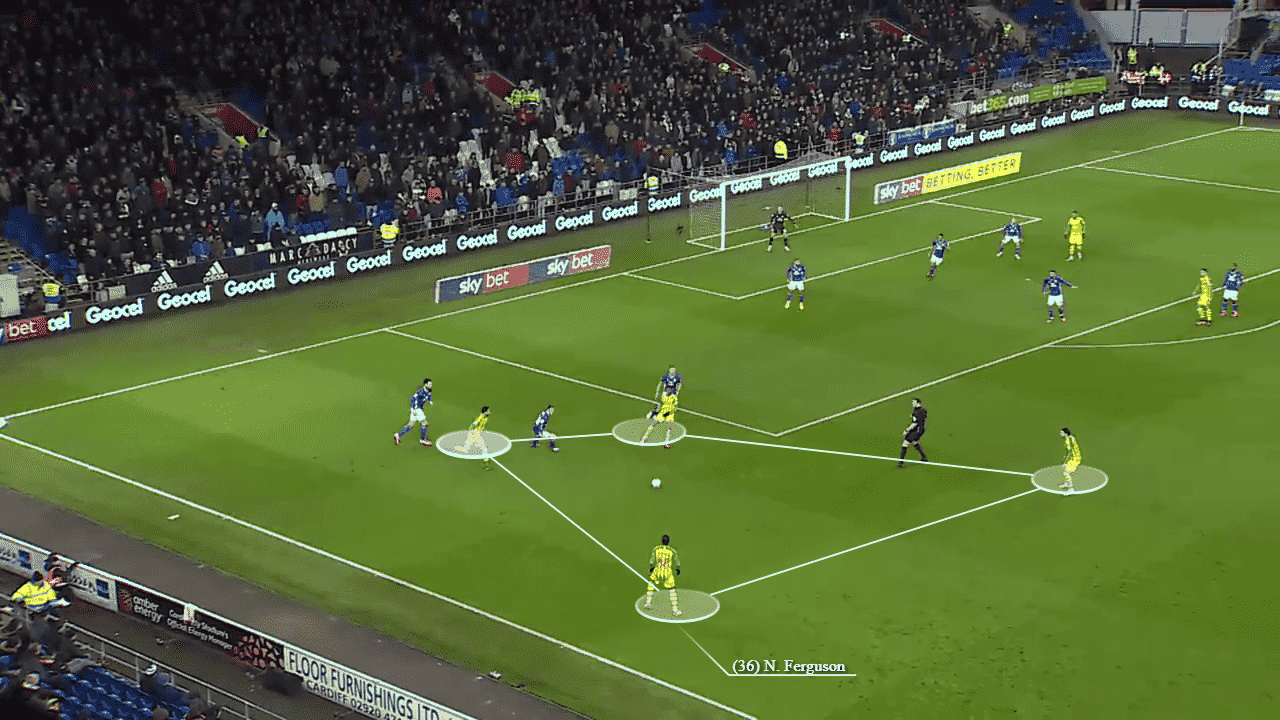 Once in possession, Ferguson’s neat and tidy with his linking and combination play, as he helps connect attacks soundly. Furthermore, when the option of playing a line breaking forward pass, booming switch of play, wicked cross or a splitting through ball arises, he’ll duly take it. 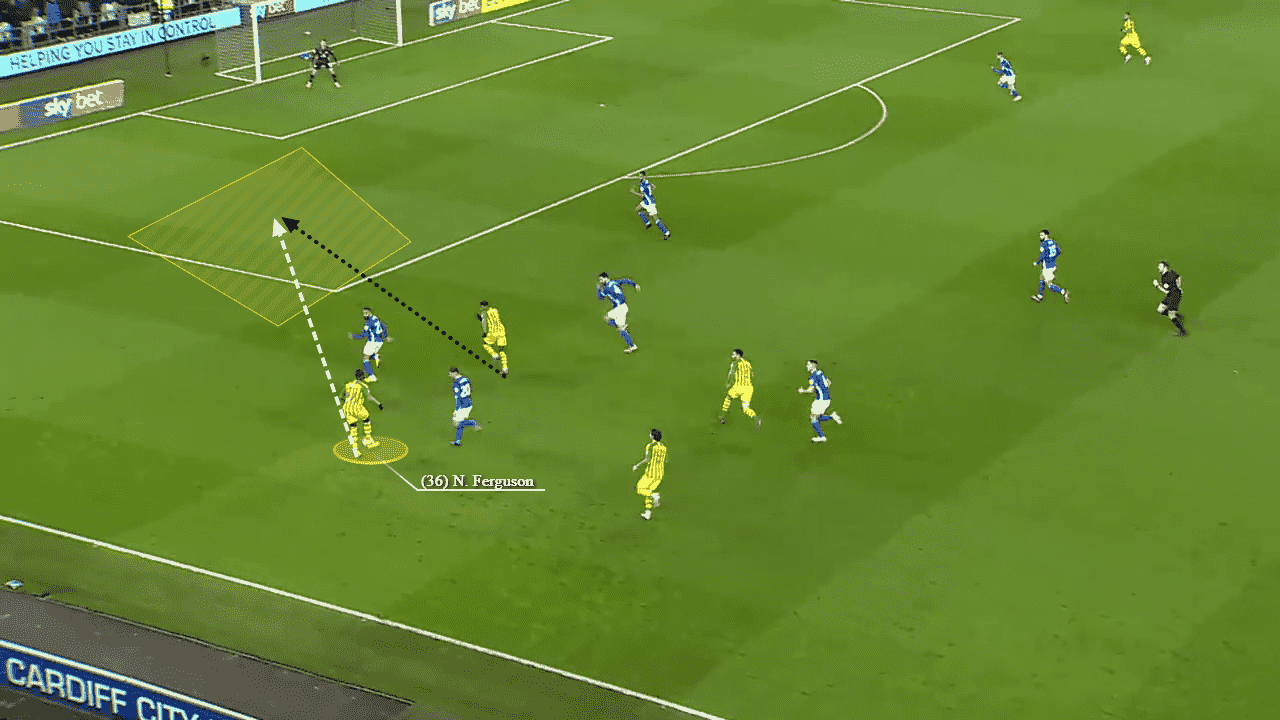 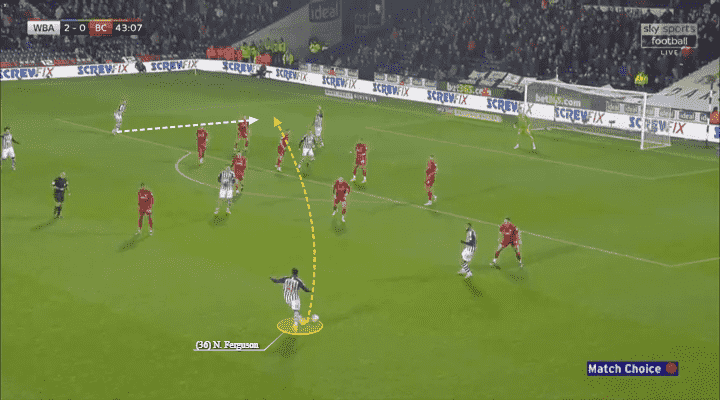 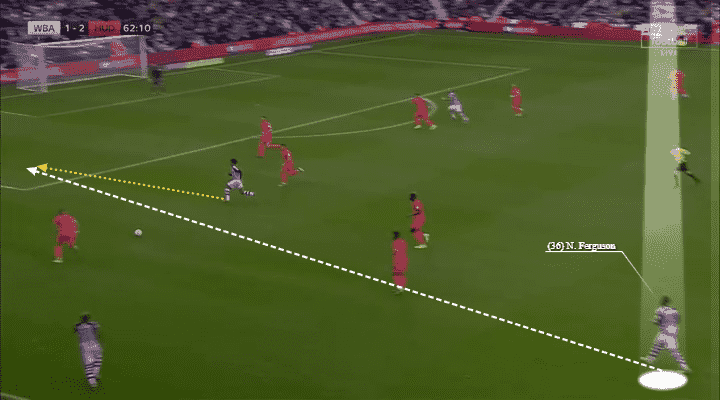 With his passing already at a good level, it’ll be interesting to see him develop his game here, for he’s got all the tools to be a real weapon. Indeed, his 37.17 overall completed passes per game at 82%, 2.42 accurate long balls pg and 5.09 accurate final third passes pg at 72.2% depicts his strong base here.

The jet heeled fullback accompanies the aforementioned with his dribbling, thus seeing him cause many issues for defenders due to his pace, skill and control. So hard to stop once in full flight, if there’s space ahead he’ll knock the ball beyond his man and beat them. In addition, through using neat alterations in pace and direction, plus the odd feint or shoulder drop, this enhances his 1v1 quality.

Bilic clearly rates the ambitious, mature starlet, asserting: “Nathan has a mentality that reminds me of Declan Rice. He’s only 18 on paper but his mind is 25 or 27 – he’s not a kid. He’s only a kid in a positive way in that he’s not afraid to take the ball forward and have a shot.

“It’s our job to keep him humble but there’s no doubt that he has an extremely bright future and a great career in front of him.”

Possessing so many of the ingredients required to be a success in the modern game, time will tell how he fares fulfilling his immense potential. Seeing as his future appears to lie away from the Hawthorns, he must choose very carefully where he’ll be plying his trade next, for a bad decision could be very damaging indeed.

Let’s just hope he ends up somewhere where he obtains regular minutes so he can keep on his eye catching upward trajectory.