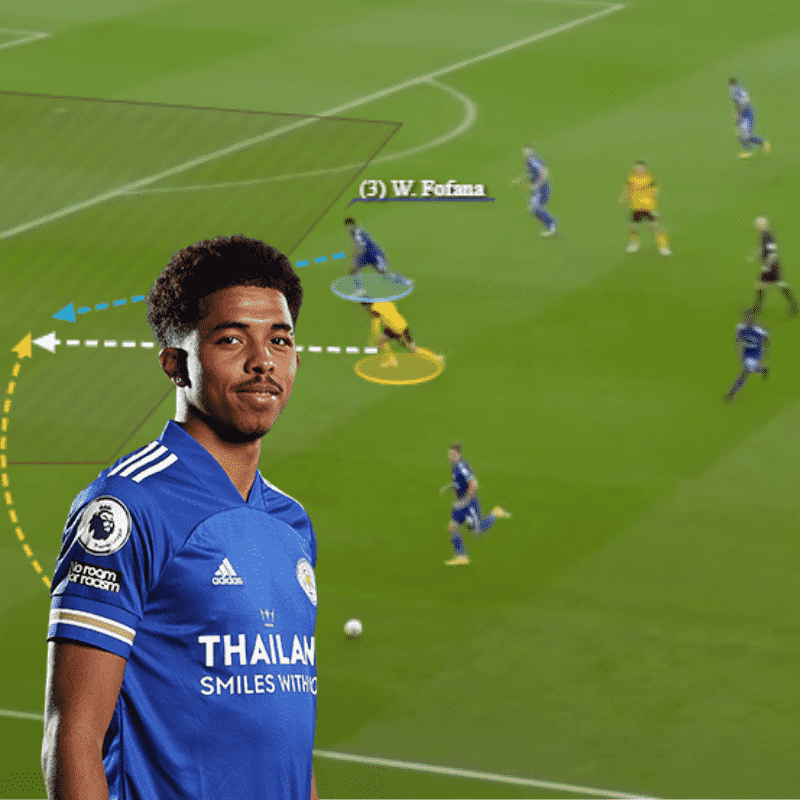 Although many eyebrows were raised when Leicester City spent a staggering £32 million to bring in Wesley Fofana, there’s no doubting it’s been money well spent.

With pressure high to translate his sterling form for Saint-Etienne in Ligue 1 into the Premier League, the 19-year-old’s adapted seamlessly to arguably the most demanding league in world football. Instantly slotting into the Foxes’ backline, he’s been nigh on flawless, with him oozing confidence, assuredness and authority.

Playing with a maturity that belies his tender years, it’s been impressive to see him not just holding his own but starring for his new club. “We knew he was a top player for someone so young, and when we spoke to people out there and seeing all the clips, you could see he has anticipation as a defender, he has speed, he has aggression, he defends forward, so all the attributes we like here,” manager Brendan Rodgers gleamed.

“I think the surprising thing is that if you look at the seven games he’s played and the level of the teams we’ve played, and the consistent run of games, how he’s coped with that. He’s absolutely colossal for a young guy.”

Unfazed by playing at the elite level, it’s important to note how well he’s done against some truly excellent teams such as Arsenal, Leeds United, Wolverhampton Wanderers and Aston Villa.

Defending with conviction and intelligence, the Frenchman’s undertaken his responsibilities extremely effectively. Attentive and remaining concentrated, he’s shrewdly picked up opponents’ movements and acted accordingly. Be it tracking runners in behind, into the channel, into the box or when they drop deep with their back to goal, he’s rarely been caught out. So quick to react to triggers like a pass to feet, a slowly hit pass, if his man is receiving back to goal or in an open posture and when he sees the ball holder preparing to strike the ball, his alertness has certainly been a highlight. 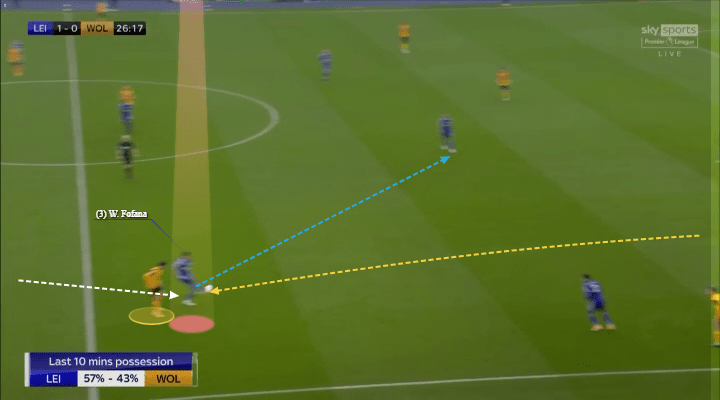 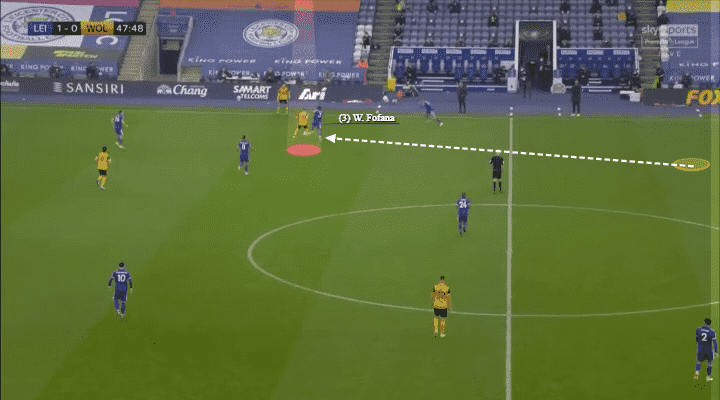 Blessed with good pace and acceleration, this helps him keep up with runners so he can recover his position, support a colleague and when he steps out to apply an intervention. 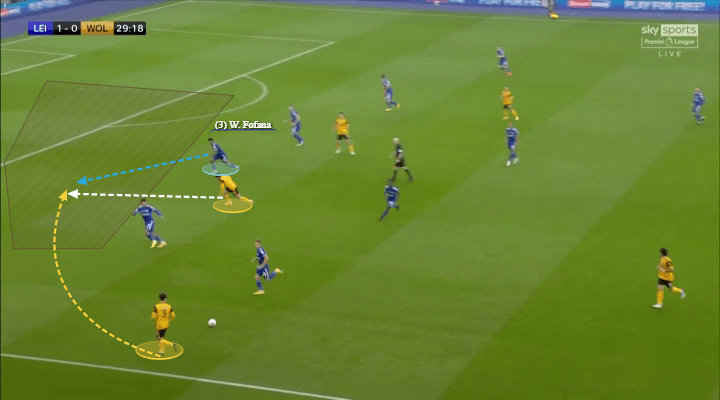 Communicating well with his defensive colleagues and developing his understanding with them with every passing week, Fofana’s usually been well spaced and in line to manage threats. This has seen him shift across, drop back, push up or cover a colleague’s position if they step out, which has helped them maintain their organisation and structural security. It’s also been key how he and his comrades have passed on marking details so they can maintain solidity in their designated zone. 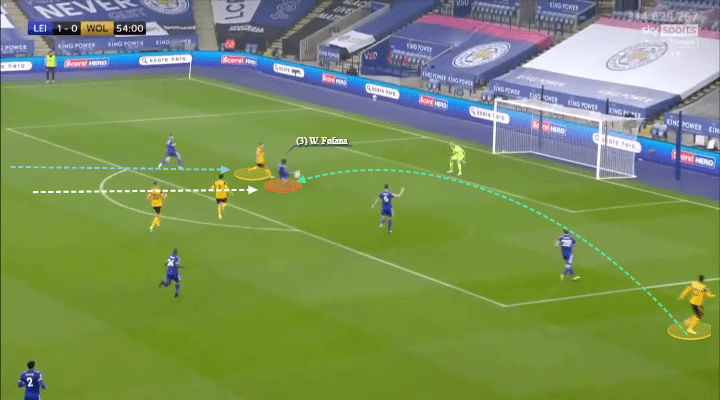 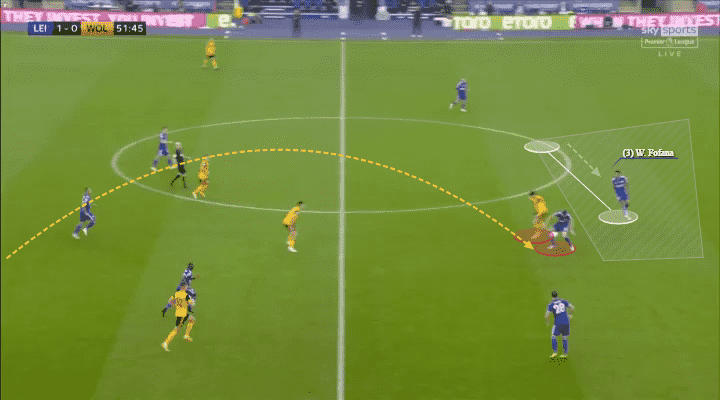 Reading the play smartly and quick to react to situations, Fofana has done an excellent job of covering the space behind his wingback when they maraud upfield. In doing so, this has provided cover in the event of a turnover so the Foxes aren’t exposed on the counter.

Acquitting himself soundly in aerial battles, the languid stopper 1.90 stopper has used his judgment, leap and height to frequently win his duels. Indeed, his worth here has been evident in set-pieces at both ends, goal kicks and when crosses or through balls are fired into the box. Setting his feet well and staying balanced have been pillars of his success here too.

Meanwhile, his offensive exploits have been very important. To start with his dribbling, and his ability to carry the ball upfield when possible has seen Leicester bypass the first line of pressure and add another number into their attacks to manufacture numerical superiorities in their offensive half. In the process, he lures out one or more presser, which means a colleague can venture into the vacated space. 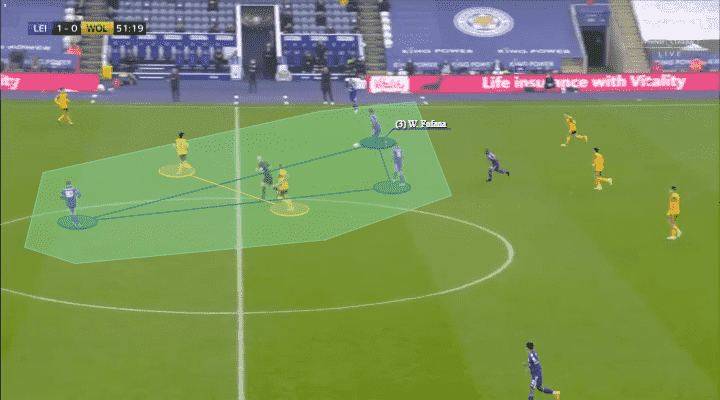 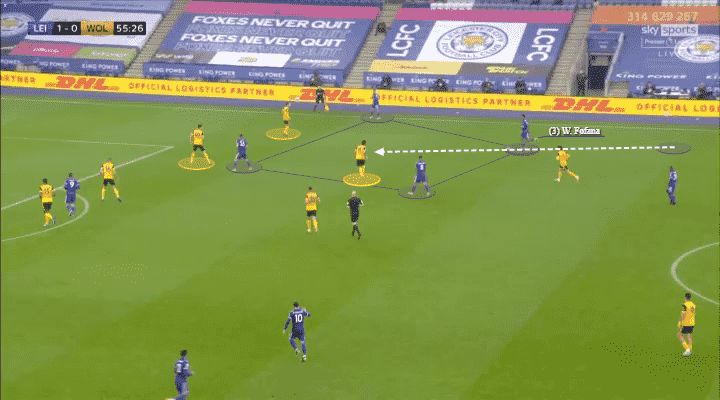 The fact Leicester usually build out with three at the back has allowed them to create an overload, thus granting space for Fofana to progress upfield once they beat the press. Very calm and composed on the ball, Fofana importantly handles being pressed well so he can still execute his actions cleanly.

Passing the ball with clarity and precision, there’s been a lot to like about his efforts here. Capable of moving the ball quickly across the backline or into midfield while aiming to create a disconnect in the opposition rearguard, he strikes his passes firmly and accurately. If an opening arises to switch the play, launch a through ball to one of his forwards or break the lines, he’ll take it, for his confidence and range allow him to do so. 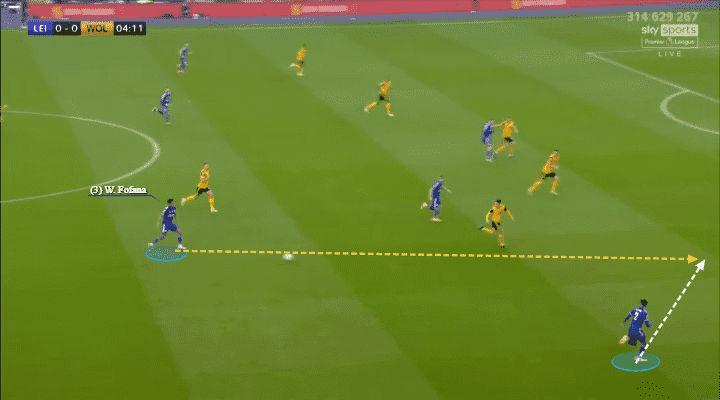 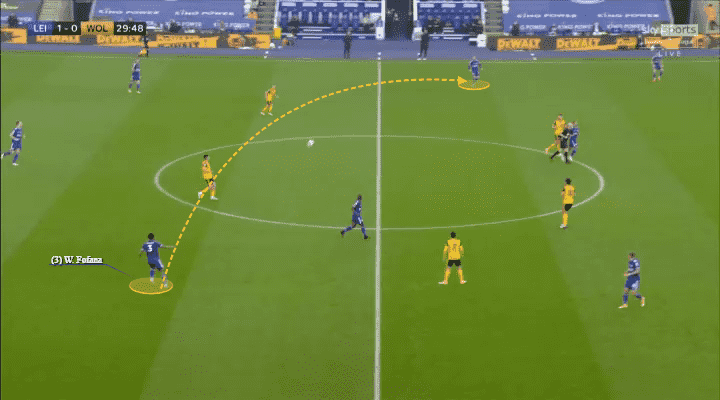 At just 19, his exemplary performances have seen him be one of the shrewdest new signings in the Premier League. As he further integrates into Rodgers’ system, it’ll be expected the tremendously talented teenager will keep improving.

Which is a frightening proposition considering how exceptional he’s already been for third-placed Leicester.