Watford’s Cucho Hernandez a man in demand this summer 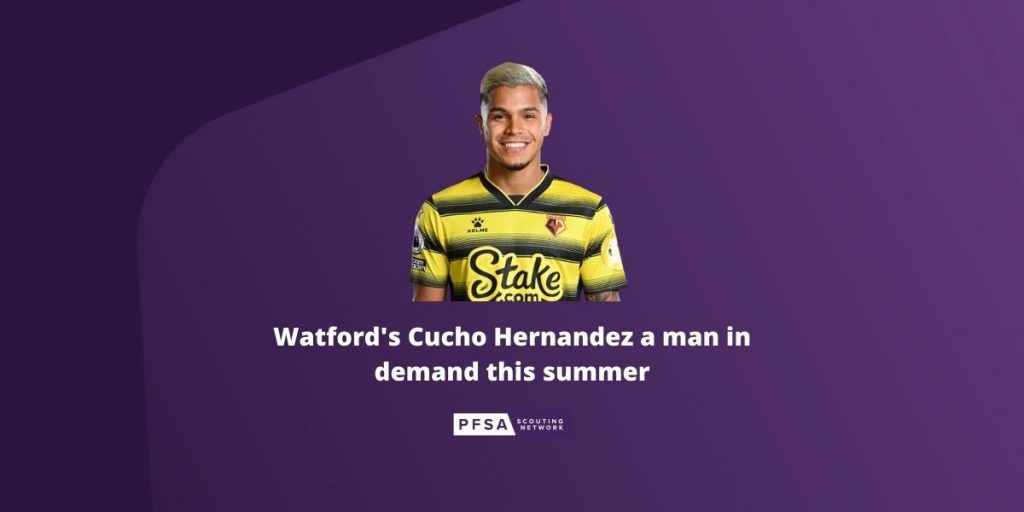 The future of Watford’s Cucho Hernandez future is set to be a topic of hot discussion this transfer window, with many clubs reportedly interested in the Colombian attacker.

Having impressed this season in what was a challenging campaign that ended in relegation for the Hornets, the 23-year-old gave the fans plenty to cheer about in their season of darkness.

Winning the club’s goal of the season award following his sensational bicycle kick against Arsenal, the man who also found the back of the net vs. Aston Villa, Manchester City and Southampton (twice), certainly put his best foot forward to help his team avoid the drop.

Ending the season with five goals and two assists in the league from 11 starts and 14 sub appearances, his quality was frequently on show, which has inherently alerted the attention of many clubs across Europe even though he finished the season with a hamstring injury.

Able to play as a striker or on either wing, his versatility is a major asset of his, allowing him to be used in a variety of roles depending on the opponent and meaning he can seamlessly rotate positions during matches.

No matter where he plays, the man who’s drawn comparisons to Sergio Aguero due to his size and style poses a major threat with his goal scoring prowess. While he’s nowhere near the level of the Argentine legend, there’s much to admire about his instinctive finishing despite largely playing for teams battling relegation.

Possessing the quality to score a wide array of goals from all over, he’s competent in 1v1s with the keeper, where he remains calm and uses his eyes to disguise finishes while keeping a small backlift. In addition, the way he can coolly place his finishes or unleash venomous efforts from near or far adds to the nuggety Colombian’s worth.

Another aspect of his finishing that deserves mention is his capacity to launch acrobatic efforts on goal in the form of bicycle kicks, scissor kicks and volleys. 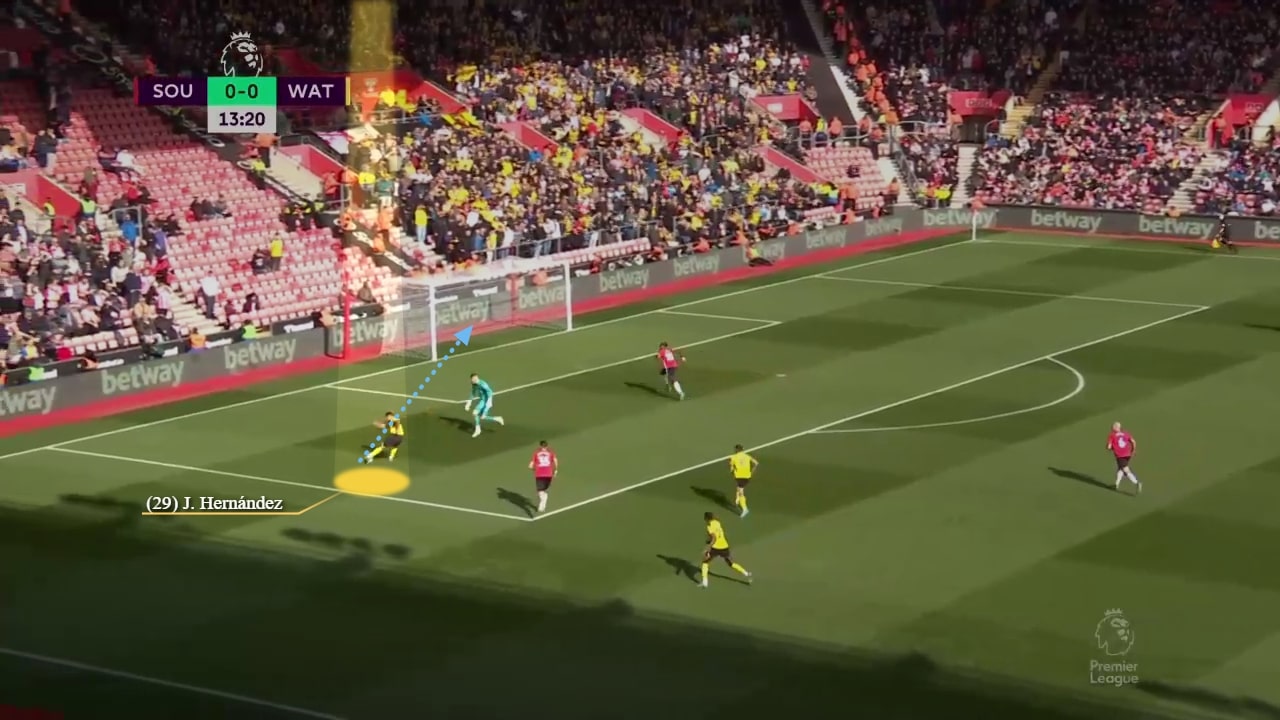 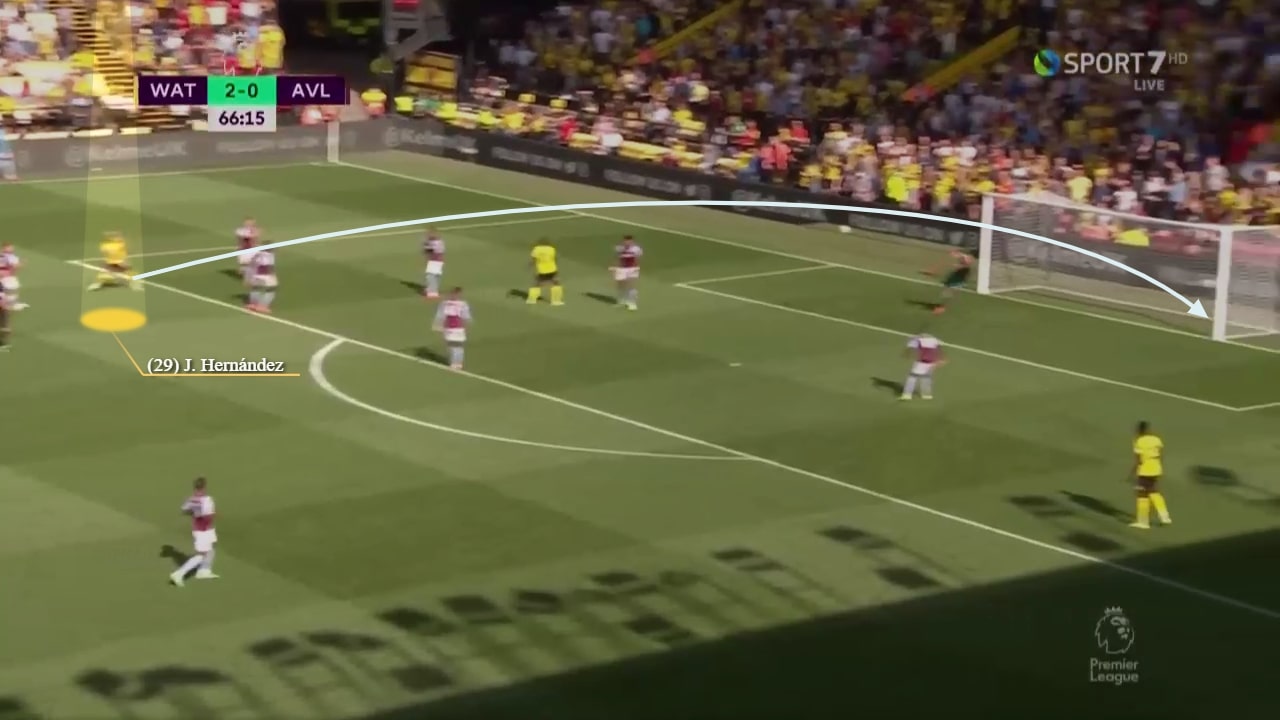 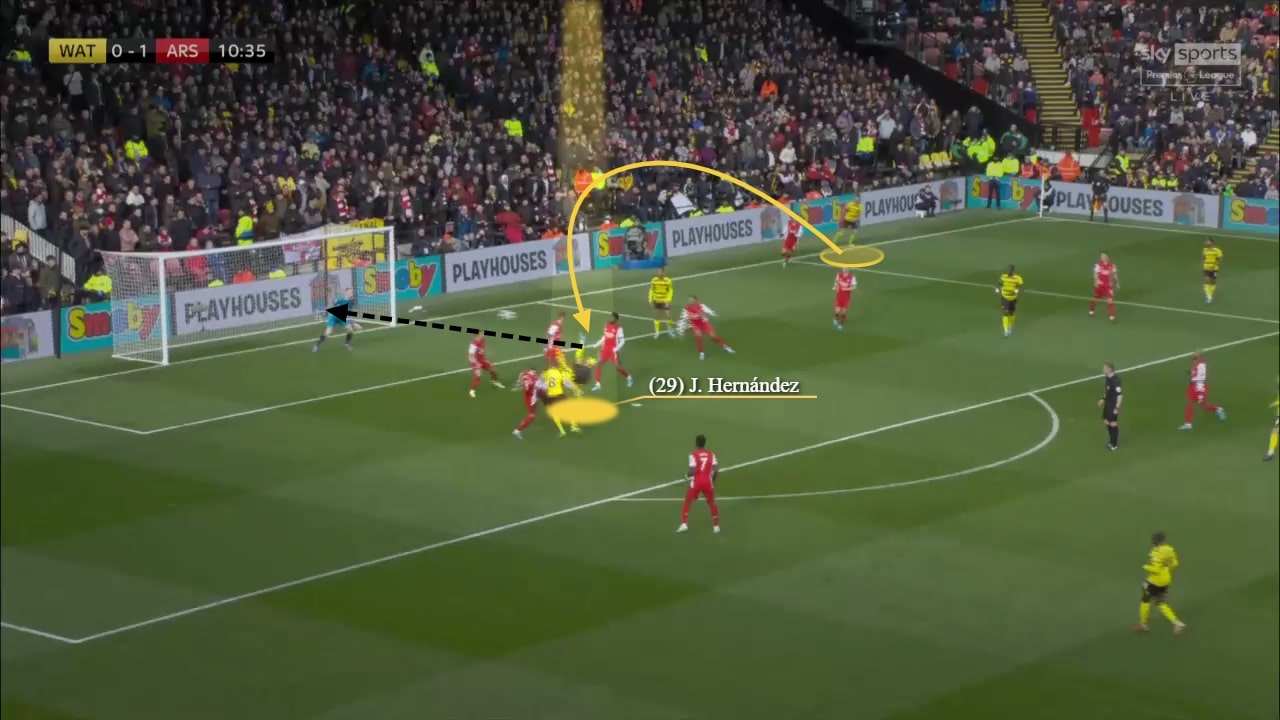 Continuing on the theme of his technical skills, and he’s a crafty dribbler who blends power, directness and finesse. So quick off the mark and agile, this, in combination with his hulking strength and low centre of gravity, ensure he’s a menace for defenders when in full flight.

A master at turning markers, holding the ball up and weaving away from danger, his physicality, neat first touch and close ball control all add to his menace. Able to withstand pressure brilliantly while remaining balanced, draw multiple markers and win fouls in ideal areas, opponents are in for a battle once they lose him.

Boasting a tidy repertoire of moves to outfox opponents, his use of feints, changes of pace and direction, shoulder drops and stepovers compound issues for his adversaries and allow him to gain room to shoot, open passing lanes or open up the whole field upon cutting infield. Indeed, the fact he rates in the top 26% for dribbles completed (2.03 p90) underlines his ball carrying wizardry, something that’s made all the more impressive due to Watford only averaging 40.1% of possession (4th lowest in the league).

Creative and effective with his passing too, the little dynamo has proven his value in terms of progressing attacks and producing chances. Nifty at laying the ball off with his back to goal and recycling possession, this helps connect moves after he drops deep. In addition, how he plays cute little passes around the corner and can hit clever flicks and backheels enhances his danger.

Swift at spotting runners in behind and into the area, further upside can be extracted from his slicing through balls and crisp crosses and cutbacks into the area. 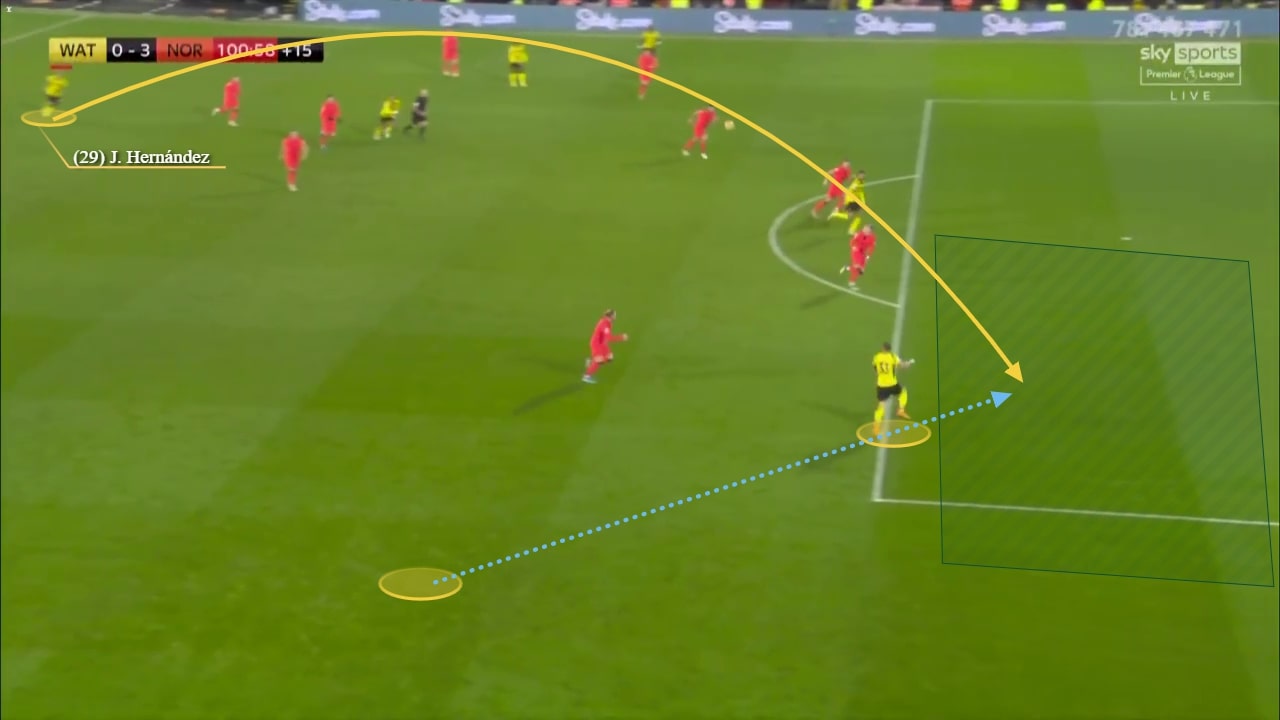 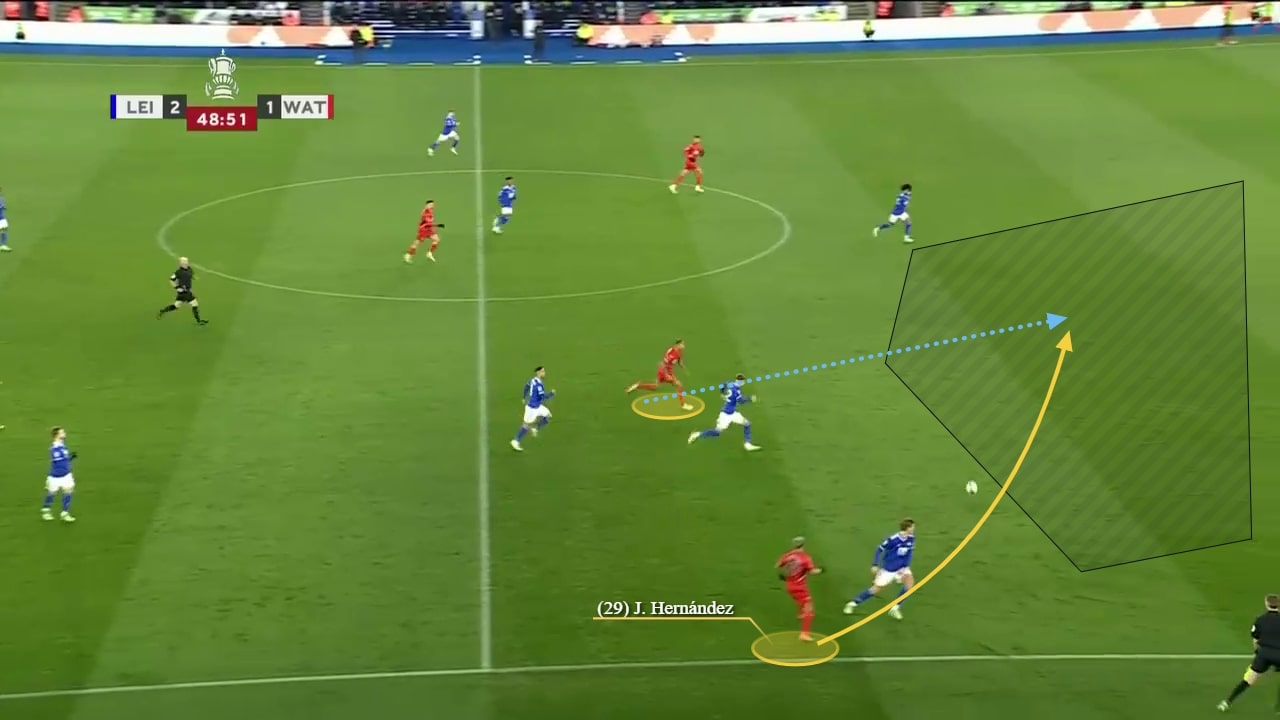 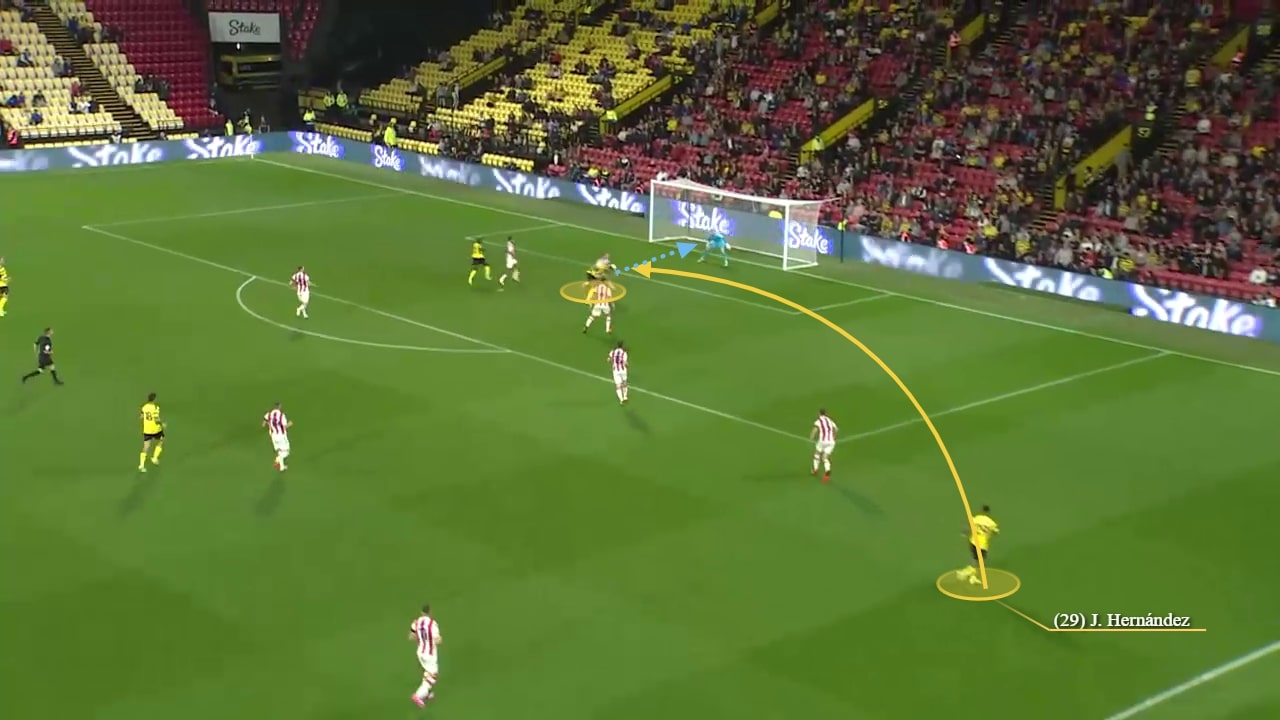 Intelligent and thoughtful with his movement, Cucho holds his own here too, for he’s attentive to his surroundings due to his shrewd head scans to give him awareness of vacant spaces and where defenders are located.

As a result, he rapidly exploits spaces between defenders to surge in behind, is awake to a fullback stepping out to direct runs down the unoccupied channels and sharp at noticing if a defender is preoccupied or ball watching. Adept at peeling off the back shoulder of his marker to exploit their blindside when charging into depth or surging into the box, this grants him vital separation too. 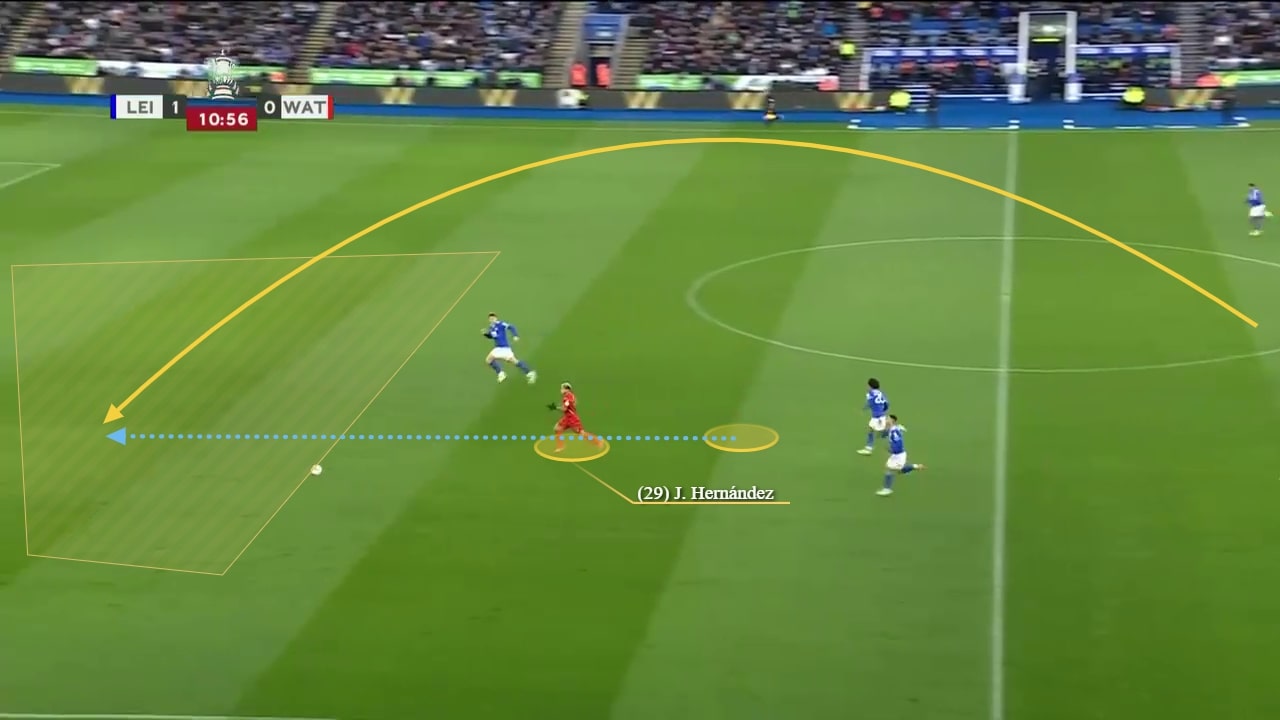 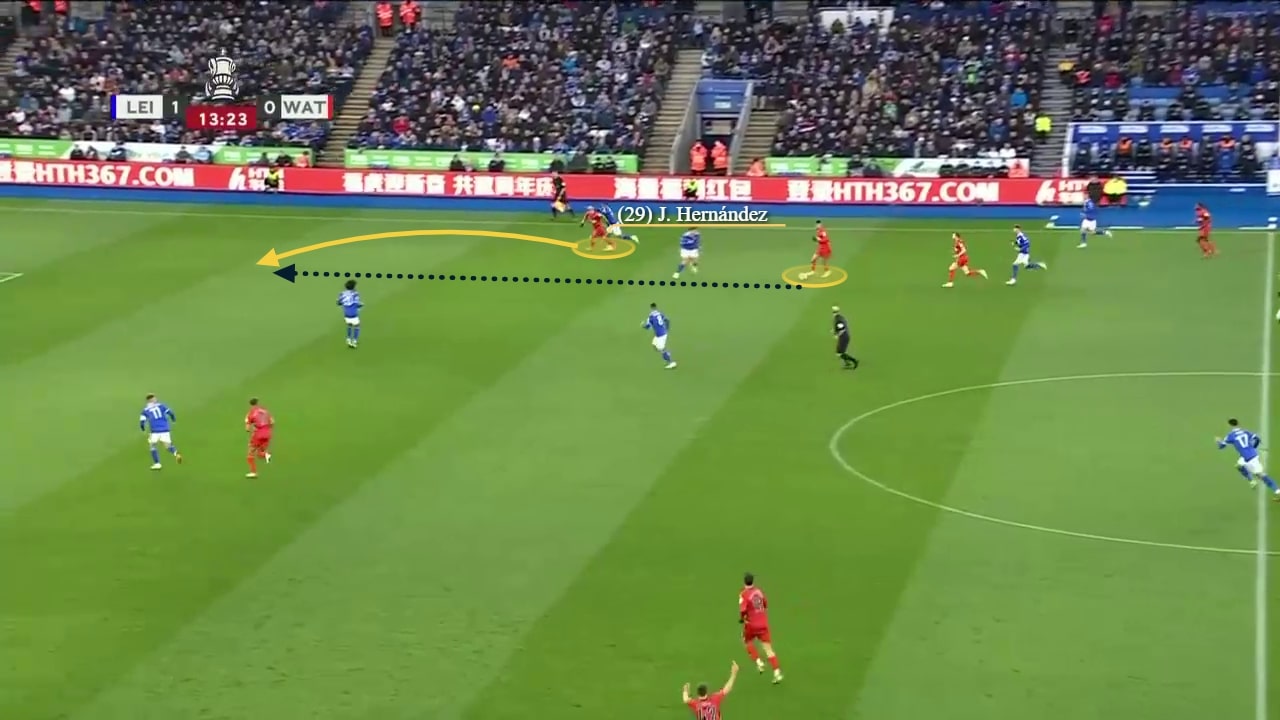 His use of double movements, zig zags and stop gos enhances his chances of losing his man, with this coming in handy especially so he can attack vacant zones in the box after he’s unbalanced his tracker. Clever with his movement inside the area to motor into central space or towards the near post, plus at holding his run as the defence collapses deeper or targeting the back post, the Colombian assesses situations nicely before deciding when and where to go. 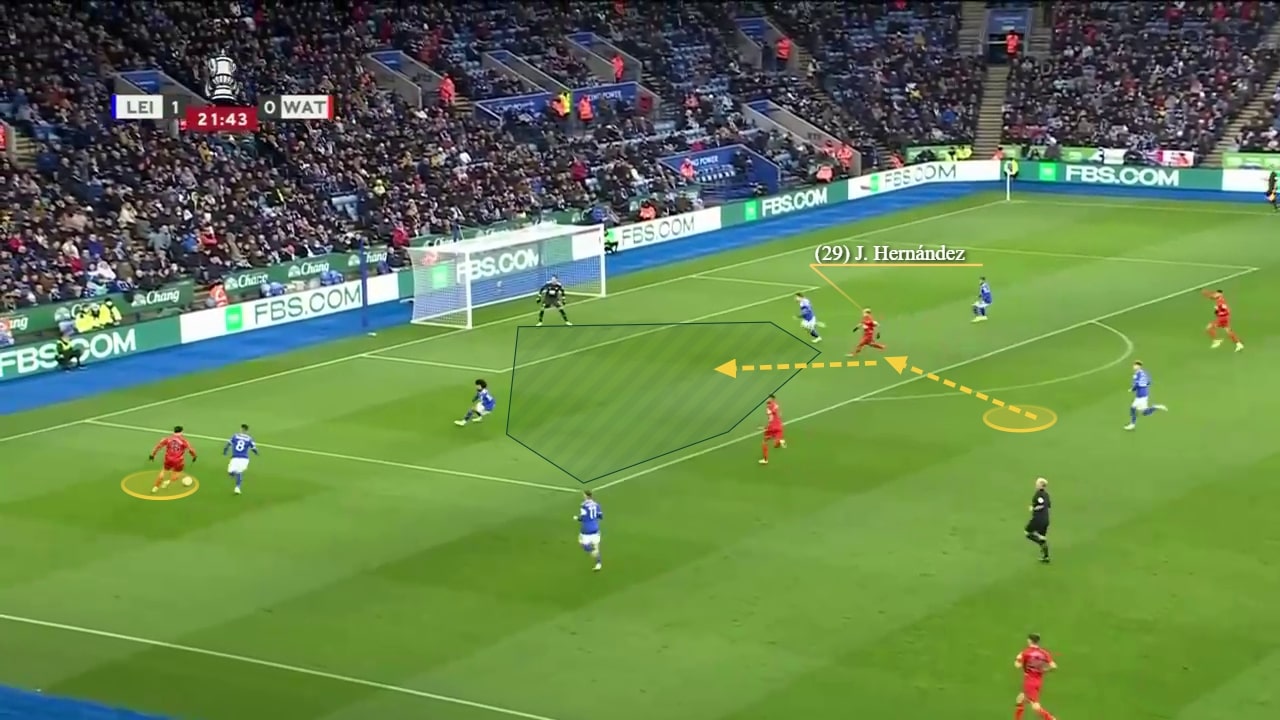 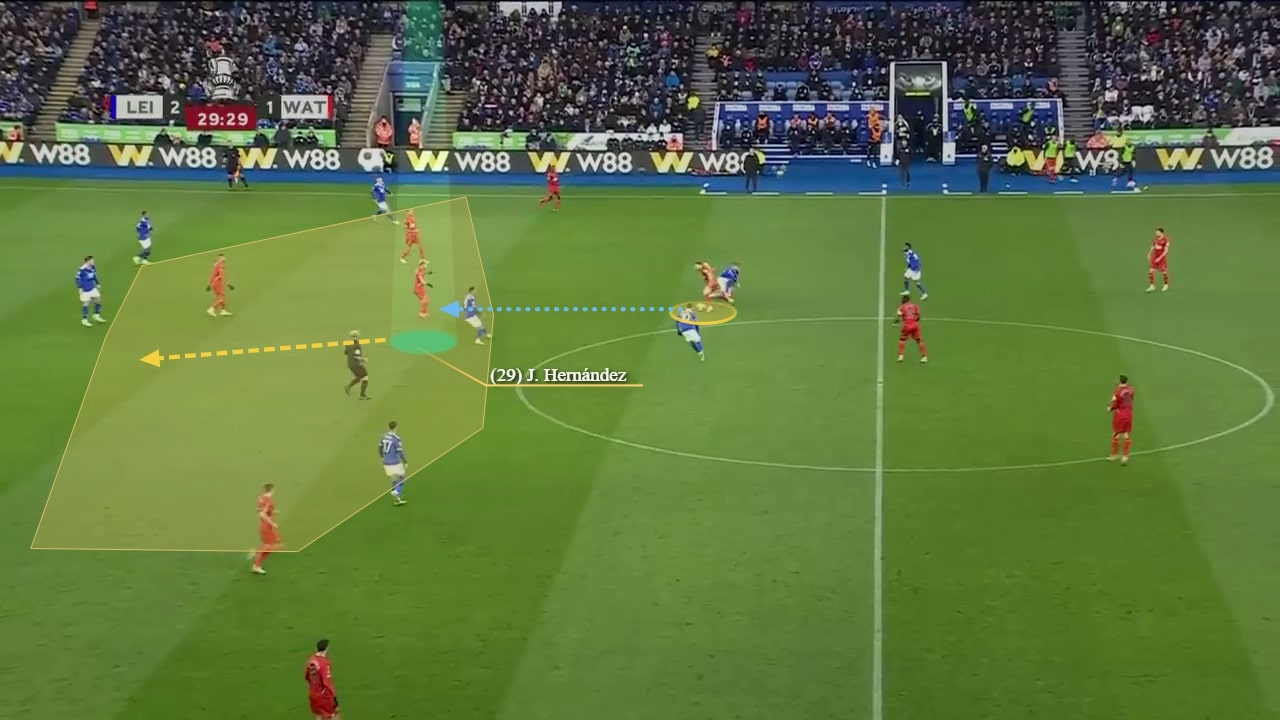 Being such an energetic presence on the defensive end as well, Cucho certainly puts in a shift. Pressing intensely, never afraid of getting stuck into challenges and manfully acquitting himself in aerial duels, it’s been terrific to see him tucking into his stopping work with vigour.

With reports suggesting a host of teams across Europe are interested in snapping him up in the wake of Watford’s relegation, this would represent a huge blow for the Hornets, who are also set to lose many of their other stars. Well experienced now and knowing he can shine in the Premier League and in Spain, which he showed during his loans with Huesca, Mallorca and Getafe, he’ll certainly have no shortage of options.

Coming into the prime of his career, the talented, multifaceted 23-year-old will need to now choose carefully whether he’ll be best served staying with Watford, where he’s guaranteed to be a starter in the Championship, or venture into the unknown at pastures new.