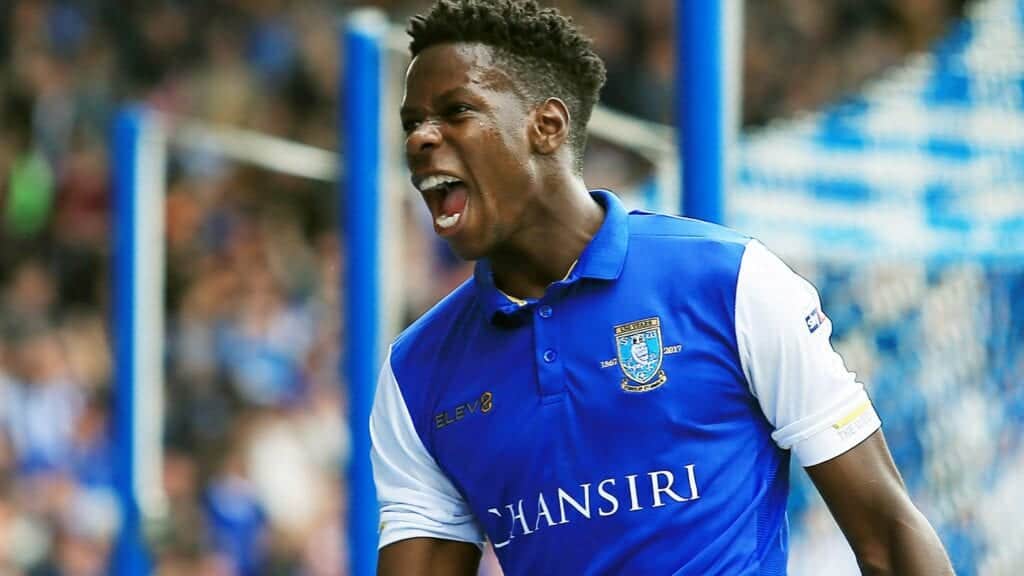 While there’s no denying what an enormously talented footballer Sheffield Wednesday’s Lucas Joao is, his struggles for consistency have hindered his ability to truly fulfill his vast potential.

When on top of his game, the centre forward’s a frightening proposition for any backline to handle, for he blends pace, power and finesse marvelously. But the battle has been getting him hitting his straps on a regular basis. Although injuries have played their part in stunting him this season, his application and motivation levels have also come into question, something that can often unfortunately undermine his positive contributions.

His manager, Steve Bruce, recently touched on this, noting if his attitude can pick up what an even more fearsome asset he’ll be. “It’s all the stuff between his ears,” he said.

“He has to have that mentality. We all know he’s got talent. He’s been here now in England I think four years (in July). So we’re not talking about a young one any more with promise.

“He has to come and deliver … he’s got all the bits and pieces … and to be fair to him, though, since I’ve come he’s been struggling with injury. But we’ve let him stay out of the squad and not rushed him back too quickly.”

Upon analysing his attacking attributes, it’s immediately obvious what a force he is to be reckoned with. Starting with his technical prowess, and the 25-year-old’s crisp first touch provides him with a firm base to be able to execute his actions cleanly. Once getting the ball under control, he can twist and turn away from danger with some sharp touches, feints, neat pieces of skill or with rapid changes of direction. 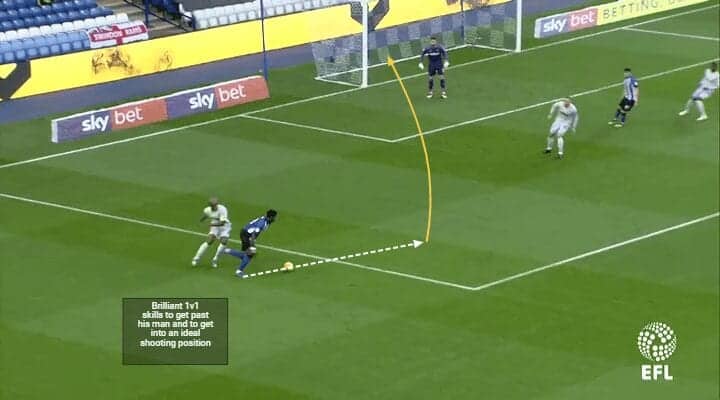 This, in combination with his capacity to remain calm under pressure and strength, means he can easily hold off his man while waiting for an option to arise. His aptitude here also means he’s adept at provoking a press to attract one or more markers to pinpoint a teammate in vacant space. 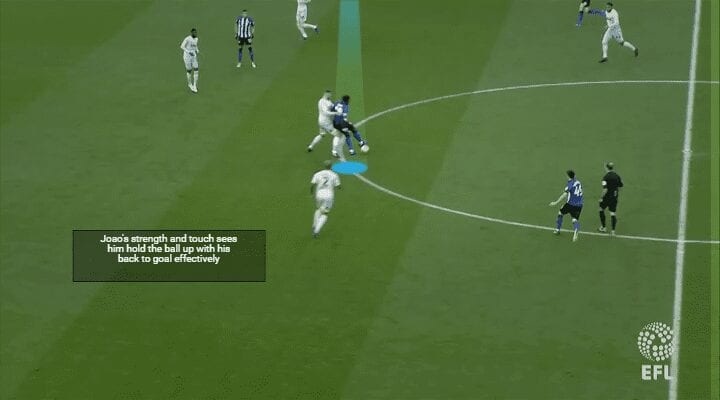 A sound passer, the man capped twice at senior international level by Portugal, connects play well with some tidy one and two touch passing, neat flicks and how he hits some incisive vertical passes into his fellow attackers.

Standing a towering 192 cm tall and being extremely mobile, his physicality and athleticism are wonderful weapons of his. Using this to outmuscle his markers or rapidly beat his marker for pace, he’s a tough man to contain in aerial and ground duels.

In terms of his heading, the languid attacker’s leap, knowledge of when to time his jumps and ability to pick up the ball’s trajectory ensure he wins his fair share of headers. Indeed, his quality here makes him a wonderful target man and reference point for Wednesday’s attacks, plus sees him serve as an ideal out ball if they can’t beat the press. So good at winning knock downs and flick ons, this is crucial towards his team winning second balls in advanced areas, as his colleagues anticipate him winning these duels and position themselves accordingly. 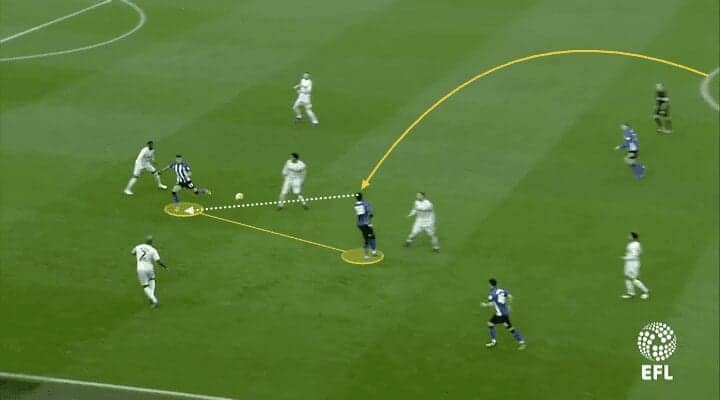 Possessing searing pace and sound positional awareness, Joao’s movement is another significant factor in his armoury. This consequently sees him time, angle and direct his runs in behind smartly, as he targets the gaps between defenders efficiently to cause confusion on who should mark him. In addition, the way he performs slick rotations with his teammates and finds space between the lines, plus uses blindside runs and how his movement regularly draws multiple markers to free up others, only compounds his menace. 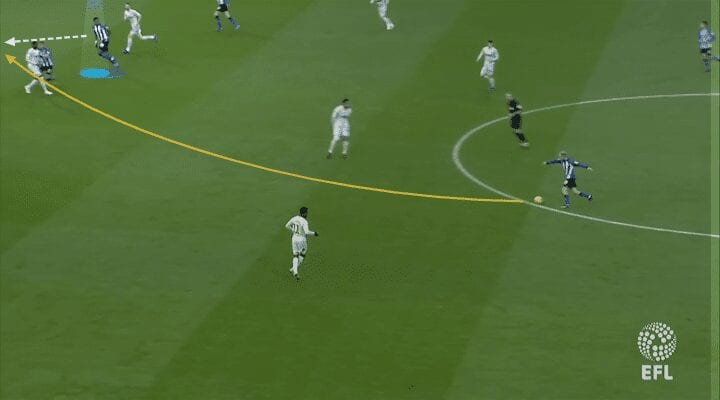 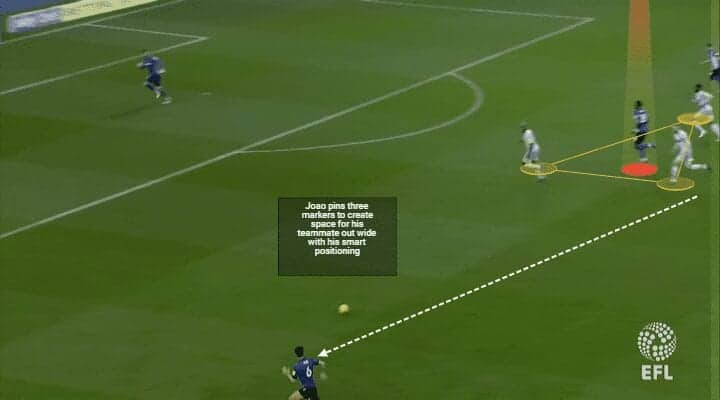 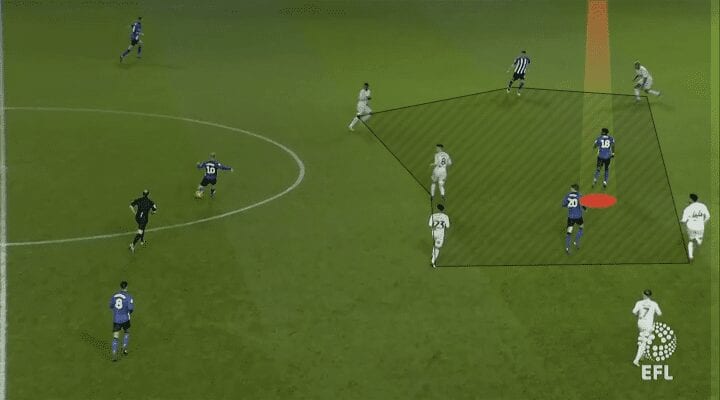 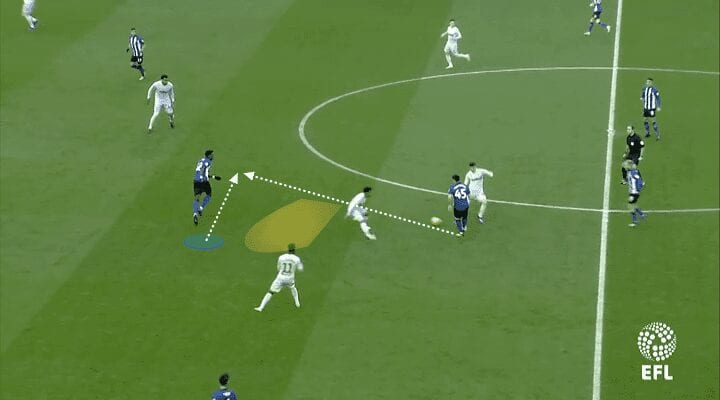 Instinctive with his runs into the box too, the scorer of a handy 10 goal from his 31 Championship appearances (18 of which were starts) has showcased how this has helped him take up advantageous positions to increase his scoring opportunities.

Even though he’d like to have found the back of the net with greater frequency, there’s a lot to like about his finishing and how he’s able to score a wide variety of goals. Whether it be tap ins, dinks over the keeper, scorching headers, clinical 1v1s with the keeper, ferocious long range efforts or placed finishes, he can certainly make his adversaries pay if they aren’t attentive.

Wanting to make the step up to the Premier League next season with the Owls, it was encouraging to hear his comments to Portuguese outlet O Jogo about his ambitions, insisting: “The Premier League is close and it was one of the reasons that led me to England. I don’t want to leave here without realising this desire.

“In this club we have everything, players and technical teams of great quality. I believe that with work and a lot of luck things will happen.”

Now in the prime of his career, the supremely talented striker, who has all the tools in his arsenal to be a wonderful frontman, just needs to tie it all together on a more consistent basis.

The 2019/2020 campaign will be a massive examination for him, but if he can step up to the plate and prove himself as his manager demands, he could be the latest striking star to take the Championship by storm.