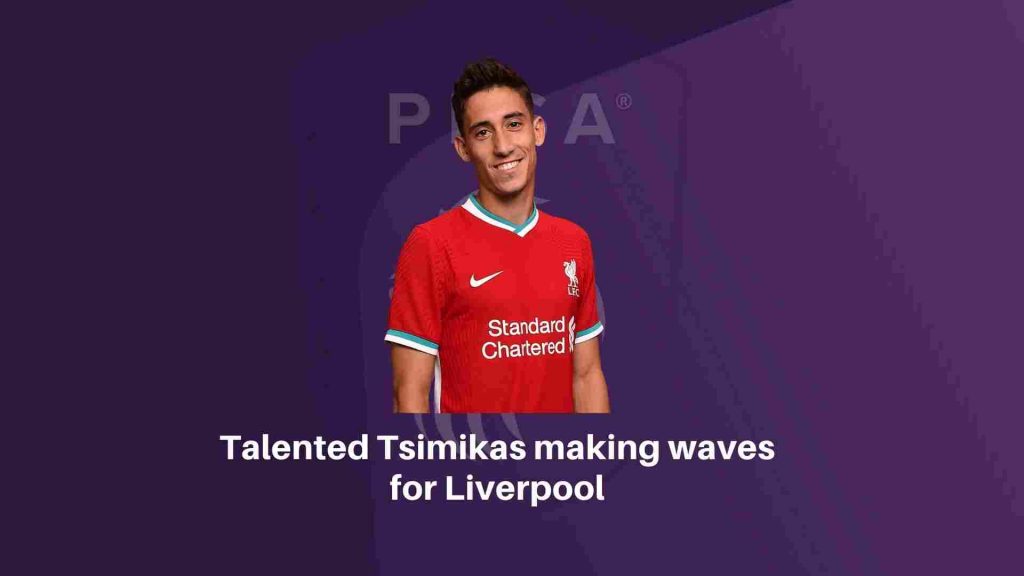 The form of Kostas Tsimikas in the absence of Andy Robertson has been a real highlight for Liverpool this season.

Producing the goods for Jurgen Klopp’s men, it’s been impressive how the Greek has stepped up, with him proving his class at the elite level and underlining what a fine replacement he is for the star Scotsman.

A massive offensive force, the man who joined last year for £11.75 million from Olympiakos has relished every chance to maraud upfield. Adding width and depth to attacks, his runs stretch defences both horizontally and vertically while enabling him to be a weapon for switches or when embarking on blindside runs into the box. 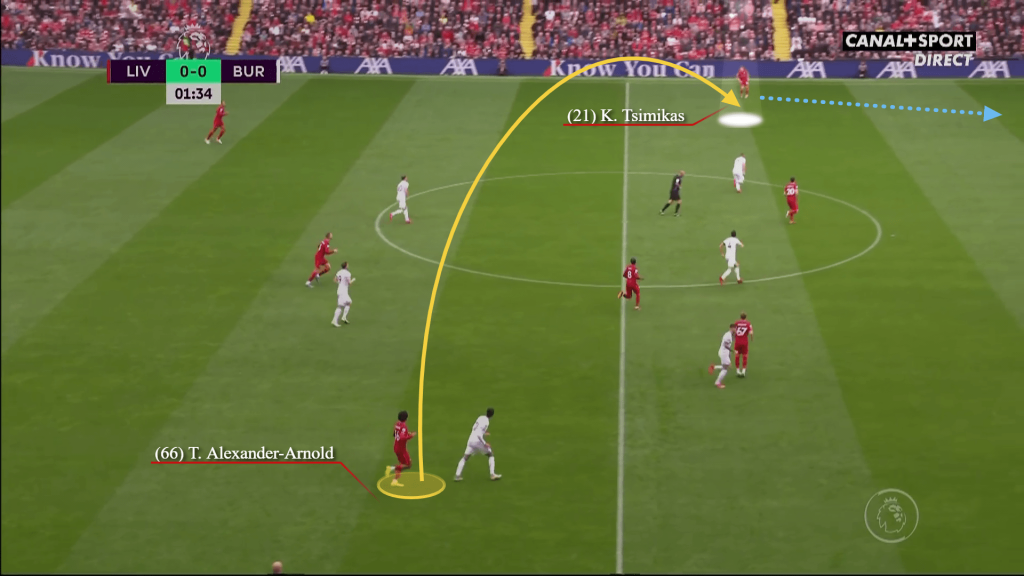 Good at timing his runs, this has meant he can arrive late into the box undetected to be a direct shooting threat or be ideally placed to dribble at his man or fire in a cross or cutback. 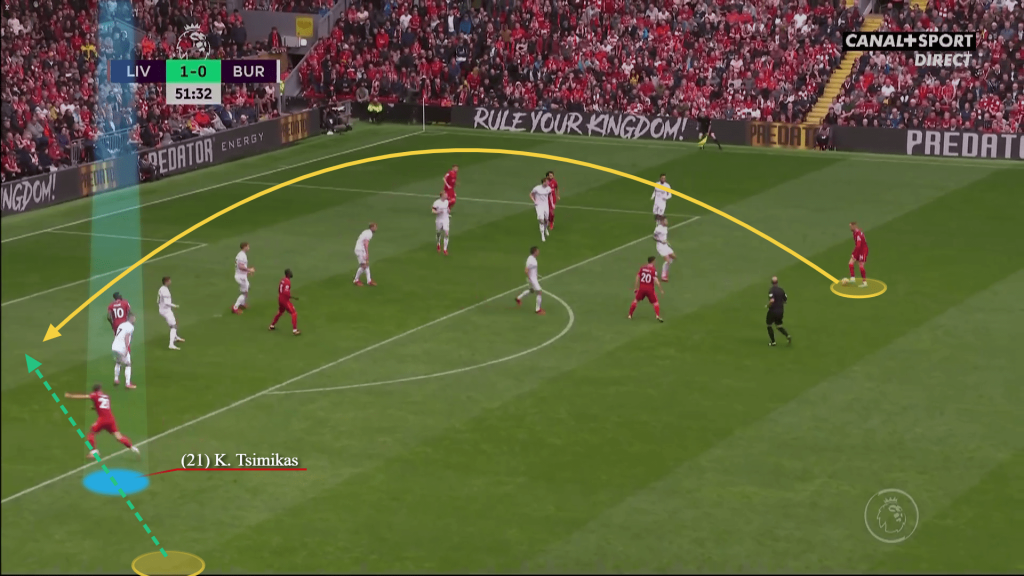 Showing a fine understanding with his teammates, it’s been notable how well he’s executed rotations with his nearby winger and central midfielder so he can charge forward on underlapping runs. In doing so, this adds an element of variety to surprise opponents and disrupt their marking organisation.

Possessing a good knowledge of where to position himself during build up and controlled possession phases, he’s done a good job of forming overloads to help his team progress through the press. Helping form triangular and diamond-shaped structures, this gives him and his colleagues multiple angles and passing options, plus support for the receiver. 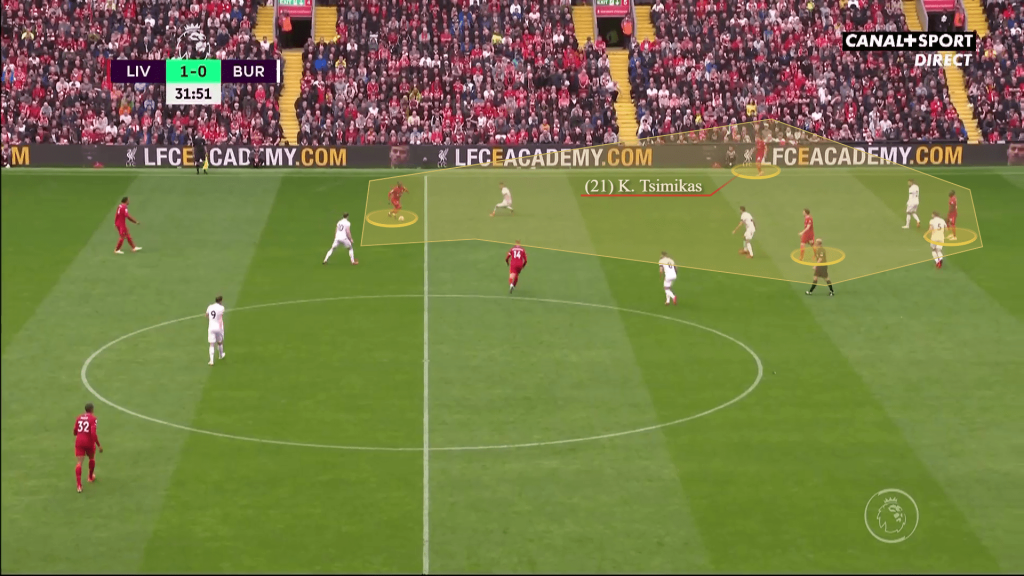 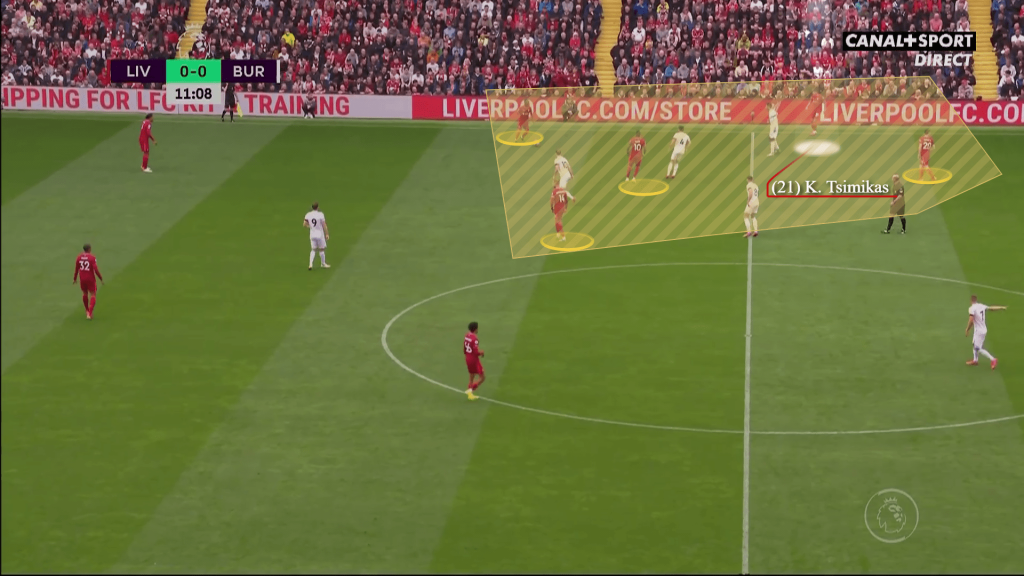 It’s also been important to note how one of the central midfielders will tuck in behind him when he’s bombing upfield to give him freedom and ensure structural security in case of a turnover.

Such a weapon when delivering crosses and cutbacks into the area, he’s a major asset from both open play and set pieces. Tailoring his deliveries to adjust the trajectory, speed, whip, dip or weight of his crosses depending on the positioning of his opponents and runs of his teammates, he has a pass for whatever the situation demands. 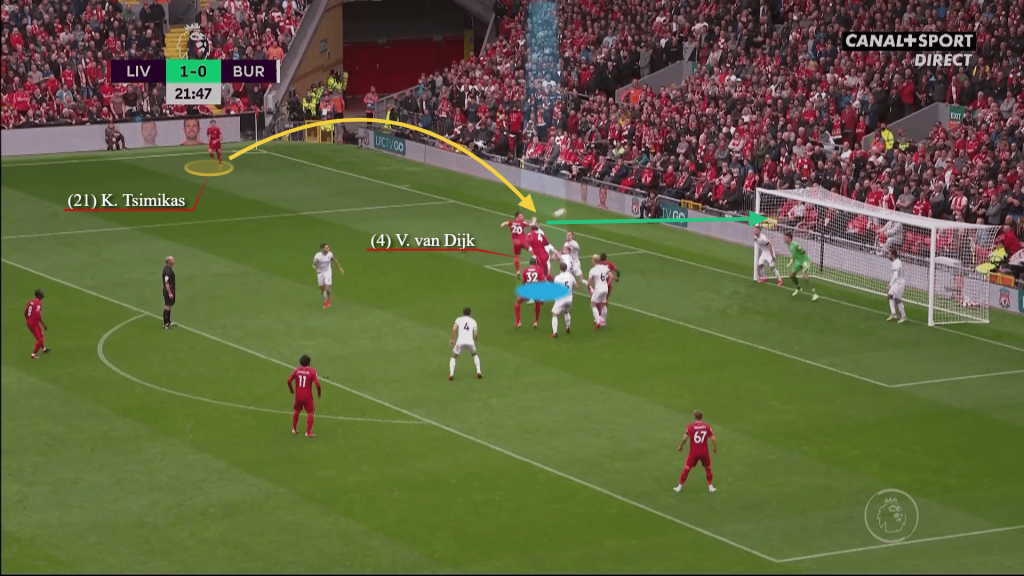 Indeed, his sublime assist for Diogo Jota was a glowing testament to his aptitude here, where he fired in a precise delivery so his target could head home with aplomb. 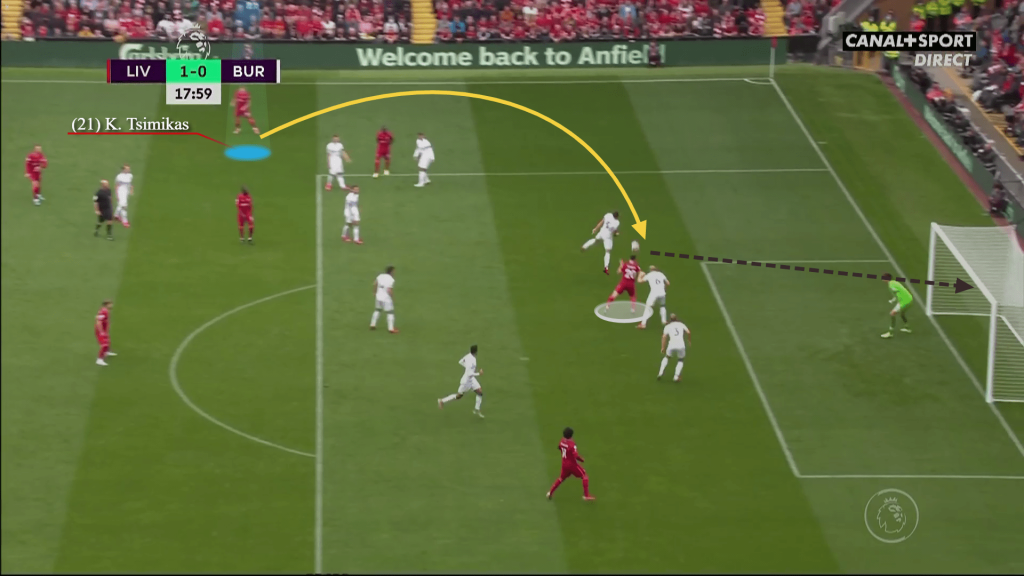 Defensively full of bite and intensity, he’s never shy of pressing his opposite number forcefully. Quick to respond to triggers such as an opponent receiving with their back to goal, in an open body posture or if they’re about to receive a poor or underhit pass, this heightens his worth.

As a result, adversaries find it tough to control possession cleanly, turn him and use the poor ball coherently.

Moreover, the speedy left back has usually monitored runners in behind and into the box with diligence. His pace has also helped in terms of getting back to recover his position, support a teammate or slow down counter attacks. 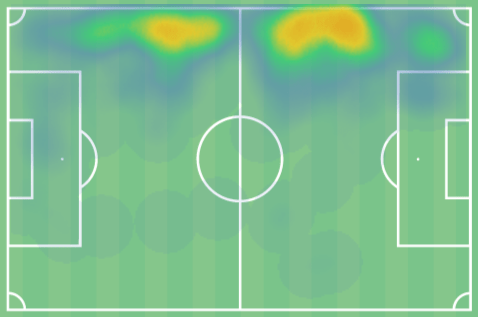 Although he’s expected to go back to the bench when Robertson returns, it’s nonetheless been encouraging to see him show his class at the Premier League level.

Aware he’s not first choice right now, his recent comments show his selfless approach and willingness to keep honing his craft. “I always give my best to be close to the team. Whenever my coach gives me the opportunity to play, I’m always ready for that,” Tsimikas told LFCTV.

“I wait for my opportunity, I’m ready. I always try to improve my game, to give my best, to help the team, to win, to score goals.”

Surely gaining the trust of his manager with his eye-catching form, it’ll be expected he’ll receive plenty more action throughout what will be an extremely hectic season for the Reds as the club are hunting for glory both domestically and in Europe.