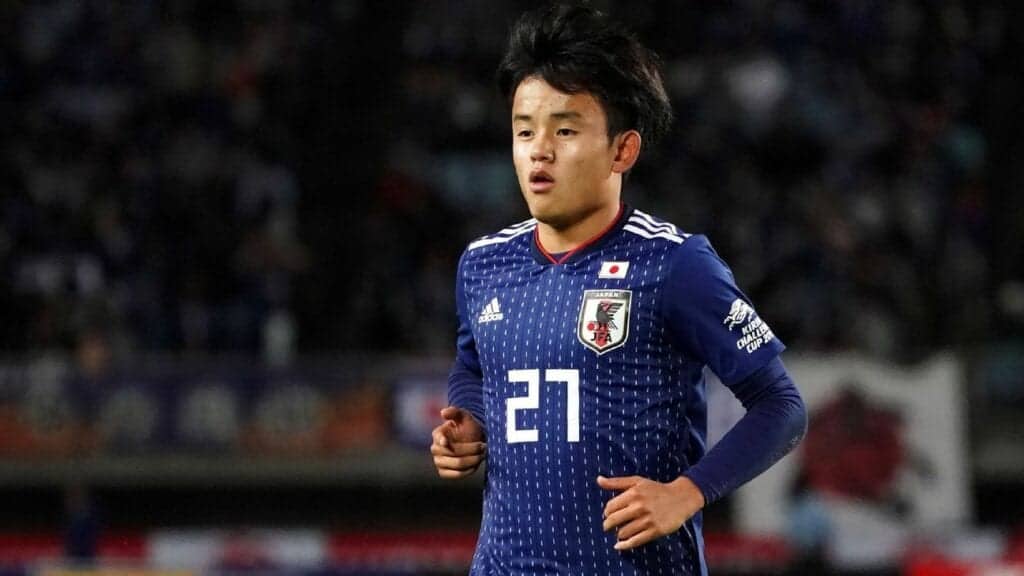 Real Madrid will unquestionably take great satisfaction from the signing of Japanese wonderkid, Takefusa Kubo, who opted to join them over fierce rivals Barcelona. While many expected him to reunite with the Catalan giants, who he joined as a 10-year-old before being forced to leave after Barca were hit with FIFA sanctions, he instead chose Real Madrid.

With Barcelona reportedly unwilling to match Real Madrid’s offer of a €1 million a season salary, the player ultimately chose Los Merengues, where he’ll be expected to initially play for their Castilla team and hone his craft under club legend Raul’s tutelage.

Having just been away with Japan at the Copa America, where he showed many glimpses of his special talent, he’s set to arrive in Spain in July. Having scored four goals and supplied four assists in his 13 J-League matches this campaign, the FC Tokyo star will be hoping to hit the ground running in Madrid and continue his fine club form.

Although the man labelled the ‘Japanese Lionel Messi’ due to his obvious similarities in playing style to the Argentine and diminutive stature, will have to work hard to impress in his environment, there’s no doubting he has the quality to become a star at Los Blancos.

Technically masterful, the 18-year-old is a real wizard with the ball at his feet. Thriving in 1v1 dribbling situations, his aptitude in this regard is a joy to behold, for he’s so hard to read and capable of beating his man in a variety of ways. Be it with his Velcro like close control, clever alterations in pace, rapid changes of direction or shimmies, feints, nutmegs and stepovers, he’s a tough man to contain. 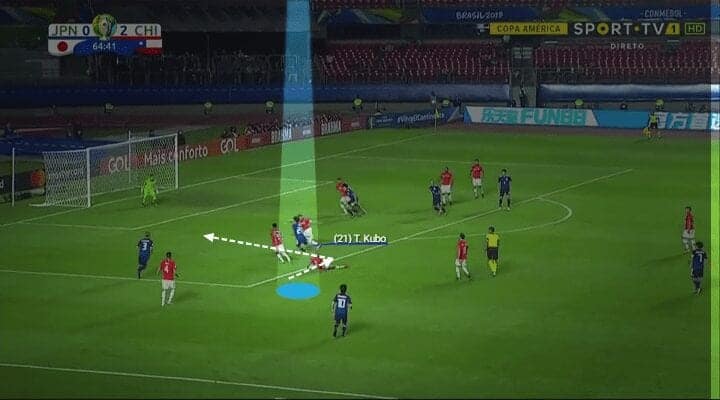 Retaining his close control at speed, this has been a vital factor towards his effectiveness on the counter attack and when damagingly cutting infield from the flank, where his mesmerising runs and skills enable him to unbalance defences.

In addition, the fact he has such a razor sharp turning circle and a low centre of gravity only compounds issues for his adversaries, as he can powerfully weave out of danger to breathe life into attacks. Possessing a wicked first touch and a keen head scanner too, he frequently checks his surroundings so he knows where his opponents, teammates and the vacant spaces are, so he knows whether he can turn, protect the ball or play a quick lay off.

A key byproduct of his ball carrying prowess is that he regularly wins fouls in dangerous areas in and around the box, plus through how he often draws one or more defenders to free up a colleague.

So calm and composed on the ball, the fleet footed attacker’s ingenuitive passing complements the aforementioned very nicely indeed. Always on the lookout to unlock backlines, the former Yokohama F. Marinos loanee boasts a nice passing repertoire to match his ambition. Full of creativity and imagination, Kubo’s shown how successfully he can thread intricate through balls in behind, dinked balls over the top of the backline, combine neatly in close quarters and hit diagonal line breaking passes (that vitally move the opposition block vertically and horizontally). 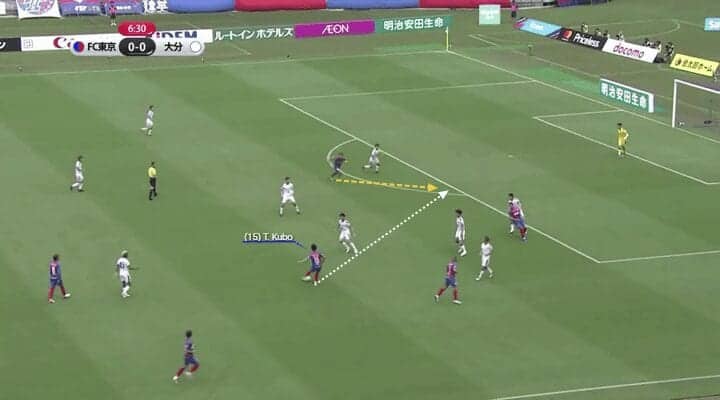 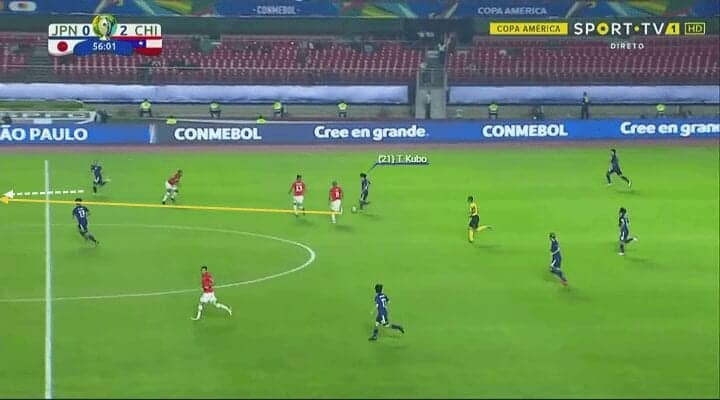 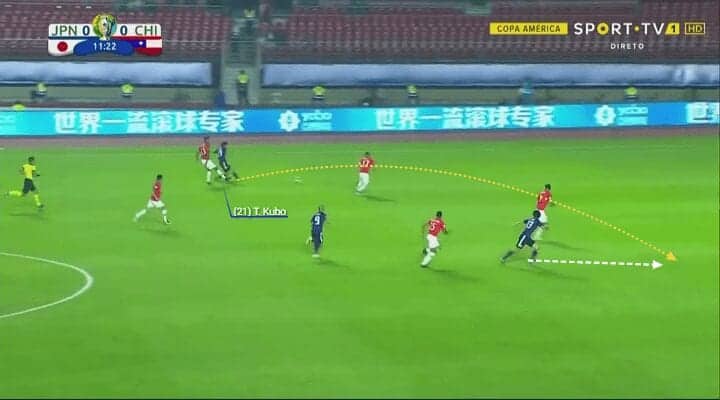 Moreover, his set piece taking ability, in tandem with his competency at hitting crosses and cutbacks, enhances his worth. Proficient at hitting outswinging or inswinging deliveries, driven balls, chipped crosses or lofted passes, he’s very useful in these instances.

Adept at taking up great positions to supply an option to his colleagues, his movement ties everything together nicely. On top of being accomplished at passing then instantly moving to get on the end of one-twos so he can receive the ball facing forward, he also occupies strategically beneficial areas to progress attacks. Knowing when to time his movements to generate numerical or positional superiorities, plus where to position himself for second balls, these are extra upsides of his game. 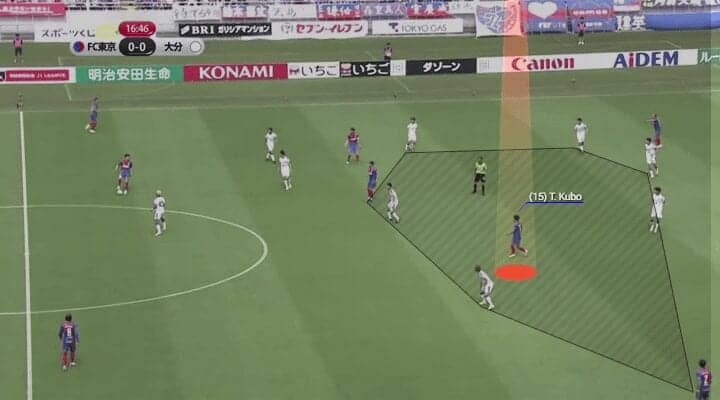 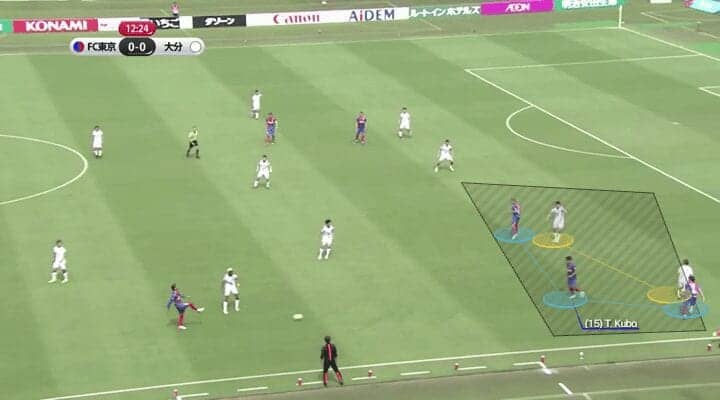 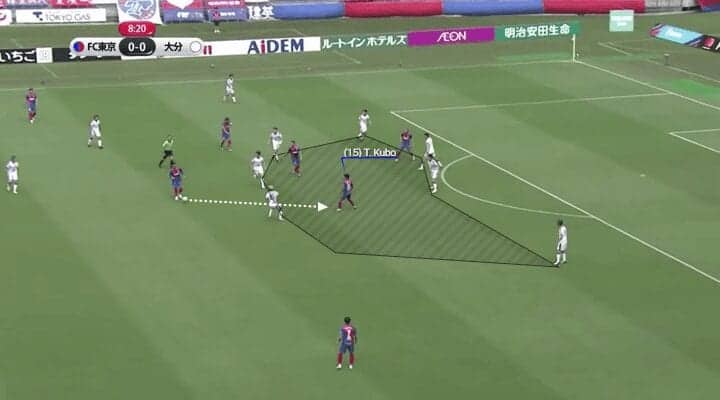 Speaking in fluent Spanish when talking on his transfer, Kubo’s clearly excited about the prospect of carving out a name for himself at one of the world’s biggest clubs. “I am very happy to have signed for Real Madrid,” he explained. “I’m calm. It’s a normal day, but I’m very happy.”

He then responded to the Messi comparison, stating: “Being called the Japanese Messi is an honour and makes me proud, but I’m still not at his level and I prefer to concentrate on my abilities and strengths. There are several players like me, but I’m me, not some other player.”

Set for a future littered with success, tracking his progress at Real Madrid will be intriguing as he looks to eventually make an impact on Zinedine Zidane’s first team squad. Knowing he has to improve to fulfil his ambitions, the confident yet level headed youngster appears to have the right attitude to make it all the way to the top too.

Only time will tell if he, in fact, can, but all the signs look promising.