Signing Weghorst a huge boost for Burnley’s chance of survival 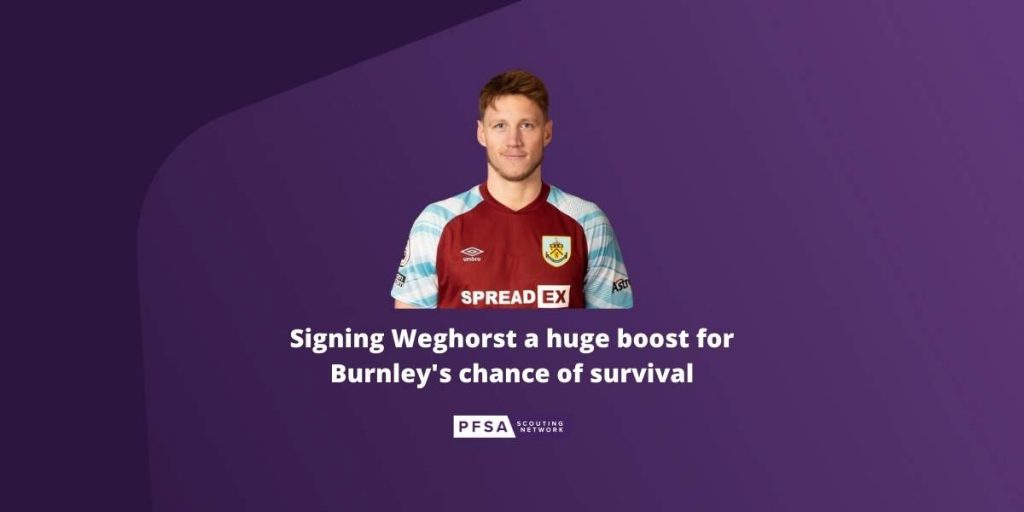 Burnley’s acquisition of proven goalscorer Wout Weghorst for £12 million was one of the shrewdest purchases in the January window.

Having bagged 59 goals in 118 Bundesliga games during his time with Wolfsburg, the towering Dutch international was the perfect buy for the Clarets following the departure of forward Chris Wood to Newcastle United.

Burnley manager, Sean Dyche, had some interesting things to say about what Weghorst brings to his team, which is arguably more than what Wood offered. “Both are very good players but I think Wout is more technically-minded. He can see pictures with his back to goal whereas Woody was someone who wanted to be in the box and sniff out goals,” said Dyche.

“Wout is more of an all-rounder. He can offer varying ways of playing probably because of his experience at Wolfsburg and different clubs.”

The multifaceted hitman will need to hit his stride early, for he’ll be crucial towards Burnley’s hopes of survival, as the team in last place are in desperate need of a lift.

So effective at causing issues for defenders, the hulking 197cm forward is such a physically imposing foe to contend with. Such a massive weapon due to his aerial prowess, he picks up the ball’s flight path quickly and times his leap neatly. In doing so, this not only helps him be a threat from crosses and set pieces into the box but also to win headed knock downs and flick ons so his team can regain second balls. 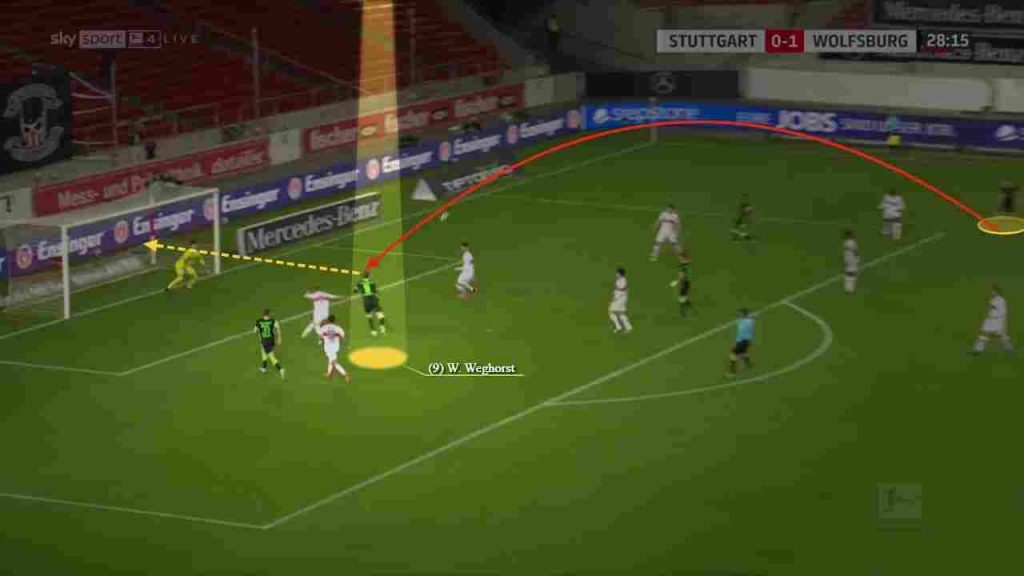 The fact he’s so strong and can maintain balance under pressure helps him still execute his actions. In addition, his strength is vital towards him holding the ball up well when harried when he drops deep with his back to goal. Able to effectively outmuscle and jostle with defenders, this, in combination with his long legs, ensure he keeps possession soundly, plus enables him to win fouls when defenders overzealously lunge in.

Being so intelligent with his movement adds to his nuisance. Excellent at timing his runs in behind, down the channels and into the box, he’s adept at exploiting zones between defenders or either side of them to offer a fantastic option for the ball holder. Reading the play coherently and being awake to where vacant spaces and nearby markers are sees him get on his bike smartly once he sees a colleague ready to launch a pass. 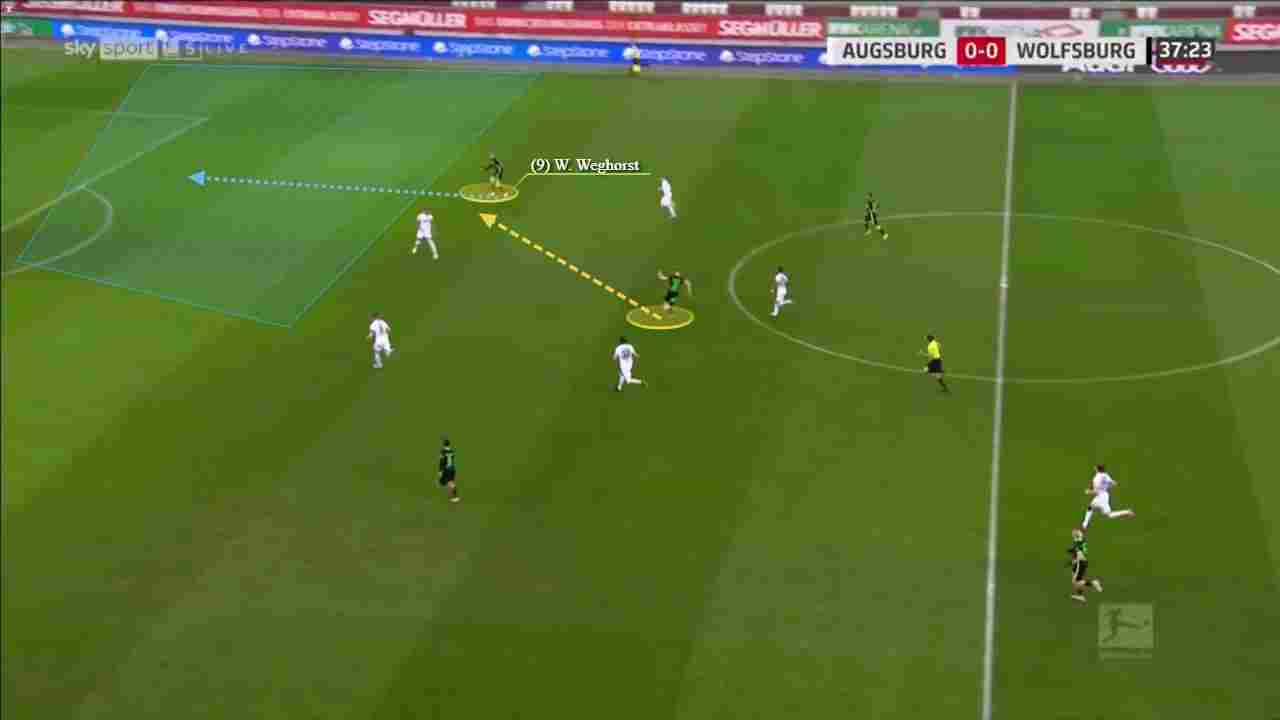 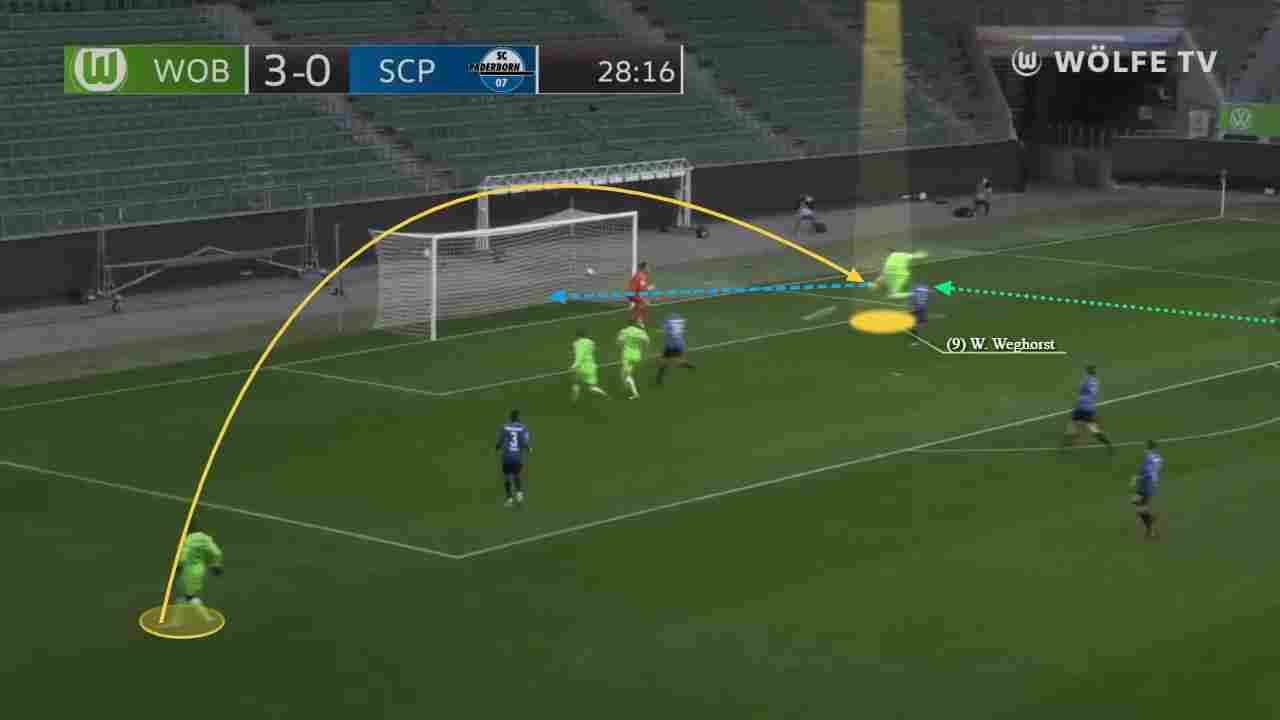 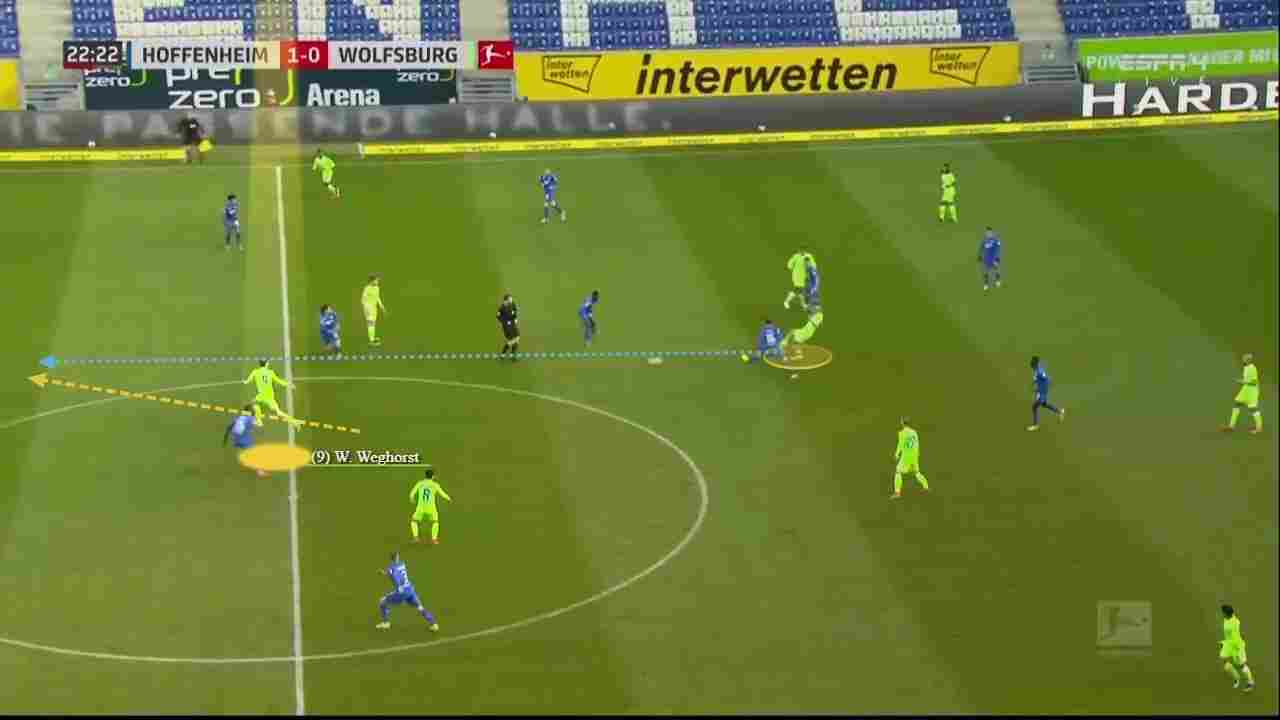 Surveying his surroundings competently also helps him choose his moments when to drop deep to find room between the lines to connect play. Clean with his touch and control, plus handy on the dribble to weave away from danger, his presence means he can also protect the ball while waiting for an option, beat opponents and give his team a fine outlet if they need to go long. 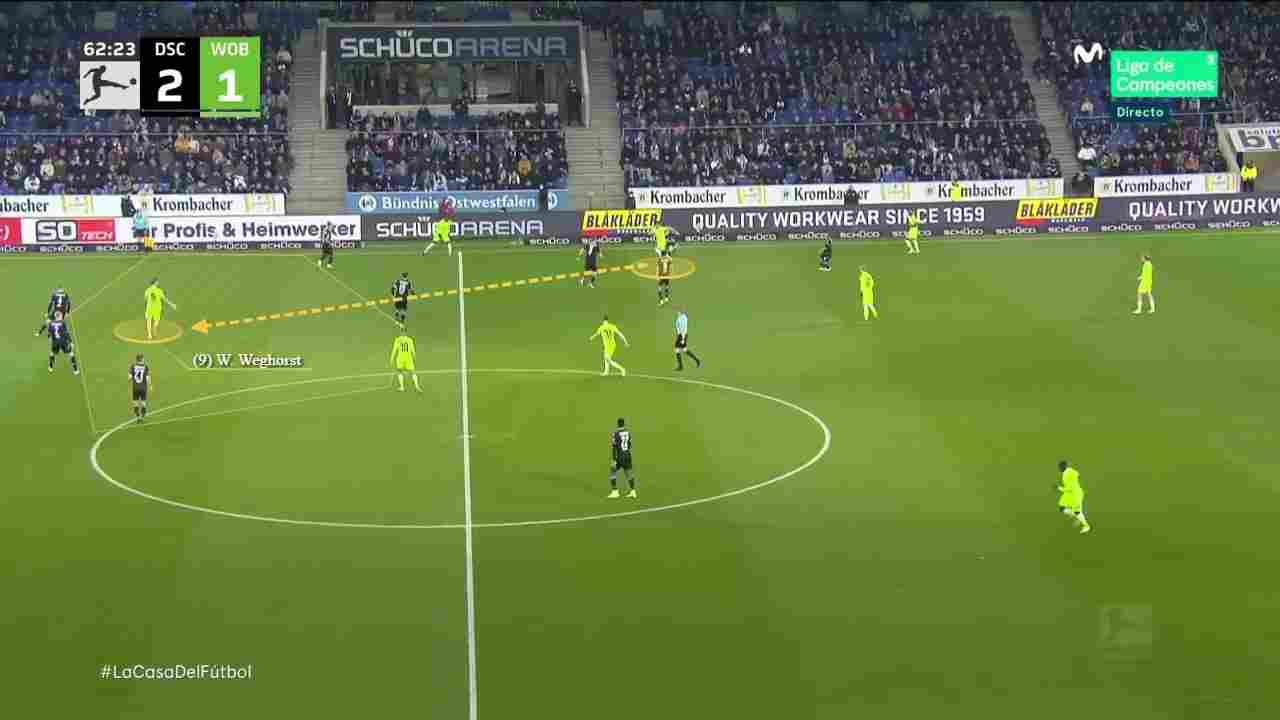 An important byproduct associated with his movement and positional nous arises from how he strategically pins and draws markers to generate room for teammates. Seeing as defenders are so wary of his threat, he often attracts multi markers, which unbalances backlines and leaves fellow attackers vacant spaces to exploit.

A superb reference point and target man for attacks, there’s no doubting what a suitable player he is for the way Dyche’s Burnley play.

Accompanying his work with the ball at his feet, the 29-year-old’s chance conjuring ability is another asset of his. Crisp with his passing exchanges in close quarters, his one and two touch passes, flicks and backheels (using all parts of his foot) ensure he can knit play together successfully and set free teammates.

Moreover, how he can thread smart through balls, plus hit some tidy cutbacks and crosses, to oblige runners adds to his worth. Indeed, his eye for a pass in the final third is demonstrated by the fact he’s supplied 17 assists in the last two seasons and that he ranks in the top 20% percent (as per FBref) among players in his position across Europe’s top five leagues for assists per 90 (0.21). 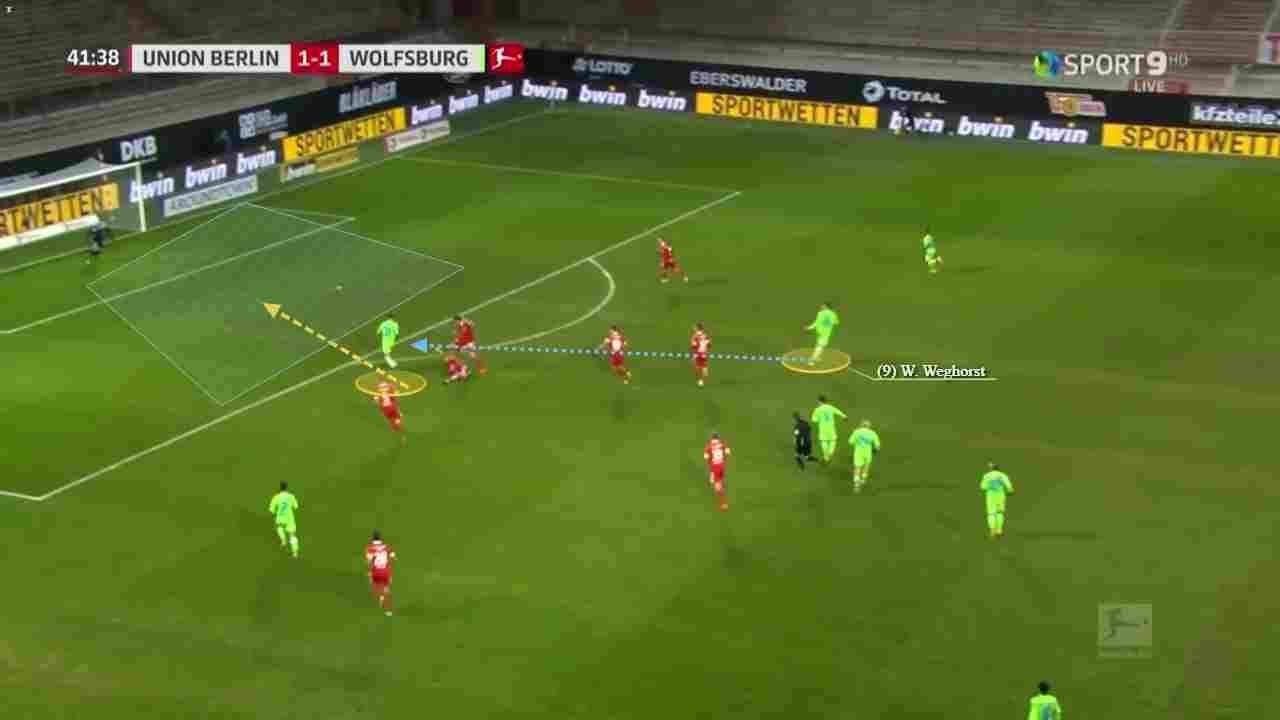 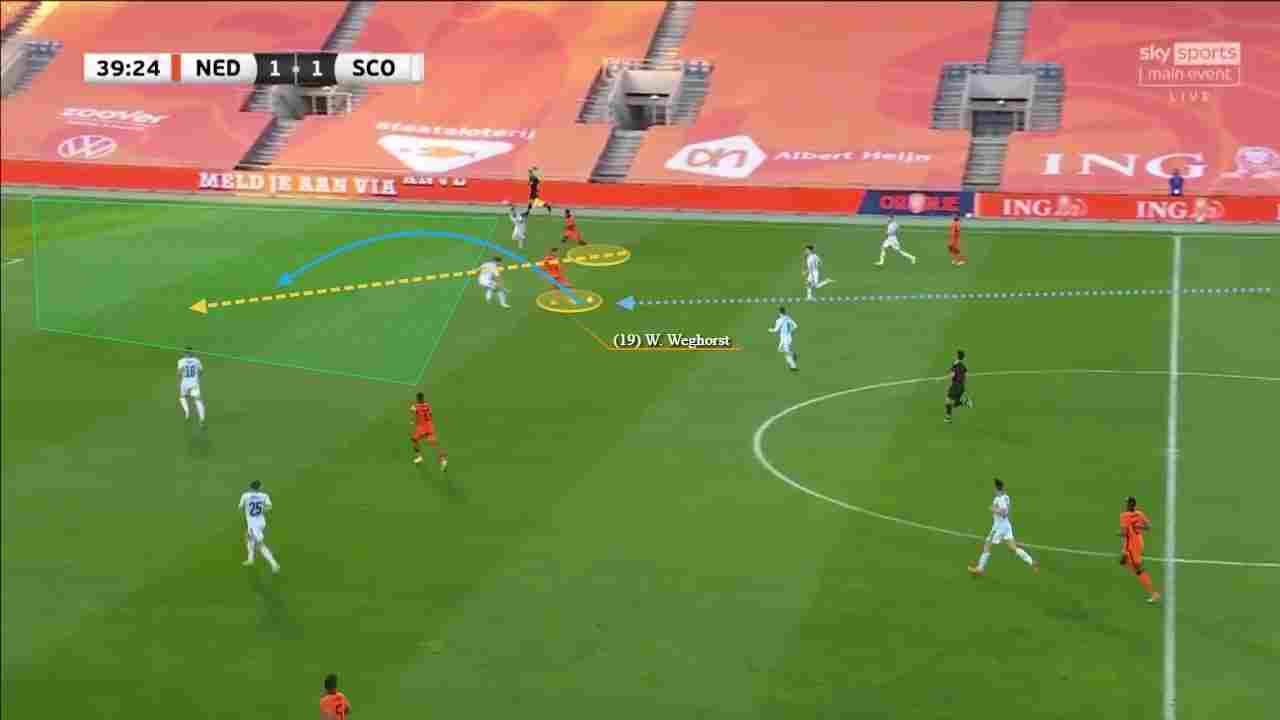 Tying everything together with his polished finishing, the former AZ Alkmaar marksman is able to score a wide array of goals, including glanced or powered headers, wonderful placed finishes, venomous blasts to beat the keeper from range or an angle, neat tap ins and crafty chips and dinks when 1v1. 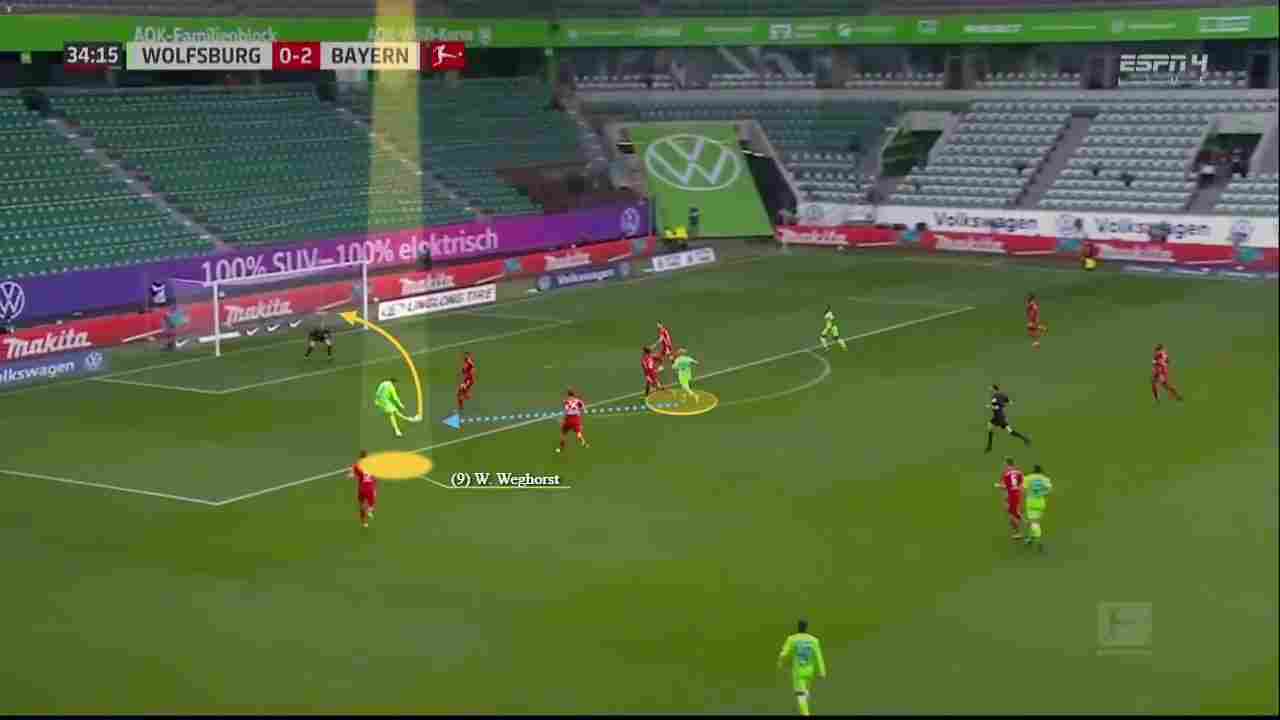 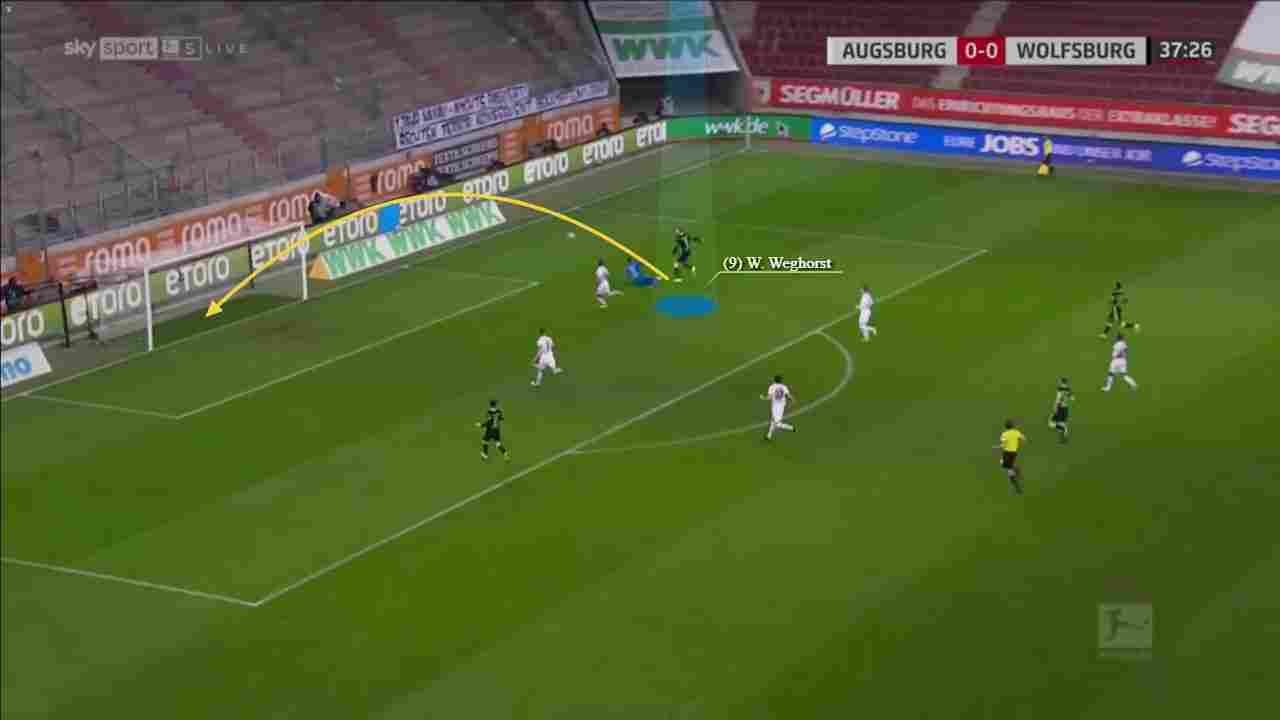 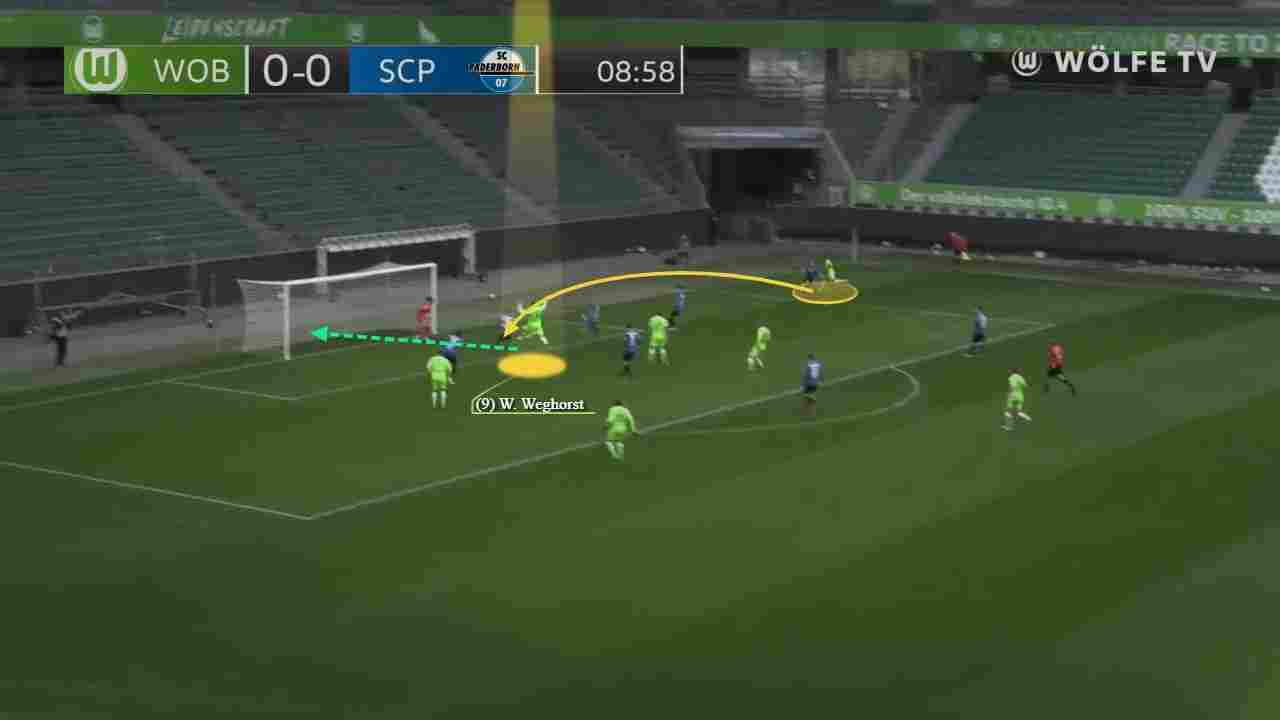 Instinctive and possessing a fine understanding of where to position himself and gain separation to maximise his chances. His neat dismarking moves like peeling off markers, exploiting their blindside, using zig zags and stop gos increase what an awkward foe he is contend with.

Registering double figures in each of the last five seasons of his career and second only to Bayern Munich superstar Robert Lewandowski in Bundesliga goals in the last three seasons, there’s no doubting his class in this compartment.

Weghorst’s fierce pressing sees him standout defensively too, with him illustrating what a brilliant man he is to lead the press. Full of energy, responding to triggers smartly and adept at angling his harrying to use his cover shadow to block passing routes, these are crucial keys to his success. Ranking in the top 2% among strikers for pressures per 90 (23.10), this depicts his aptitude here, with him constantly causing turnovers directly and indirectly through his pressing.

Making a solid start to life at Burnley, his manager has been delighted with impact at this early stage. “We brought him in because we felt he could operate within the side and add to what the side has done,” Dyche said.

“We look at all the stats but sometimes it’s just on the visual performances of the player, and visually he’s been very good. Add in the stats and you think that’s a player who is very motivated to come in and make a difference.”

Bringing renewed optimism that Burnley can avoid the drop, the acquisition of Weghorst is a real coup by the Clarets, which might just be the boost they need to turn around their season. Needing desperate help in the goalscoring department, expect Burnley’s poor record of scoring just 20 goals in 22 matches to improve with the big Dutchman leading the line.

While it won’t be easy, the last placed team have certainly stated their ambition that they’re desperate to remain in the Premier League for another season by signing an elite forward in Weghorst.