Signing Tom Carroll a neat piece of business by QPR 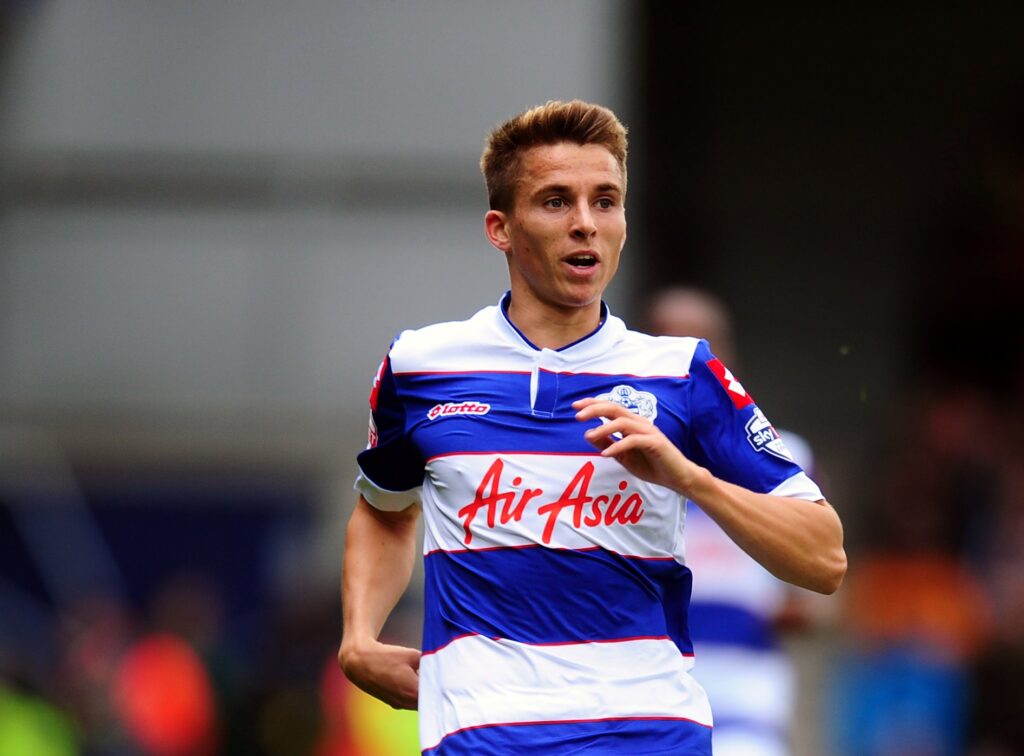 Boasting plenty of experience at the highest level, that’s seen him enjoy spells with Tottenham Hotspur and Swansea City in the Premier League, the capture of Tom Carroll’s a neat piece of business by Queens Park Rangers.

Having been released by Swansea last January, the injury ravaged midfielder will be hoping to remain fit so he can get back to his best. Returning to Rangers after helping them earn promotion to the Premier League in 2013-2014, he’ll be hoping to replicate the feat with the Championship club.

QPR boss Mark Warburton is certainly excited about bringing in Carroll when speaking upon the news of his arrival. “He brings Premier League experience and Premier League quality, in terms of his technical ability,” he told the club website.

“He’s had a frustrating time over the last couple of months, but I think we have a very experienced and very talented player who is hungry to prove a point.

“My question to Tom was, ‘How hungry are you?’ Clearly, there is a really strong desire to come and play football. He should be entering his prime and I think he will be a great addition to the squad. He’s added a different level of passing ability – he sees a pass that opens up the opposition. He finds pockets of space that we work hard to create and maximise, and I think we play in a style that suits Tom.”

A classy, technically gifted midfielder, Carroll will certainly give QPR plenty of control and help their efforts in possession immensely. So neat and tidy on the ball, his sweet first touch and ball control give him a strong foundation to execute his intended actions. The fact he persistently performs head scans of his blindside is a key asset, for this allows him to get an updated mental imagery of his surroundings so he knows where the space, his opponents and his colleagues are positioned.

This means he can duly tailor his receiving position depending on where nearby markers are, thus ensuring he can spin away on the half turn, turn away against the grain of the incoming pressure or protect the ball with his body while waiting for a viable option

While he’s not blessed with explosive pace or acceleration and doesn’t bring out the flashy tricks to beat his man, he still has a nifty repertoire of moves to buy time, gain separation from his man or beat them. These include fake passes, body swerves, feints and shoulder drops, which have notably also opened pass lanes for him to exploit.

Accompanying the above with his polished distribution, arguably his standout attribute, and Carroll is adept at connecting, constructing and dictating proceedings from his central midfield station. A player who keeps things ticking over smoothly with his crisp, metronomic passing, he’ll help the Rs maintain possession and when building through the thirds.

Patient and with solid vision, the 28-year-old has no issue recirculating possession while waiting for weaknesses in the opposition structure to arise. Crucially, he has the quality and range to then exploit openings, with his penetrative vertical passing to colleagues between the lines or to the feet of his forwards valuable. 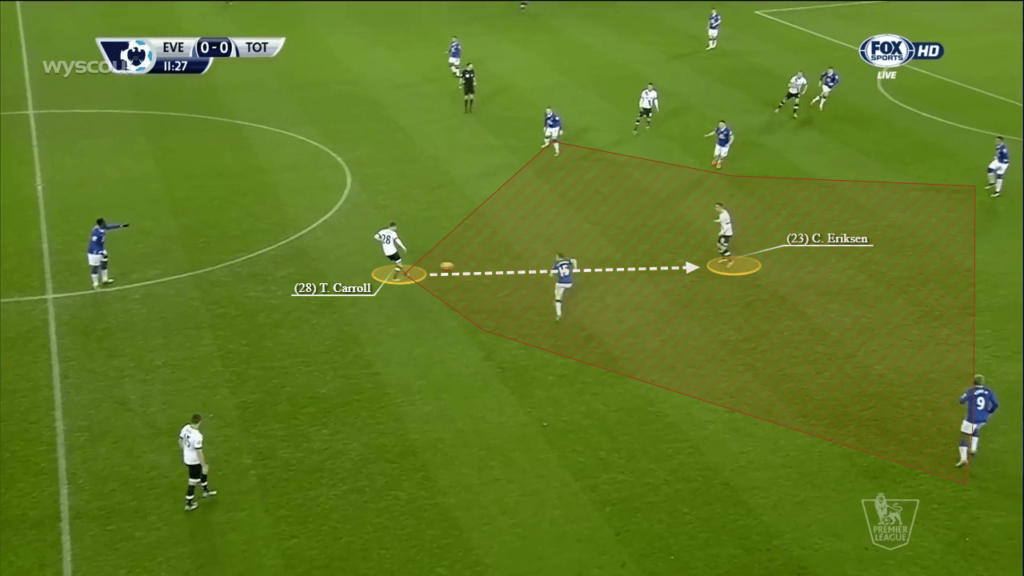 Moreover, his capacity to strike wicked switches of play, hit measured through balls in behind and chipped balls to teammates all over adds to his worth. So comfortable on the ball and resistant to pressure, it’s admirable how he combines intricately in tight spaces with some lovely one touch passing and flicks, which can be beneficial in drawing out deep blocks or generating disconnects in backlines for runners to surge into. 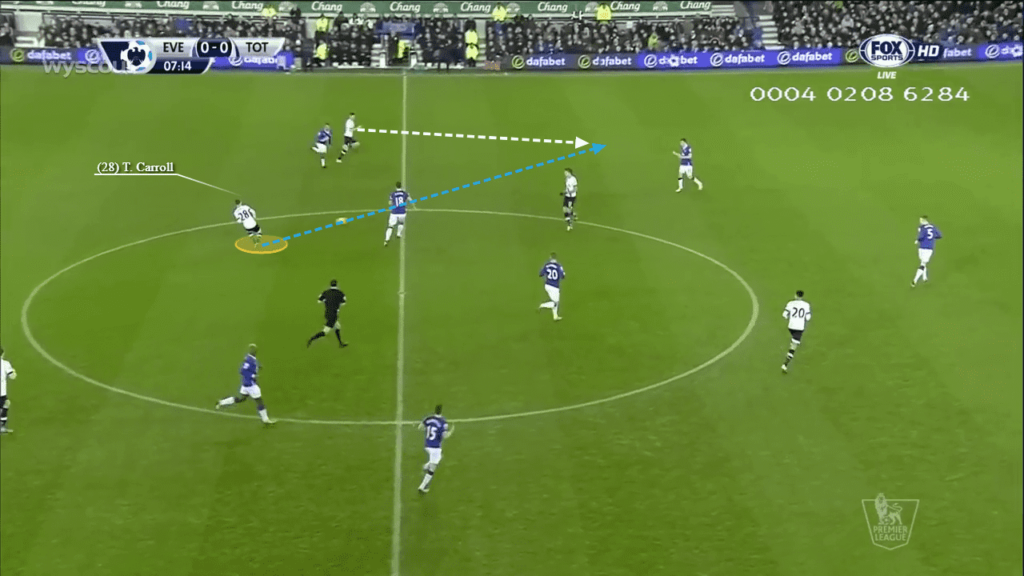 Typically delivering his passes with ideal weighting, accuracy and to the preferred foot of his targets illustrates his prowess here and how he gets the little details spot on. The way he uses his eyes to trick opponents he’s passing to a certain area before then hitting a different option unbalances opponents nicely too. 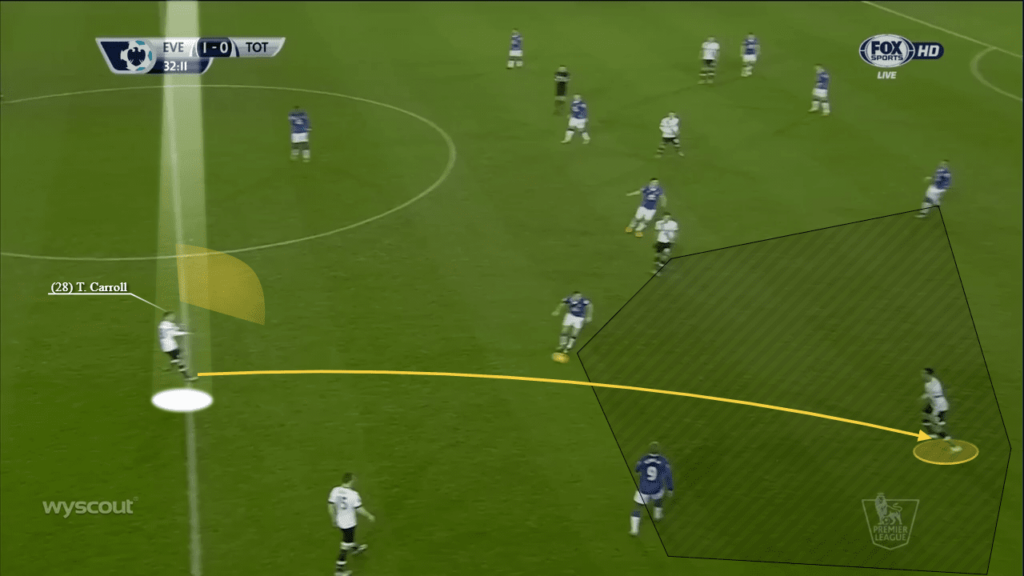 Intelligent with his movement to boot, the former Tottenham Hotspur prospect has a terrific understanding of where best to position himself to help attacks. Adept at helping strategically generate overloads during build up, in wide areas or true central midfield areas, this has aided his team’s capacity to bypass opposing structures. Whether finding room between adversaries’ lines of attack and midfield, dropping between or alongside the centre backs or pushing into the half spaces, his positional sense is a real asset. 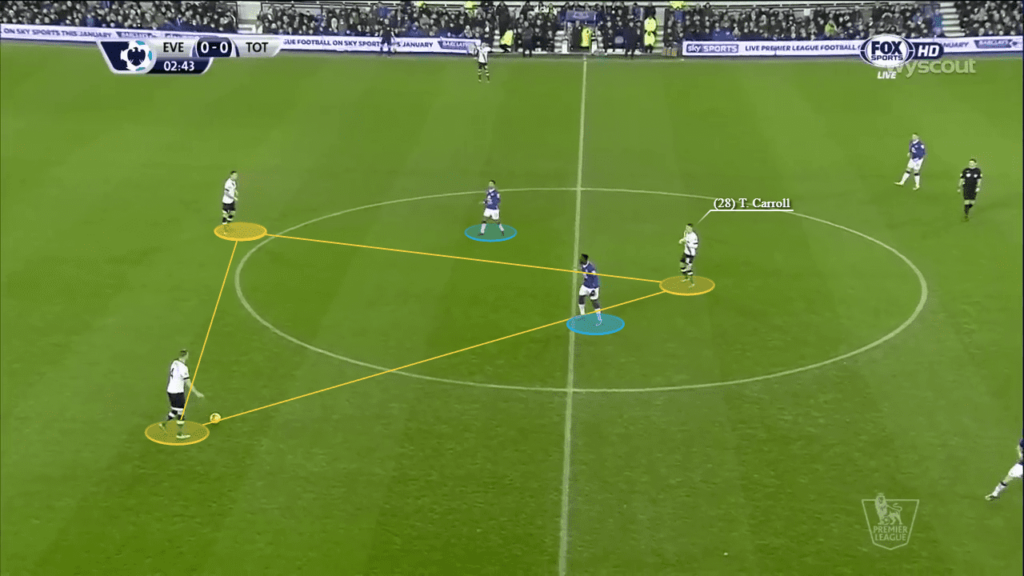 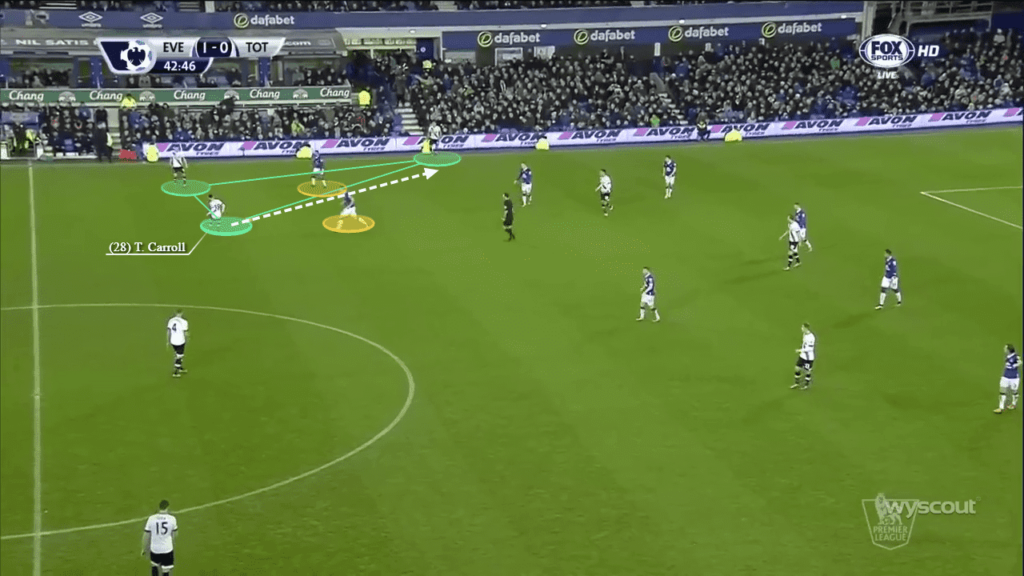 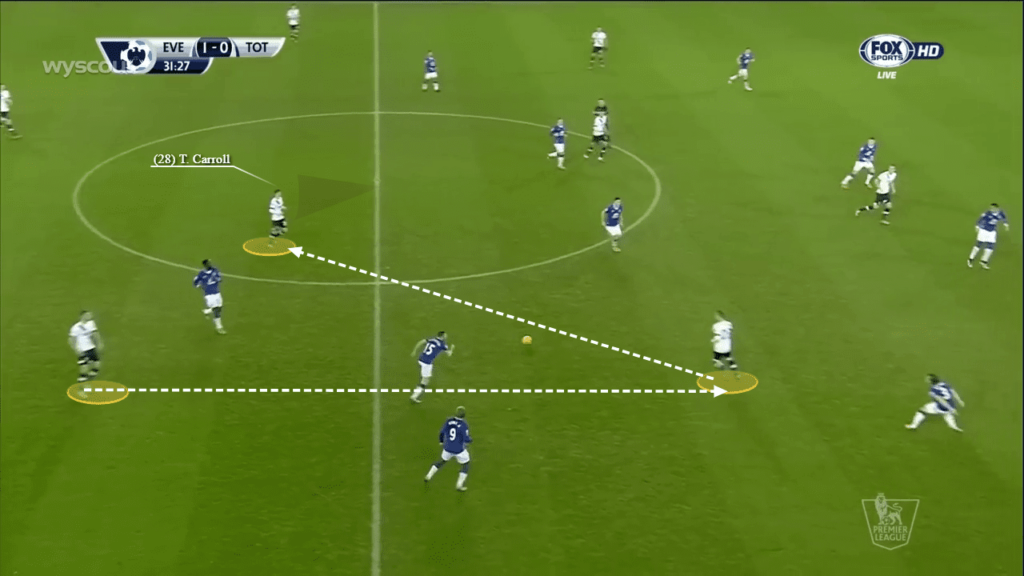 When the chance presents itself to burst into the box or in behind, Carroll’s keenly marauded forward, taking full advantage of gaps between defenders to add depth into passages. 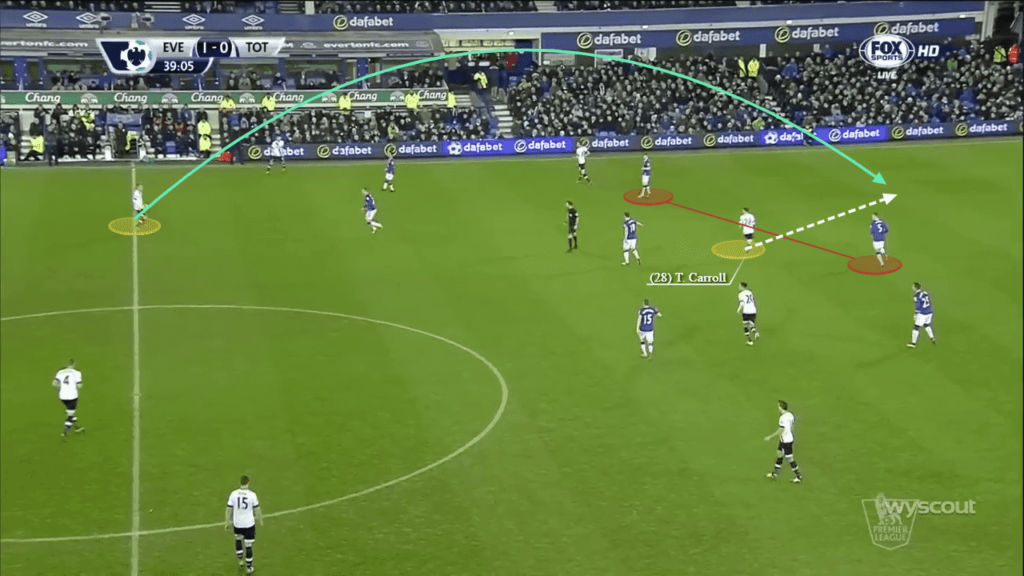 The way he manufactures space for others warrants mention, for he smartly pins and drags markers out of shape to open passing lanes and make room for teammates to dribble upfield into.

Keen to make the most of his return to Loftus Road and return to a level resembling his best, he’ll be given every chance to do so under Warburton’s tutelage.

The club, his manager and Carroll himself will just be desperately hoping he can remain fit, for if he can, he’ll be a huge asset to the promotion chasing Rangers.