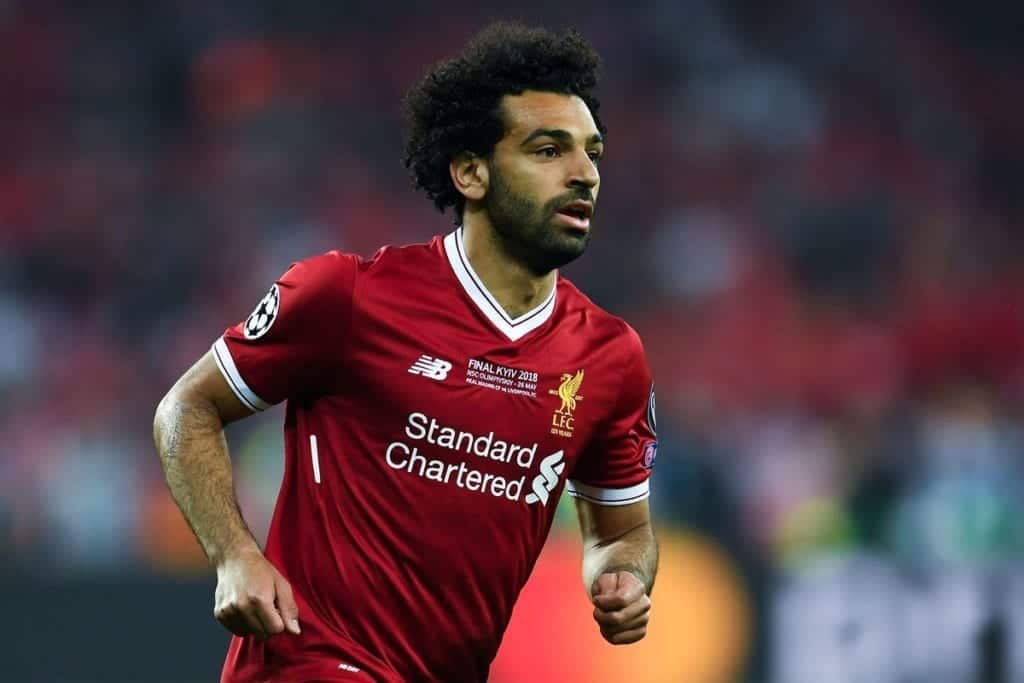 Many were quick to jump on Mohamed Salah when he only scored three goals in
his first 11 matches for Liverpool this term, disappointingly claiming he
was a one season wonder.

While a downturn in goalscoring production was to be expected after his
breathtaking first season at Anfield, where he bagged a scintillating 44
goals in all competitions on his way to winning the PFA Player of the Year,
such claims were harsh, for his all-round contribution was still at a solid
level.

In truth, Salah’s form in the two-and-a-half years prior to him joining
Liverpool, with AS Roma and Fiorentina, ensured this claim had no legs to
stand on anyway, where he notched 43 goals and supplied 28 assists before
his move to Merseyside.

Regardless, Salah’s response has been emphatic, as the Egyptian star’s
subsequently gone on to score 13 in his next 16 matches. Considering he
came into the season not fully fit due to the injury he suffered in last
term’s Champions League final and has had to adapt to playing in a more
centre forward type role, Salah really does deserves plenty of credit for
his sterling output.

Jurgen Klopp’s comments on his development this crusade make for insightful
reading. “He had to adapt a bit to the slightly different positions; it’s
not that much different, but it is different from time to time,” he stated.

“We need him as a link-up player as well and that’s a very important part
of our game, but he is still with the desire and with his speed. His speed
in the first few yards is just impressive. He is a very important part of
our finishing situation in general, how we prepare them, how we come into
the situations.

He then touched on his physical state, saying: “Of course, he is young
enough to involve a lot more things in his style of play. It is not just
speed, it is not just finishing, it is between the lines, there are a lot
of things, there is keeping the ball, but you need your body for that.

“That was the only problem Mo had a little bit at the beginning of the
season, a part of his body was not perfect. He is a world-class player, but
we all knew we had to wait for the moment when everything is fine – that is
already a few weeks ago and so it’s all good.”

So lively, intelligent and rapid, Salah’s movement provides with him a
brilliant platform from which to undertake his work. Always monitoring his
surroundings to get a regularly updated mental imagery of where his
opponents, teammates and the exploitable spaces are located, this allows
him to expertly direct his runs.

Once a teammate cleanly gets on the ball with their head up and in a
position to hit a potential pass on their favoured foot, this gives him the
information he needs to quickly instigate his movement. So astute at
targeting his runs into dangerous zones and gaining separation from his
man, the timing and angling of his runs are usually of the highest order. 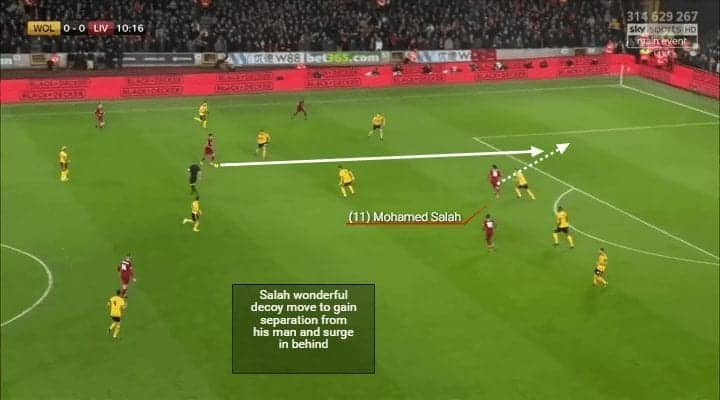 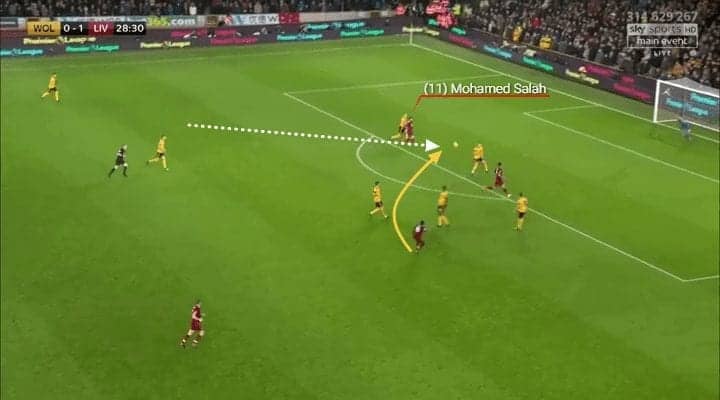 By often drawing the attention of multiple adversaries, it’s a common sight
to see him manipulating defensive structures to create space for others
too, with his capacity to pin and stretch backlines a massive highlight.

In addition, his aptitude in this regard also extends when he checks
towards the ball carrier to link play, fluidly performs rotations with his
colleagues, instinctively adjusts his run to latch onto cutbacks from wide
and in counter attacking situations, where his spatial awareness and
dynamism combine wonderfully. 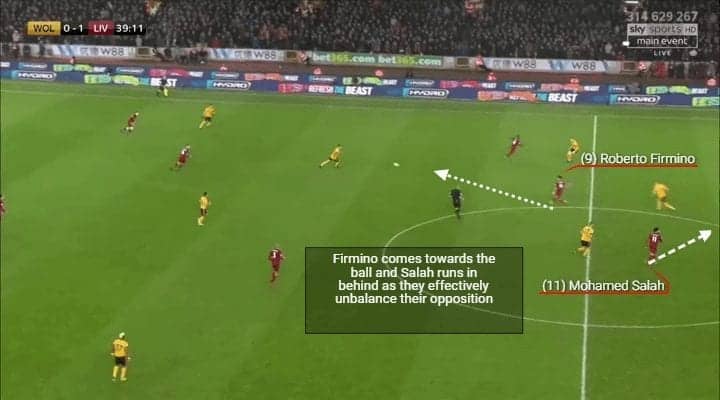 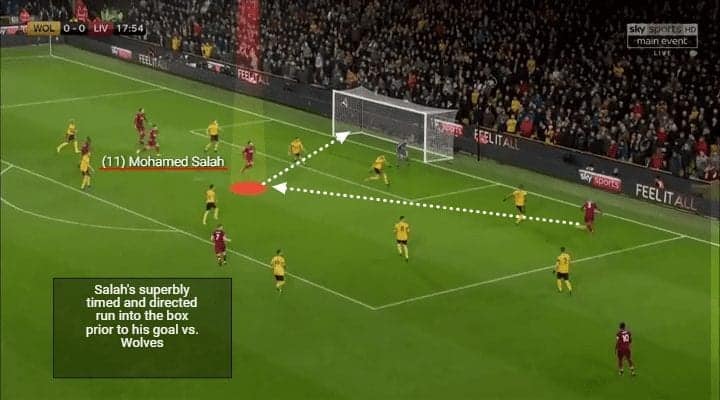 Supplementing the aforementioned perfectly with his technical execution,
Salah’s finishing, passing and dribbling have also been a major asset for
the Reds. Thriving under high pressure situations, the way he completes his
actions coherently despite being placed under duress has duly compounded
issues for his foes.

Courtesy of his anticipation, conviction in his decision making and
confidence in himself, he always backs himself to perform his intended
actions. Whether it be hitting expansive through balls, partaking in
intricate link play in close quarters, dribbling at his opponent 1v1 or
attempting an ambitious finish or piece of skill, he operates with such
authority.

Whatever role Klopp deploys his technically and physically gifted attacker
in, you can guarantee he’ll be a menace and put his multifaceted skill set
to good use.

Unpredictable, breathtakingly fast, possessing and exceptional
understanding with his colleagues and so aware of what’s going on around
him, keeping Salah quiet is one of the most difficult tasks in European
football.

A one season wonder he most definitely is not.