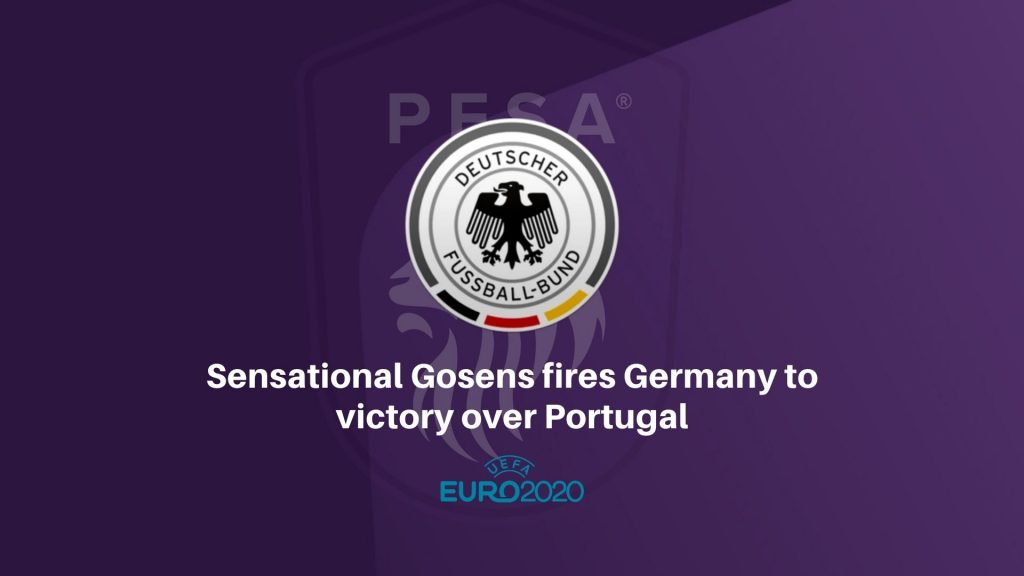 Germany returned to the winners list in emphatic style by crushing a star studded Portugal 4-2, on a night where Robin Gosens was unquestionably man of the match.

Wreaking havoc throughout his time afield, the Atalanta star was a constant source of menace to the reigning European champions, who struggled to come to terms with his threat.

Playing a part in all four of Germany’s goals, the left wingback’s marauding blindside runs and understanding with his colleagues were integral aspects of the thumping victory. Timing and angling his surges expertly, this, in combination with his speed and strength, saw him persistently offer a fantastic attacking outlet.

Quick to recognise when Nelson Semedo was ball watching, helping Pepe mark one of Germany’s forwards or if he was preoccupied with another assignment, Gosens pounced brilliantly. With Germany always awake to his runs into the final third, he latched onto his teammates’ deliveries before either firing in a cross, cutback or unleashing a shot. Taking full advantage of the dynamic advantage he had over the awkwardly oriented, stationary and ball facing Semedo, Gosens used his momentum and power to good effect on countless occasions. 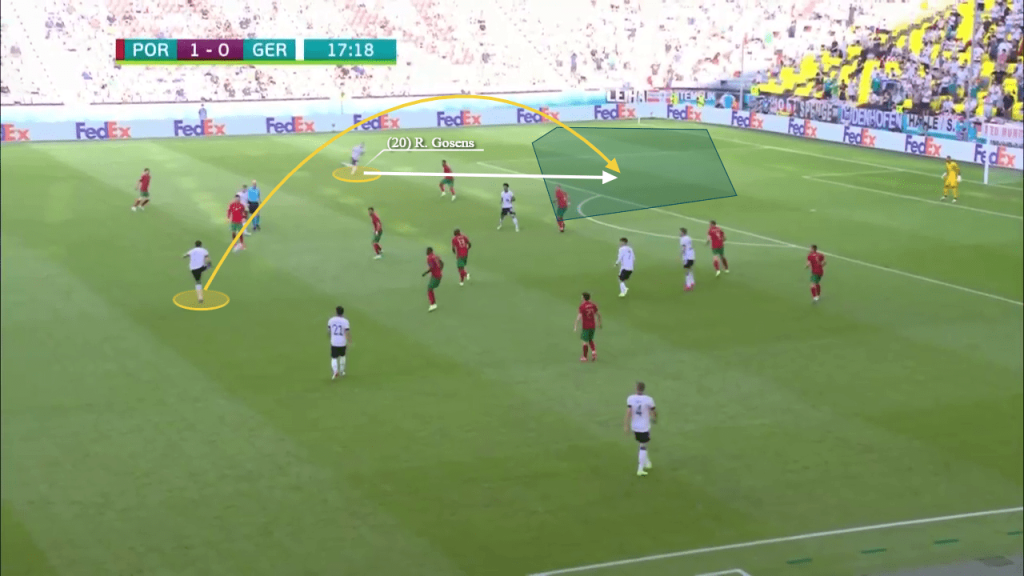 Indeed, his goal was a perfect example of his prowess in this regard, where his masterfully timed depth run into the box saw him able to avoid the attention of Rafa Silva before powering his header into the back of the net. 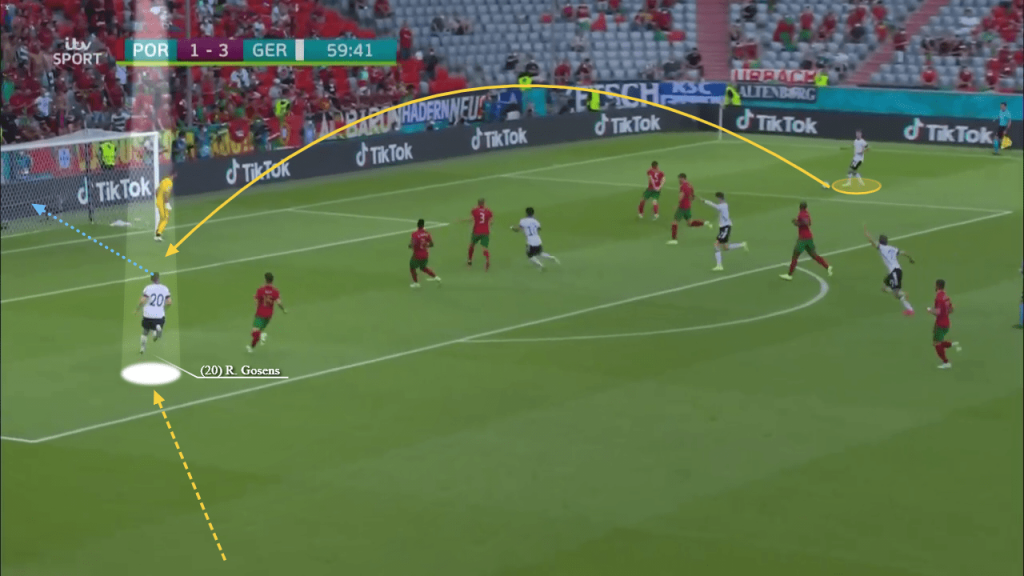 Germany’s opener, which was on own goal by Ruben Dias, owed much to Gosens’ run as well, as his late arriving burst put him in a quality position to generate danger. And that’s precisely what he did by firing in a low cross towards Kai Havertz, which was ultimately turned in by Dias.

Then, for their third, Gosens was found in oceans of space, as he smartly identified that Portugal’s backline was centrally focused as Germany had initially built down the opposite flank. Completely free on the left, Thomas Muller then obliged his run before Gosens then coolly supplied Havertz with a smart assist for him to tap home. Serge Gnabry’s crafty decoy run deserves mention too, with him drawing Semedo inside, which enhanced the vacant spaces Gosens had to operate in. 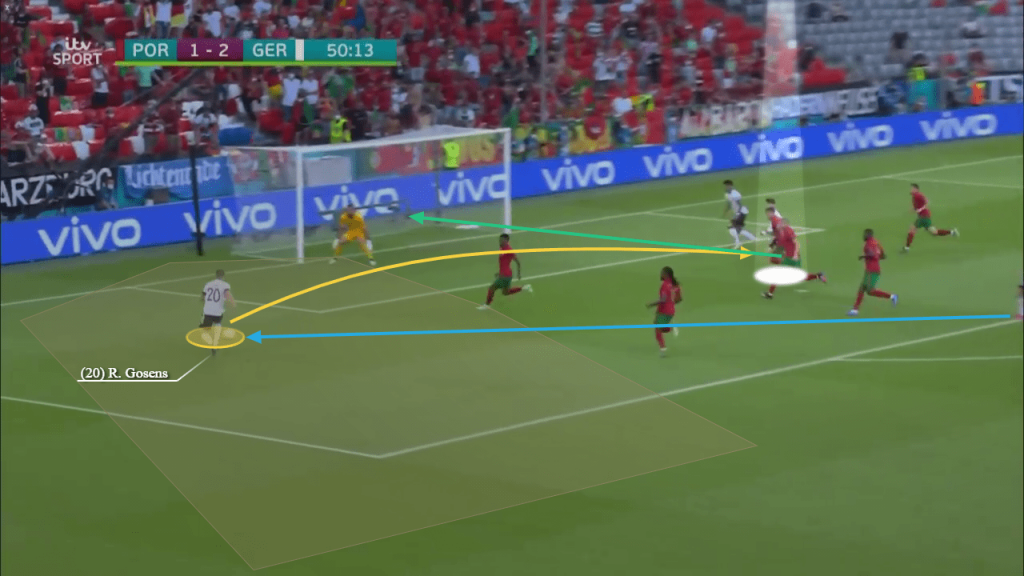 It was also important to note how Muller would strategically pin Semedo, thus putting him in two minds on who to mark, with these 2v1s bearing fruit wonderfully during the match. 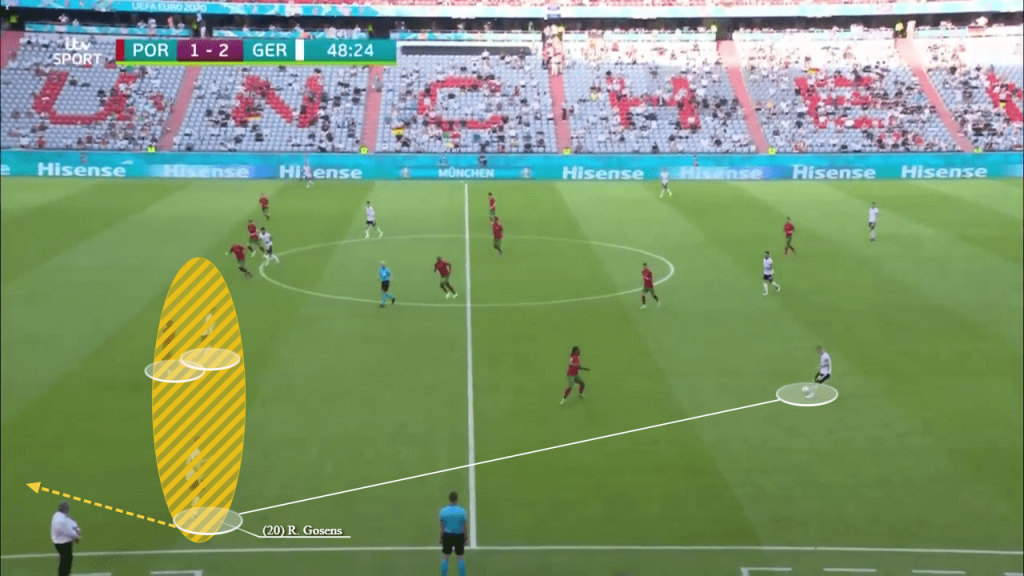 A testament to the success of the tactic came prior to Die Mannschaft’s second, where Muller drew Semedo, thus allowing Antonio Rudiger to find the free Gosens, with this proving the catalyst for the passage that led to Raphael Guerreiro turning the ball into the back of his net.

Not only did he add width and depth to attacks while vertically and horizontally stretching Portugal as mentioned above, but Gosens also added some variety by switching with his fellow attackers to come infield and forming some overloads in build up. 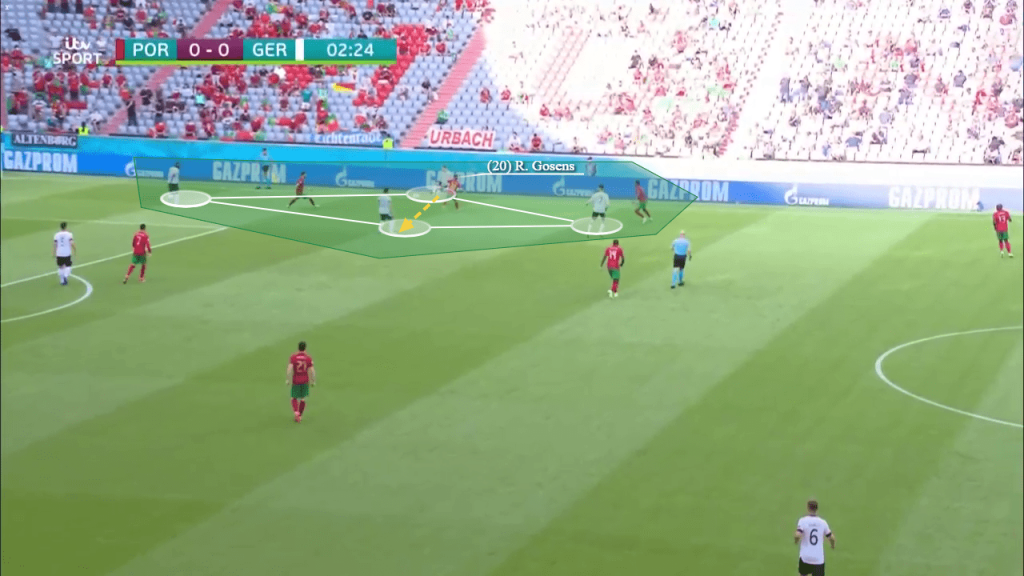 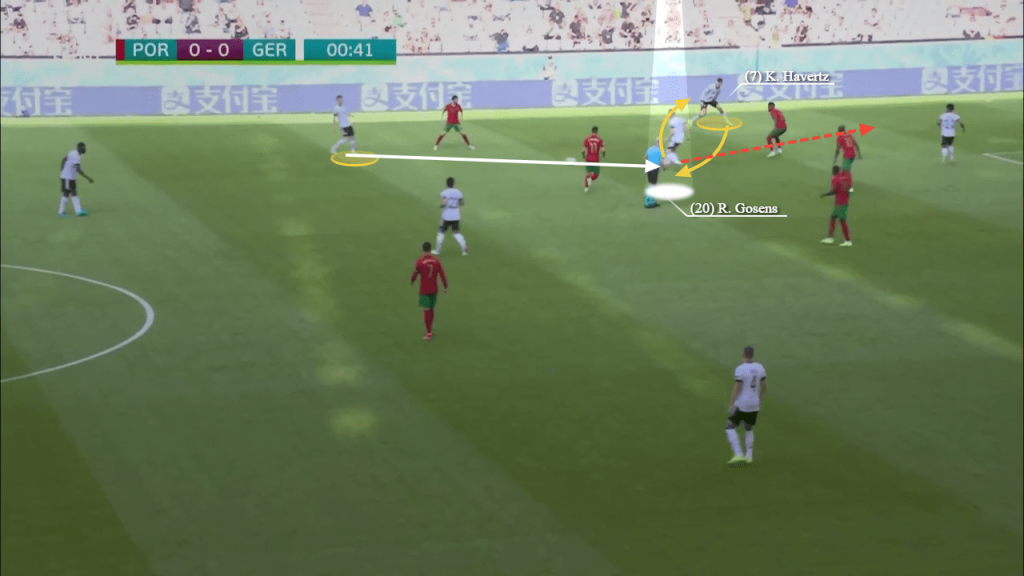 His work with the ball at his feet was at a high level too, with his progressive dribbling and passing supplementing his movement nicely. Showing good control, composure and some nice maneuvers to unbalance his adversaries, opponents found him a tough man to stop once in full flight.

Meanwhile, in terms of his distribution, he struck some incisive crosses, cutbacks, through balls and engaged in some smart combination play to further amplify his worth. 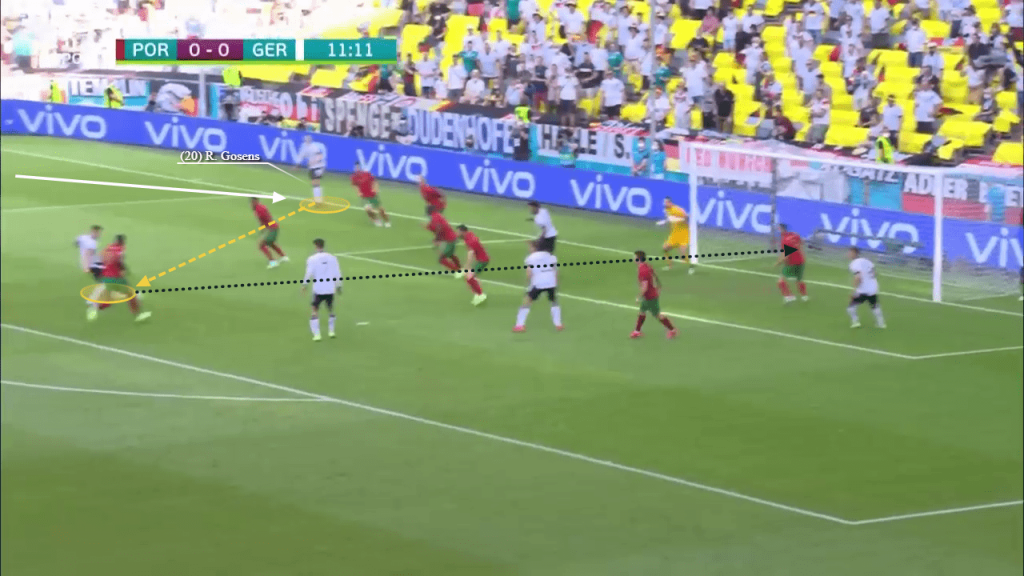 Causing frequent danger and relishing every chance to venture forward, his impact was unmistakable in this memorable triumph. Speaking after the match, his delight was evident about his barnstorming performance. “It feels unreal. For me, an unbelievable evening. A game that we absolutely had to win. A goal, involved in two goals, you can’t wish for more,” he gleamed.

“I felt well integrated into the game from the start, and was looked for a lot by my teammates — of course I’m happy about that. At the end of the day: world-class! I think we rewarded ourselves offensively — today we went one better in our offensive performance. The fans celebrated, we pushed each other. That’s awesome! We want to enjoy that — and then we’ll go full throttle against Hungary.”

Filled with confidence and ready to shine against Hungary, where a positive result is required to progress to the knockout rounds, expect Gosens to once again be a key weapon for Joachim Low’s men.