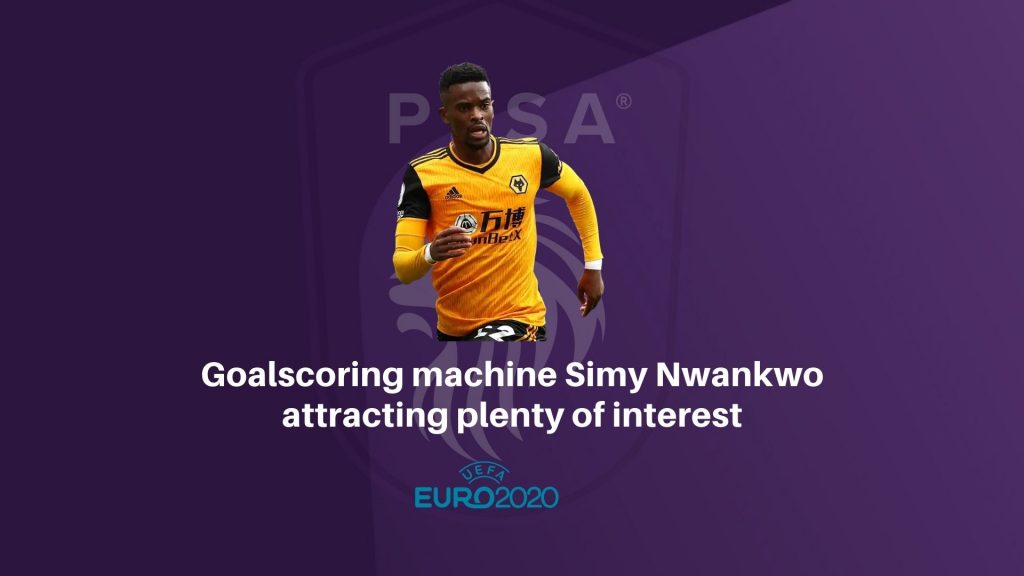 Seeing as Joao Cancelo was forced to pull out of Portugal’s Euro squad, this left Portuguese coach Fernando Santos with a tough decision to choose between Cancelo’s replacement in the squad Diogo Dalot or Nelson Semedo for the right back post.

Ultimately, Santos opted for the latter for their Euro opener against Hungary, and Semedo certainly didn’t let him down by putting in an excellent shift on both sides of the ball.

Getting the fundamentals spot on, the Wolverhampton Wanderers star performed his defensive duties effectively. Although he wasn’t massively active in this phase of the game due to Portugal dominating possession, he still dealt comfortably with whatever was thrown at him.

Using his acceleration and anticipation, Semedo alertly tracked runs into his area of operation. Considering many Hungarian players enjoyed stints in this zone, including Roland Sallai, Adam Szalai, Attila Fiola and Andras Schafer, Semedo crucially remained attentive to deal with this threat.

His recovery speed also proved valuable when getting back to support his backline during counter attacks and if nearby centre back Pepe needed help.

Other aspects of his stopping efforts of note arose from his isolation defending, strength in duels, his high pressing when required, his positioning to tuck inside when the ball was on the far side and how he coherently read the ball’s drop zone to reclaim loose balls for his team.

Meanwhile, going forward, the 27-year-old was full of intent and quality. Giving his team plenty of width to stretch the play against Hungary’s 5-3-2 defensive shape, he took advantage of the wide spaces available to him. From here, he often embarked on some dangerous overlaps before looking to pinpoint a colleague in the final third. 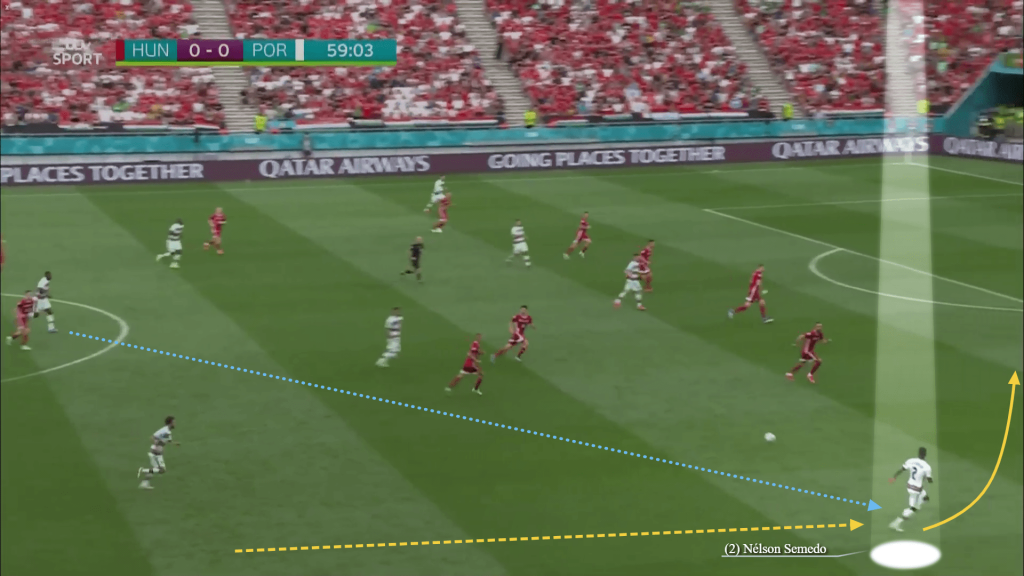 By hugging the touchline, this drew Hungary’s left wing back, Fiola, towards him, which notably opened spaces between Fiola and the closest central defender for runners to exploit. Portugal duly made some headway as a result, with the likes of the interchanging Bernardo Silva, Bruno Fernandes and Cristiano Ronaldo making some sharp runs down this channel. 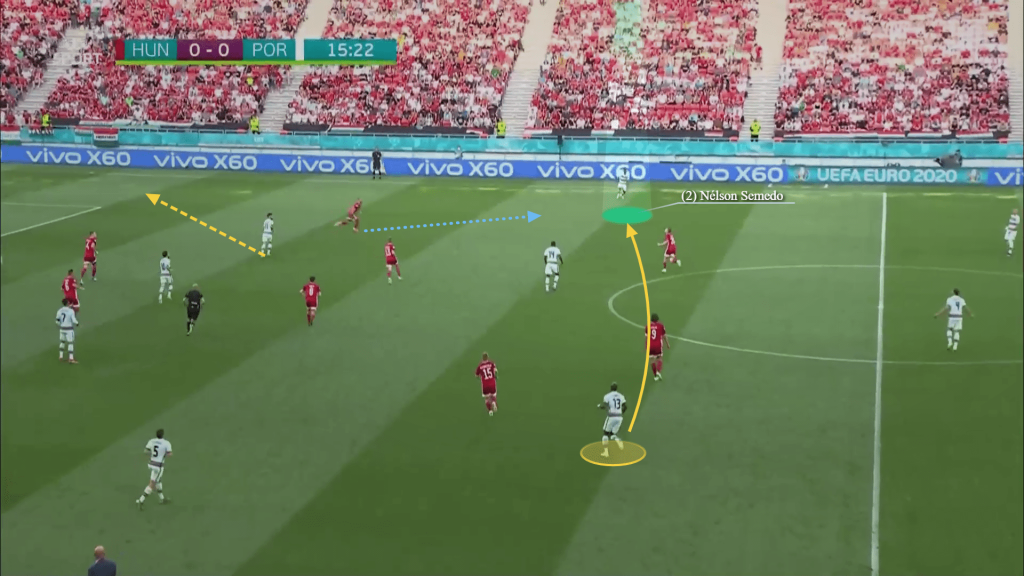 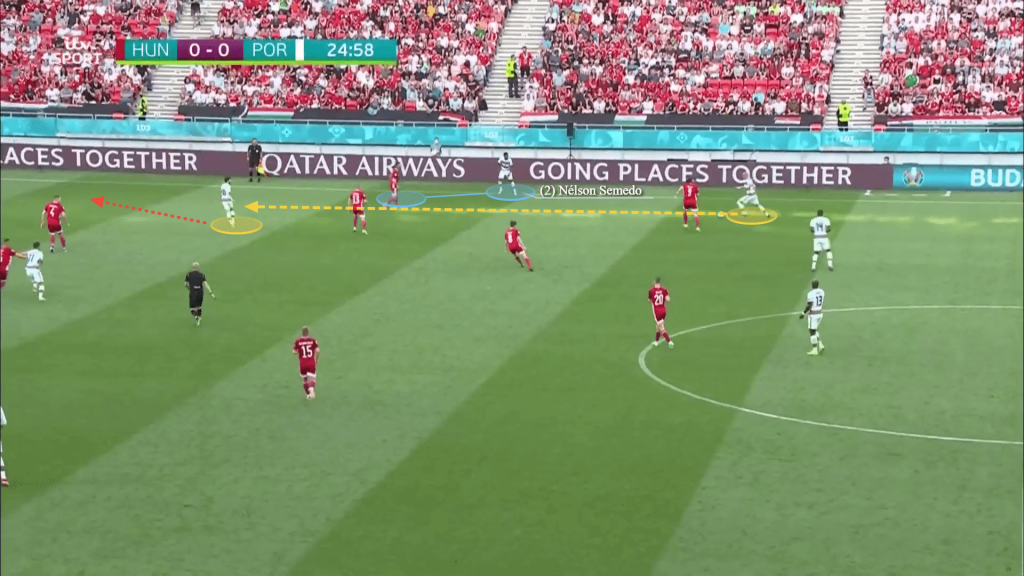 A testament to the success of the tactic arose in the lead up to Portugal’s opener, where Rafa Silva ventured into the aforementioned space as Semedo pinned Fiola before cutting the ball back for Raphael Guerreiro to score. 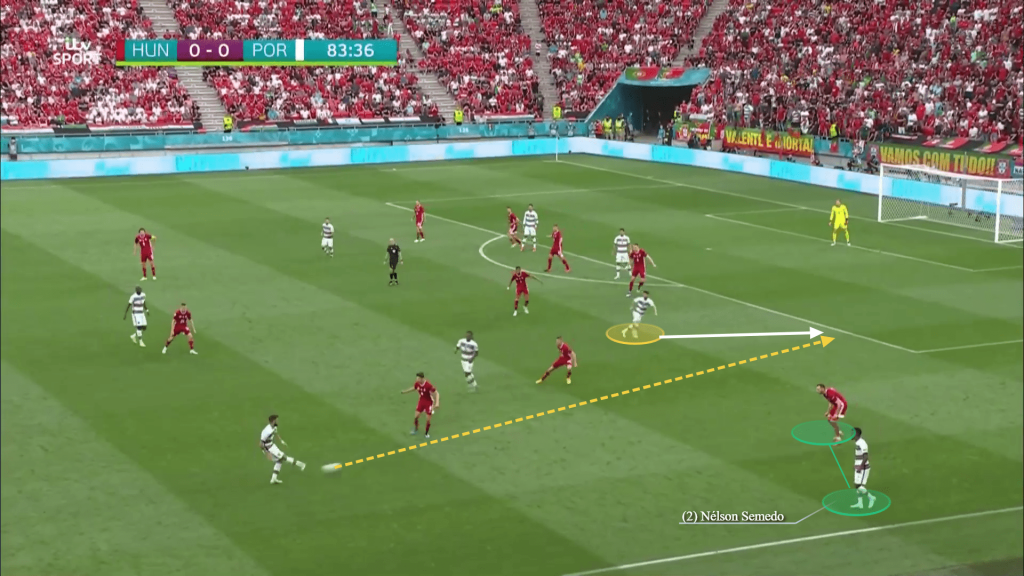 Forming some nice triangles in wide areas to help provide passing angles or form overloads, this helped his team have nearby options and to progress up the field smoothly. 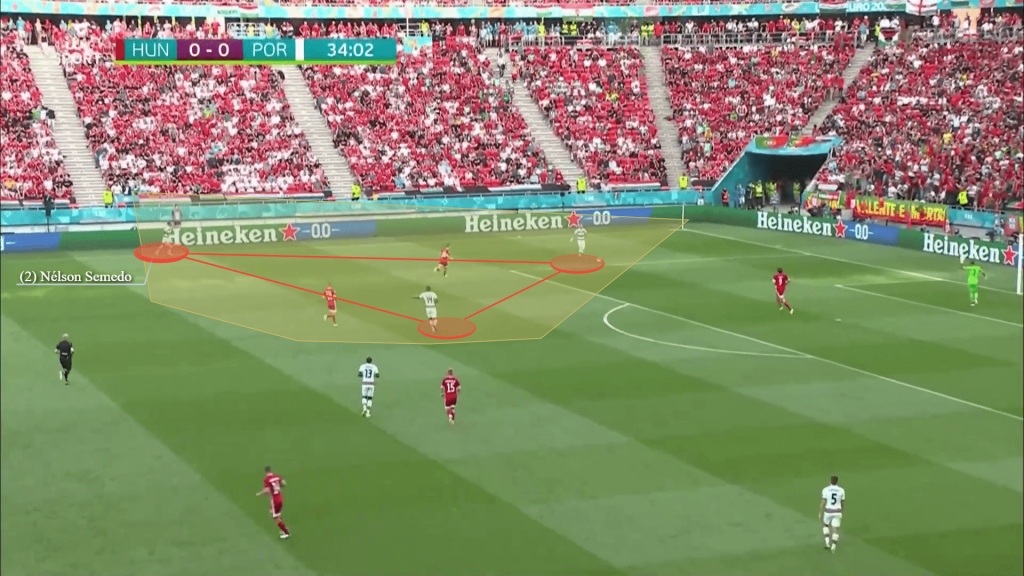 Semedo’s sporadic underlapping infield runs added another dimension to his game, allowing him to attack the box following sharp rotations with his teammates, which had the extra bonus of unbalancing Hungary’s rearguard. 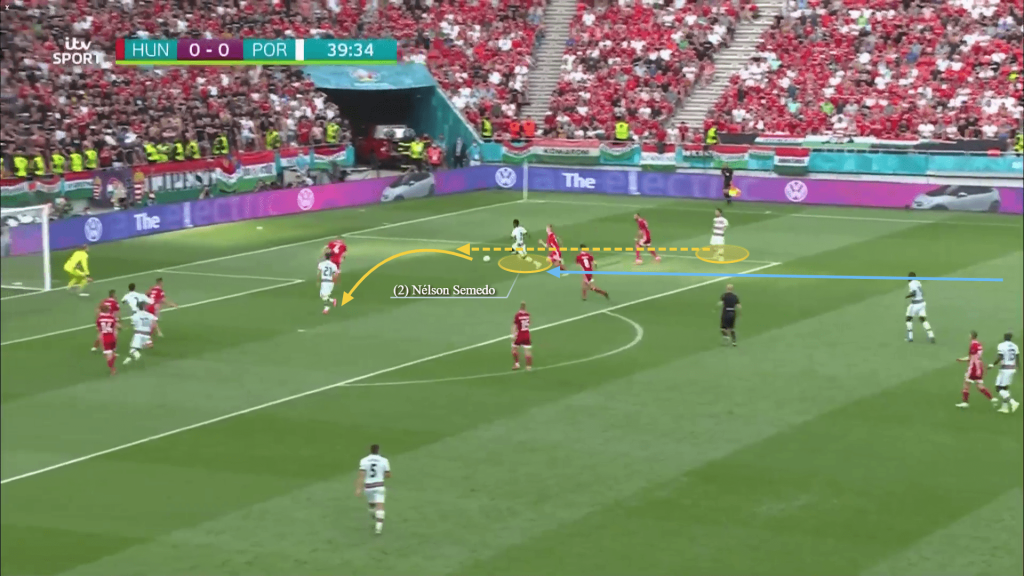 Semedo supplemented his movement with his tidy work with the ball at his feet. Stamping his mark with some dangerous dribbles upfield, considered passing to move the ball into Portugal’s gifted attackers and by hitting some neat crosses, cutbacks and through balls, these were further upsides attached to his display. 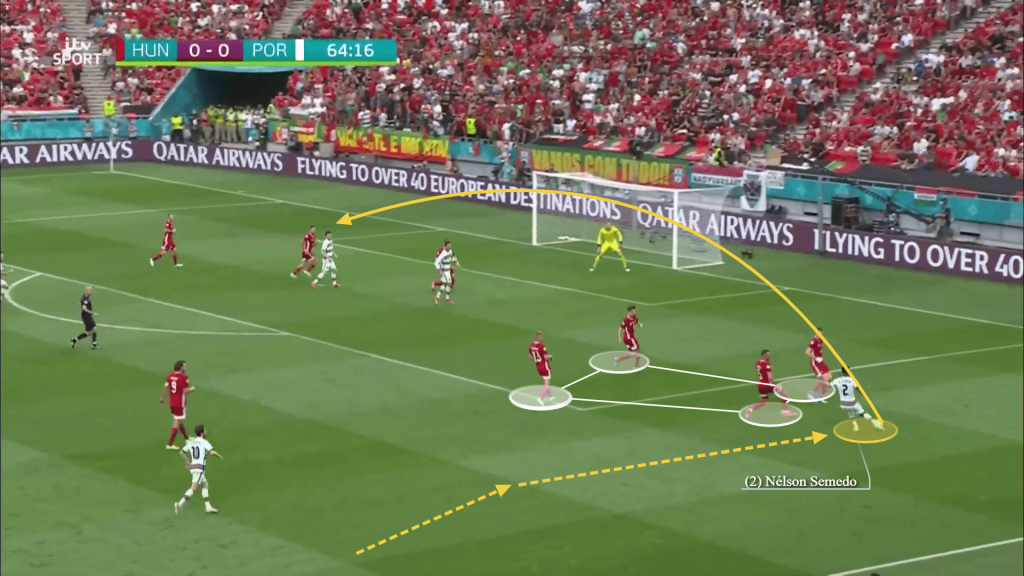 Vindicating his manager’s selection to install him as Portugal’s right back in Cancelo’s absence, Santos would’ve been delighted with his contribution towards the 3-0 victory.

Experienced, battle hardened and having previously won titles at both club and international level, Semedo certainly proved why he’s the ideal candidate to step up and fill in for Cancelo at this summer’s Euros.