Remarkable Robertson still such an asset for Liverpool 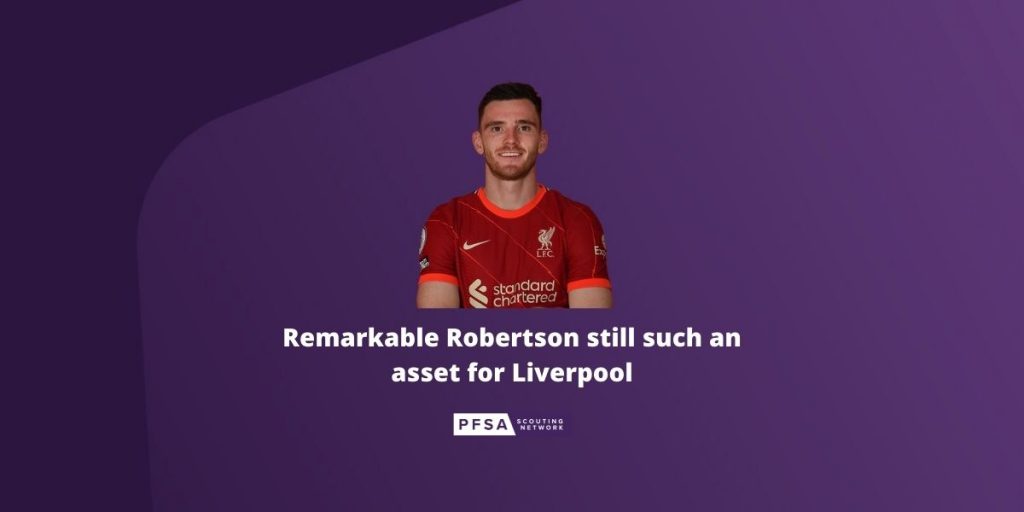 Having been at Liverpool for nearly five years now, the meteoric rise of Andrew Robertson has been a joy to behold.

Joining from Hull City for a bargain £8 million, the marauding left-back has gone on to firmly establish himself as one of the elite fullbacks in world football. Serving as a perfect fit for Jurgen Klopp’s high octane philosophy, Robertson’s relished playing under the German tactician, who’s unquestionably gotten the best out of him since his arrival.

“Obviously, Klopp’s faith to sign me, first and foremost, from a relegated club, which probably I don’t think got many Liverpool fans excited about my signing when people like Mo and Ox were getting signed at the same time,” he said of the belief Klopp showed in him.

“The manager saw something in me that he could develop into being a decent player and I’m glad he’s done that. It took me time, [first] three or four months was tough, but my relationship with him was the same then as it is now.

“He still looks to improve me every day in training and he still looked to make me better back then as he does now. So my relationship with him is amazing and long may that continue because he’s improved my game, he’s improved me as a person and that’s what you look for in a manager. So I couldn’t ask for much better.”

Happy and content on Merseyside, the flying Scotsman, who was an integral part of the Reds’ famous Premier League and Champions League winning teams, has crucially kept up his high level into the 2021/2022 campaign too.

Such a force to be reckoned with offensively, his relentless forward bursts have yet again been a real handful for opponents to deal with. Picking his moments nicely when to jet forward to add width and depth to attacks, Robertson constantly offers himself as an outlet. So fast and explosive, the powerful 28-year-old’s shrewdly timed runs further enhance his menace, allowing him to get into ideal positions to continue dribbling or whip in a slick cross or cutback.

It’s also been notable how he interchanges positions with his nearby winger (mostly Sadio Mane) to embark on incisive underlapping runs to attack gaps between defenders and destabilise opposition rearguards.

His desire to push high and wide ensures he’s an ideal candidate to receive switches of play from the likes of Trent Alexander-Arnold and Thiago Alcantara so he can be isolated and stretch the opposition backline. In doing so, this not only gives him room to use his 1v1 dribbling skills, but also forces the opposition to shift across, which frequently produces gaps for attacking runners to explore. Robertson’s devastating blindside runs into the area have been a major weapon too, for he uses his dynamic advantage over his stationary, ball facing foes to get the edge to attack crosses. Be it crosses or passes on the ground across the face of goal, he’s usually on hand to rise for headers or ready to unleash a shot. 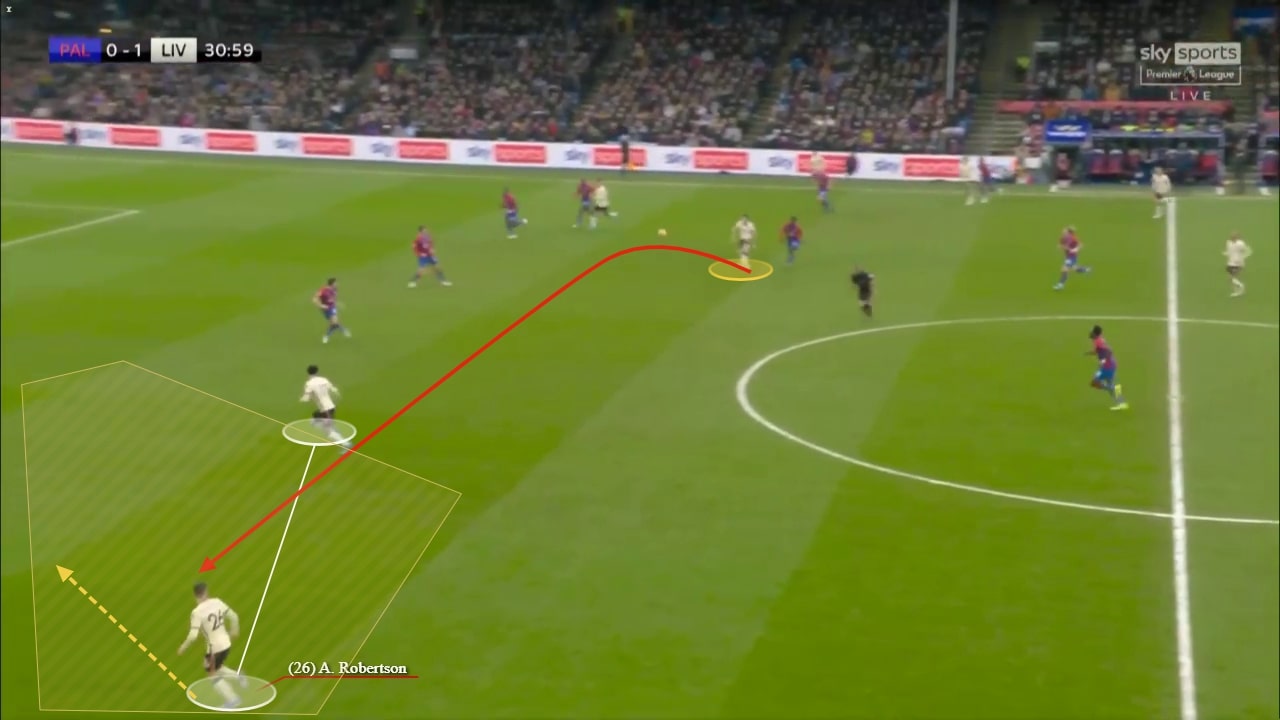 The outstanding relationship he shares with Mane and his teammates enables him to form strategic overloads in wide areas to bypass opposition stopping structures on the flanks. Ranking in the top 6% for progressive passes received (4.19 per 90) and the top 8% for touches inside the box (3.12 p90) among players in his position across Europe’s top five leagues illustrates his intelligent and influential movement.

His running power and stamina ensure he’s an asset with the ball at his feet too, with his damaging dribbles seeing him rapidly gain territory or breeze by adversaries.

Blessed with whirring speed, razor sharp acceleration and swift at changing direction, he’s a real handful once in full flight. Moreover, the way he can drop his shoulder and go by a man and execute slick feints are extra ways he can outfox a foe or gain room. Helped by his usually clean first touch and tidy ball control, this accentuates his aptitude here, which sees him rank in the top 7% for progressive carries (7.45 p90).

Shifting the focus to his passing, and he shines brightly here as well, striking his passes with incision, clarity and conviction. A tremendous crosser of the ball, both from open play and set pieces, the former Hull star fires in deliveries with admirable accuracy. Able to whip in balls with curl, dip, swerve, power or loft, Robertson has a cross to match any scenario. 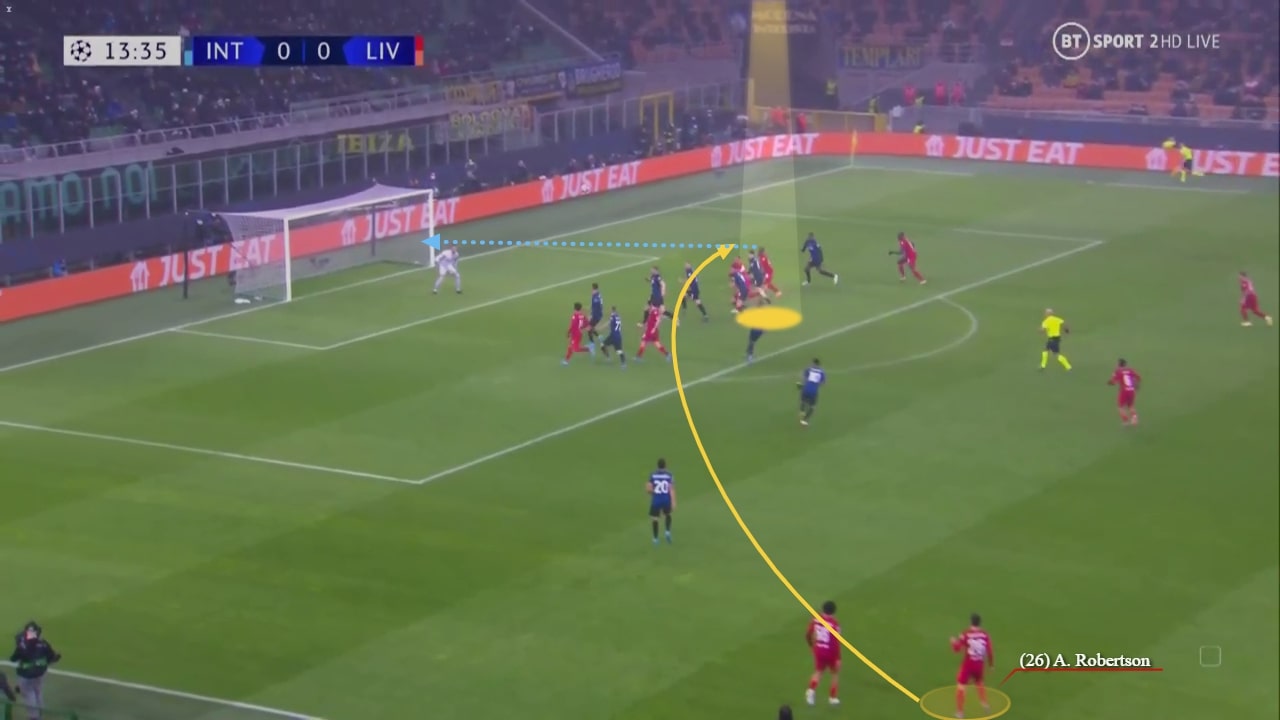 His elite ball striking extends to his cutbacks, where he weighs up his options coherently as well before proficiently teeing up targets. 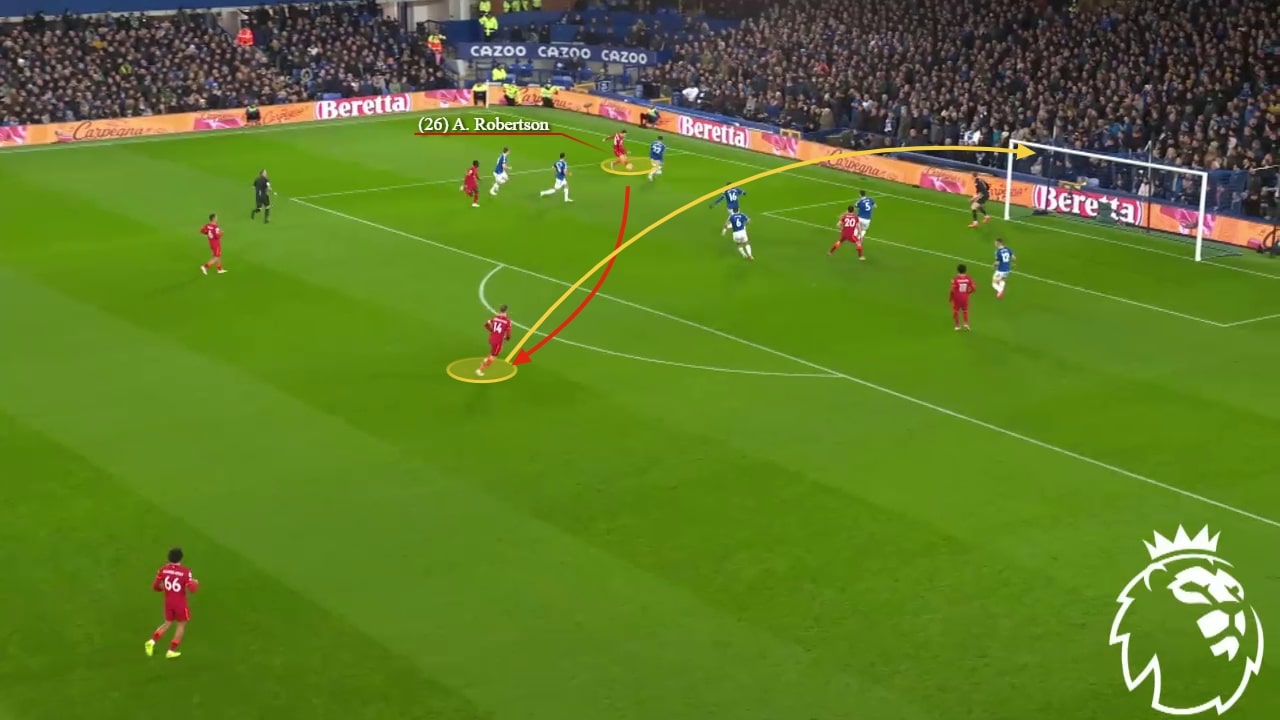 If an opportunity arises to launch through balls in behind or down the channels, hit like breaking passes to dropping forwards or switch the play assuredly, he’ll duly take them due to his handy range. Courtesy of his passes frequently being diagonal, opposition defensive blocks get moved two ways to handle the threat, thus magnifying the potential for a spare man to become available. 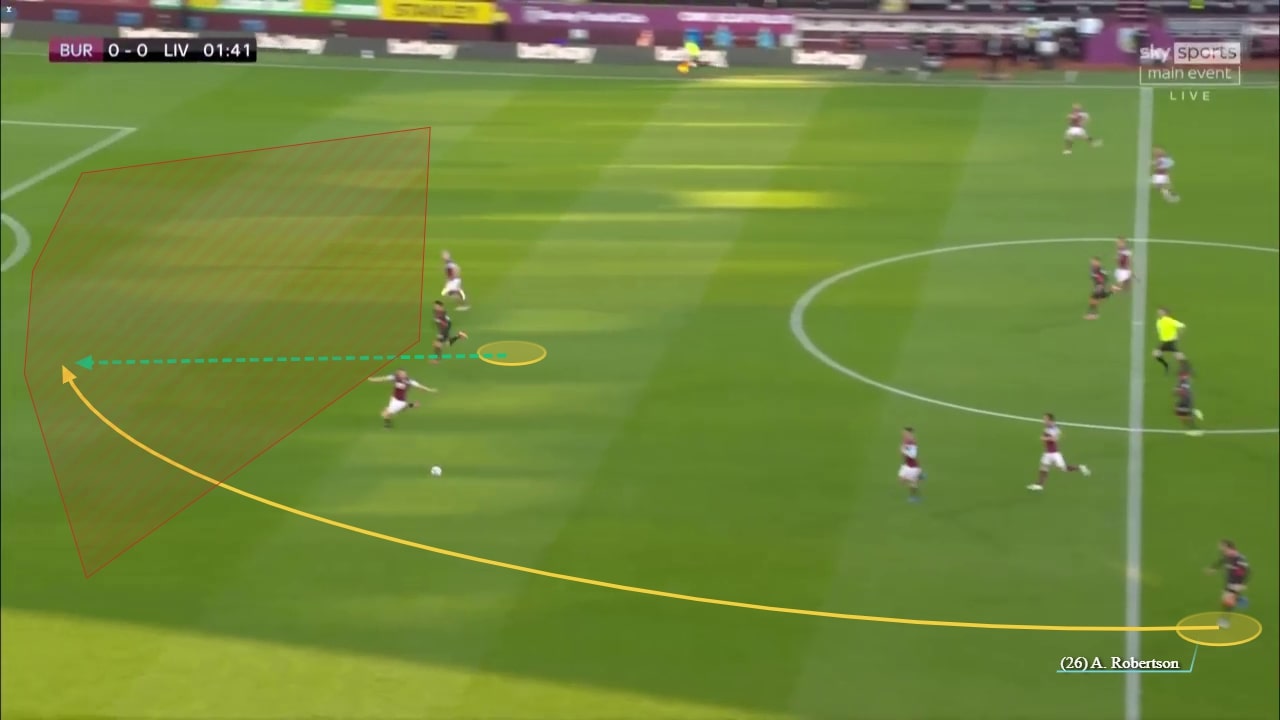 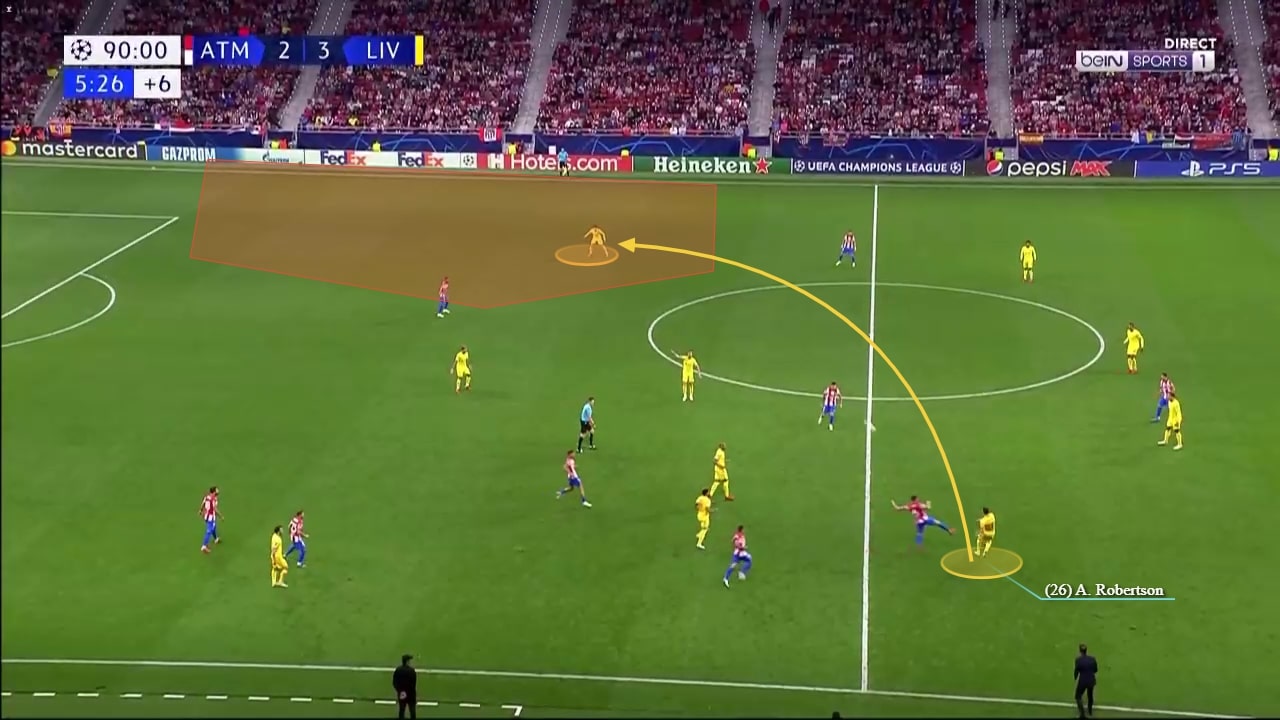 An absolute chance conjuring king, there’s no doubting his creativity and decisiveness in the final third, which has seen him already rack up 10 assists in the league (second in the PL behind teammates Alexander-Arnold). Ranking in the top 2% for assists p90 (0.35), top 3% for progressive passes p90 (6.65), top 3% for chance creating actions p90 (3.42) and top 5% for expected assists p90 (0.22), this punctuates his class here.

Similarly effective in the defensive phase, the jet-heeled fullback, who relishes physical confrontations and is full of tenacity, is a tough customer for any foe to get the better of. Hard to beat 1v1 courtesy of his aforementioned speed, agility, strength and reaction times, he’s effective at both tracking runners in behind and short, plus in isolated dribbling battles.

Reading the play and situations in a concise, accomplished manner, Robertson makes good decisions when to apply fierce pressure, hold his position, follow a runner, provide covering support or chime in with a tackle.

Never afraid to back himself to join in the high press, fly into a challenge or help his teammates, he leads by example with his energy, aggression and attitude. 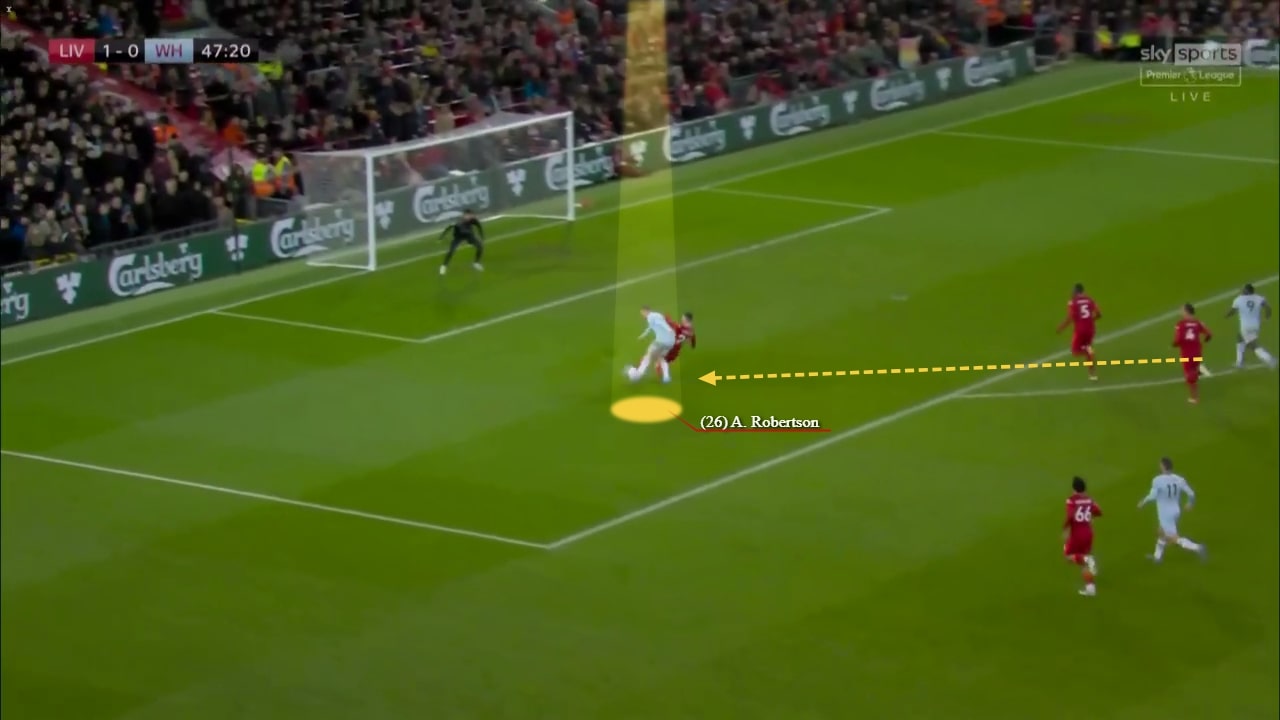 Getting the fundamentals spot on, like getting touchtight, scanning his blindside so he’s aware of incoming runners and closing down enemies closely so they can’t gain freedom to execute their actions, there’s no denying his stopping importance. 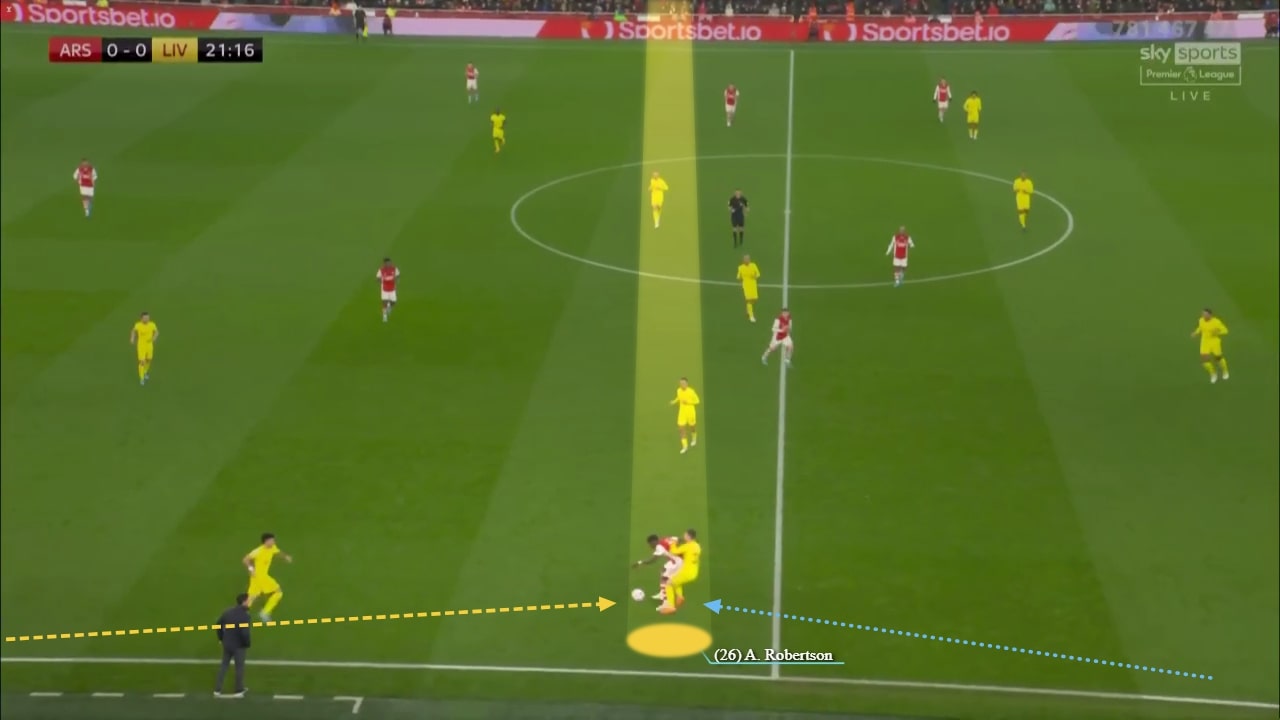 A terrific two-way threat and a fine embodiment of Klopp’s philosophy, his manager’s praise of him sums up how highly he’s regarded within the squad. “Andy Robertson has been so consistent for us and is without doubt a leader in our dressing room. The public often sees the ‘fun’ Robbo when he’s doing media appearances or is caught on camera with his teammates. But that persona sometimes hides his other qualities,” he stated.

“Incredibly brave, incredibly smart and someone who is very serious about his work. You don’t become one of the best players in the world in your position without being the complete package. We appreciate him and his contribution like crazy at the moment and I hope he recognises just how important he and his personal qualities have been to this group during a challenging time.” 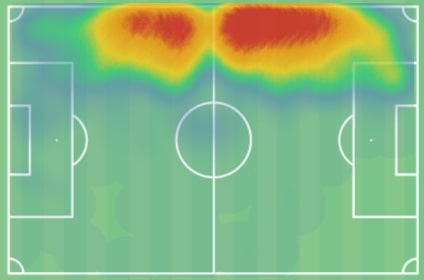 At the peak of his powers and yet again proving his quality for his beloved Reds, expect the experienced Robertson to continue to be a vital piece in Klopp’s puzzle as the season draws to a close with the club fighting for honours both domestically and in Europe.