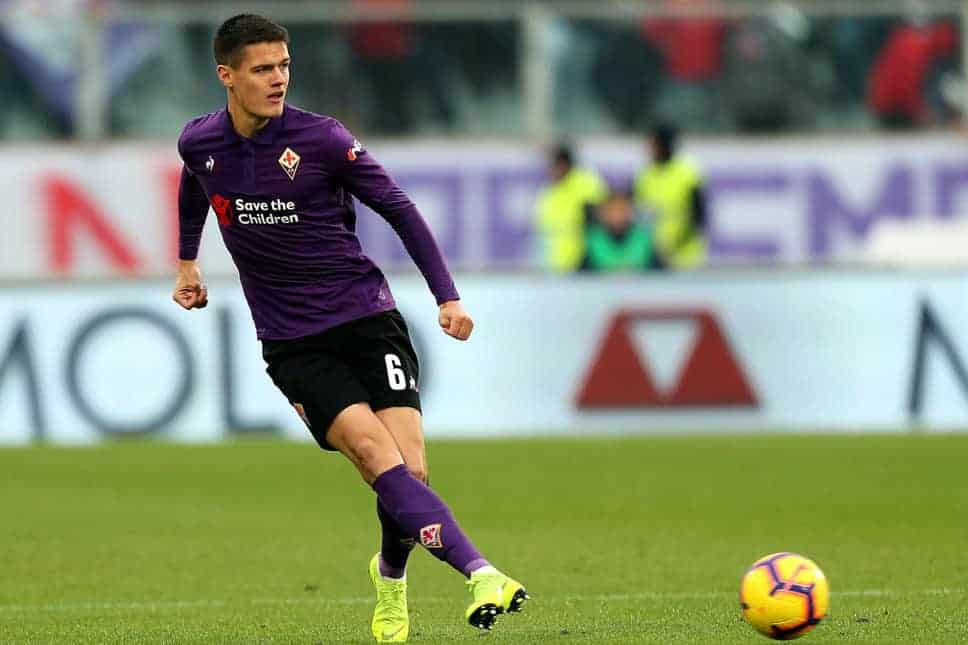 Following an unsatisfactory season at Fiorentina, where he only made six appearances totalling 323 minutes, Christian Norgaard’s £2.8 million switch to ambitious Championship side Brentford certainly makes sense.

Struggling to nail down a spot in La Viola’s competitive midfield ranks that consisted of Marco Benassi, Gerson, Jordan Veretout, Edimilson Fernandes and Bryan Dabo, he should receive the regular playing time he craves with the Bees. “I am 25-years-old and I want to play football – I really missed this year. That is why I have made this decision that I believe is the right one for my career. Brentford was obvious,” he explained in an interview with Tipsbladet.

The fact he’s previously worked with Brentford manager and fellow Dane, Thomas Frank, during his time at Brondby, in combination with the club’s strong Danish playing contingent including Henrik Dalsgaard, Emiliano Marcondes, Mads Bech Sorensen and Luka Racic, should see him settle in without much fuss too.

Handed a four-year deal, the well traveled Norgaard, who’s also spent time at Hamburg in Germany, should handle the rigours of the physically demanding Championship capably, meaning he should be able to hit the ground running.

Defensively reliable and robust, the muscular, 187 cm holding midfielder contributes effectively in this phase. Remaining concentrated and alert, his positioning is usually spot on, thus allowing him to block passing lanes, spot nearby opponents, shift laterally, step up to respond to pressing triggers or drop back and support his backline. Getting little details right like pressing an opponent when they receive in an open body posture, with their back to goal or if they are about to inherit an underhit pass, plus by dropping into the defensive line when a central defender pushes out to track a marker, his situational awareness is a highlight. 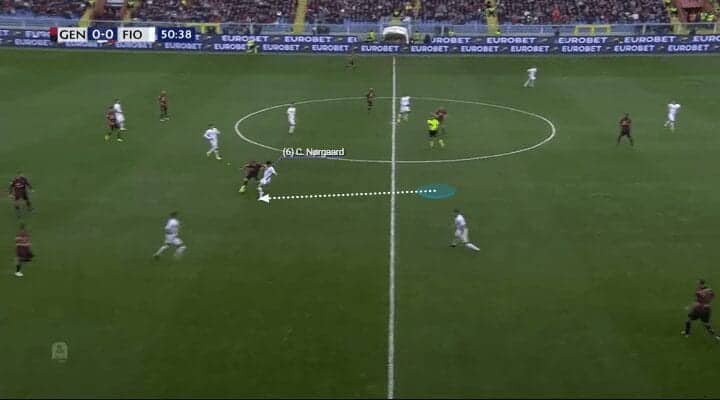 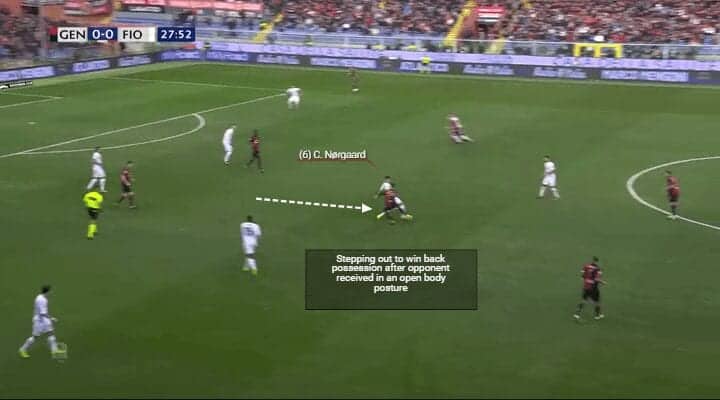 With his towering frame and aerial prowess, his heading ability is a great asset of his too, for this allows him to not only help his team on set pieces and cut out crosses into the box, but also to win second balls in central areas following goal kicks. A good judger of the ball flight, he times his leaps nicely, aiding him to win vital flick ons and knock downs to help his team regain possession.

Forceful yet effective with his tackling, he uses his long legs to break up attacks and make himself a tough man to beat in a 1v1, in a manner similar to the likes of Nemanja Matic, Ruben Loftus-Cheek, Steven Nzonzi and Vicente Gomez.

Offering stability and balance defensively, the hard working Dane is certainly very competent in this regard.

Moving onto his attacking exploits, and the versatile midfielder’s a largely clean distributor who keeps things ticking over nicely in midfield with his neat and tidy passing. While he’s adept at switching play with a raking diagonal, hitting a pinpoint through ball over the top or breaking the lines with a vertical ground pass, if the option isn’t on, he won’t risk turning the ball over unnecessarily. Instead, he waits for an opening to be viable or a weakness in the opposition block before pulling the trigger. Two footed and boasting top vision, the way he shrewdly disguises his passes is another neat aspect of his armoury. 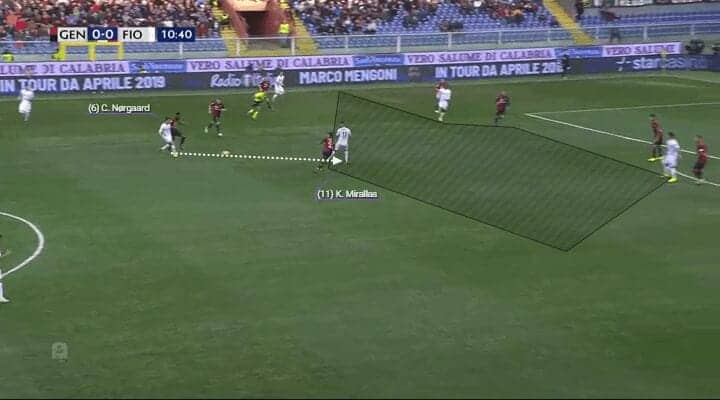 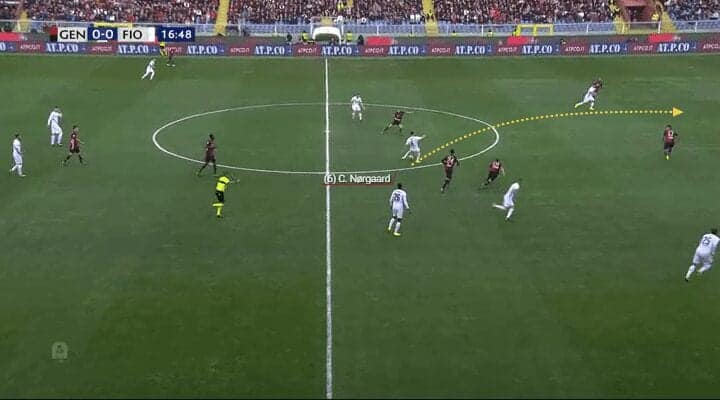 His technical proficiency transfers over to his ball carrying, where he does a solid job of controlling the ball, weaving out of danger or driving upfield with the ball at his feet. Composed and calm on the ball, he handles being pressed quite well to still execute his actions coherently.

With Brentford’s willingness to pass out from the back, the aforementioned, in tandem with his smart knowledge of where best to position himself to generate positional and numerical superiorities, plus to move out of opposition cover shadows to be an outlet, should help form a firm foundation in build up. 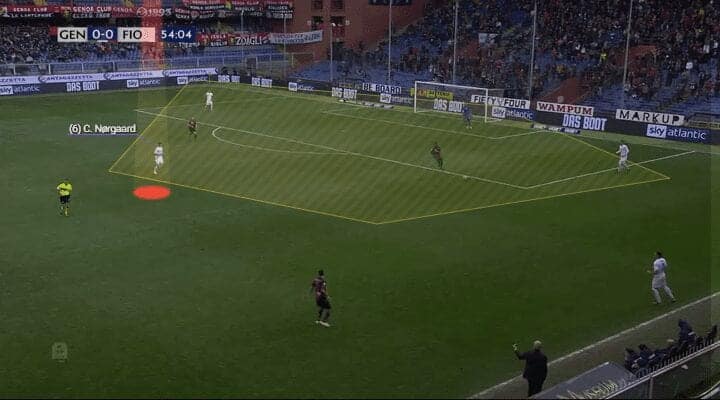 New manager, Frank, is clearly relishing the prospect of working with the new signing, with his comments on his arrival being very positive indeed. “Christian is player that will fit our team and the Brentford style well on and off the pitch. He is technically good and looks to pass the ball forward. Importantly, he is also good at intercepting passes and has a strong defensive mindset,” Frank explained.

“Christian can play in a variety of different positions in the midfield but has given his best performances as a deep midfield player. He will be good in the dressing room and has an excellent mindset. All the staff are looking forward to welcoming him to the squad when we return for pre-season training.”

Looking to put his disappointing spell in Florence behind him, Brentford appears the perfect fit for him to recover his best form to flourish again, for he’s now working in an environment where there’s many fellow Danes and under a manager who fully believes in his ability.