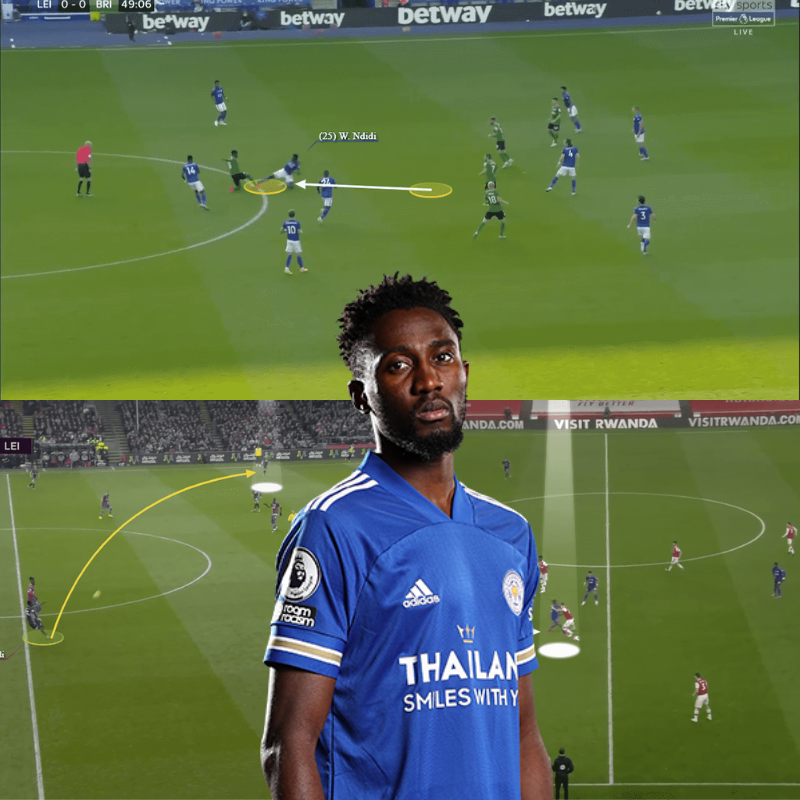 With Wilfred Ndidi suffering a frustrating groin injury back in September, Leicester City manager, Brendan Rodgers, has been delighted to welcome back his incredibly important central midfielder.

Having been slowly eased back into the action, he’s received vital minutes in the Premier and Europa League on his path to returning to full fitness. His presence in the heart of midfield is unquestionably a huge boost, for he adds so much balance and defensive stability for the Foxes.

One of those unique players who can cover so much ground and is so effective at breaking up play, his stopping qualities are immense for Rodgers’ men.

An expert at reading the play, this allows the ball-winning machine to predict what opponents will do next to make coherent decisions. This means he can step out with conviction to either intercept a pass, make a tackle, support a teammate or hold his position. 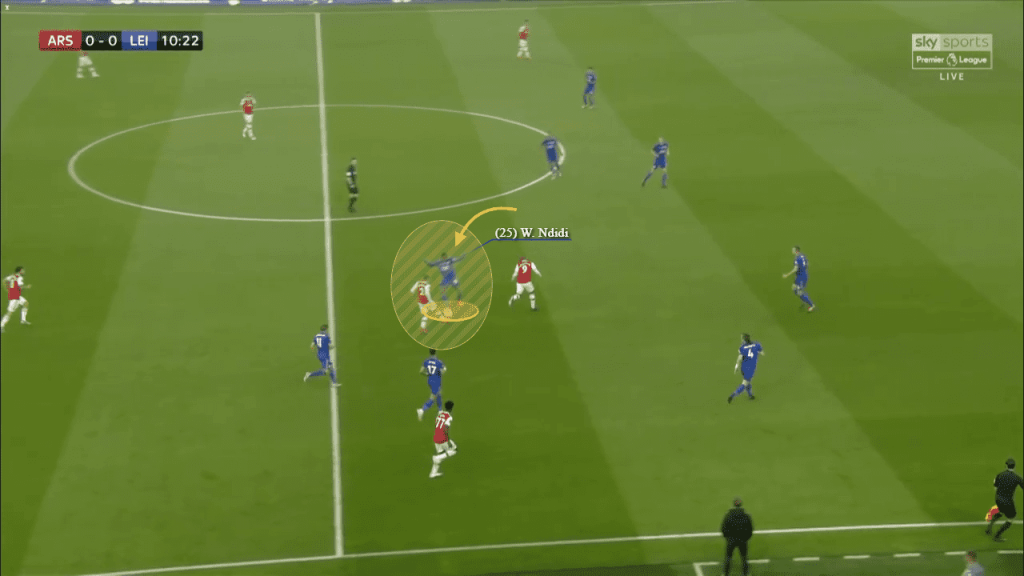 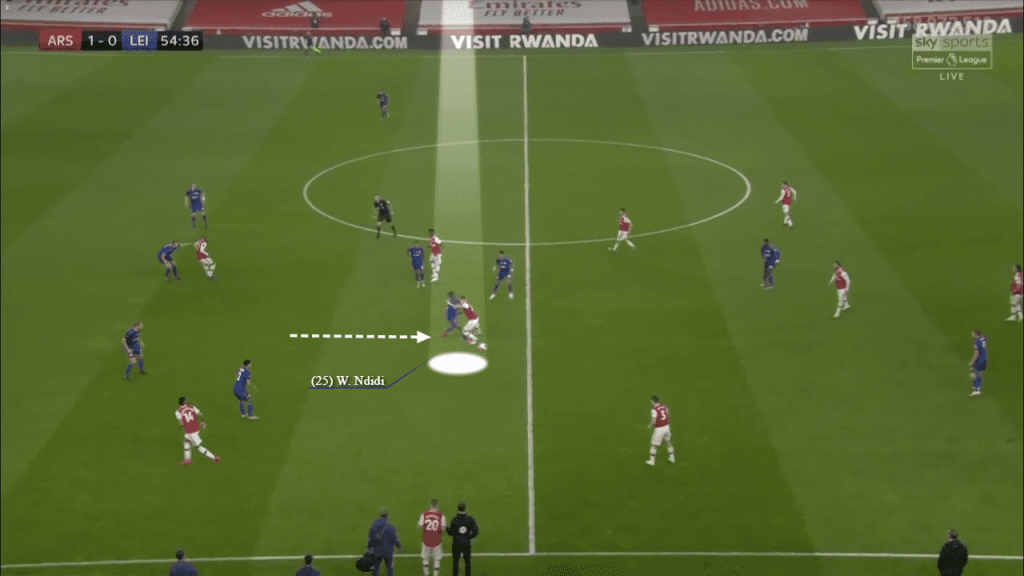 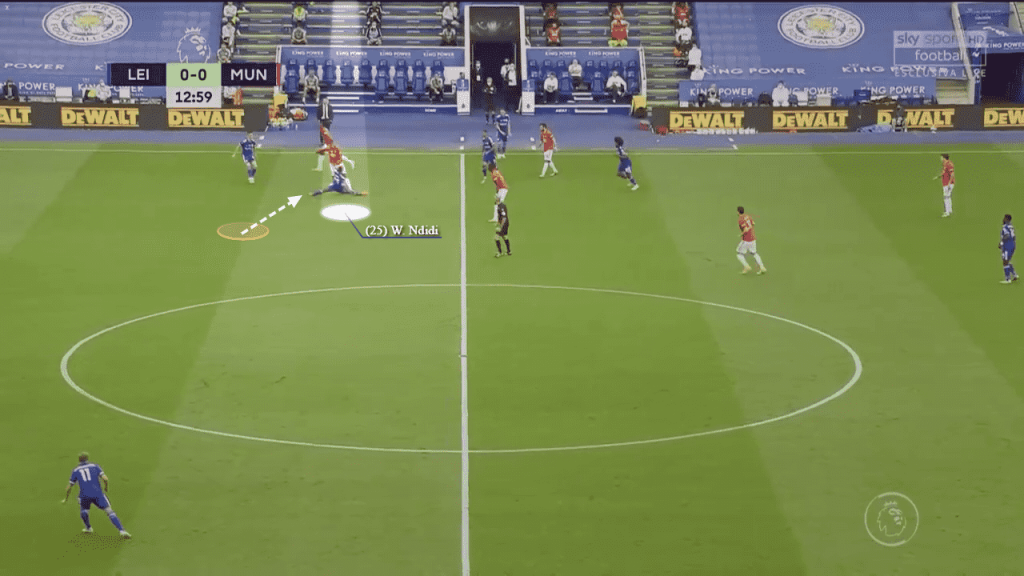 By scanning his surroundings thoroughly, Ndidi gives himself a regularly updated mental imagery of what’s going on around him. As a result, he can adjust his positioning to block off passing lanes, pick up markers in his designated area of operation, communicate with colleagues and generally be awake to threats nearby.

Full of intensity and aggression, how he harries his opponents and responds to pressing triggers enhances his impact, thus ensuring he can regain possession so his team can quickly launch forward. When it comes to applying his interventions, the Nigerian international’s long legs and timing have served him well, allowing him to nip in and cleanly recover possession. The fact he’s fast and has swift acceleration means he can close down opponents rapidly, which impacts their decision making detrimentally. 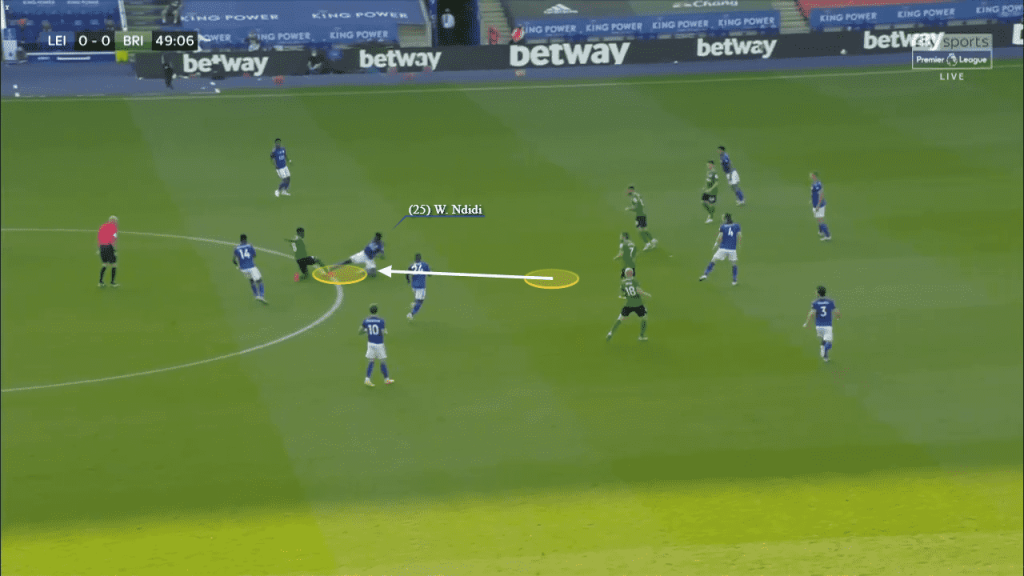 An exemplary counterpresser to boot, he reacts sharply when his team loses possession by hounding opponents. In doing so, Leicester’s chances of winning back possession in ideal areas to attack again increase drastically.

Standing 181cm and boasting a good leap, his presence in aerial duels is vital towards his team clearing danger from open play, set pieces and when winning second balls. Quick to read the ball’s flight and very strong in the challenge, opponents have found him a formidable foe in such cases. 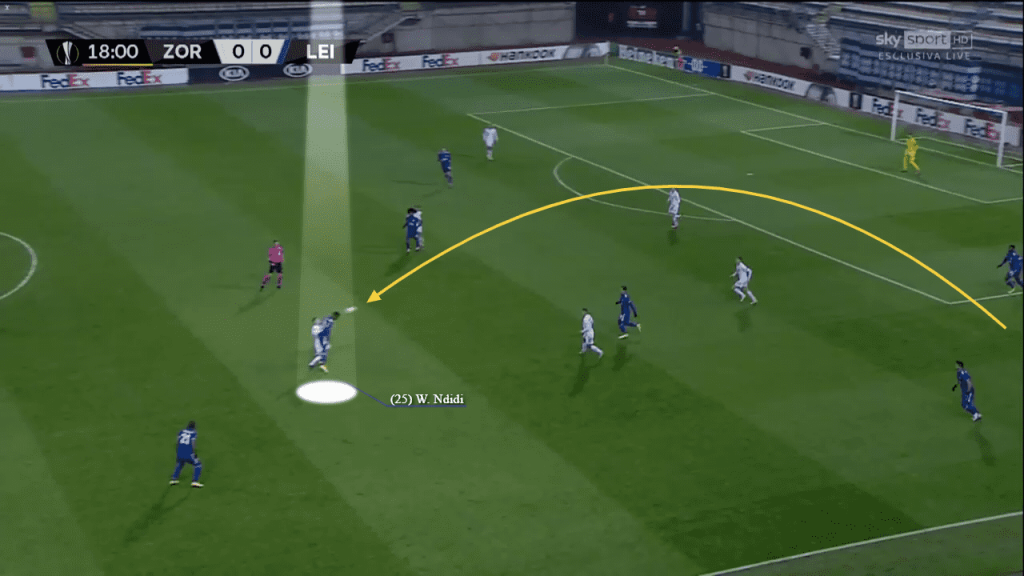 Exceptional at competing and succeeding in both aerial and ground duels, Ndidi’s one of the finest ball recoverers in European football. Measured yet proactive, the way he combines positional nous, awareness, tactical discipline and physicality has been a joy to watch.

“Ndidi is absolutely key for our team, but for any team, you need a good defensive midfield player that can do a lot of the dirty work as they say,” Rodgers gleamed.

“He is improving all the time. His defensive qualities, he has a great brain to read the game. He smells danger. He can cover the ground so fast, he can press up to the ball, he can cover in. Tactically he is improving and playing better. He is playing in a specific position we haven’t played before where he can run and he has got a clear role to sit and protect and be that link player.”

Also an asset in possession, he contributes towards his team’s passing game, as he circulates the ball coherently and typically keeps things simple. With his role usually to feed the attackers, fullbacks and more attack minded central midfielders, he undertakes his responsibilities with clarity.

If the conditions are right for him to hit a more expansive pass, such as a line breaking ball into a forward or an ambitious through ball in behind, he can importantly do so. The same goes for his ball carrying, where he’ll maraud upfield to gain territory and look to provoke an opponent to press to create a free man ahead. 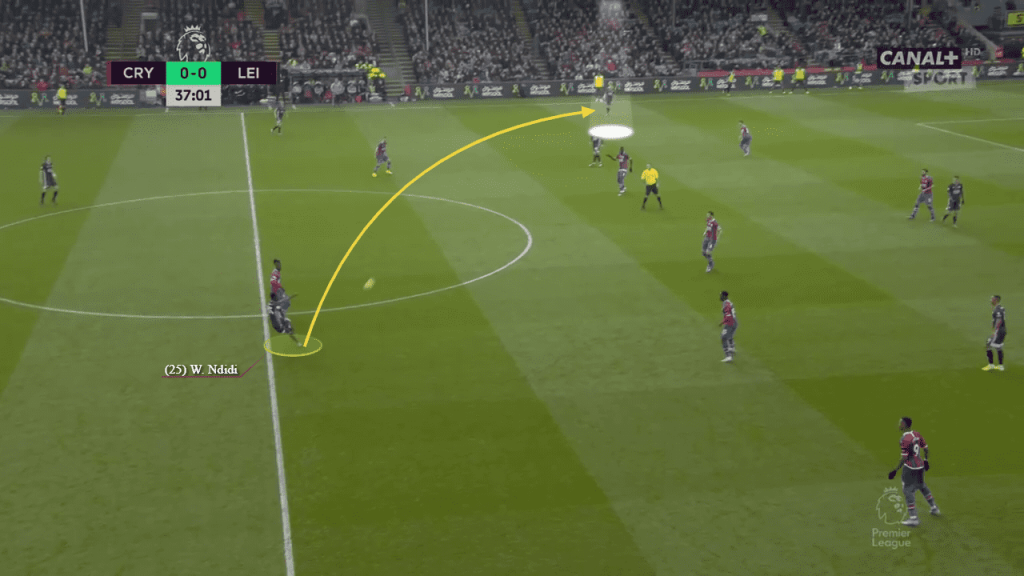 In terms of his movement, Ndidi smartly knows where to be to create overloads during build up to support his team in beating the opposition’s first line of pressure. As the ball moves through the thirds, he’ll move to connect play and offer an angle for the wide players to move the ball back centrally.

Improving all the time and already at such an elite level, the return of the 23-year-old will give Leicester’s chances of qualifying for the Champions League and going far in Europe a boost.

So good in all the phases of the game, but especially on the defensive end, being able to call on Ndidi again, who’s undoubtedly one of their best players, is a huge positive for the Foxes, as they look to continue their steady upward trajectory under Rodgers.