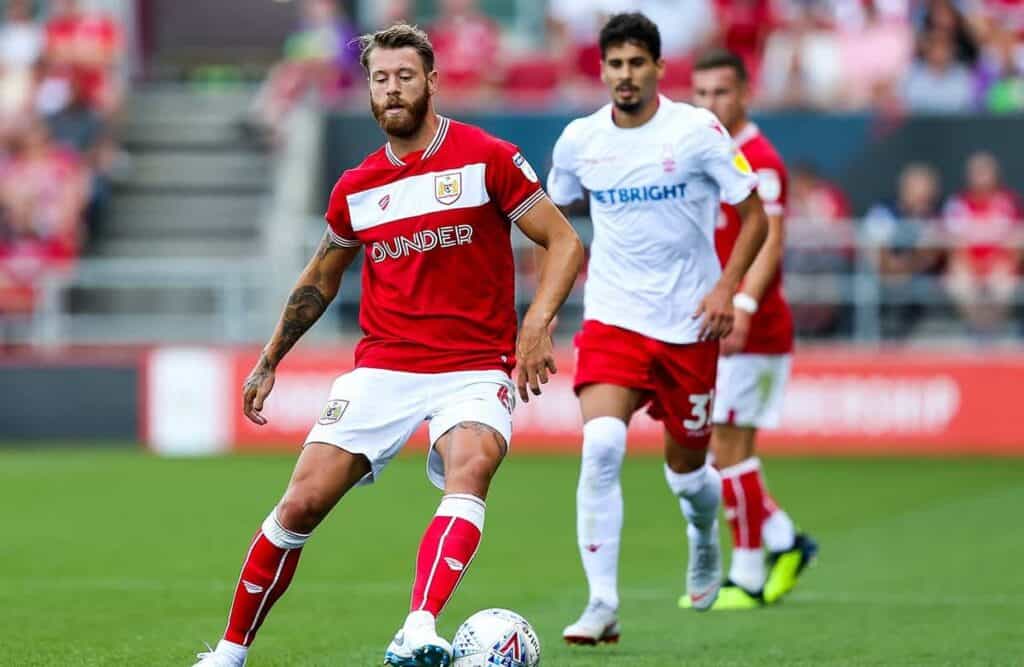 There’s no doubting that Bristol City are a much tougher outfit to come up against when their defensive warrior Nathan Baker is out on the park.

A real leader and tone setter for his colleagues to follow, the formidable 28-year-old’s presence gives the team a real lift and an extra layer of stability. The only problem has been staying fit for Baker, who’s missed so much football through frustrating injuries, which has unquestionably impacted his team’s results.

Striking up an impressive partnership with Ashley Williams, the experienced duo have looked the goods when playing together, with their good recent form ensuring the Robins have kept five clean sheets in their last nine matches.

Commanding, authoritative and very smart, the former Aston Villa man’s proven his worth emphatically when fit, with his stopping exploits usually being of a very high standard.

Standing an imposing 189 cm and weighing in at 82kg, he uses his size and strength expertly to outmuscle opponents to win duels. Excellent in the air, Baker comfortably ousts his markers to get into good positions to win his headers. Also notable is how well he reads the ball flight and times his leap, as he shows fine judgement on his way to impressively winning 62.8% of his aerial battles. This subsequently sees him handle a variety of situations in an accomplished fashion, that includes crosses, goal kicks, set pieces on both ends and corners. 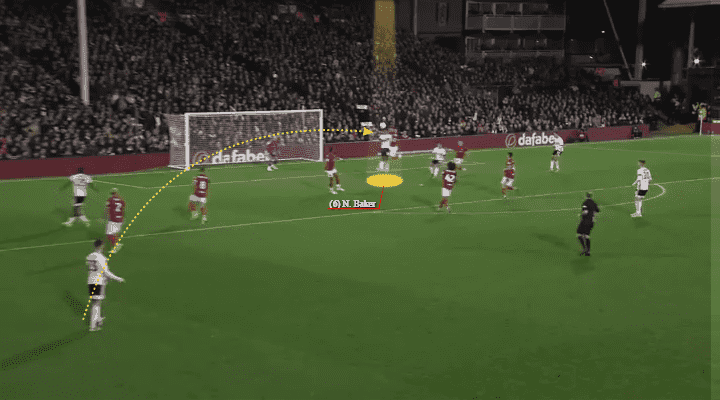 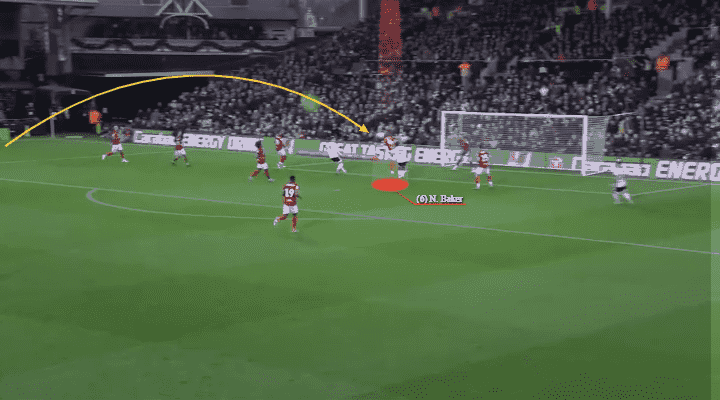 Baker transfers his aptitude at the aforementioned during ground duels, for he picks his moments when to step out and apply an intervention to break up attacks cleanly. Brave and full of fight, the way he puts his body on the line to block shots and fights hard in duels is another endearing factor. 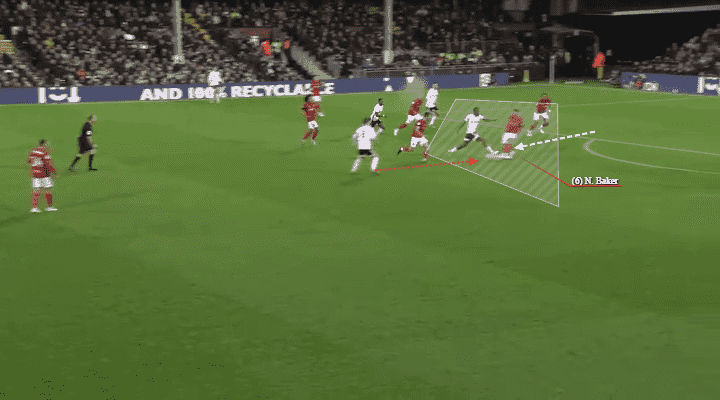 Very intense with his pressing and a quick responder to pressing triggers such as his opponent receiving back to goal, he closes down his man rapidly so they can’t control cleanly, turn him or link play coherently. 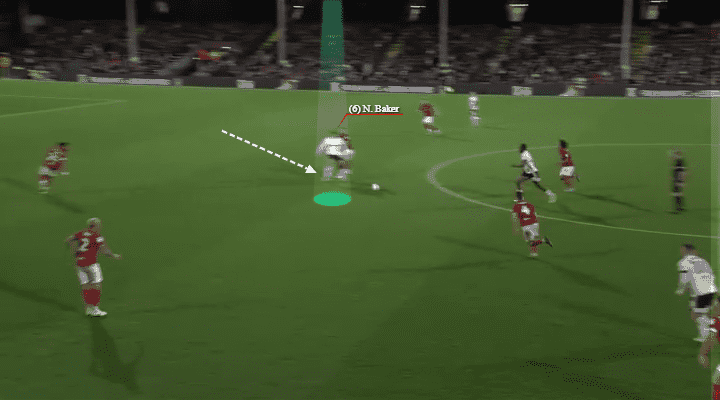 Reading the play sharply, it’s good to see him recognise when to drop back, shift across or push the line higher too, as his sound decision making and defensive organisational skills have been solid.

The fact he’s alert to runs in behind, down the channels and into the area only further increases what a tough adversary he is to come up against. Rarely losing his man, Baker tracks his marker closely so he can keep them at arm’s length and contain their threat. Moreover, if a runner breaks through from deep, he’ll swiftly leave his post to jet across to cover the danger. 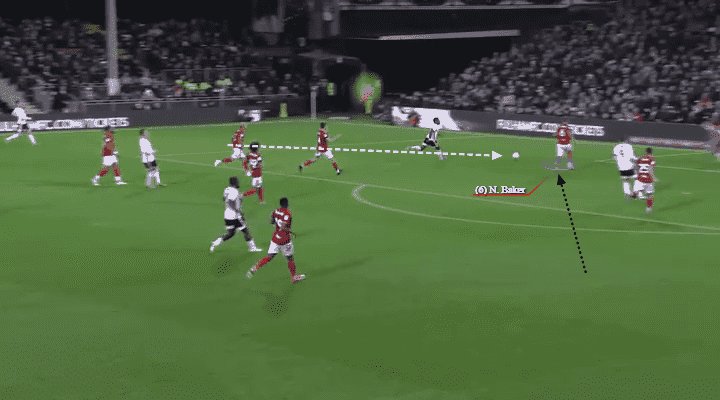 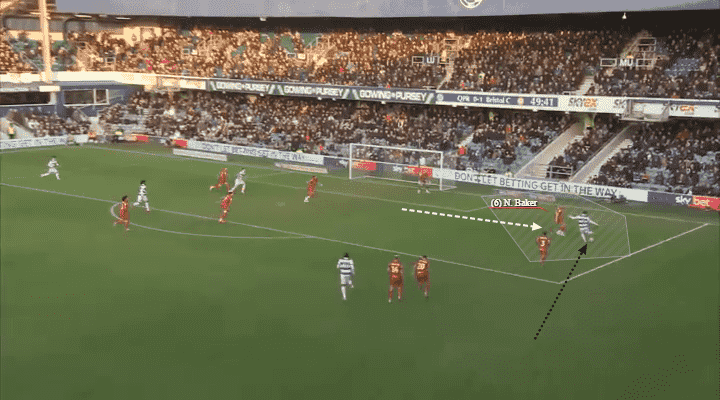 Attentive and frequently scanning for threats surrounding his backline, Baker’s numbers aptly depict what a force he is to reckoned with. He’s making 6.62 interceptions per game, 5.5 clearances pg, 1.1 blocks pg, one tackle pg and winning 5.27 aerial duels pg at 62.8%.

Right in the hunt for promotion, Lee Johnson’s men will definitely be relying on their combative stopper if they’re to achieve a hotly contested playoff place finish. As is always the case with Baker, the key caveat towards him playing a big part will be if he can remain fit.