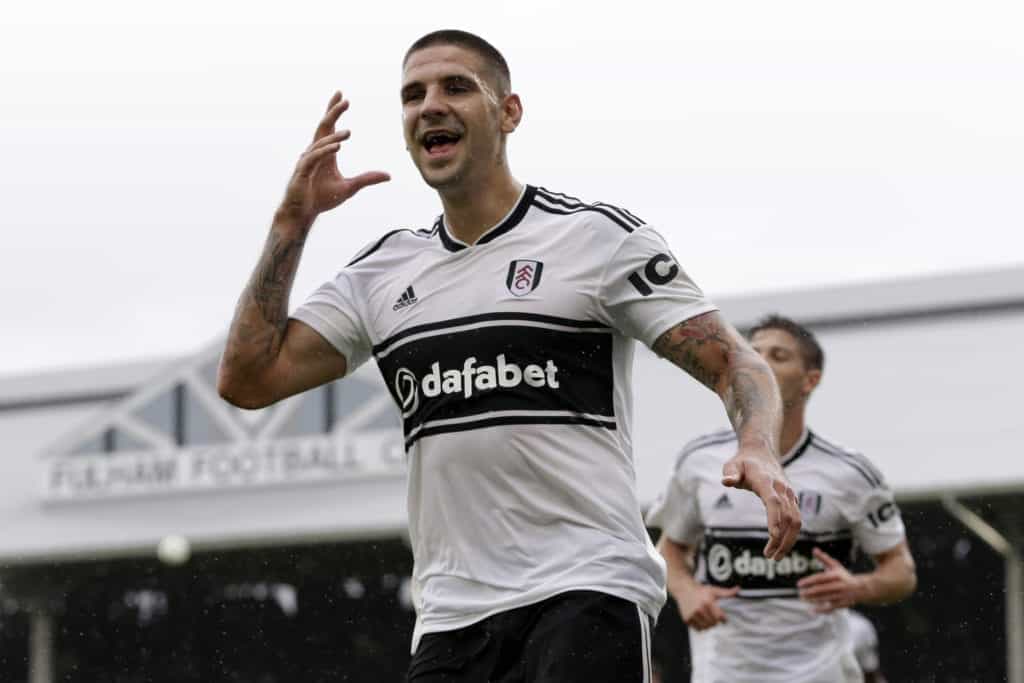 Aleksandar Mitrovic may not be the most electrifying centre-forward in the Premier League, but there’s no doubting what an effective talisman he is and how integral he is to Claudio Ranieri’s struggling Fulham.

Having scored an impressive 10 league goals so far, the hulking Serbian’s been a shining light in the Cottagers’ season of darkness, that’s left them sitting 19th in the table eight points adrift from safety.

With Ranieri being installed as manager after the club parted ways with Slavisa Jokanovic back in November, a desired upturn in results hasn’t really eventuated as planned. While avoiding the dreaded deep appears unlikely, you can guarantee Fulham’s aggressive leader, who’s bagged 22 goals in his 49 matches for the club, will do everything in his power to help them get out of their current predicament.

One of the keys to their survival, Ranieri clearly believes in his powerful attacker, something his recent comments aptly depict. “For me Mitrovic is one of the best strikers in Europe … When I say Europe, let’s say the world,” he explained.

While it’s proved difficult to supply him with as many chances as he’d hoped for, he’s still managed a solid 0.44 Xg per game, which ranks him 21st in the league. Not bad considering how average Fulham have been this term.

So instinctive in and around goal, he takes up excellent positions inside the box to maximise his chances of scoring. Using his awareness of where his markers are, persistent head scans and ability to rapidly read the ball’s trajectory and react accordingly, he’s been quite the handful for defenders. 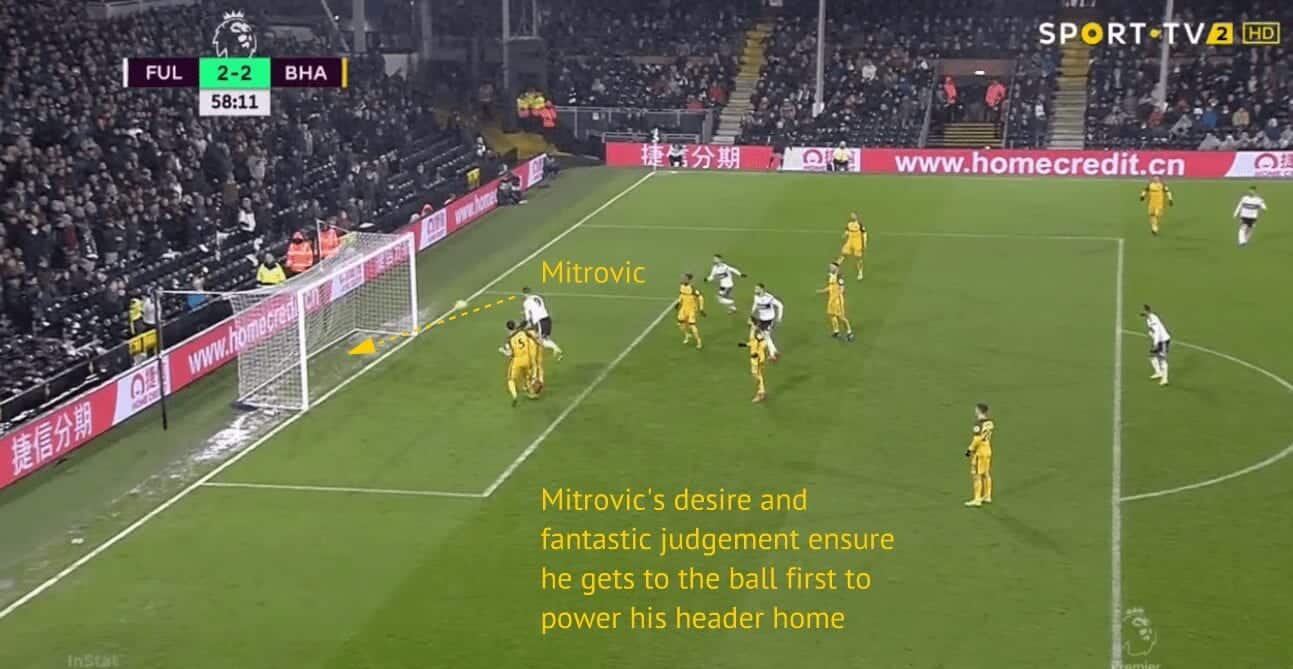 Capable of scoring goals in a variety of ways, from stirring headers, opportunistic tap-ins and clinical finishes, his aptitude in this regard has been key in Fulham acquiring 11 of the points they have to date (second only behind Pierre-Emerick Aubameyang’s 14 for Arsenal).

His intelligent movement also extends to when he smartly chooses to drop deep to hold up play with his back to goal. So crucial to his team when doing so, he links midfield and attack nicely with his neat passing that importantly brings others into play. 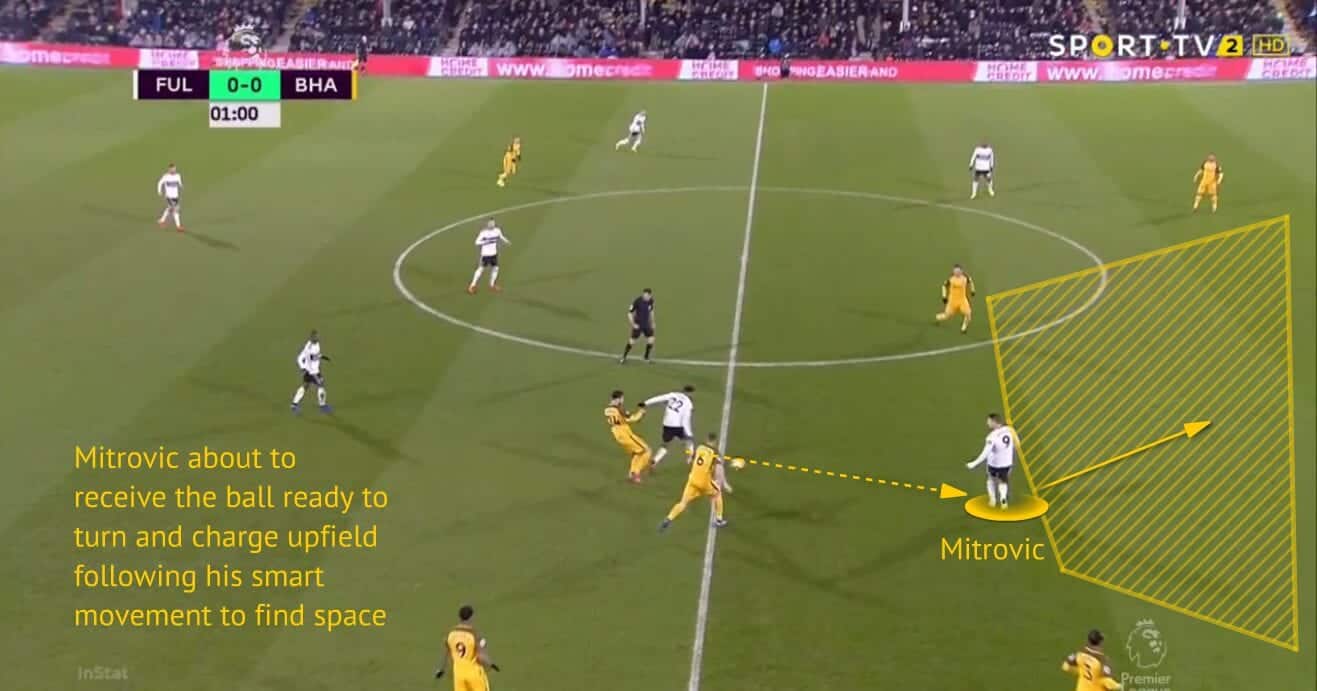 Whether by hitting crisp one touch passes to colleagues in ideal forward facing body postures, spreading play or playing in a runner with a crafty flick on, his distribution has been largely sound. Although not as active connecting play under Ranieri than he was with Jokanovic, the two footed Mitrovic hasn’t stopped offering himself as an outlet. 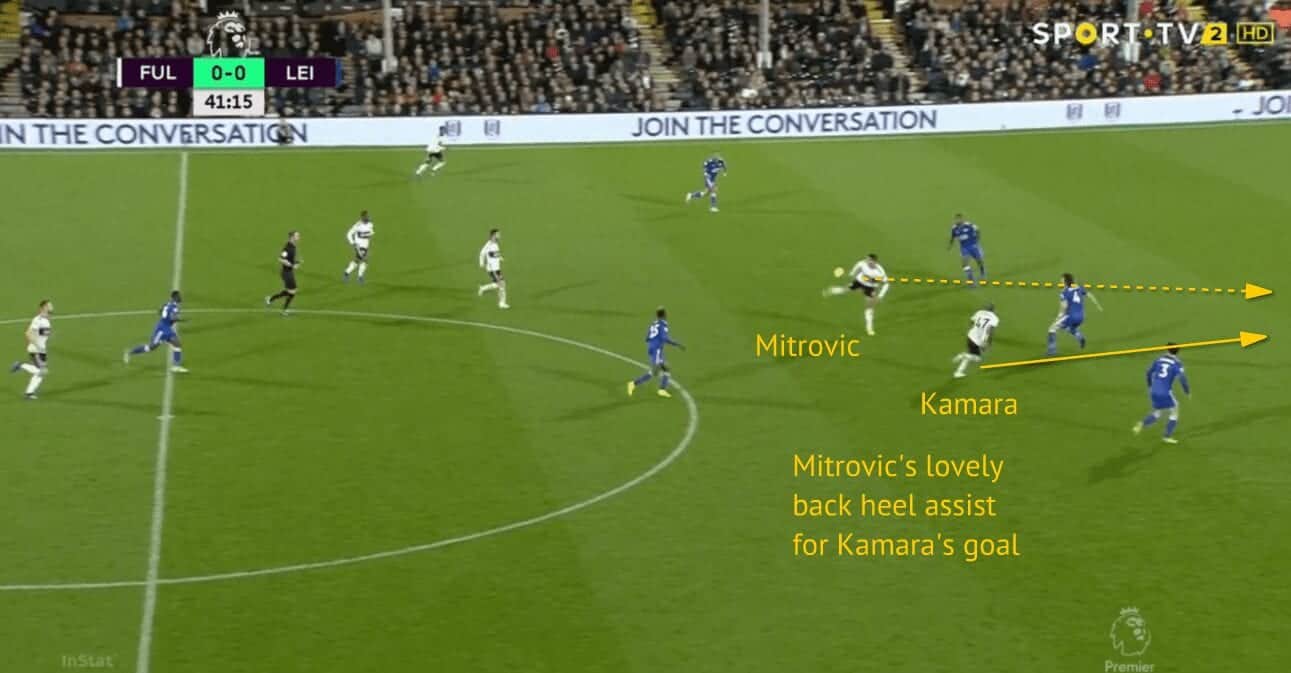 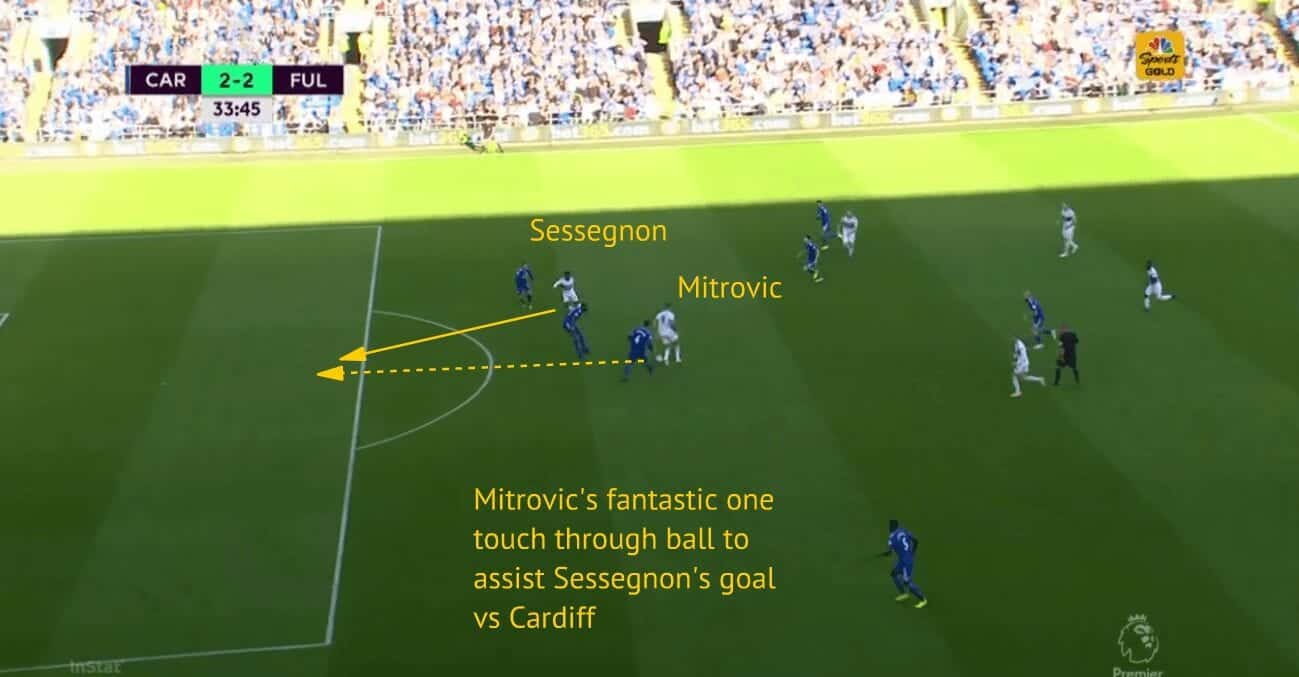 He neatly supplements the aforementioned with his incredible physicality, where he expertly uses his strength and body to get himself between the ball and the man to retain possession under pressure while waiting for an option. Handling his opponents’ harrying admirably, he keeps a cool head in these situations to complete his actions cleanly. In addition, his proficient first touch and control sees him able to weave away from danger, roll his marker or gain separation from his man with a nifty maneuver.

A vital byproduct of his checks towards the ball arises from the fact it draws one or more markers towards him, thus meaning he can free up teammates, open up exploitable passing lanes behind him and perform rotations with teammates. 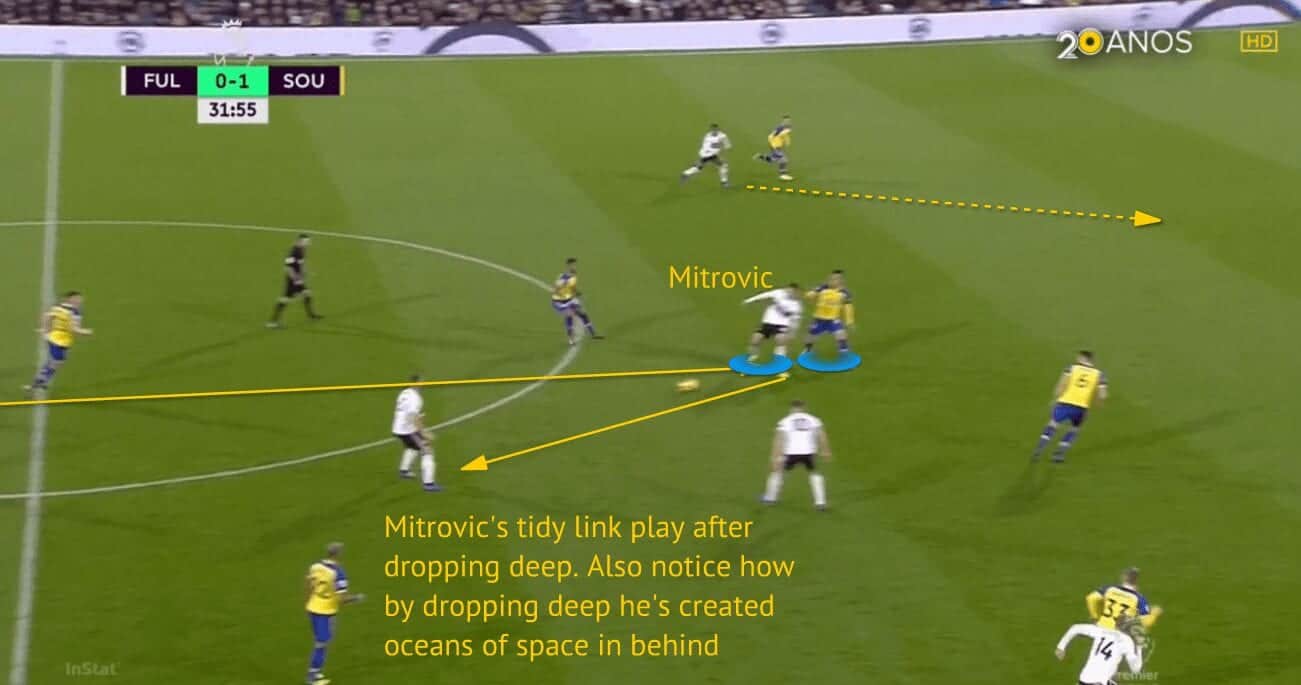 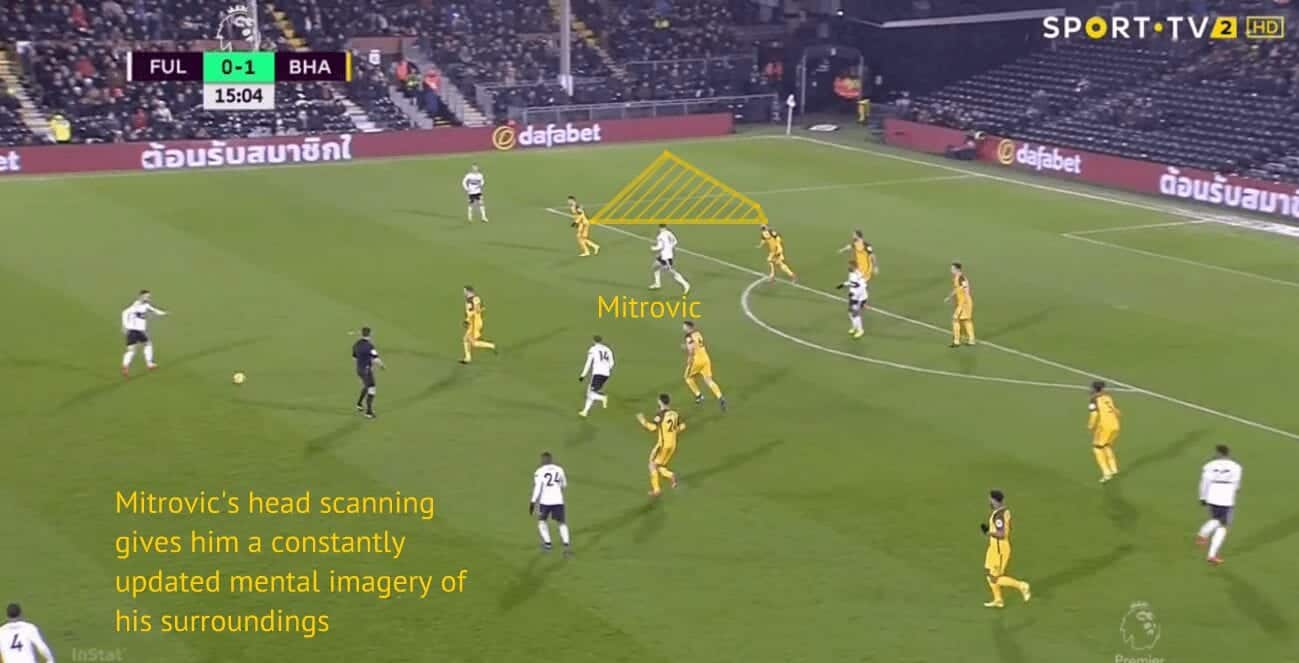 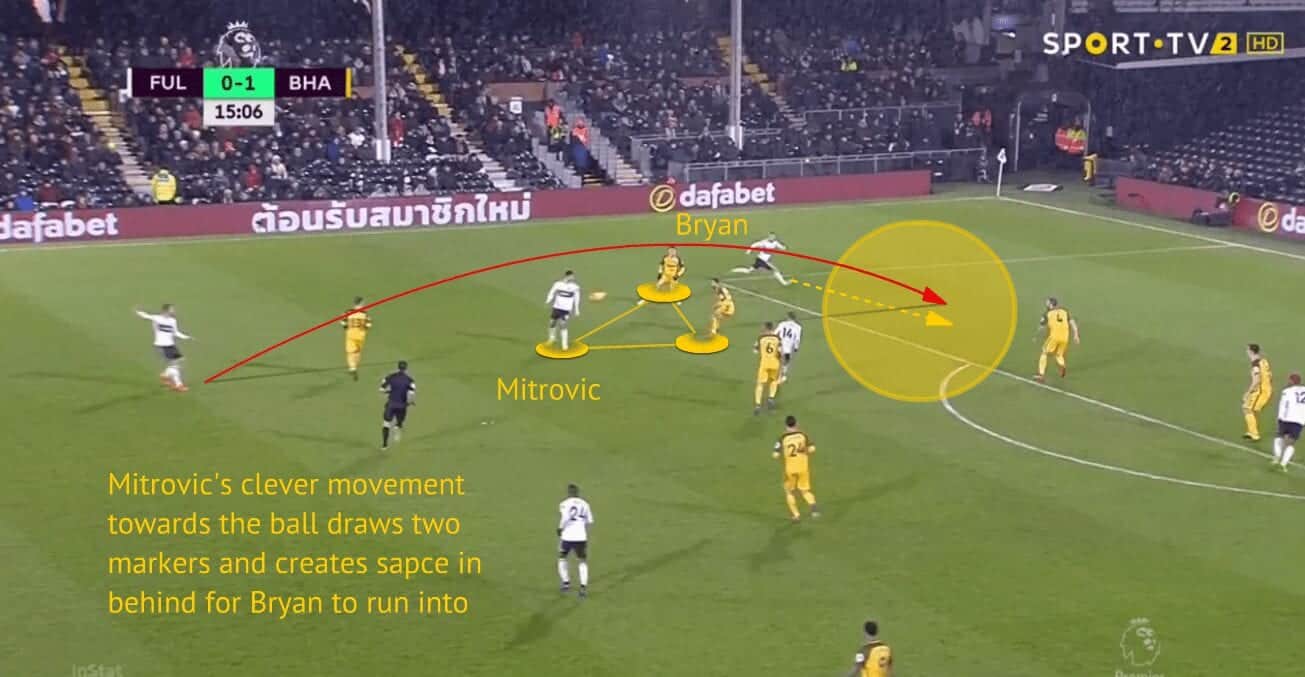 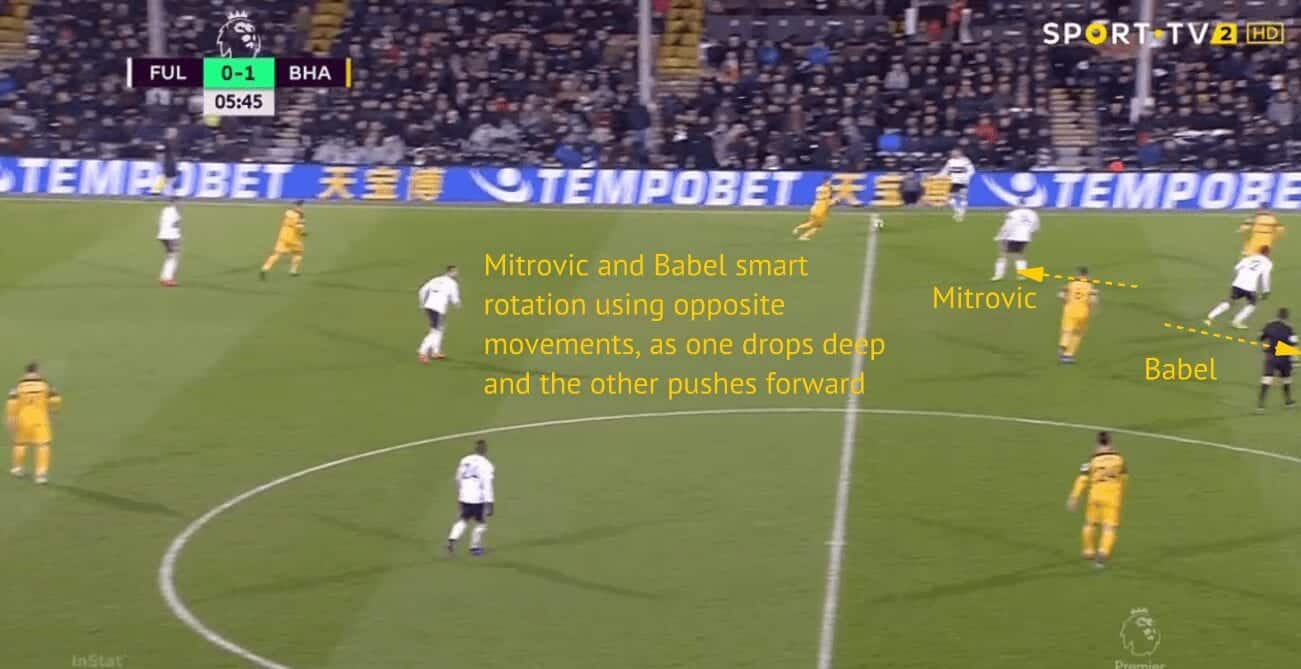 Accomplished in the air to boot, the former Newcastle United man’s a weapon in aerial duels, with his power and capacity to outmuscle his adversaries allowing him to win six headers per game. Furthermore, this aspect of his armoury enables him to find nearby attackers with flick-ons, knock-downs and even chest passes.

Forceful, intimidating and full of passion, the dogged frontman sets the tone for his teammates to follow, even if his aggression can get him into trouble at times. Despite this, the positives attached to his work far outweigh the negatives, for the 90kg, 187cm big man’s unique skill set is such an essential element of Fulham’s offensive strategy.

“I hope he can score another 10 goals from here until the end of the season. I hope, 10, 15 goals,” Ranieri expressed.

“He is a very good champion. Only 24 years old! His ambition, he trains very well. In England, if strikers don’t fight, they don’t score. Every striker has these qualities and Mitro holds the ball very well, defends very well, in the air is good, he’s a good target man because he can move the ball on the floor.”

Even though his Italian tactician is full of praise for Mitrovic, the player himself insightfully spoke of how Ranieri never lets him rest on his laurels,” insisting to Sky Sports: “Of course, every day he [Ranieri] is trying to push me, saying, ‘Is that the best you have?! You can do more, you can score more goals’.”

All things considered, even though it’s been a hugely testing season for the Cottagers, their intimidating talisman’s determined performances will continue to provide hope to the Fulham faithful that all is not lost yet.