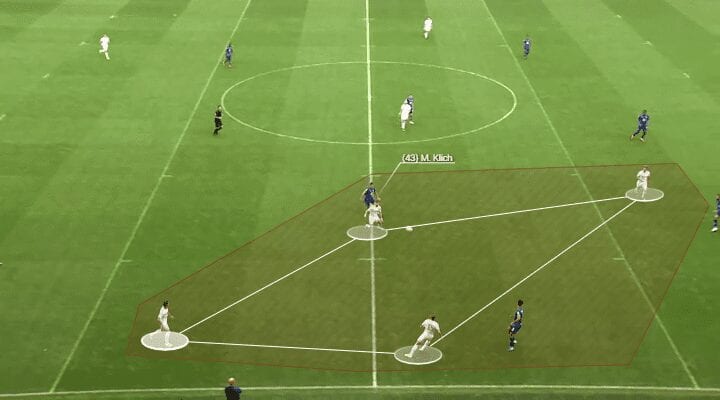 Following a terrific season last time around, where he scored 10 goals and supplied nine assists in 50 appearances for Leeds United, Mateusz Klich has carried on his form from the previous campaign by starting in promising fashion.

Desperately keen to help Leeds return to the Premier League after they narrowly fell short last term, you can guarantee the Polish midfielder will do everything in his power to help his team achieve this goal.

Absolutely loving playing under Marcelo Bielsa, Klich has taken his game to the next level working under the Argentine tactical genius, with this trend set to continue for 2019/2020.

“Marcelo opened my eyes on a couple of things. I would never say I could play on such a big intensity as I do now and run so much because I never did. I just wish I had met him 10 years ago,” Klich recently told LUTV.

Full of energy and tenacity, the fiercely determined midfielder sets the tone brilliantly for his colleagues to follow due to his insatiable appetite for work and fighting spirit.

A fearless presser who never gives his opposition an easy touch, Klich’s extremely effective at winning back possession for his team. Reading the play shrewdly, he anticipates what’s about to unfold and tailors his pressing accordingly.

Adhering to triggers such as a man receiving with their back to goal, in an open body shape or when a pass goes towards the touchline, he pounces rapidly to hunt down his adversaries. Making it tough for his targets to control the ball cleanly and execute their actions, Klich persistently forces turnovers and his man into rushed decisions.

While he always harries his foes with unyielding dedication, he importantly does so in a smart manner too by angling his pressing to use his cover shadow to block passing lanes behind him.

Klich notably transfers his aptitude in this regard into his counterpressing, where he sharply springs into life. Hoping to regain the ball as soon as it’s lost so his team can attack again high up, Klich adheres brilliantly to Bielsa’s demands here.

The Polish journeyman’s impact isn’t restricted to his stopping exertions, however, for he’s a handy asset on the attacking end too. Despite him constantly looking to drive his team forward with his ball carrying and vertical passing, his impact is unquestionably most keenly felt through his clever movement.

Ultra fit and with seemingly endless reserves of energy, Klich’s running power adds another dimension to Leeds’ offensive game. Forever probing and searching for vacant areas to exploit, his spatial awareness sees him take advantage of openings all over the attacking third.

So alert to disconnects within the opposition backline, he targets the gaps between defenders expertly to embark on crafty runs in behind or into the channels. This allows him to stretch defences and make the most of the likes of Patrick Bamford, Jack Harrison and Pablo Hernandez occupying their opponents to burst through. 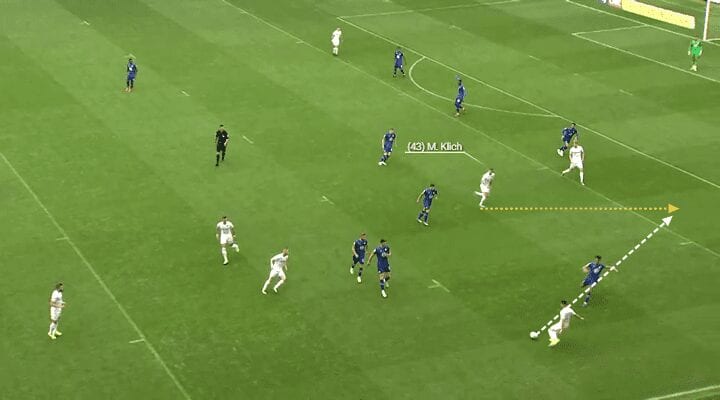 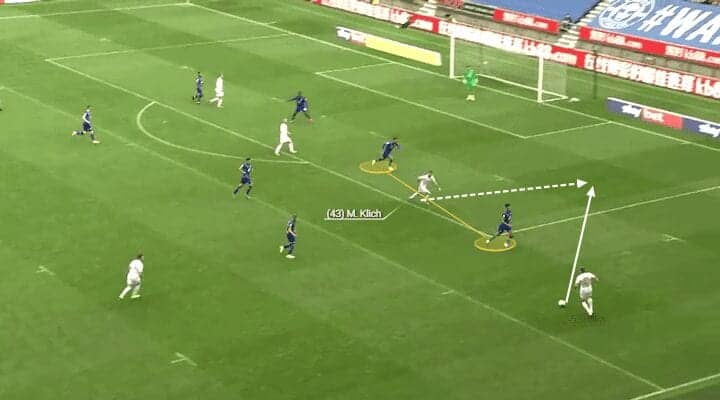 Due to trackers being unable to go with him, this subsequently means he gains separation from his man to surge forward unimpeded to provide a deep outlet. A key byproduct of his runs when he’s not used is how he draws and pins opposition players, which can free up room for teammates to use. 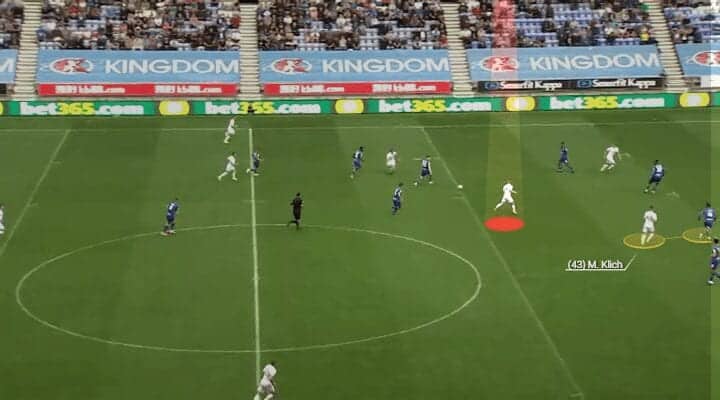 When the industrious 29-year-old isn’t marauding upfield, he’s shown how effectively he can find space in between the lines of the opposition midfield and defence. 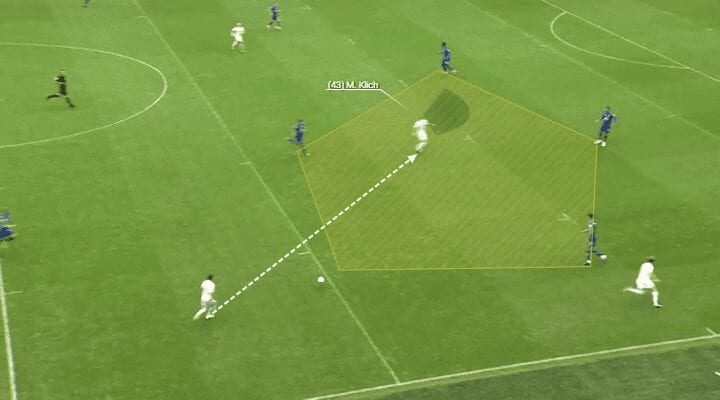 Moreover, the way he takes up good positions to support wider attacks and is key in generating numerical and positional superiorities only enhances his worth.

Another unheralded aspect of his game comes from how he regularly receives the ball on the move and in ideal forward facing body postures so he can continue his momentum. Indeed, this is much more desirable than obtaining the ball in more stationary back to goal situations, as it removes the need for him to turn. 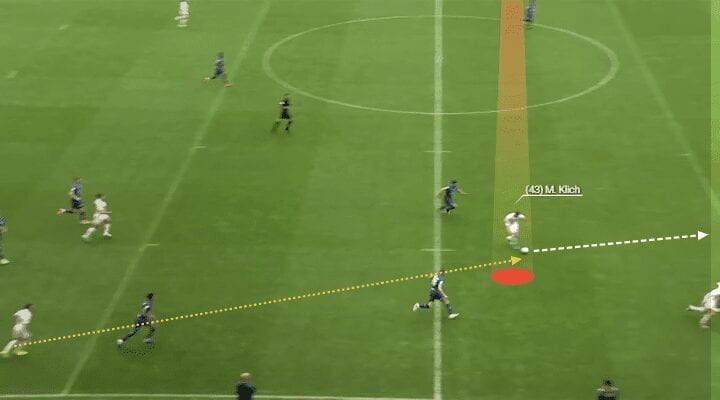 Although it’ll be hard for the wholehearted contributor on both sides of the ball to better his terrific form from last term, which he described as “the best year of his career,” he’ll be pushing himself hard to keep up his level.

Relishing working under Bielsa’s tutelage and loving life with Leeds, Klich will unquestionably be an integral component towards Leeds’ quest for Premier League promotion.