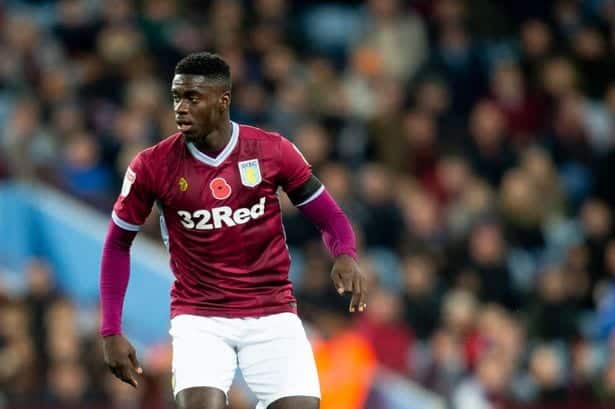 Featuring on 26 occasions throughout this season for Aston Villa, Axel Tuanzebe’s really impressed when injury hasn’t prevented him from playing.

Particularly thriving under Dean Smith’s tutelage, the Manchester United loanee’s proving his quality in his second loan spell at Villa Park. Subsequently, the club are reportedly extremely keen on securing his services again for next season on a permanent basis. This will obviously depend on if the Red Devils would be interested in bringing him back to be a part of Ole Gunnar Solskjaer’s first-team plans or not.

Considering their current defensive failings, the versatile defender would definitely be a useful option for his parent club. There is, however, a strong case to be made that he’d be better suited staying with the Villans, where he’ll be afforded much more playing time to gain the essential further experience needed to improve his craft.

A player with so many of the requisite skills needed to have a long and illustrious career, it’s been notable to see how much he continues to improve on his way to fulfilling his potential.

Undertaking his defensive duties with composure and authority, the youngster’s coolly handled many of the challenging situations he’s been confronted with. Being such a good athlete, who possesses excellent pace, agility and strength, this allows him to track his opponents while physically imposing himself on them. A tough customer to beat in a foot race or a battle of force, he competes manfully in all his duels.

To focus on his speed, and this has served him especially well when managing his foes’ runs in behind and when supporting teammates, for even if they do get the jump on him, he can recover rapidly before any damage can be done. The way Tuanzebe checks his back shoulder and his nearby surrounds crucially means he’s aware to where his man is, so he’s ready to track them when they drop deep or embark on a depth run.

Responding sharply to pressing triggers, like when his man drops deep with their back to goal, he’s been very effective at making life difficult for his opponents by harrying them aggressively, thus ensuring they can’t enjoy an easy touch, turn him or execute their actions cleanly. 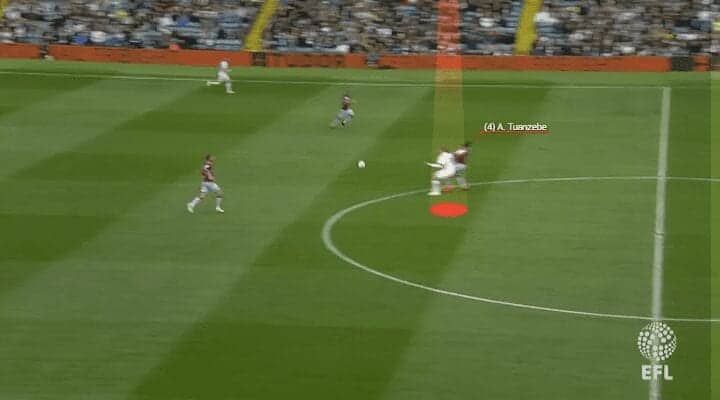 In addition, his ability to read the play and be alert to what will happen next sees him ready when his adversary could be getting involved. Indeed, this aspect of his armoury also enables him to pick up the ball’s trajectory to position himself soundly to deal with crosses and cutbacks, plus apply his interventions in a largely successful manner. 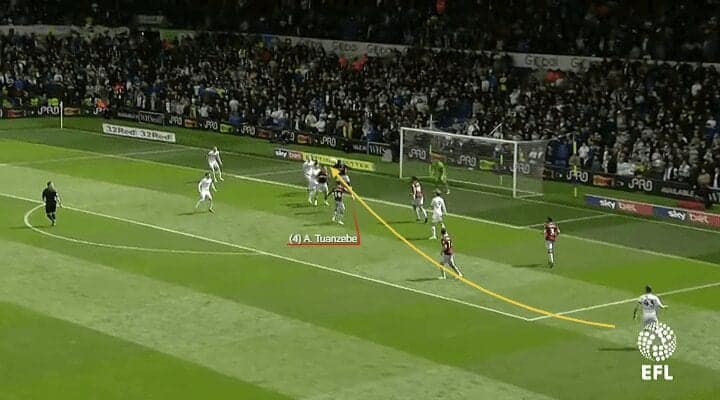 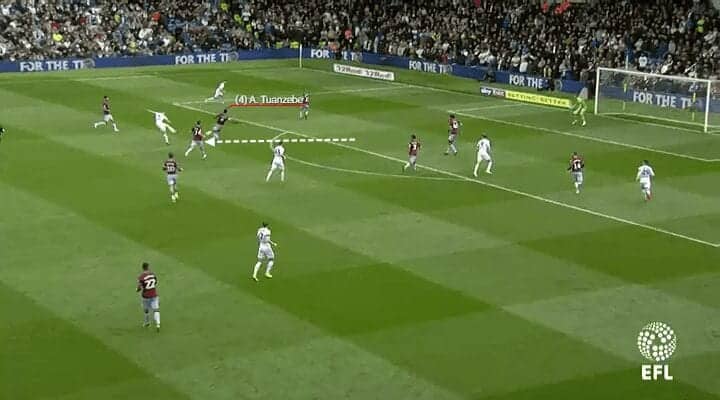 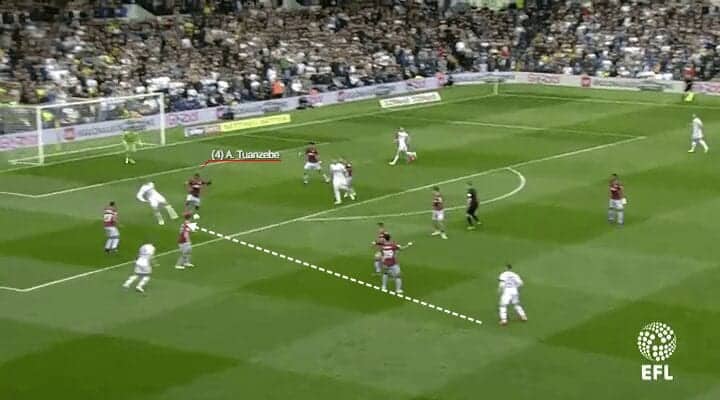 Forever developing his spacing and synchronisation with his nearby defenders, in order for his team to remain as compact as possible by pushing up, dropping back or shifting laterally as a unit, his stopping efforts have been littered with upside.

Moving onto his offensive exertions, and Tuanzebe’s impact is felt keenly here too. A powerful and explosive ball carrier, his dribbling allows him to break lines of pressure and disrupt defensive shapes, as he’s capable of breezing by multiple opponents with his aptitude in this regard. Moreover, this regularly provokes players to vacate their post and challenge him, which creates a free man upfield. 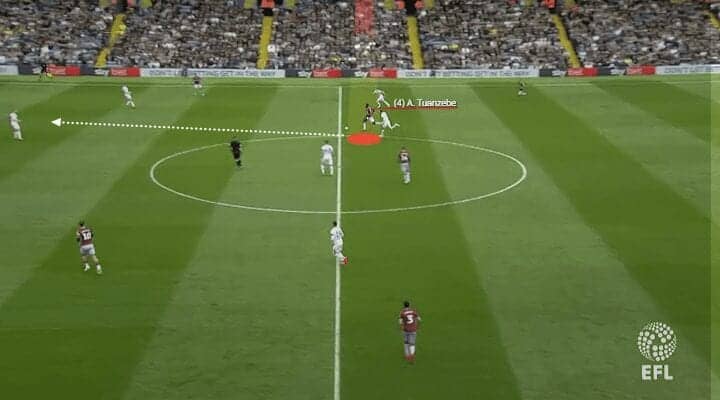 Whether beating his man with a nice piece of skill or via his athleticism, once in full flight Tuanzebe’s a tough customer to stop.

Accompanying the afore with his tidy passing, he distributes the ball competently and coherently, playing an important part in Villa’s building out from the back phases. Efficient at constructing play, he has a nice range of passing while remaining calm under pressure, so he doesn’t unnecessary give the ball away in damaging zones.

Making such a tremendous contribution on both phases of the game, his numbers make for terrific reading. Completing 5.2 interceptions per game, 3.8 aerial duels pg, 1.5 tackles pg, eight ball recoveries pg, 2.85 clearances pg, one dribble pg, 1.2 progressive runs pg and 38.90 passes pg at an 88.3% rate, these stats aptly demonstrate his quality.

With Man Utd apparently sending scouts to Villa’s recent match with Leeds United, where Tuanzebe suitably impressed by putting in another accomplished display, it’ll be fascinating to discover what plans they have for him next season.

Whether he returns to Manchester or remains at Villa Park, where the Villa fans would be only too happy to have him back, Tuanzebe’s future unquestionably looks filled with promise as long as he can keep playing regularly and gaining top level experience.