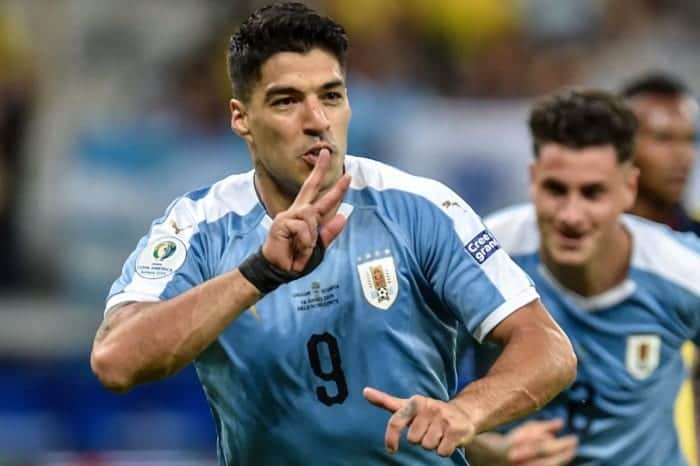 Despite having to undergo knee surgery to repair his meniscus in his right knee last month, which threatened to place him doubt for Uruguay’s Copa America opener against Ecuador, Luis Suarez’s dedication and hard work throughout his recovery ensured he made it back in time.

Although he spent roughly five weeks on the sidelines, it was hardly noticeable as the Barcelona star produced an outstanding performance on his way to helping propel Oscar Washington Tabarez’s team to a sparkling 4-0 victory.

Bagging a goal, an assist and proving instrumental in his side’s third goal, the hard nosed veteran wreaked havoc, with the Ecuadorians having no answers to his unmistakable quality. Starting the match alongside his equally formidable partner in crime, Edinson Cavani, he continually asked questions of his opposition with his movement, nous and technical execution.

So shrewd and positionally aware, he frequently took up excellent positions to disrupt the Ecuadorian defence and put himself in advantageous positions to offer an outlet for his colleagues. To start with his brilliantly timed runs in behind and into the box, and the former Liverpool sensation timed, angled and directed his runs masterfully. Very adept at instigating his runs between markers and on their blindside, this in combination with his instinctive ventures inside the box, saw him gain vital separation from his foes. 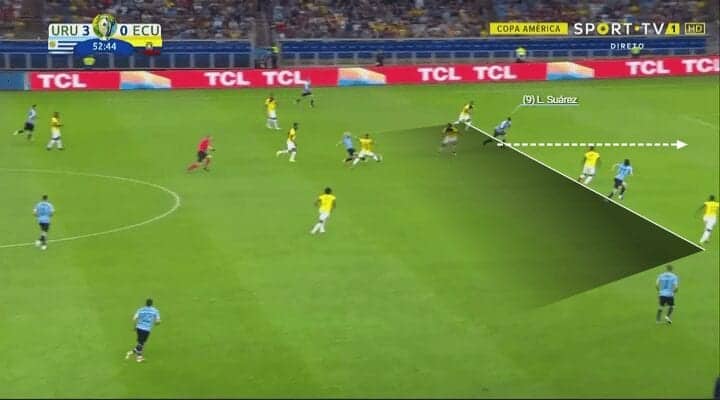 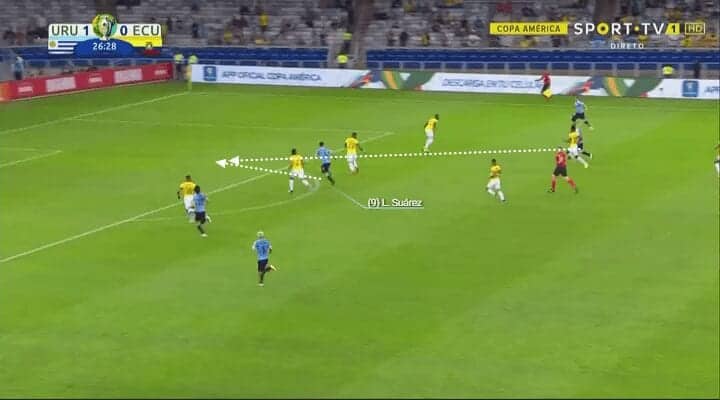 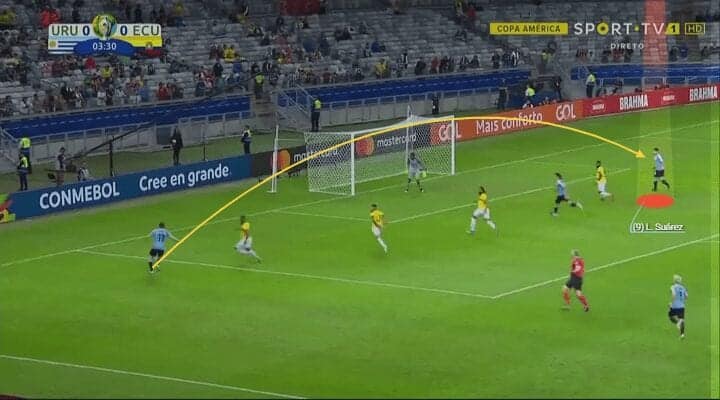 A key byproduct of his movement came from how his runs pinned markers and stretched the opposition backline to generate room for others to exploit, plus by causing confusion on who should mark him.

Suarez deserves credit for how he effectively dropped deep to link midfield and attack too, for he timed his checks towards the ball effectively to find space between the lines. From here, he then played some crisp one touch lay offs, neat flicks and controlled or held up the ball tidily if no options were present. 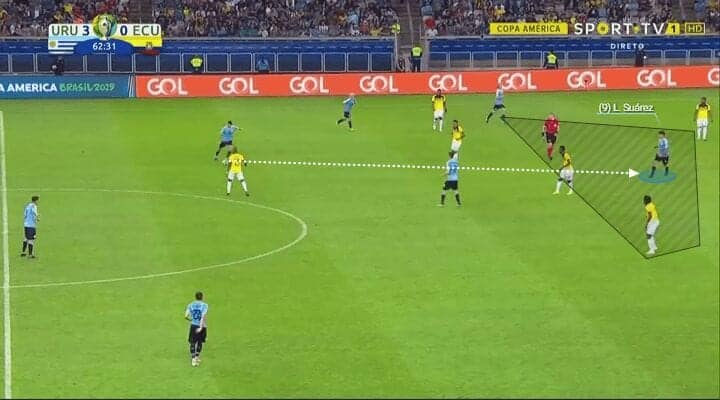 Moreover, the way he dovetailed efficiently with Cavani was another highlight, for their complementary understanding shone brightly, as they performed subtle switches and opposite movements to constantly disrupt their foes’ marking rhythm.

Reading the play and anticipating the ball’s flight path cleanly, these aspects were also key, meaning he got a crucial head start on his trackers. The most prominent example of his aptitude here came for his goal, where he reacted sharply to Martin Caceres’ knock on to place himself in a perfect position to finish. 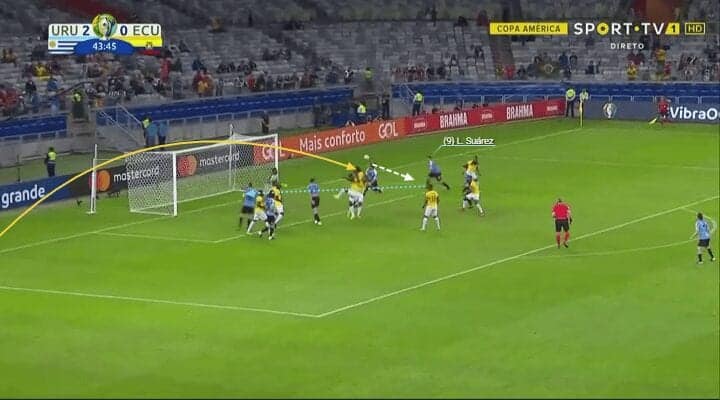 To touch again on his distribution, and, aside from knitting play together coherently, he also struck some nice though balls, precise crosses and wicked set pieces. 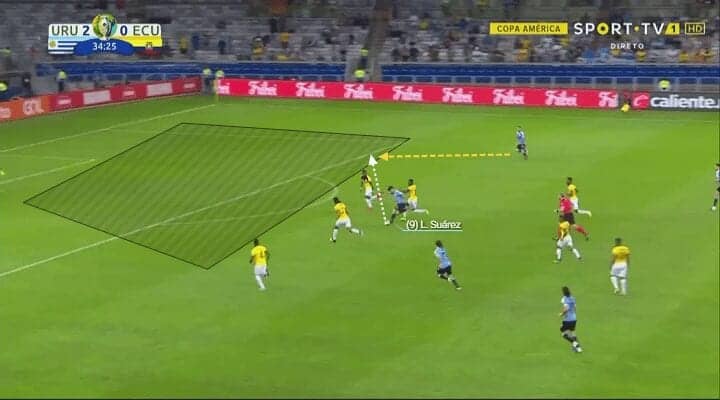 Indeed, his well weighted assist for Nicolas Lodeiro’s opener and accurate corner, that served as the catalyst for Cavani’s 33rd minute goal, illustrated this aptly.

Economical and thoughtful with his actions, his three successful dribbles, three shot assists, two shots, two accurate passes into the box, one won aerial duel, seven touches inside the box and the fact he completed 14 of his 17 attempted passes demonstrated his quality offensive output.

Hungry, committed and fiercely competitive, Uruguay’s forceful forward blended power and finesse wonderfully to kick off his Copa America campaign, as he rewarded himself for all his hard work following his operation to be fit for this clash.

Capable of scoring, creating and such a great leader on the pitch, expect Suarez’s match sharpness and performance levels to improve further as the tournament progresses too, which is a frightening proposition for any opponent trying to stop the relentless Suarez and this well drilled Uruguay outfit.