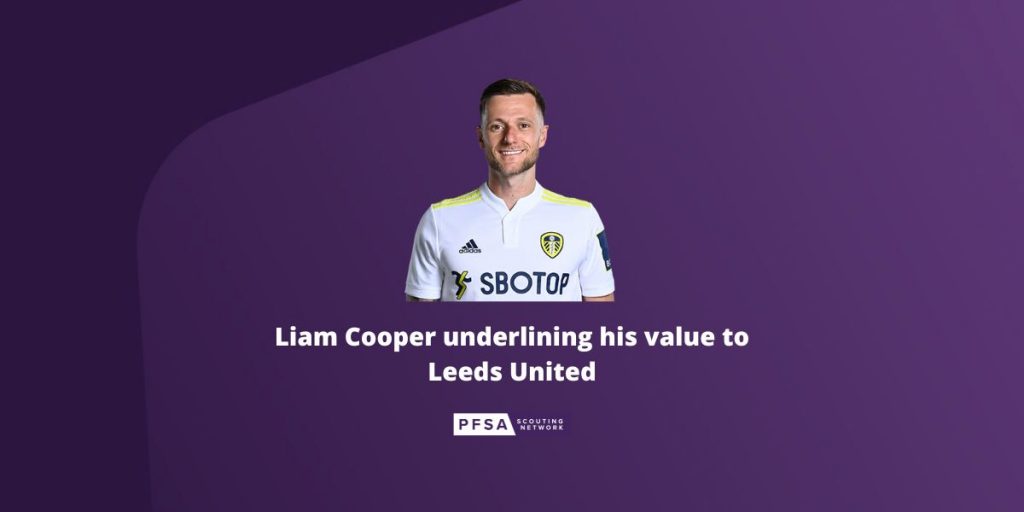 Having starred since returning from injury against Southampton at the beginning of April, Liam Cooper’s emphatically underlined what a crucial component of this Leeds United team he is.

Forced to sit on the sidelines following his hamstring injury in December, the Scottish international’s wasted little time getting back in the swing of things after his hefty enforced lay off.

Helping steady the ship and assisting newly installed manager Jesse Marsch, who came in to replace the legendary Marcelo Bielsa, his leadership, determination and powers of organisation have ensured Leeds look far more solid at the back. Seeing as Leeds have kept two clean sheets and only conceded one goal (he missed the 4-0 loss vs. Man City) since their inspirational captain returned, this offers a testament to how valuable his presence is.

Undertaking his duties with customary intensity and intelligence, the 30-year-old sets the tone for his teammates to follow. Fierce in his duels and never wanting to give opponents the upper hand, he likes to get touchtight or have his marker closeby so they can’t gain separation from him.

This is particularly evident when his opponent drops deep with their back to goal and when tracking runners into depth. To start with the former, and as soon his man comes short, he follows them with vigour, eager to not let them control cleanly or have time and space to turn and face. Consequently, he’s been effective at breaking up attacks by causing turnovers or by virtue of him chiming in with an intervention. 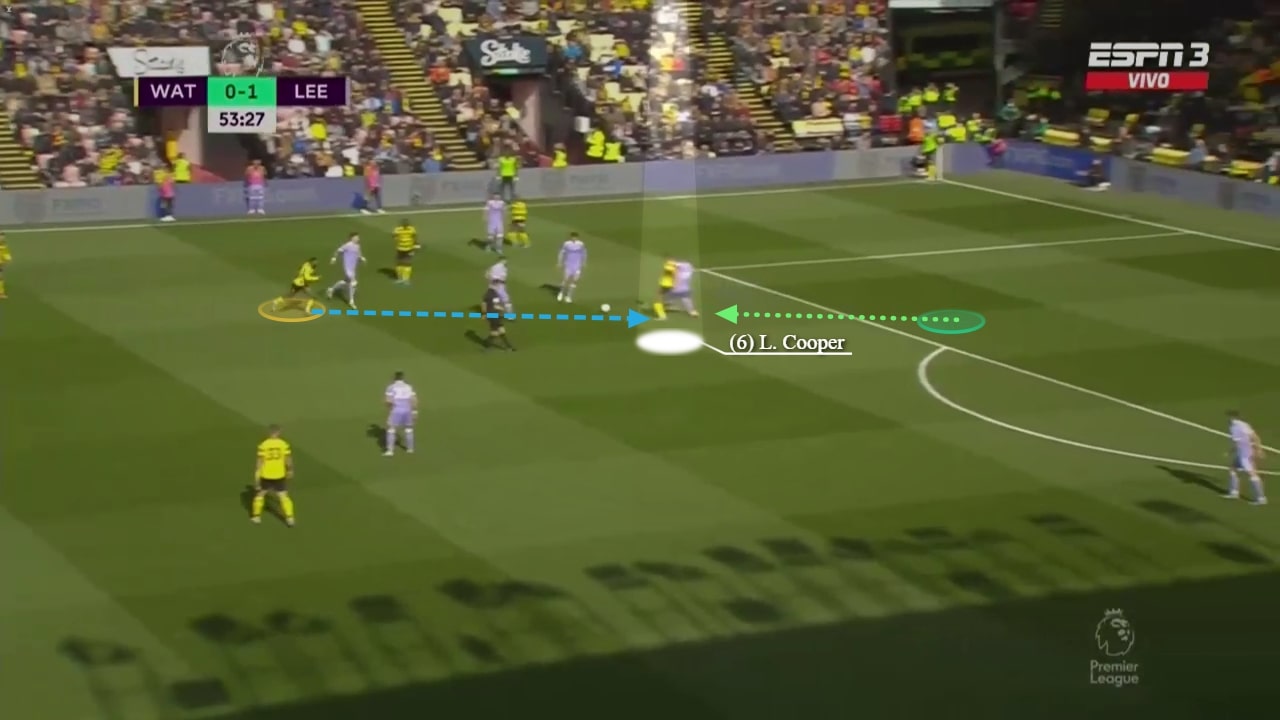 Meanwhile, when monitoring runs in behind, his reading of the play and awareness of his markers ensures he responds quickly to keep tabs on his man. Even though he isn’t the quickest, his concentration, powerful, crouched side-on posture and use of his arms and body to impede his adversaries serve as a leveller for him. 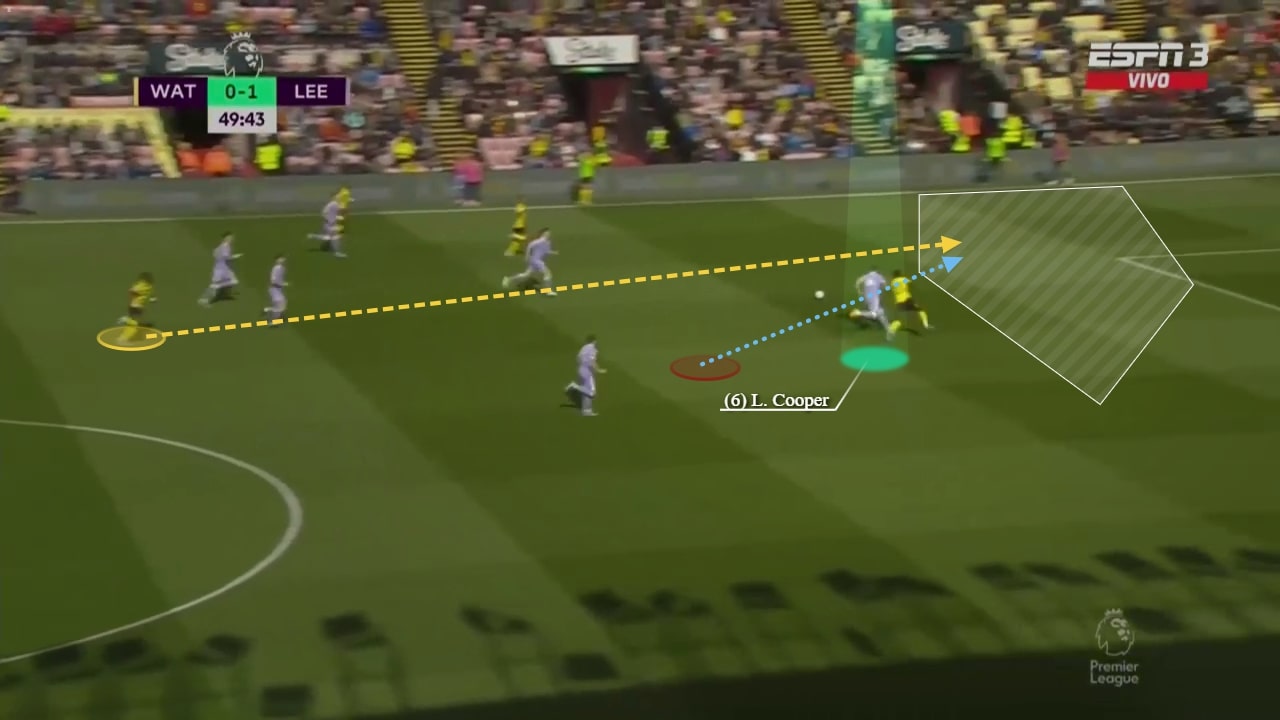 In situations when he doesn’t have a direct opponent, the way he remains attentive so he recognises when to drop off, step up, shift across or support a colleague has enhanced his worth. Positionally astute and always making adjustments, this notably helps him deal with crosses and cutbacks into the box, manage late runners and communicate with colleagues in regards to nearby threats and their positioning. 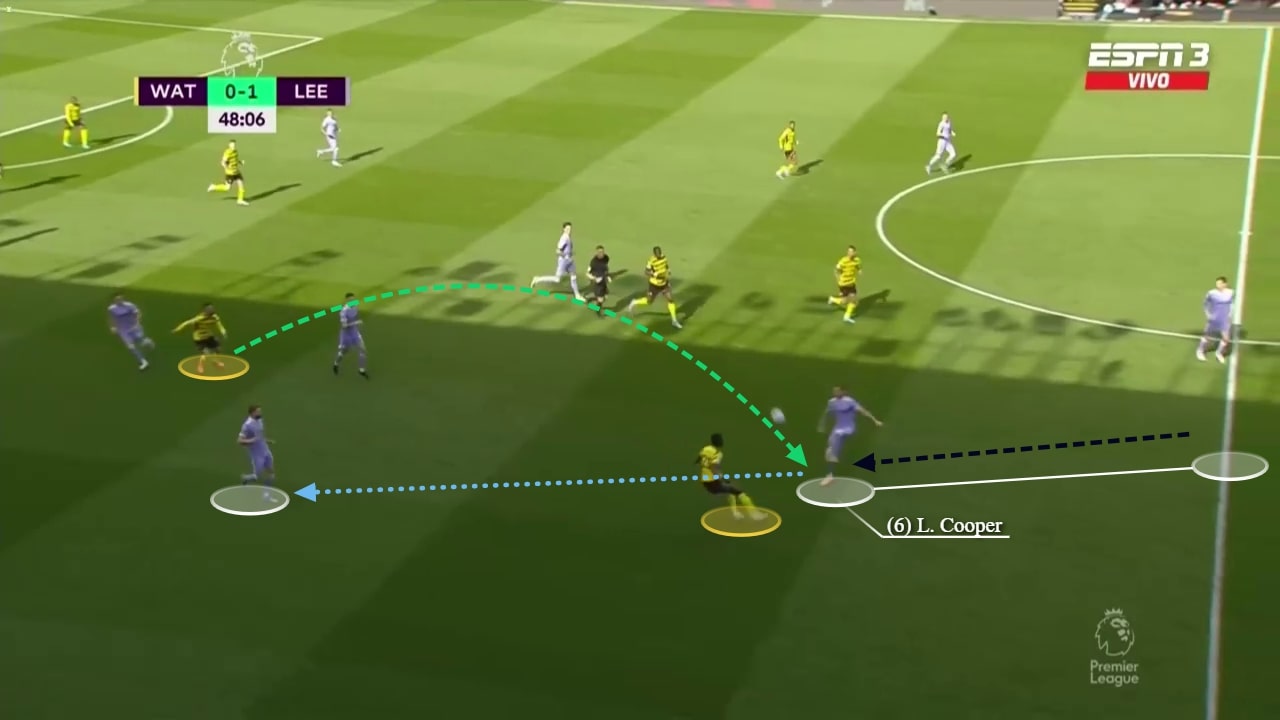 Physically intimidating and never one to take a backwards step, he competes manfully in aerial duels, with his fearlessness, capacity to pick up the ball’s trajectory, balance and strength under pressure meaning he holds his own. 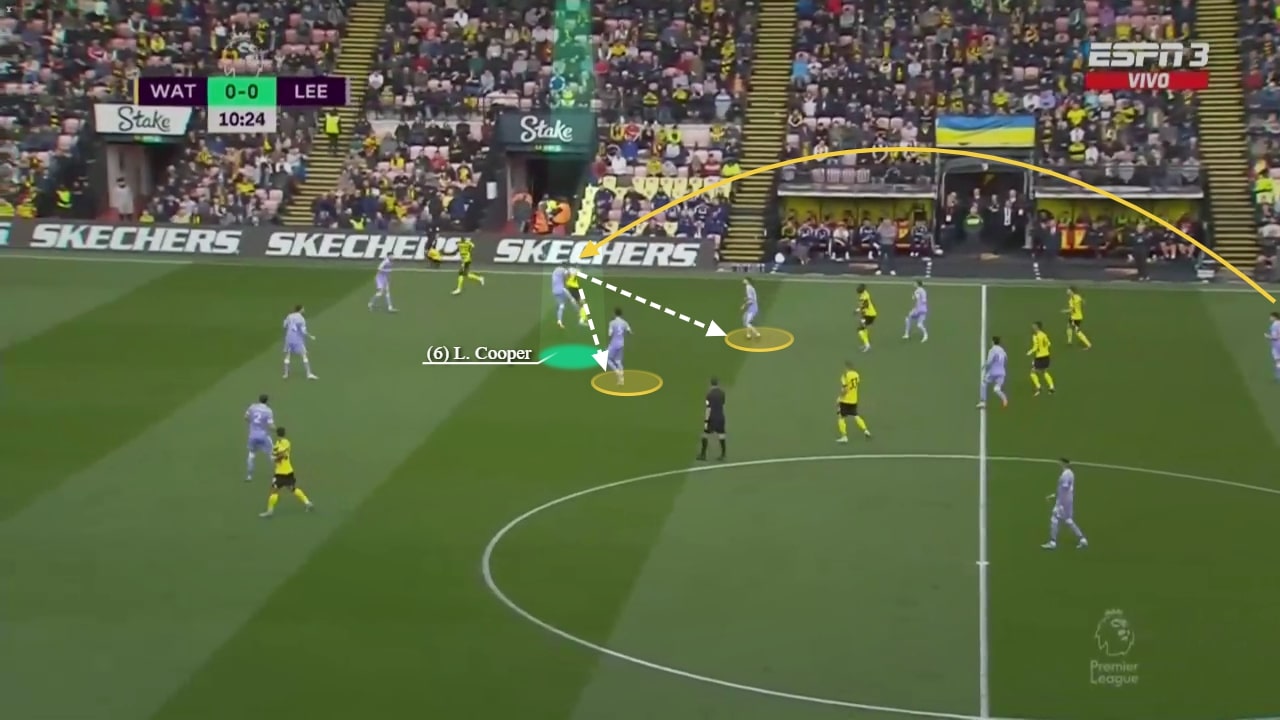 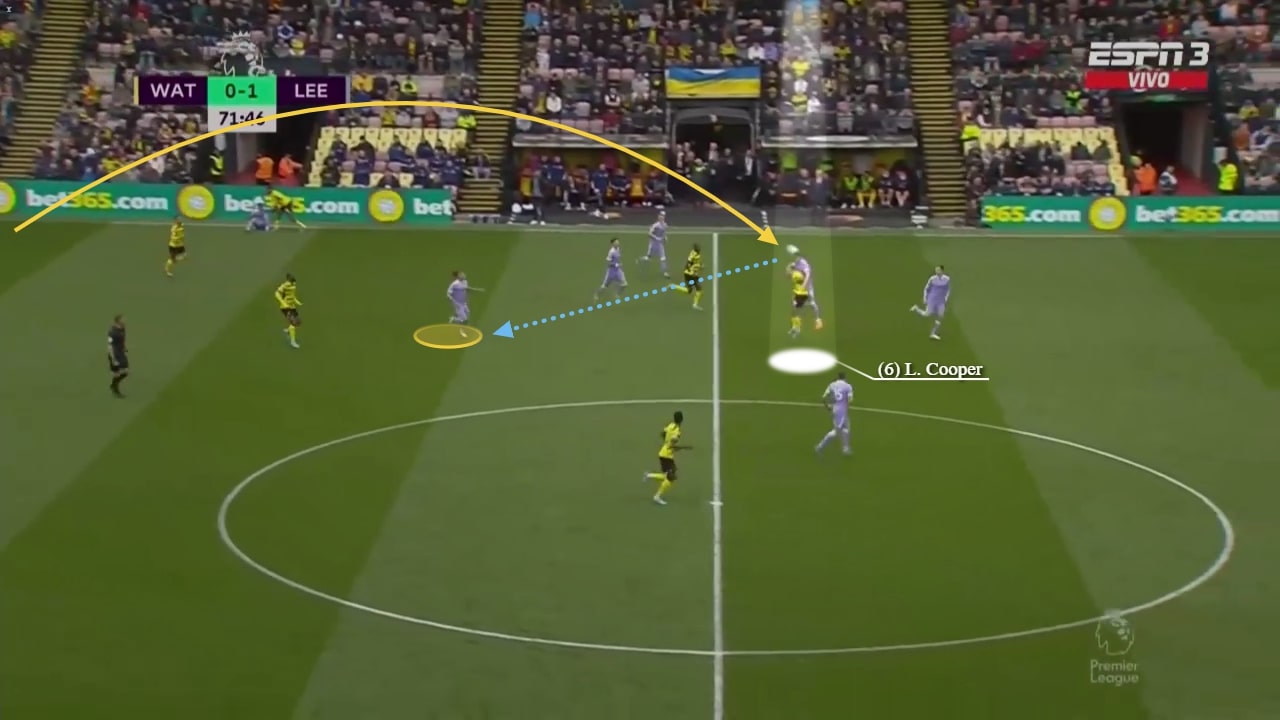 Contributing proficiently when Leeds have possession too, Cooper’s ball carrying and passing mean he’s an asset when his team are building out from the back.

Boasting a quality left foot, quick to assess his options and calm under pressure, this means he instigates many an attack. Competent at beating the first phase of pressure with line breaking passes into the midfielders and removing their midfield with penetrative passes into the attackers, his progressive passing is a huge positive. 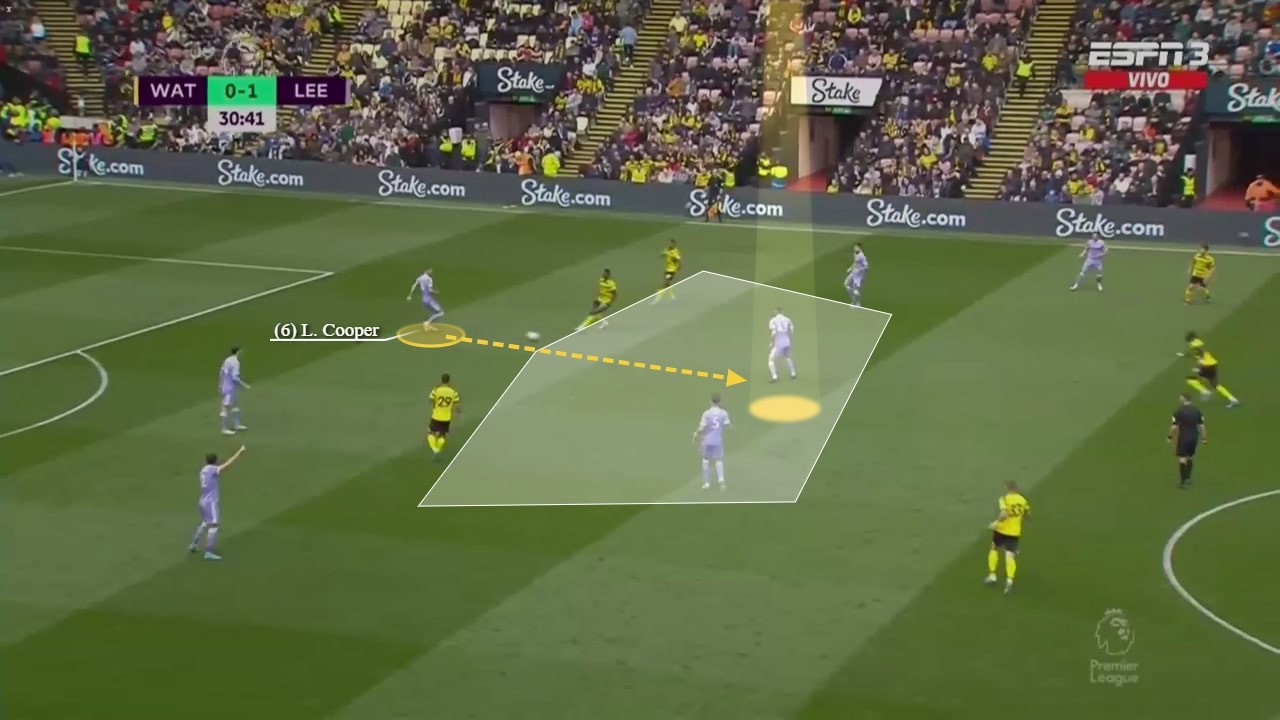 In addition, the way he can switch play with raking diagonals to isolate the wingers and launch accurate through balls in behind adds to his worth. Crucially, if the expansive outlet isn’t the best choice, Cooper recycles the ball cleanly with his teammates while waiting for a weakness to appear in the opposition. 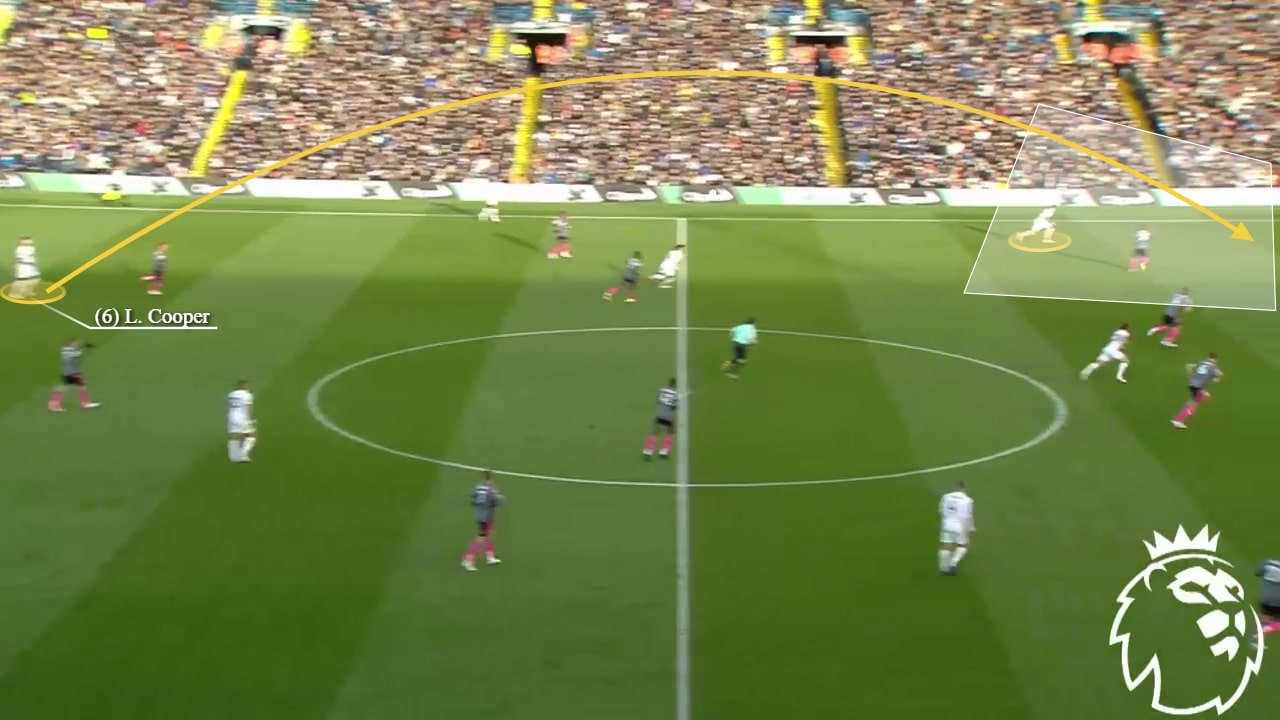 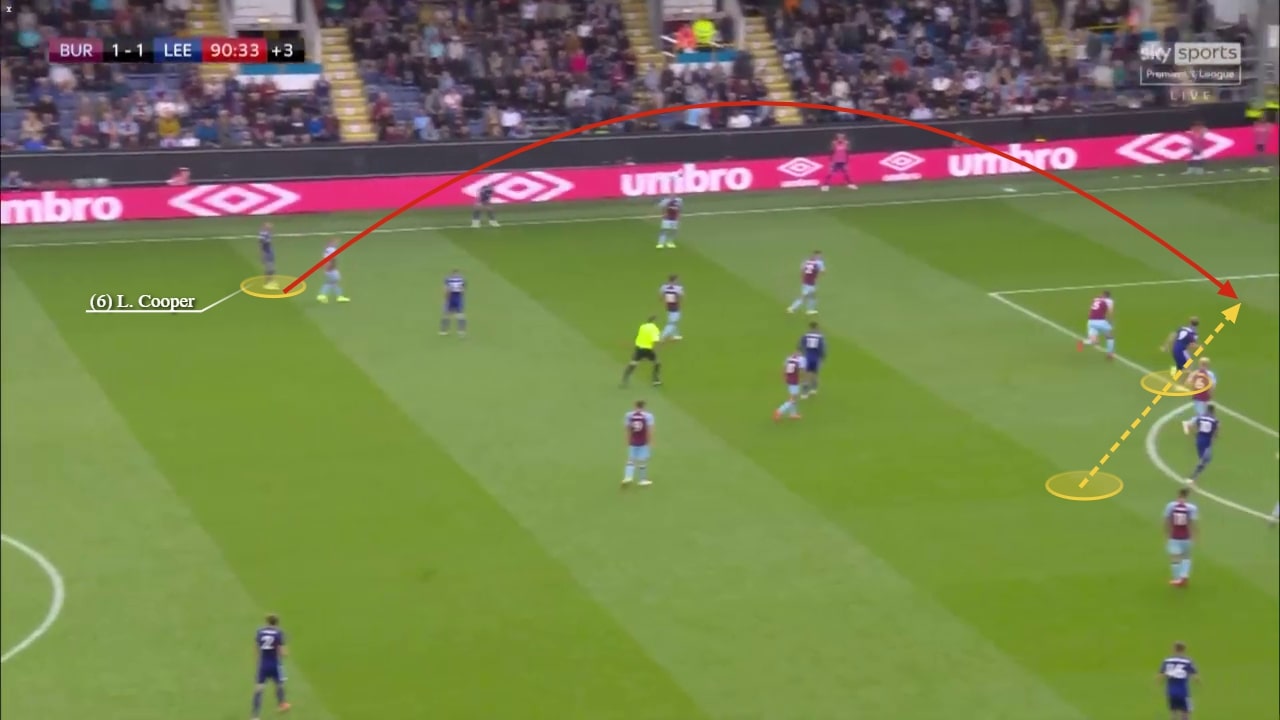 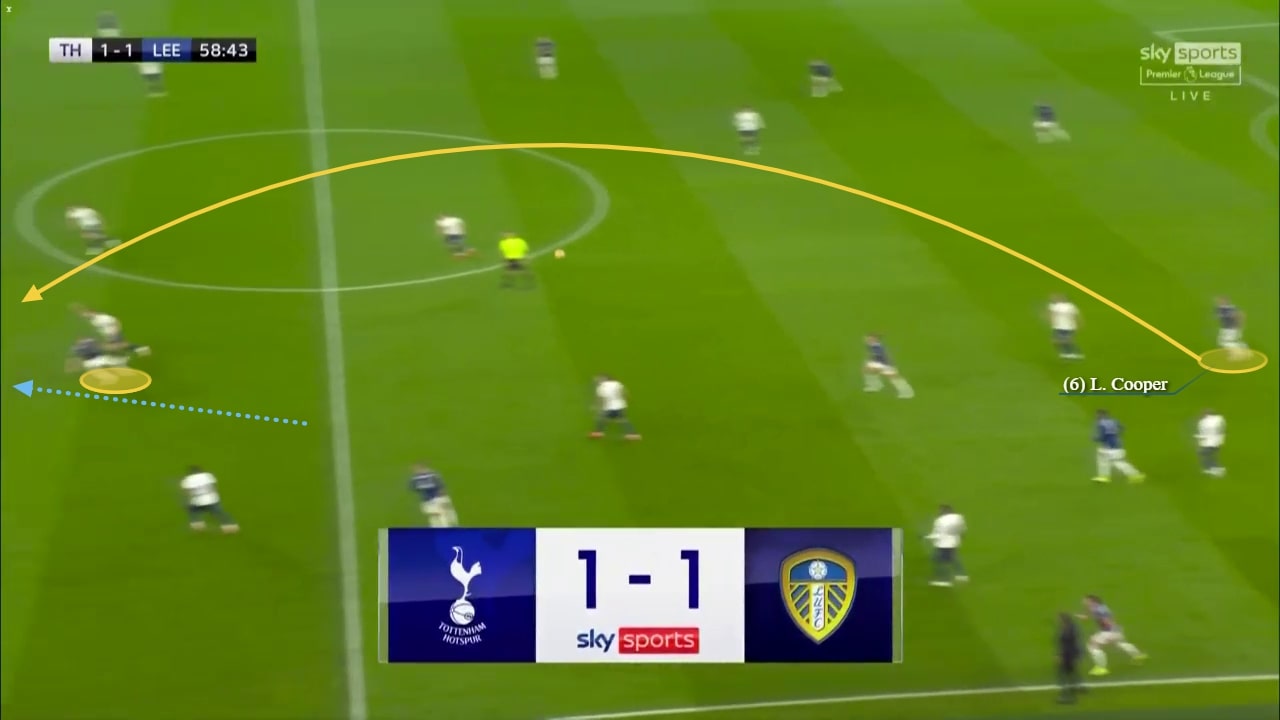 If the opportunity arises to drive forward with the ball at his feet, the former Hull City man takes it. Dribbling upfield with intent to gain territory and able to beat opponents or draw them out, this is an important string to his bow so he can create imbalances in the opposition shape that can be exploited.

A key man towards Leeds’ want to pass out from the back, he parlays his skills in possession with his knowledge of where best to position himself to form overloads, give a colleague a passing angle or ensure a free man can be accessed directly or via a third man combination.

Back fit and firing once again, there’s no doubting what an integral piece of the puzzle he is for Leeds. Sorely missed during his spell on the sidelines to lead their backline, the fact Leeds failed to keep a clean sheet in his recent stint out of the team underlines his importance.

“I know the lads speak very highly of him,” Robbie Keane said of Cooper. “He’s the leader. Since he’s been back in the team, they look more solid.”

“He’s been brilliant since he’s been in. Having your captain back certainly helps the team.”

With Leeds’ focus now on staying clear of the relegation zone and finishing what’s been a challenging campaign on a high, their task will certainly be made easier with Cooper now back steering the ship.

All involved in the club will just be hoping he can stay healthy, for Leeds are unquestionably a better outfit with him in it.