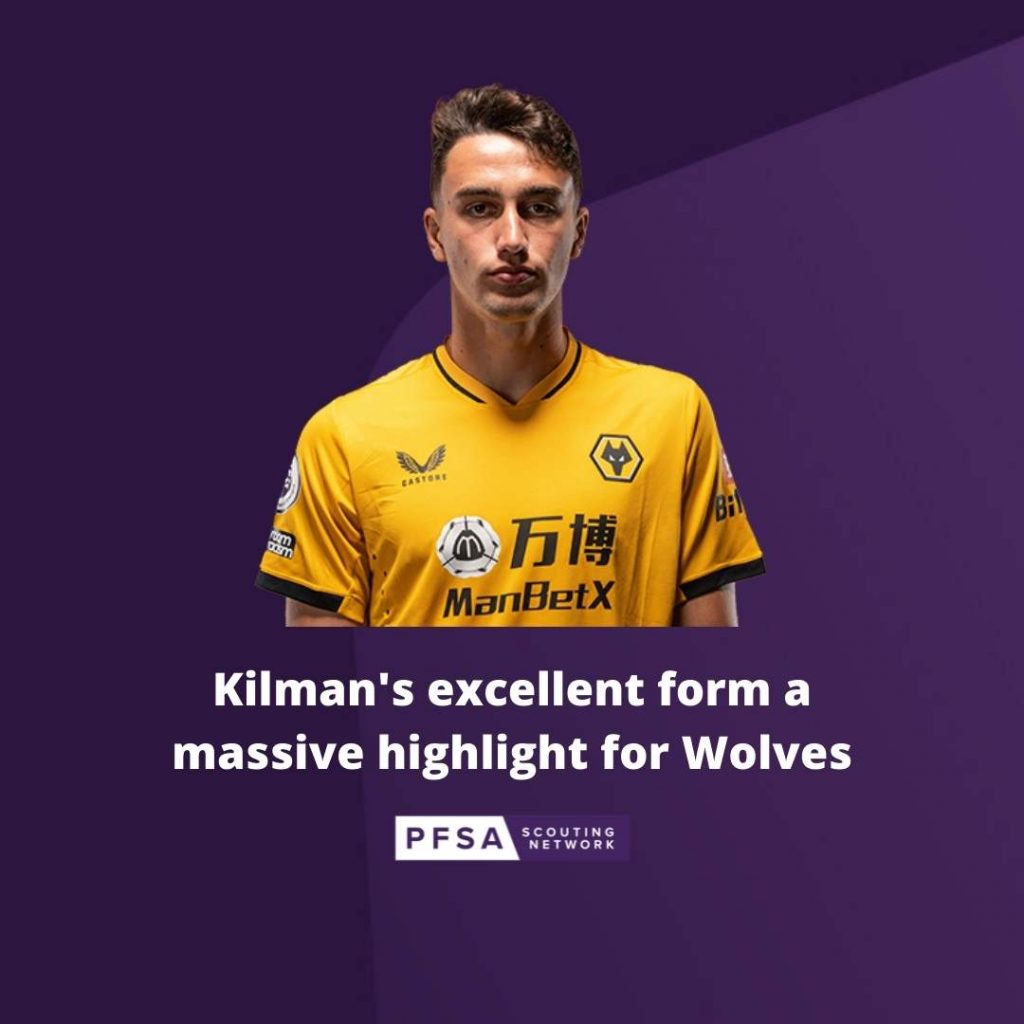 The impressive form of Max Kilman has certainly been one of the highlights of Wolverhampton Wanderers’ solid start to the season that’s seen them play far better than their one win suggests.

Adapting brilliantly to new manager Bruno Lage’s more progressive system that features a higher defensive line, the youngster’s been a standout. Indeed, his promising efforts against the likes of Manchester United, Leicester City and Tottenham Hotspur were key towards Wolves ultimately not feeling the need to sign another central defender before the transfer window shut.

Evidently enjoying working under the Portuguese tactician, Kilman gave a keen insight into how he’s assimilating into Lage’s philosophy and how much he’s enjoying his football at present. “It’s been tough but we’ve had a long time in pre-season just to understand our roles and how to play,” he explained.

“Of course it’s good we’re all learning and whatever system we play we have to adapt. It’s (the high line) something I’ve not been used to so much but I have to adapt. There are obviously different ways where I need to find lines and my body position could have been different at times, but whoever plays in any position needs to adapt and make sure you do your best.”

He then added: “He’s been brilliant since he came to the club. But the energy and enthusiasm he’s brought in has really pushed us on and you can see how the whole training ground has been uplifted with the enthusiasm and how we want to play. It’s been very positive so far.”

Operating as Wolves’ right sided central defender even though he’s left footed, he’s held his own emphatically so far, undertaking his responsibilities with assuredness and success.

An efficient scanner of his surroundings so he can obtain an updated mental imagery of his surroundings so he knows where nearby opponents are, where his teammates are and if he’s ideally positioned, this has benefited him immensely. Be it when tracking blindside runs into the box, monitoring runs from midfield, supporting a colleague or letting one of his partners know of closeby threats, this aspect of his game has been vital. 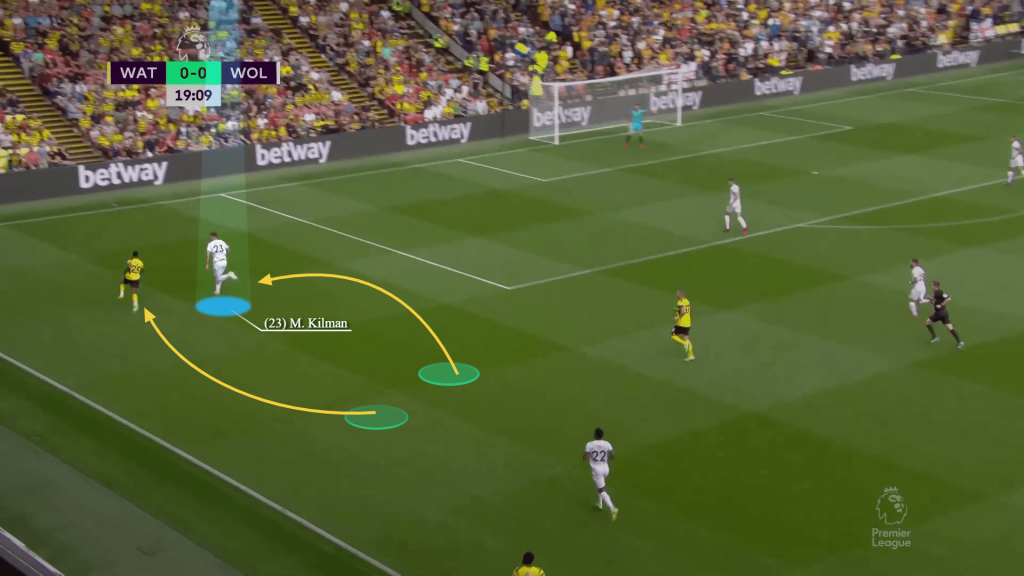 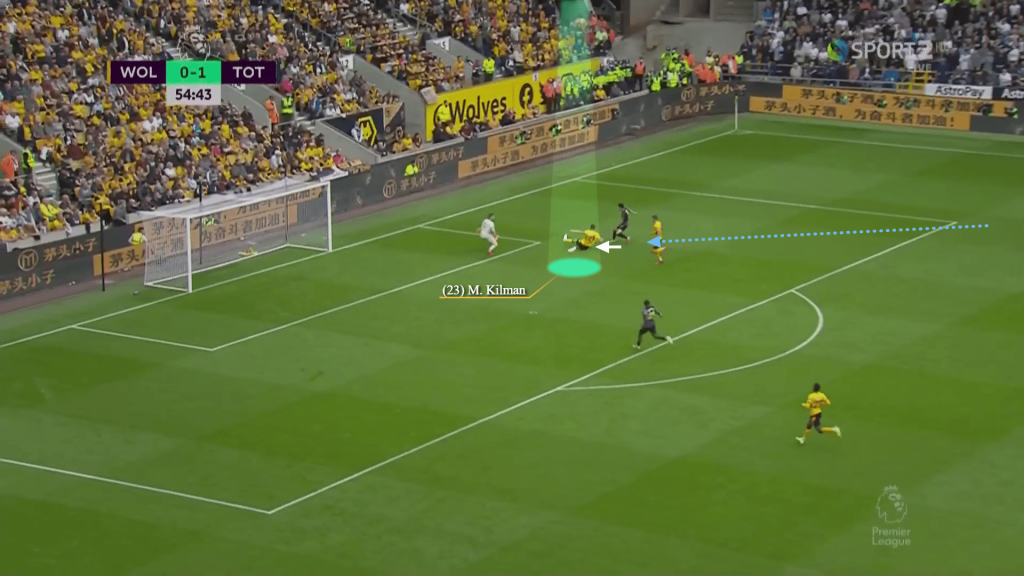 How he reads the play smartly and has shown good judgement has been valuable too, for it’s meant he can get the jump on his man when they drop deep or motor in behind, adjust his positioning depending on the situation or react to apply an intervention.

Being quick to respond to danger means he can mop up danger if he’s the free man and respond to pressing cues like his man checking towards the ball with their back to goal or if they’re about to receive in an open body posture. Moreover, this also helps make up for his lack of acceleration off the mark to give him the best chance of cutting out danger. 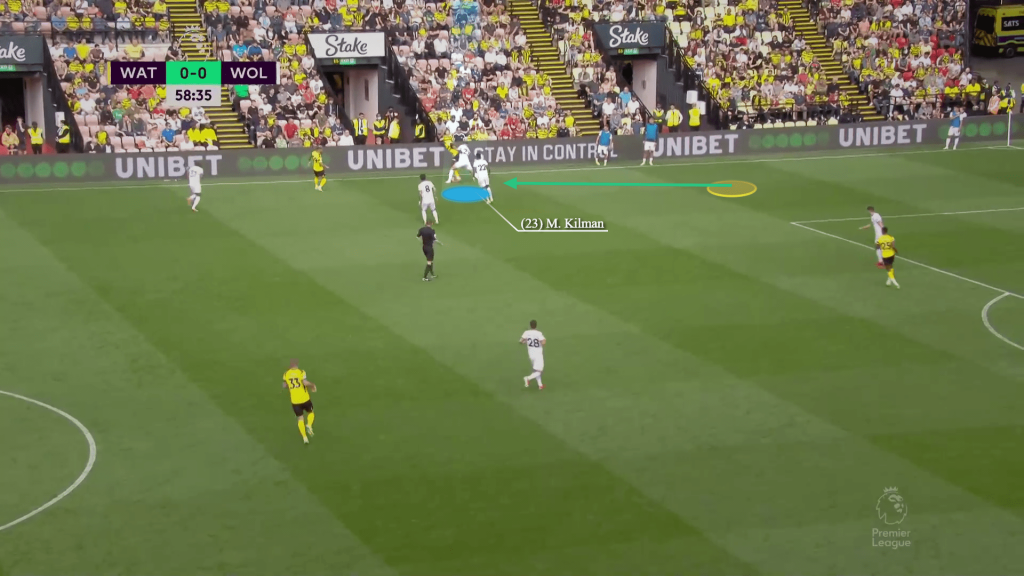 The fact the towering defender has such long arms and legs aids his effectiveness too, with him able to unbalance them with his strong jockeying or jostling or stretching out to regain possession, which serves him well in 1v1 battles, as it makes him a wide and challenging man to get past.

Standing at 1.93cm and sharp at picking up the ball’s trajectory, he’s handy in the air, which helps him clear danger from open play and set pieces, plus ensure his team can recover second balls. Balanced and concentrated, this helps him in his headed duels all over the pitch. 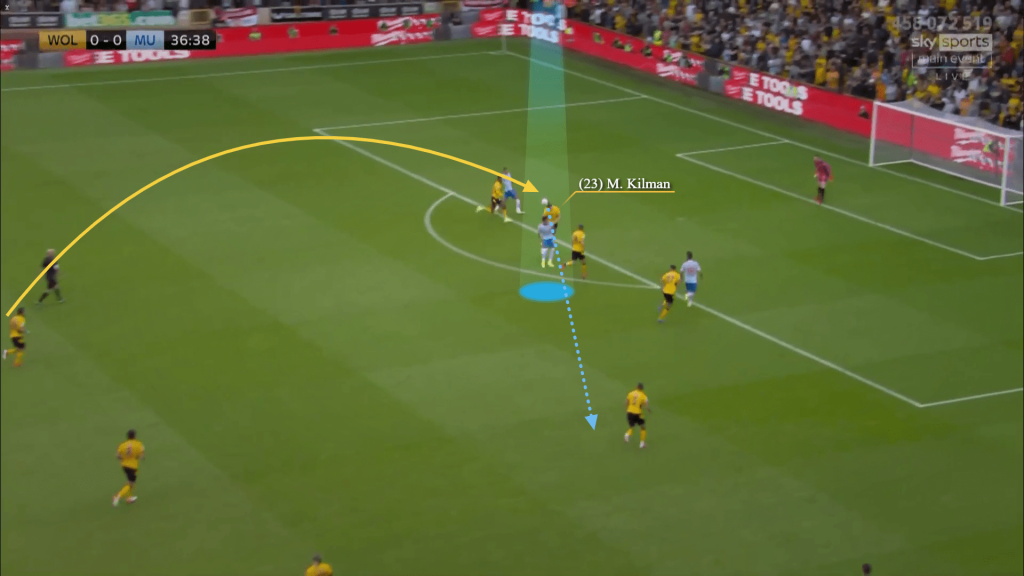 Also a steady contributor going forward, Kilman’s comfort with the ball at his feet, composure and passing quality has definitely caught the eye. Handling being pressed admirably, it’s important to note how he keeps his head to still execute his actions cleanly for the most part.

Receiving in ideal positions so he can either protect possession, move the ball quickly or so he can assess his options rapidly, this helps him make good decisions on the ball.

A competent distributor who weights and measures his passes nicely, this sees him adept at breaking the first line of pressure, spraying the ball into wide areas, striking some crisp through balls in behind or recirculating possession if no progressive options are available. Neat and concise, how he opens up his body to either disguise his passes or hit defence destabilising diagonal passes into feet have been further strings to his bow and added to his influence from his right sided centre half slot. 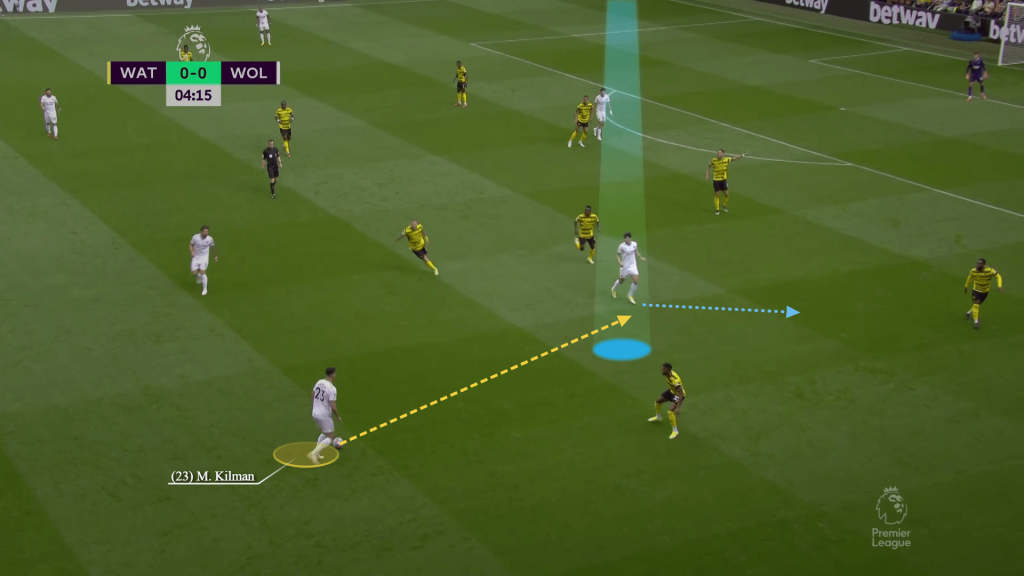 An efficient ball carrier who relishes surging upfield to gain territory for his team and join in attacks when he can, his dribbling gives him another dimension. Due to his futsal background, he’s unsurprisingly sharp with his control and touch, which helps him outfox markers or keep possession when under duress. 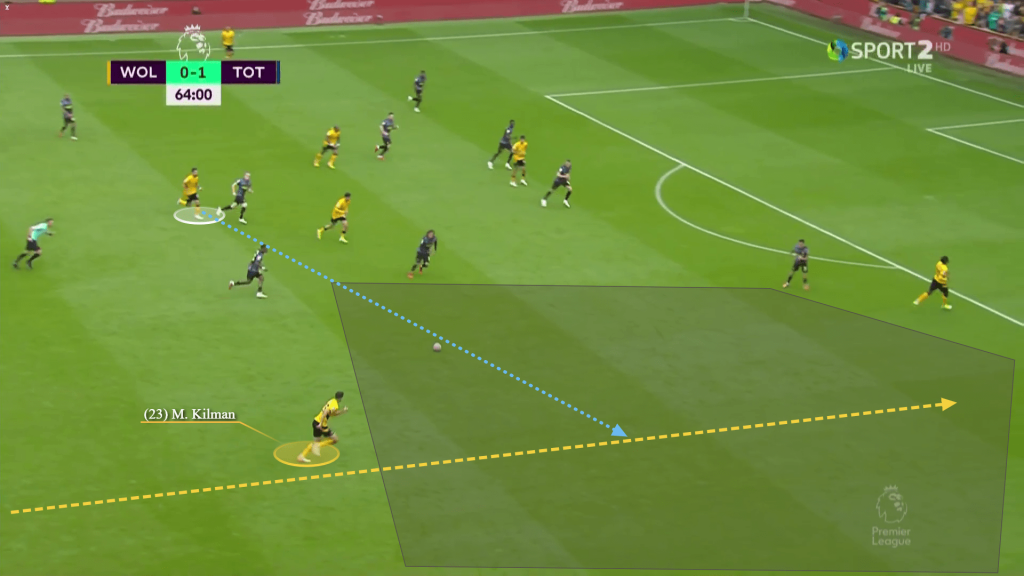 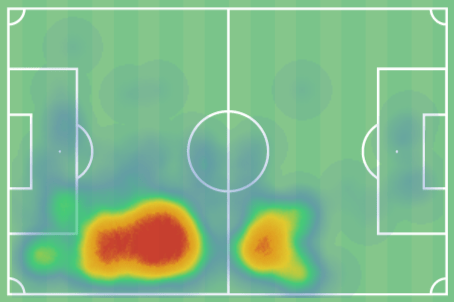 Technically sound and improving all the time, his emergence as an integral component of Lage’s plans has been a real highlight. Making the most of his opportunities to shine in the ultra competitive confines of the Premier League against some of the world’s best attackers, there’s even been talk of him getting a potential England call up.

For now though, the assured and talented Kilman will just be doing everything he can to continue his assimilation to Lage’s system and keep developing his craft with every passing week.