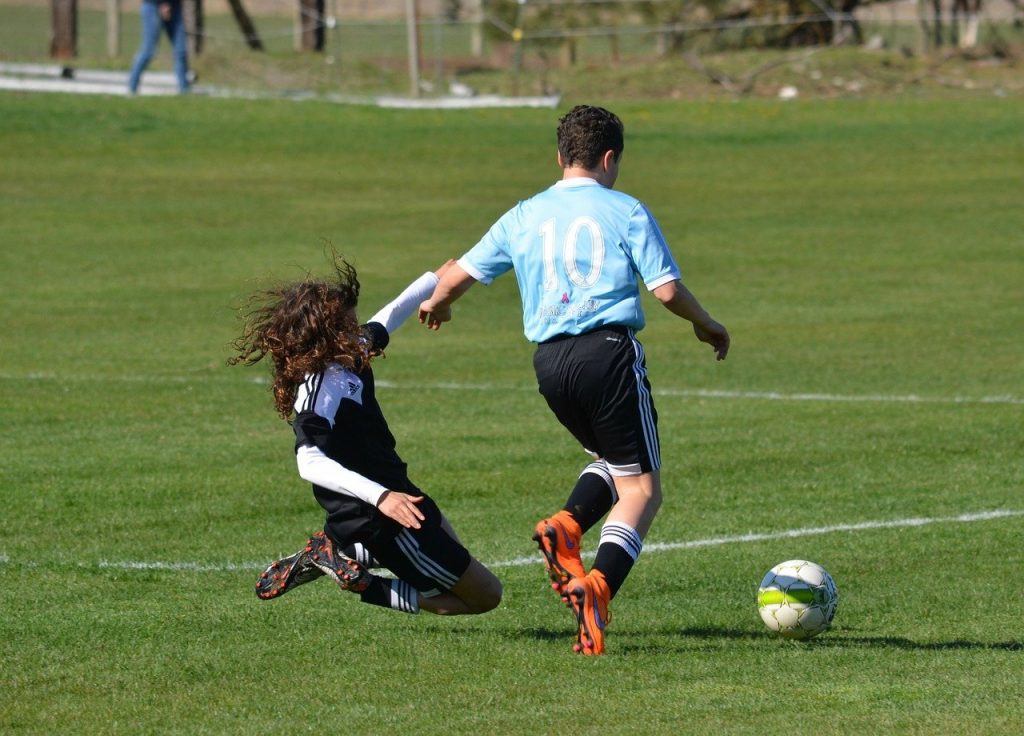 Football (or soccer for our US audience), as it is played today, is definitely a contact sport. Read on, and once you have finished this article, we expect you’ll probably agree.

Historical records trace the origins of football back over 3,000 years ago to countries like Ancient China – where the game was called Cujo, Central America – where it was called Tlachi, Greece and Italy. However, in terms of the traditional sport that millions know and love today, it is England, in 1863, that is credited with its creation.

These rules for the early form of football, which has since transformed into today’s modern game, forbade physical contact, outlawing tripping opponents and touching the ball with your hands.

So in those early days, it might have been considered to be a non-contact sport. But what is the definition of a contact sport?

The Cambridge dictionary likens a contact sport to rugby football or American football, saying that it is a sport whereby players are allowed to touch each other when vying for possession of the ball. Even that is rather loose, given that in American football, players take each other out by running interference before they have a chance to get to the ball.

The Free Medical Dictionary by Farlex, is a little more specific, referring to contact sport as one in which players have a range of contact with other players or inanimate objects. I don’t know about you, but I have seen many an occasion whereby an unlucky player comes into contact with a goal upright – most definitely an inanimate object.

The Medical dictionary goes on to say that the term “contact sport” is divided into four sub-categories; full contact, or collision, semi-contact, limited contact, and non-contact.

One of the earlier accepted forms of physical contact in football was shoulder to shoulder barging. Technically it still is today, but the antics that players get up to in terms of the so-called “professional foul,” if not overtly violent are nonetheless physical, sometimes cynical, and often amusing.

What the Rule Books Say

As far as FIFA is concerned, in their interpretation of the rules of football under guidelines for referees, it says that charging is a challenge for space, via physical contact, within reaching distance of the ball, without the use of arms or elbows.

A referee would typically expect during the tussle that both players involved in a “fair charge,” to have at least one foot on the ground at all times and not use excessive force. So, the player challenging for the ball can’t simply slam into the player on the ball, even if the contact were shoulder to shoulder.

The shoulder to shoulder barge is an example of what would be classified as a legal foul in fotball. There are other forms of so-called legal fouls, typically when two players are chasing after the ball, or when one player is attempting to shield the ball from the other. These types of contacts are thought of as fair charges.

However, in fighting for possession, players can easily end up on the ground, but that does not in itself make the challenge illegal. 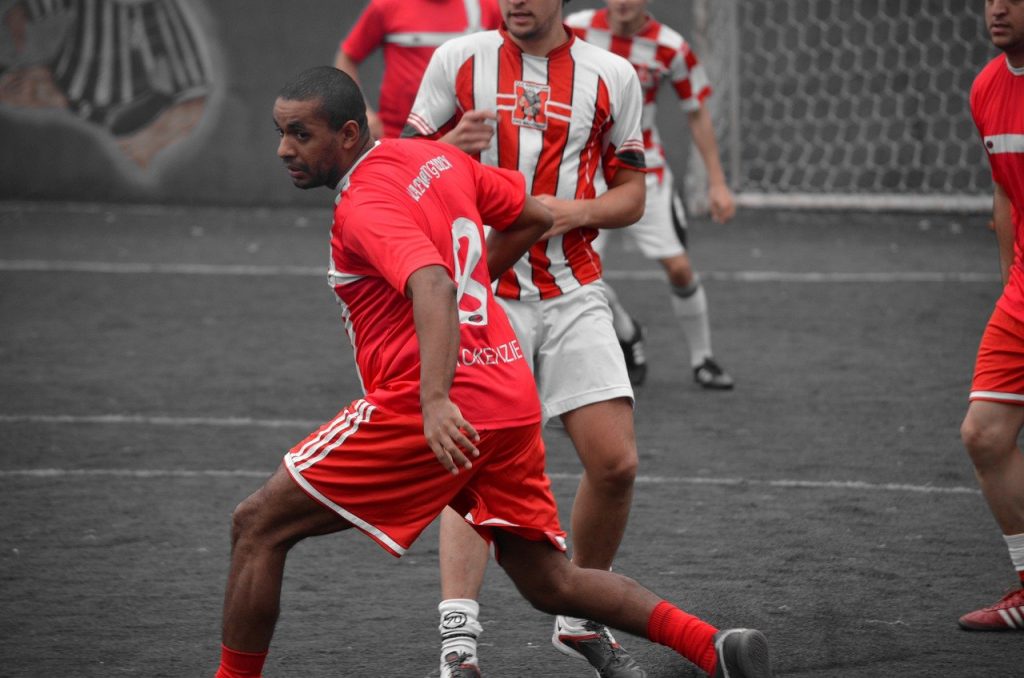 Then, of course, there is accidental contact, which often doesn’t fall neatly into either being a legal or illegal event. It is often thought of as being sheer bad luck or misfortune and often comes into being when two players are challenging for the ball 50/50.

Heads can crack together, and players can land awkwardly, but generally speaking there is no bad intent on either side. Other times, there simply isn’t sufficient time to pull out of the challenge.

These things happen, and it is the referee’s job to evaluate the situation. These days, in elite matches, referees can now refer to VAR.

The Hard Men of Football

Then you have the uncompromising individuals. Not necessarily “dirty” players, but men who went into challenges, and who wasn’t for want of a better expression, prepared to take prisoners. In the past. examples of these types of players would be Tommy Smith of Liverpool, big Jack Charlton and Norman “bites your legs” Hunter of Leeds United, Ron “Chopper” Harris of Chelsea,” Roy Keane of Manchester United, and Vinny Jones of Wimbledon.

Of course, there are still “hard men” around today. Tyrone Mings of Aston Villa and Harry McGuire of Manchester United are ones that spring to mind straight away, but every Premier League club has their own version, as per the article on the One-Football.com website.

The Mad Men of Football

Sometimes, players just lose it. Who can ever forget the headbutt delivered by Zinedine Zidane on Marco Materazzi, when France played Italy in the final of the FIFA World Cup in 2006. Then, earlier this year, there was a crazy few minutes when Eric Dier of Tottenham Hotspur lost it and strode purposely over the stadium seats to remonstrate with a supporter.

Then, of course, some years ago – in the World Cup in 1962 to be precise, there was the so-called battle of Santiago when Italy met Chile. David Coleman leaves us in no doubt as to his view of what transpired Seeing is believing.

When you look back at some of the things we’ve discussed above and viewed some of the footage in the links we’ve provided, you will be left in no doubt whatsoever, that football is most definitely a contact sport. Okay, not in the same way that boxing, wrestling, rugby and American football are, in as much as it is a necessary element, and indeed it is even the very point of the sport in the first place.

We call football “the Beautiful game.” We love to see fantastic goals, superb passes, great goalkeeper saves and yes, even great tackles. It’s all part of the sport, and the game simply wouldn’t be the same without that “contact” element.