Football – The Rules and How to Play the Game 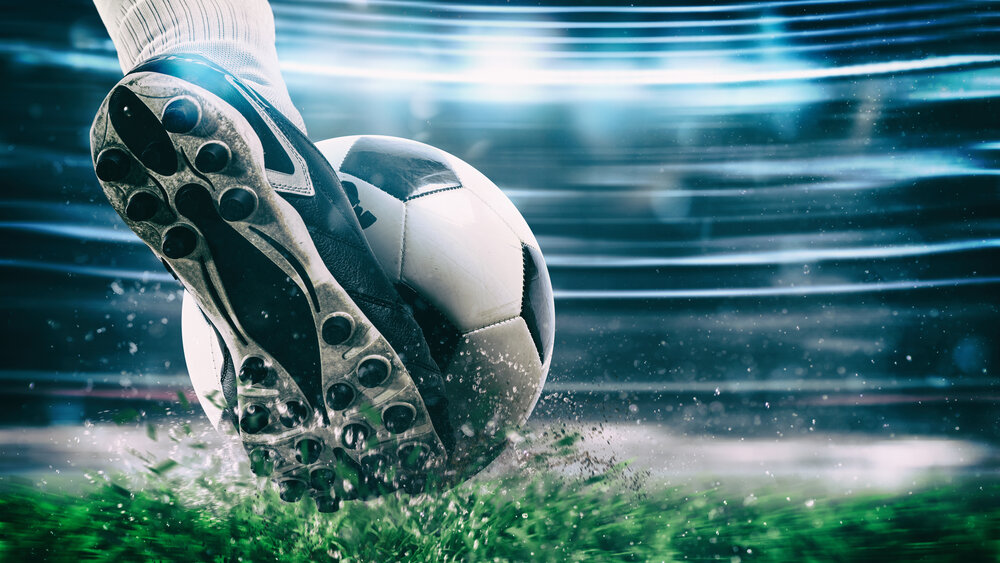 Playing football isn’t complicated. It’s one of the big reasons that soccer is so popular all over the world. Once only a men’s game, women’s soccer is now a main sporting attraction too and is justly getting its fair share of television coverage.

To get the most enjoyment out of football, you need to know and understand the rules of the game and how it’s played. That is what this article is all about – so please read on and enjoy.

The Object of the Game

According to Britannica, the object of the game of football is to move the ball into the opposing side’s goal using any part of your body except your hands and arms. Simple though that sounds, it involves considerable skill, and that is, in essence, what I hope to show you.

The team that scores more goals than the other wins the match. The Guinness Book of Records for the most goals scored in one soccer match belongs to a Madagascan game where the team scored 149 goals in a protest against poor refereeing!

A soccer ball is an inflated round hollow sphere covered with leather or another type of suitable material. It should weigh between 410 and 450 grams and must be 68 to 70 cm in circumference.

A game of football lasts in total for 90 minutes, plus any time added on for injuries. A match is divided into two 45-minute halves. Injury time is added on at the end of each half. When the half-time whistle is sounded, the teams leave the pitch for a 15-minute break. When the teams retake the pitch for the second half, they change ends.

If there is no score or the number of goals scored in a regular league match is the same for both teams, the match is drawn. If the match is a cup game, and at the end of full regulation time, the scores are level, 30 minutes of extra time is played in two 15-minute halves with the teams changing ends at half-time with a brief break.

If a cup game is still drawn after extra time, then penalties come into play.

A 24 by 8-foot goal is positioned at each end of the pitch. In front of the goal is a rectangular goal box is drawn in white. This is the goal area. It measures 12 by 6 yards and is often referred to as the 6-yard box.

Then there is a penalty area at each end, measuring 18 x 44 yards. Within the penalty lies the dreaded penalty spot. It is directly in the middle of the goalmouth and positioned 12 yards in front of it. 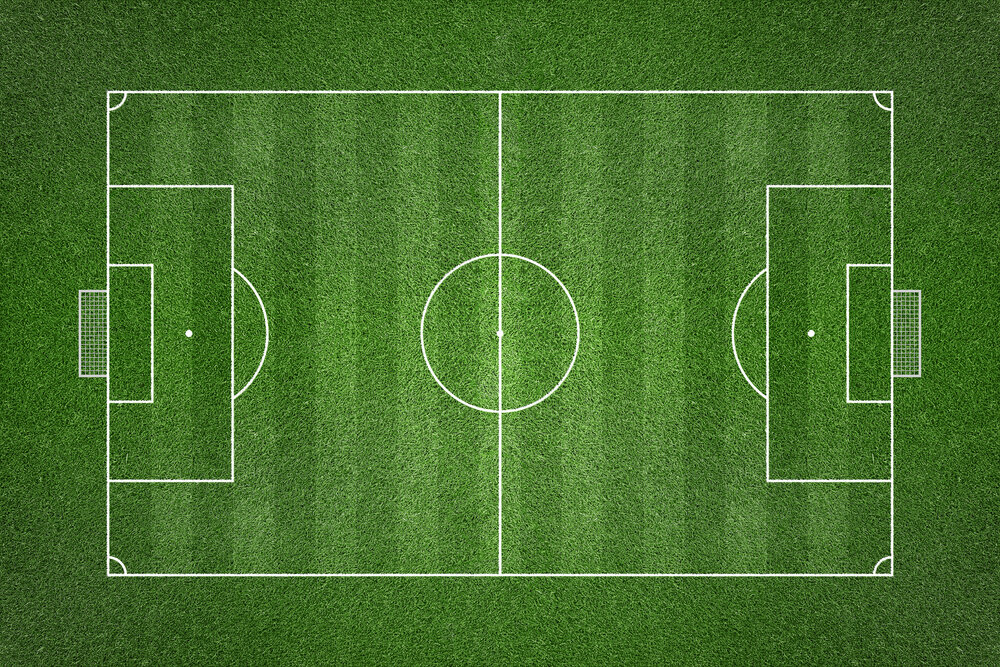 At the infield end of the penalty box, an ellipse is drawn. No player is allowed to enter the penalty area or this ellipse when a penalty kick is in progress until the ball has been struck.

Other significant pitch markings include the centre circle, which is 20 yards in diameter and in which all kick-offs are taken. There are also four corner markings on which the ball should be placed for corner kicks.

Each game of soccer should be controlled by a referee who has complete authority to enforce the laws and rules of the game.

The referee will make decisions to the best of his or her ability with relation to the rules of the game, and the “spirit of the game” is influenced by the referee who, at his or her discretion, can take appropriate action within the framework of soccer’s rules and regulations.

Decisions made by the referee are final and must be respected. The introduction of VAR (Video Assistant Referee) technology can, however, give the referee grounds to change decisions they previously made.

To assist the referee, there are also two assistant referees, often referred to as linesmen. 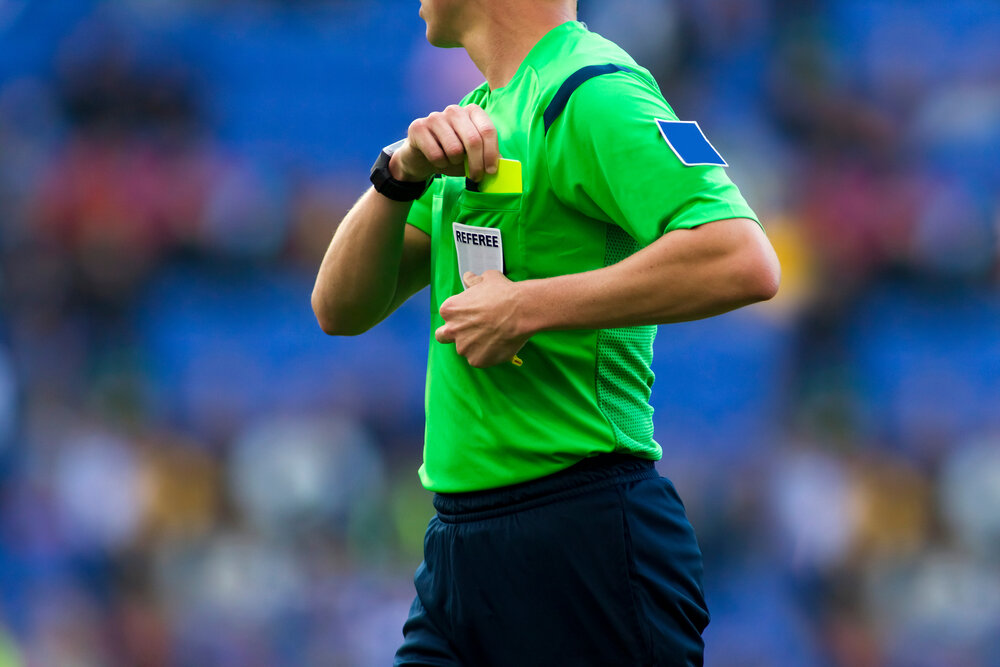 Football players are not permitted to use equipment or wear anything that could be dangerous. Therefore, items of jewellery, including things like bracelets, earrings, leather and rubber bands, necklaces and rings, must be removed. Only covering or plastering over the offending article is not permitted.

Before taking the field of play, players have to be inspected. The same rule applies to substitutes before they are allowed to enter the field of play. Should a player be deemed to be wearing anything the referee believes dangerous, he or she will instruct the player to remove the offending article.

Goalkeepers are permitted to wear tracksuit bottoms. If undershirts are worn, they should be of a single colour, and that colour should be the same as the main colour of the shirt.

It is permissible for players to wear head covers, but if worn, they should be either black or the same colour as the predominant colour of the shirt. Head coverings must not be attached to the shirt, must not pose any danger to either the player wearing the head covering or other players he or she may come into contact with and must be in keeping with the overall professional appearance of the player.

There have not been many major alterations to the rules of football throughout the 20th century. The ball remains in play all of the time it is within the confines of the pitch. Those confines have been stretched a little, with the “all of the ball must be over the line” rule now more enforced than it once was.

If the ball goes out of play along the long side of the pitch, a throw-in is awarded to the opponents of the team that last touched the ball. A two-handed throw is required to put the ball back into play, and the player throwing the ball should take it back over his head before propelling it forward. This is the only time that a player other than the goalkeeper is allowed to use their hands.

Handling the ball during play by any player other than the goalkeeper will result in a free-kick. If the handball took place in the penalty area, that free-kick becomes a penalty.

If the ball goes out of play on the goal end of the pitch, it results in either a corner or a goal-kick. A corner is awarded if the last player to touch the ball was on the defensive side. If the player who last touched the ball before it went out of play was on the attacking side, a goal-kick is awarded.

Probably the most significant rule change over the years is the offside rule. 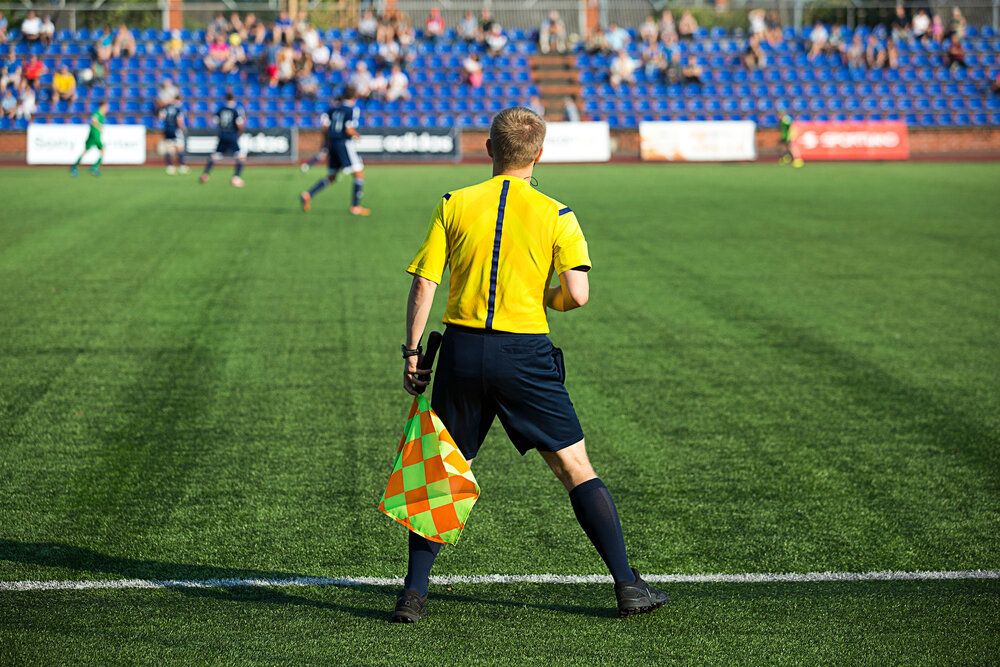 In the early years of football, the problem of goal-hanging became very apparent. Players would loiter around in front of the goal waiting for an opportunity to score.

So, as far back as 1863, the offside rule came into place. In those days, a player was considered to be in an offside position if there were not three players from the opposing team (including the opposing team’s goalkeeper) in front of him.

The rules were changed again in 1990. The change said that a player was considered to be onside if they were level with the second to last player (including the opposing goalkeeper).

Of course, as we all know, offsides are still a very contentious issue, so much so that Premier league games now have VAR (Video Assistant Referee) in place. But even that still leaves room for plenty of arguments. It’s highly likely that at some stage, FIFA will be forced to change the rules again.

No guide on how to play football and football rules would be complete without reference to foul play.

If a serious foul (including handball) occurs in the penalty area, then a penalty is awarded.

When any free kick is taken, players from the opposing side must be 10 yards away from the ball. 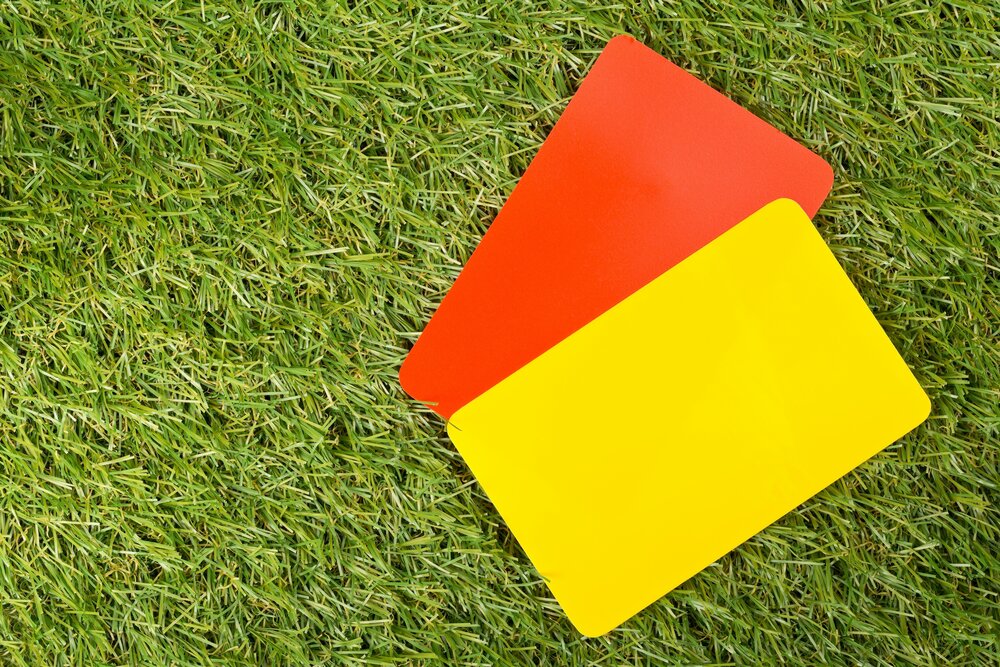 With international competitions becoming more popular, it became problematic for referees to explain themselves clearly because of the language barrier. Therefore, in the 1970 World Cup in Mexico, yellow and red cards were brandished for the first time.

If any player is shown two yellow cards in the same game, it equals a red card and results in that player having to leave the pitch. That player cannot be substituted, so the team loses a player.

The FA created and published some of what it termed “essential information for players” ahead of the start of the 2021/22 football season. It is as an all booklet in seven different languages. It can be downloaded from the thefa.com website. Topics include things like:

If you want to download the app, you’ll find it available at both Apple and Google Play stores via the following links

The languages in which the guide is available are Dutch, English, French, German, Italian, Portuguese, and Spanish.

There is also a Youth Guide available for players in FA Women’s Championship clubs, the FA Women’s Super League, the Football League, the National League and the Premier League. However, it is only available in booklet form and is printed only in English.

We hope you’ve enjoyed our little trip through the rules of soccer, how to play the game, and a few little bits of trivia thrown in and hope it will improve your understanding and enjoyment of the sport.