How to get scouted for football 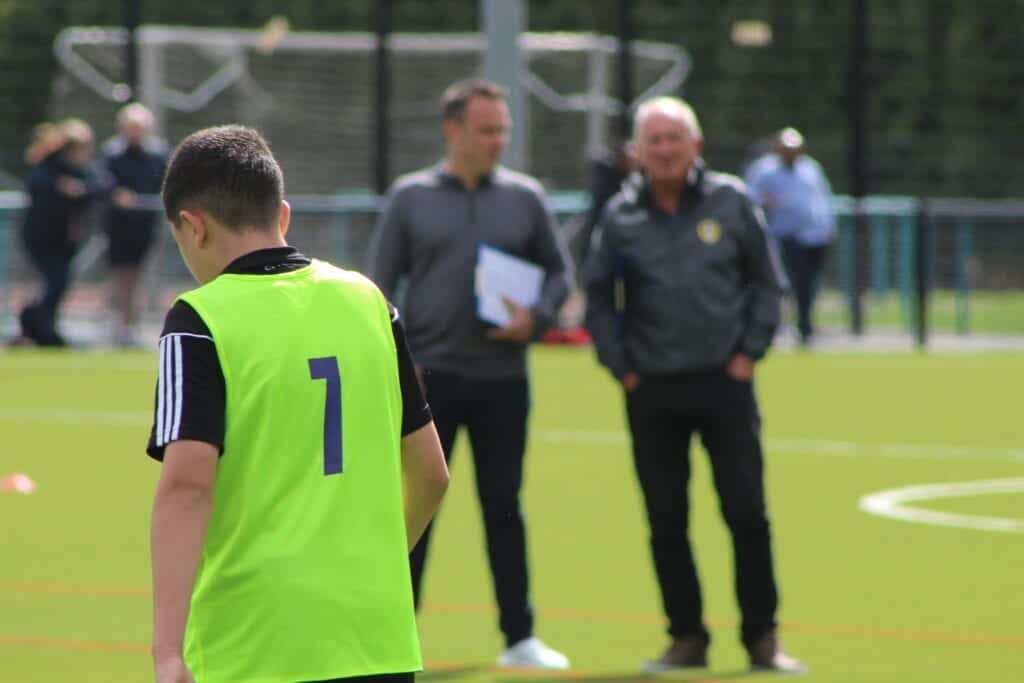 So, football’s your passion, you’re willing to put in the work and you want to make a career of it?

You will already know that a football scout could be your ticket to a full time career in the game you love.

But how can you get scouted in football?

This guide will give you everything you need to give you the best possible chance of success.

It’s a tough business, but there’s a few things you can do to make yourself stand out from the crowd.

Train hard and from a young age

Becoming a pro footballer doesn’t happen overnight, it takes graft. Most footballers are scouted before the age of 13 from county leagues, so you need to put in the work from a young age to make sure you stand a chance of succeeding.

If you’ve played football from a very young age, you’re probably already miles ahead of the competition, but the work doesn’t stop there.

You need to be attending regular football training, learning the fundamentals of the sport and the tactics and principles involved, and recognise your weaknesses and understand how to improve them to take your football career forward.

Only then will you have what it takes.

Get yourself in a Sunday football league

Football scouts regularly attend county games to find new talent from a young age, so you need to be on the pitch showing them what you can do.

Over time, providing you’re consistent in your approach and show talent, you may then be invited to trials for a professional club.

The Professional Football Scouts Association (PFSA) is a leading organisation representing thousands of football scouts across the world.

You can gain access to this network by attending one of our UK football trials, which take place throughout the country but most often at UCLan’s Sports Arena in Preston in central Lancashire, northern England.

During the PFSA’s trial days you’re guaranteed to play in front of football scouts with connections at some of the leading football clubs in:

Each trial is a full-day event that runs from 9am to 4pm, starting with all ages coaching before delving into trial matches in the afternoon.

PFSA Football Trials are £75 for the day. The days are led by Dean Whitehouse, PFSA’s Lead Coach who currently works for Manchester United Academy. He has overseen the development of some of the UK’s top footballers, including Danny Welbeck and Marcus Rashford.

Read how to prepare for your trial here.

What football scouts look for in new talent

There are some crucial characteristics football scouts look for when scouting new talent and you can increase the likelihood of getting spotted by showing your best self come trial day.

No football scout has time for tardiness, which means you should arrive early and make sure you’re ready for the day. That means making sure you’ve got the right gear and that you’re in good shape.

If you have a trial day coming up, prepare to ensure you have the energy to last day, even when playing at your best throughout.

Remember, scouts want to see a competent player with skill that has confidence but isn’t arrogant – be humble about your ability and, more importantly, be yourself.

In-line with ‘being yourself’, don’t show yourself up on the day.

Make sure you play as you normally would and fill the gaps where you’re needing during play rather than focusing on where you’ll get the most visibility. After all, it’s the impact you have on the overall game that will make the difference, not the odd trick.

Most importantly, make sure you do the simple things well – don’t try all the tricks in the book if you can’t pull them off to an exceptional standard.

Specialists are all well and good when you get into the profession, but football scouts want young minds they can mould and make better.

It’s crucial that you show versatility when playing, which means defending at back when it’s necessary and attacking from the front when you get the opportunity.

Taking advantage of opportunities while on the pitch that show that you’re a tactical and strategic thinker, rather than just someone that can kick a ball straight, will go a long way.

Be 'in it' with your team

If there’s one thing a football scout hates, it’s a selfish player that’s obviously out to snatch the limelight from other players.

Football is a team sport, which is why it’s essential you show prospective scouts that you’re a team player.

You should give your fellow team members encouragement throughout the match. You should also be ‘in it’ when it comes to training – having the whole team present during training gives everyone a boost, so don’t let your team down.

Football isn’t all about what’s happening when you have contact with the ball, but also about how you communicate your intentions to your fellow team members while on the pitch.

You should be vocal, clear and never aggressive. If you’re a sore loser and shout at your competitors when the ball is tackled from you, you won’t get the right attention from scouts; they may write you off entirely.

You need to show that you understand the principles of football and what tactics your team is using and why.

That means taking time to read and practice so that you can strategize with your team effectively and perform at your best on the pitch.

After all, a considerable part of football is about understanding your fellow players and teams and using their weaknesses to your advantage.

At half time, speak to your coach and fellow team members to get advice and feedback, and take it on board.

Football scouts look for players that are not only talented but can be moulded and made better, so a player that’s happy to take feedback onboard and improve is desirable.

If you’d like a career as a professional footballer, put the work in, don’t be selfish and show potential scouts that you’re a team player. That way, you’re in with a good chance of succeeding.