How to Clean Football Boots 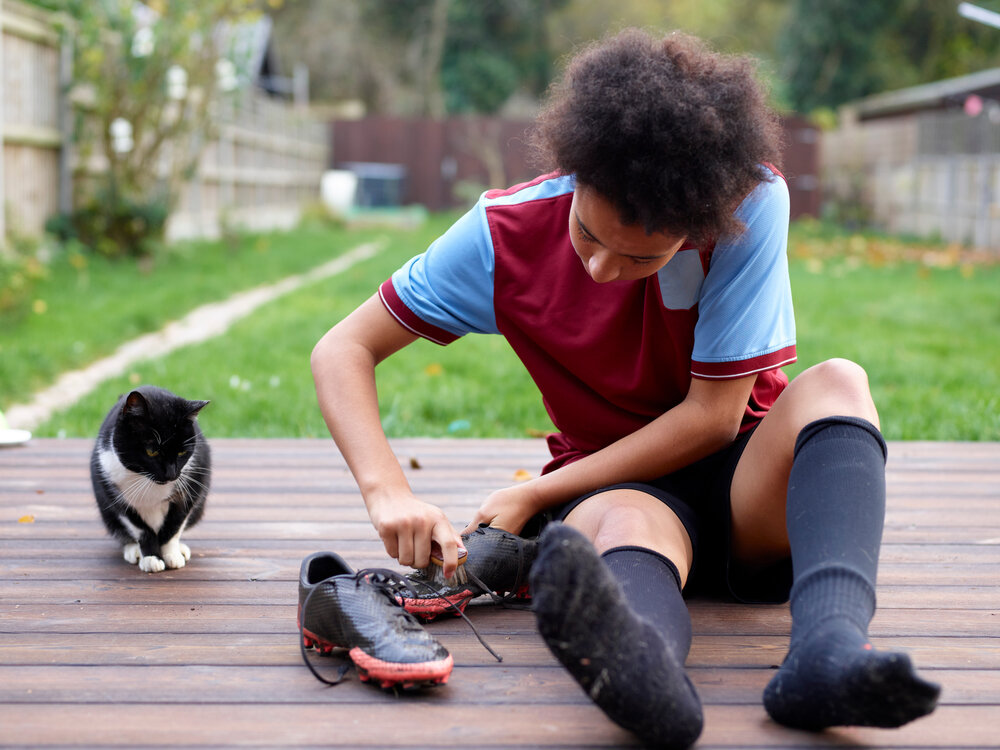 Knowing how to clean your football boots properly will prolong their life. It will also make them much more comfortable to play in. There is also the fact that donning a good pair of nicely cleaned, shiny football boots in the dressing room, can also improve your image, your sense of confidence and your feeling of well-being.

Any keen sportsperson knows the value of looking after their sports equipment properly and cleaning your football boots is a task you should take on yourself. The earlier you start, the better. So, mums and dads, don’t do it for your kids. Make them do it and take pride in what they’re doing.

Fit for a King – To Wear but not to Clean

Mind you – we don’t suppose that the owner of the first pair of football boots commissioned ever cleaned his own. He was King Henry VIII, and he would have tasked someone else with the chore – one of his footmen, perhaps?

King Henry was one of the many English monarchs who actually banned the playing of football in public between 1314 and 1667. However, he did enjoy playing in private, and apparently, he commissioned the Royal Cordwainer, Cornelius Johnson, to make him a pair of football boots for the sum of four shillings.

King Henry’s football boots haven’t survived the centuries, but it is thought they were heavier than the ordinary shoes of the time.

Football Boots Recognised by the Football in 1863

Fast forward to the 1860s. When the FA was created in 1863, it came up with a list of 13 rules. The thirteenth was that no players were allowed to wear projecting nails (the forerunner of studs?), nor must their boots have iron plates or a material known as “gutta percha” on the heels or soles.

Fast forward again to the 1920s. Two brothers – Adolf and Rudolph Dassler – set up a shoe manufacturing company named Gebrüder Dassler Schuhfabrik – which translates as “the Dassler Brothers’ Shoe Factory.” One of their claims to fame was that they made shoes for four-time gold medallist at the 1936 Olympic Games in Berlin – Jesse Owens.

The brothers split in 1940, each going their own separate way. Adolf started Adidas, and Rudolph started Puma – two of the biggest football boot makers still plying their trade today. 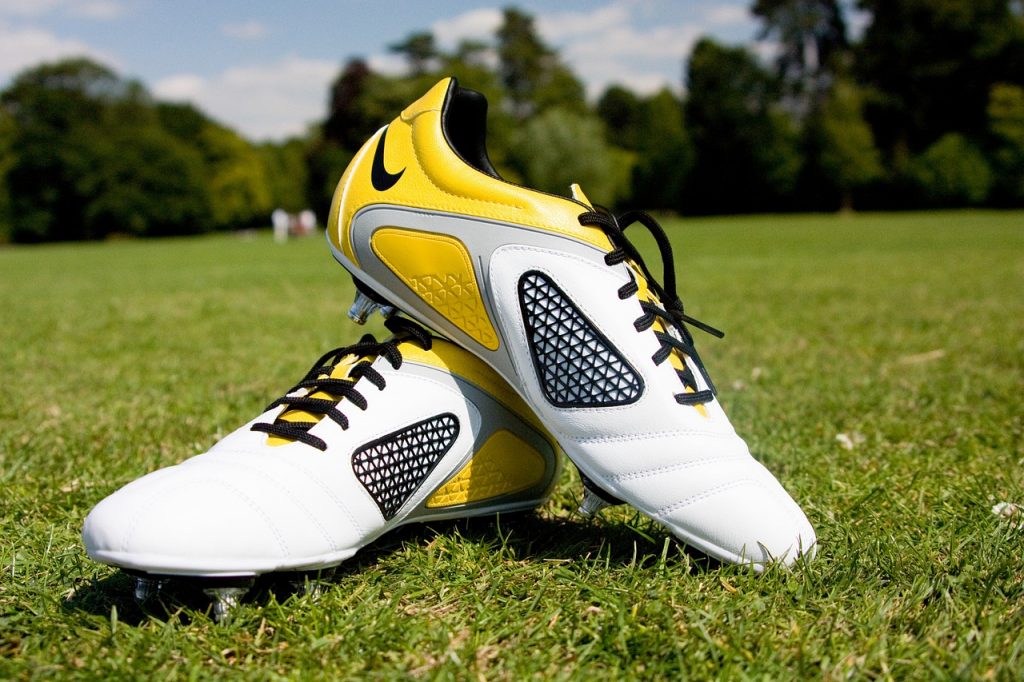 The Impact of Studs

In 1954, Germany beat Hungary in the World Cup Final, and it was the Adidas screw-in studs that were partly applauded for the victory. Studs have developed over the decades, with wide-bladed studs being the current version.

At the top end of the professional market, today’s football boots even have microchips and tracking devices built into them to help players improve their playing style and tactics.

There is an ongoing debate about which football boots are better – those made from leather or those made with synthetics. Football boots with leather uppers arguably provide more support, but they also tend to be heavier than their synthetic cousins, and preference is still a very personal thing. The construction of leather boots has been modified over recent years to copy some of the advantages that synthetic boots manufacture has brought into play.

The latest addition to football boot construction is the knit football boot, pioneered by Adidas in 2014 with their Samba Primeknit boot.

Please click here for a quick peek at what some of the world’s best soccer players are wearing, courtesy of the footballbootsdb.com website.

Now let’s turn our attention to the cleaning of football boots. Both leather and synthetic constructions are taken into account.

Here is a list of the bits and pieces you will need:

The first thing to do before you start cleaning is remove the boot laces. Once you remove the laces, transfer them into a bowl of warm water mixed with a small amount of mild soap. You can allow them to soak while you work your way through the process of cleaning your boots. Alternatively, you can wash your laces in the washing machine with the rest of your clothes.

This next step is best done outside. Bang the soles of the football boots together to dislodge any large chunks of dirt.

After any excess mud has been removed, make up another mixture of warm water and mild soap and into it dip the old toothbrush. Next, gently but firmly work off any ingrained dirt using the toothbrush. 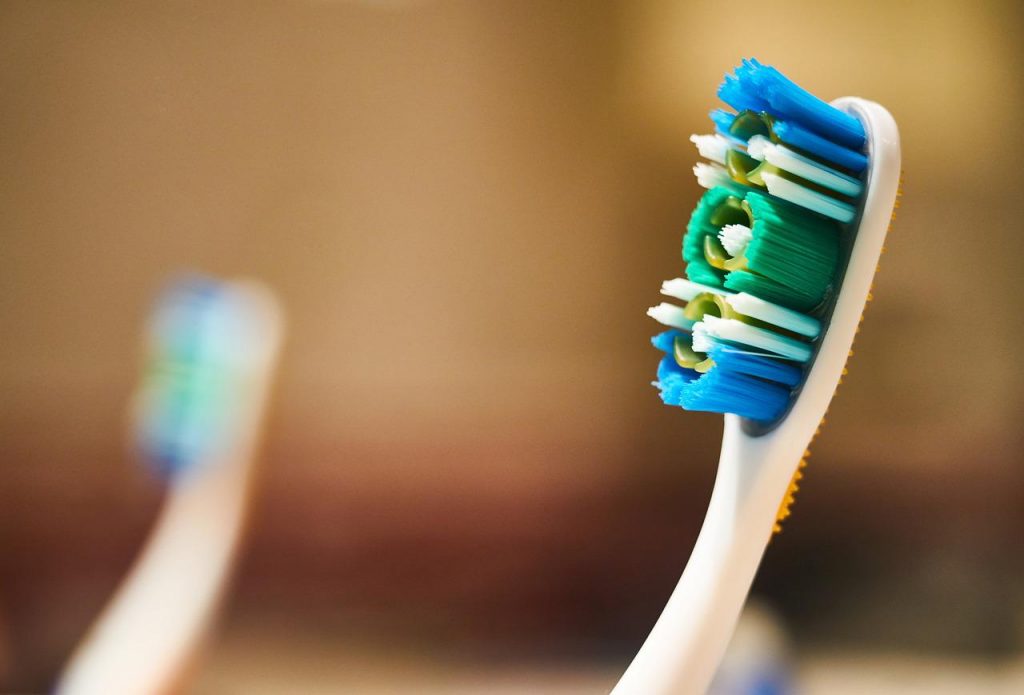 The reason we suggest using an old toothbrush is that it works brilliantly for cleaning around the studs and removing dirt from any grooves. If your boots have metal studs, these should be removed and cleaned separately.

Wipe the boots clean using the microfibre cloth. By rubbing well, you should be able to remove any leftover scuffs.

Once all the dirt and any scuffs have been removed, use the newspaper to stuff the boots and set them aside to dry. It’s important to allow them to dry naturally. If your boots are very wet, you may need to replace the newspaper after a short while.

You can now also remove the laces from the water and also set them aside to dry naturally.

When cleaning leather football boots, once they are dry, it’s a good idea to work in a generous layer of shoe polish. You can use either black or natural, depending on the colour of your boot uppers. After working the polish in, leave for 24 hours to nourish and feed the leather.

You can then bring up the final shine by buffing with a clean, soft duster.

It’s also a good idea to avoid using soap as the chemicals in it could wear down any of the upper’s coating and colour.

If you notice any loose threads on the knitted section, it’s best to leave them. If you cut them off, it can accelerate the fraying process and might even result in your boots tearing.

A few words of warning

Never use a stiff wire brush on your football boots, as this can damage the surface of the material and never use bleach.

Finally, don’t put your football boots into the washing machine unless the manufacturer’s instructions say it is safe to do so.