Harrison continues to thrive under Bielsa at Leeds United 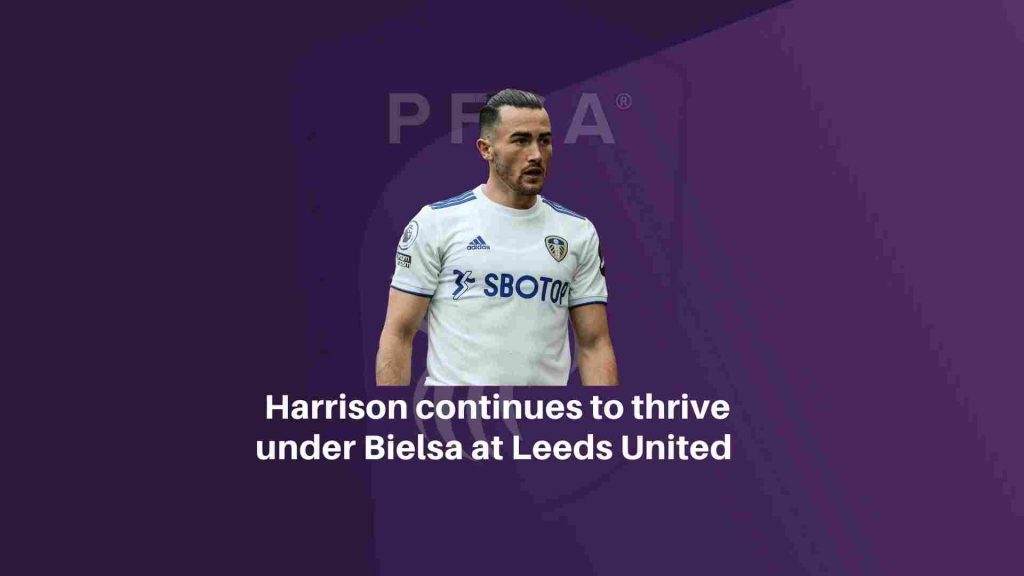 Reliable, consistent and durable, Jack Harrison’s third season on loan at Leeds United has been his most impressive yet.

Having little worry adjusting his game from the Championship to the Premier League, the 24-year-old’s been one of the Whites’ star performers over his 34 appearances. Scoring eight goals and supplying eight assists in league action has punctuated what an integral player he is for Marcelo Bielsa’s expertly coached team.

Bettering his scoring rate from his two campaigns in the Championship, in combination with improving his final product, serves as a testament to his development and attitude to keep working hard.

Always a driving force with his relentless energy, physicality and athleticism, the Manchester City loanee has proven what a challenge he is for any defender to deal with.

So in tune with Bielsa’s system and what his manager demands of him, his movement to create promising situations for himself and his teammates is a key cornerstone behind his success.

Typically deployed on the left flank, his runs in behind and down the channels have been excellent, where he times when to go as soon as the space arises, plus when a defender is flat footed, ball watching or handling another marking assignment. Often exploiting the blindside to use his dynamic advantage over his ball facing opponents, the speedy winger can then breeze by foes to get into fine positions inside the box or to latch onto through balls. 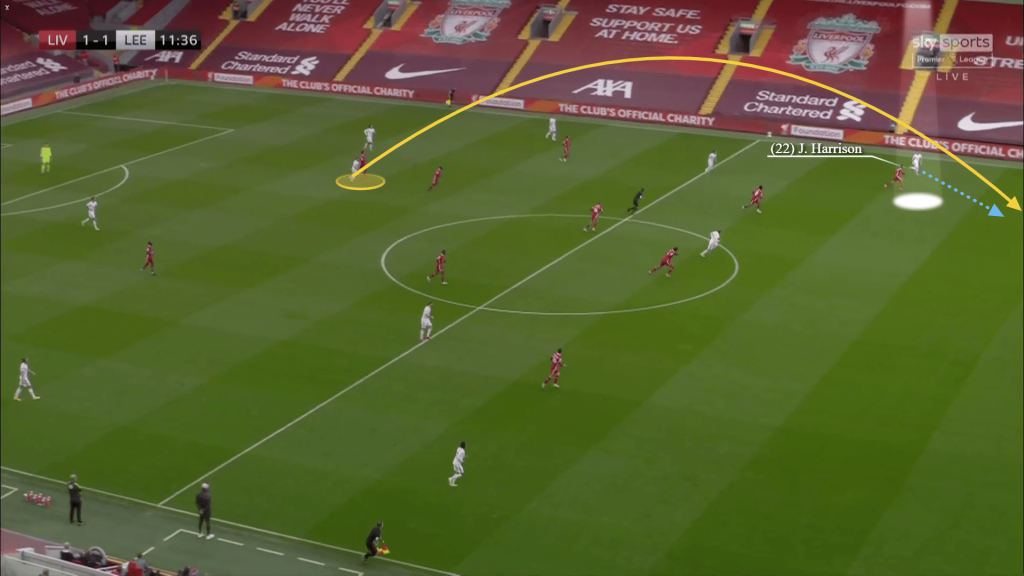 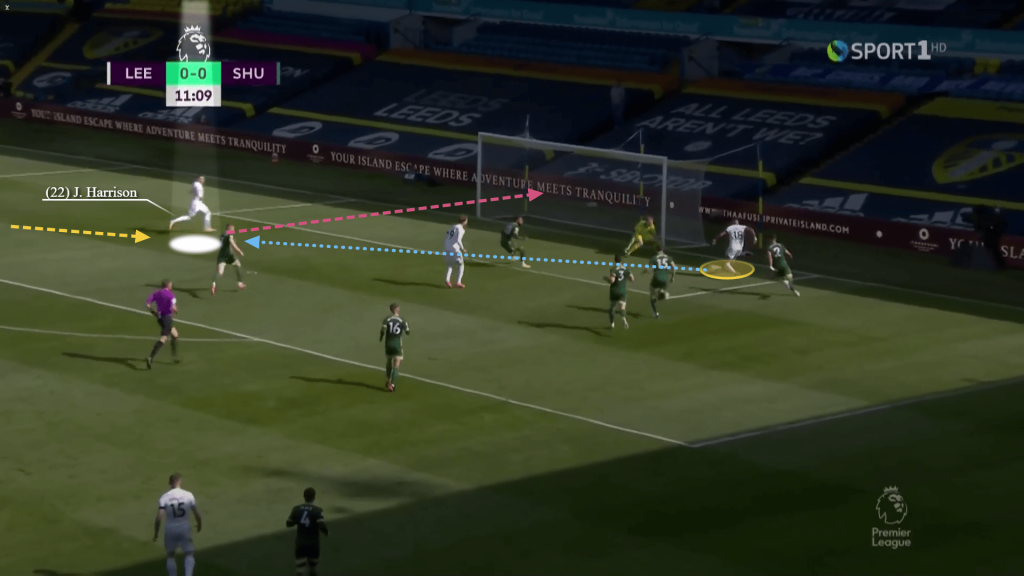 Mixing up his movement, on top of embarking on depth runs, he can also drop deep to link play or strategically draw markers to generate space for others. Frequently drifting infield as well, this not only gives him a better starting zone for his runs, but also affords his fullback room to overlap out wide.

When hugging the touchline, Harrison’s been a great option for switches of play so he can receive in ideal 1v1 scenarios, allowing him to use his individual qualities to get at his foes.

Just prior to moving, it’s been notable how well he gains separation by pushing off his man, using double movements to unbalance them or zig zagging around them.

Performing rotations smoothly, this aspect of his game has been a huge highlight, with him right in tune with his teammates and manager’s demands. Be it switching with his nearby fullback, a midfielder, the centre forward or with the winger from the opposite flank, Harrison and co have done so superbly.

As a result of these coherent interchanges, opponents are placed in difficult situations, leaving them unsure whether to follow their man or switch a marking assignment, with their uncertainty often leaving gaps that Leeds can expose.

Switching the focus to his work with the ball, and the Englishman’s done some brilliant work here. His immensely improved passing is a great place to begin. An excellent crosser, who can whip in a range of deliveries to oblige runners in the box, this has been a quality source of chance creation for Leeds.

Capable on either foot, he’s shown his aptitude here by hitting driven, lofted, chipped, ground and curling crosses at varying trajectories. Accurate and precise, it’s been good to see his teammates finish off many of his polished balls into the area. 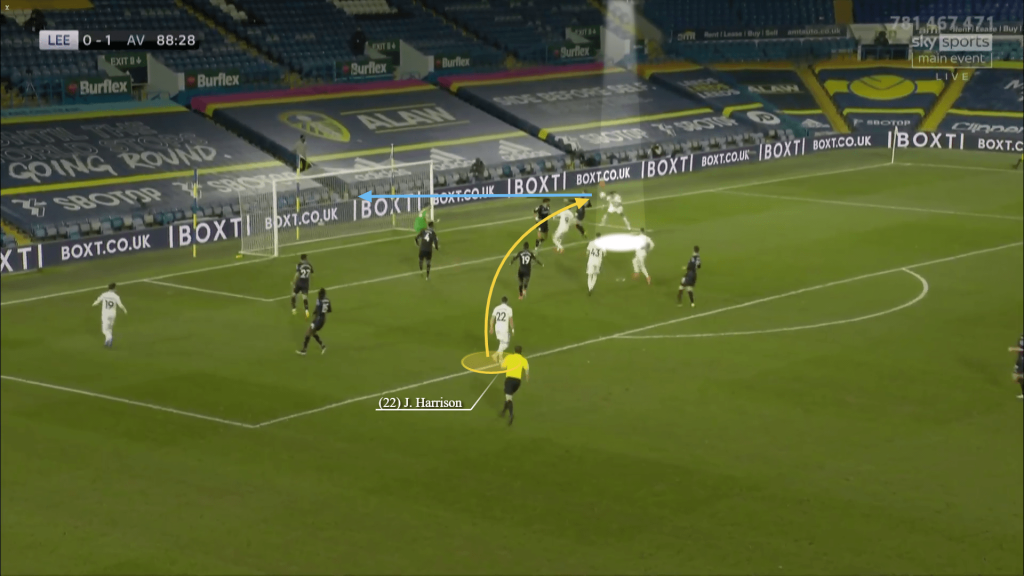 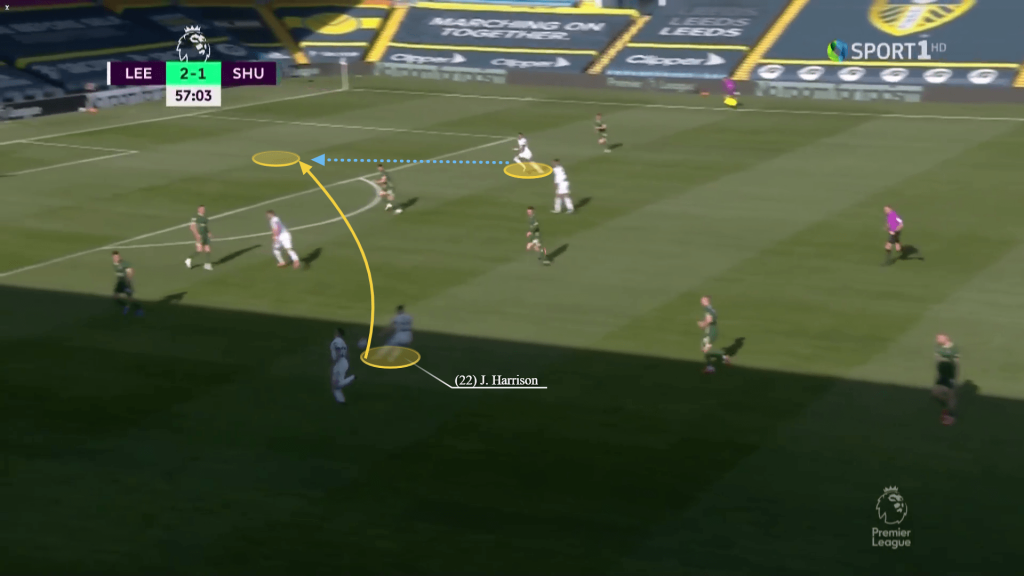 He’s been handy at combining in tight zones, hitting through balls (on the ground and in the air), switching play and breaking the lines, which has duly enhanced his threat. 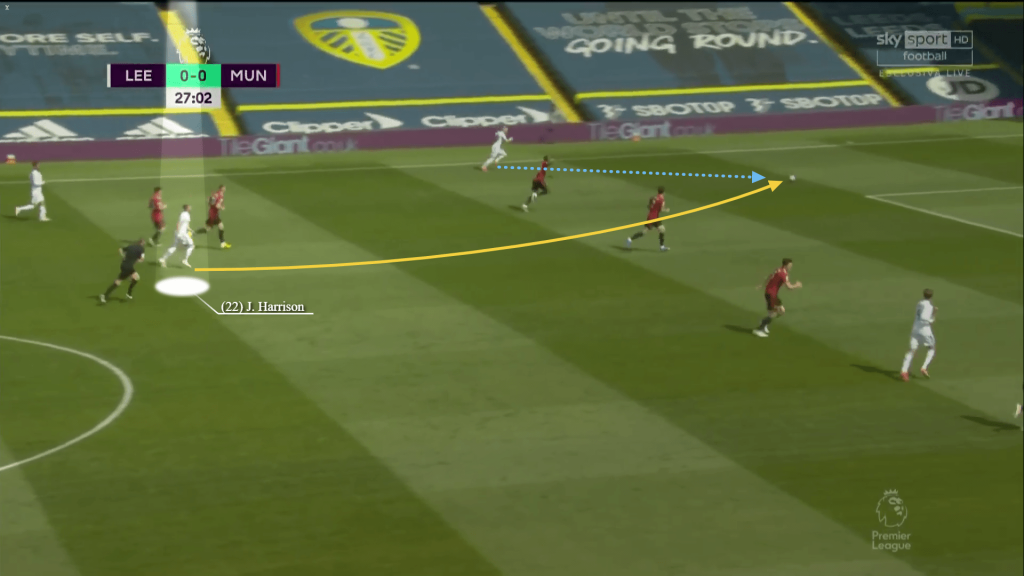 Once he’s on the dribble, the powerful winger’s a real handful to contain, with his alterations in pace and direction, stepovers, sharp shoulder drops and nifty control to beat players by shifting the ball rapidly adding to his danger.

His comfort on the ball has been underlined by how well he can weave his way out of danger and resist pressure while provoking multiple pressers, where his composure, control and strength have stood out.

So direct to motor up the pitch with speed when the chance arises, he’s a big weapon in counter-attacks scenarios too, where he smartly targets space behind onrushing fullbacks to heap pressure on strained backlines.

Proving in the past he’s got a keen eye for goal, he’s continued this trend into this campaign. Not afraid to launch a shot from range, he supplements this with some measured finishes by using either power, finesse or placement depending on the situation. Seeing as so much of Leeds’ goalscoring burden falls on Patrick Bamford, Harrison’s eight goals have been vital to take some of the onus off his countryman. 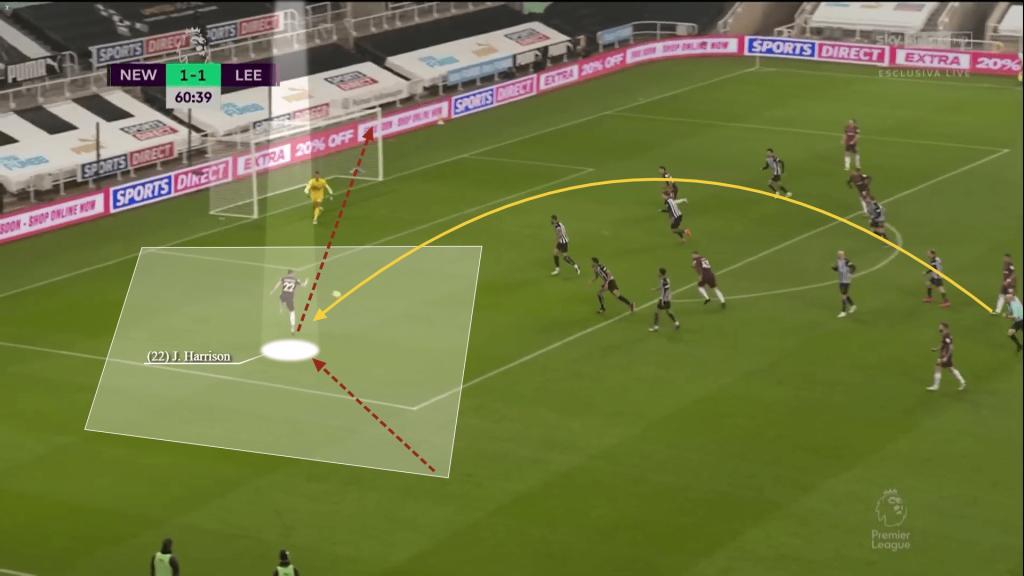 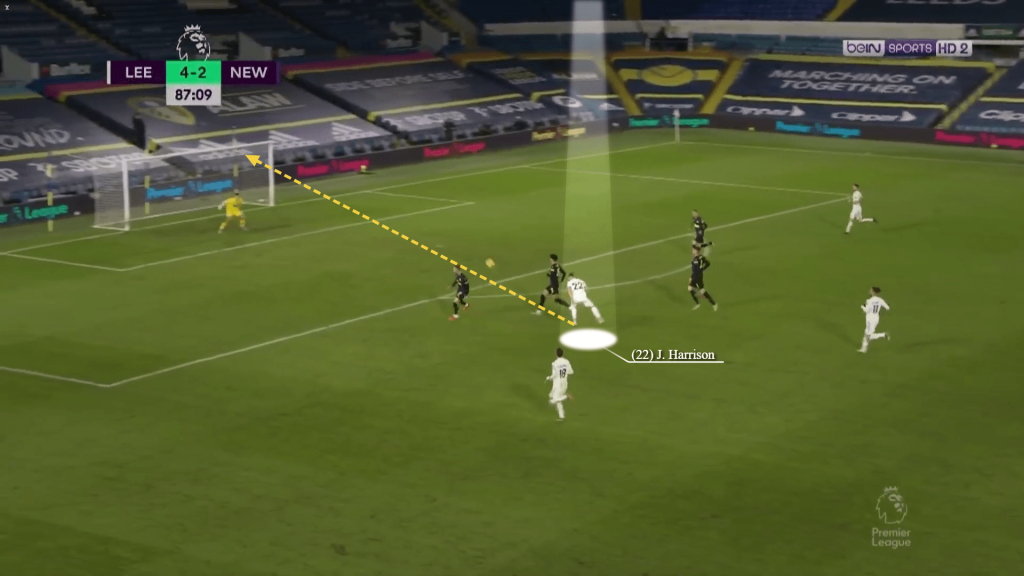 Absolutely relentless in his harrying and always putting in a massive shift without the ball, Harrison’s a key tone setter for his teammates to follow. Timing and angling his pressure to shut off lanes and limit options for his targets, his aggressive pressing has ensured his team can win back possession high close to goal.

Receiving praise from not just his manager, but also from former stars such as Rio Ferdinand and Glenn Hoddle, it’s been positive to see him being recognised for his fine form.

Relishing working with the masterful Bielsa and honing his craft everyday, he’s in the perfect environment to keep up his remarkable upward trajectory, where he’s gone from strength to strength in every campaign with Leeds.