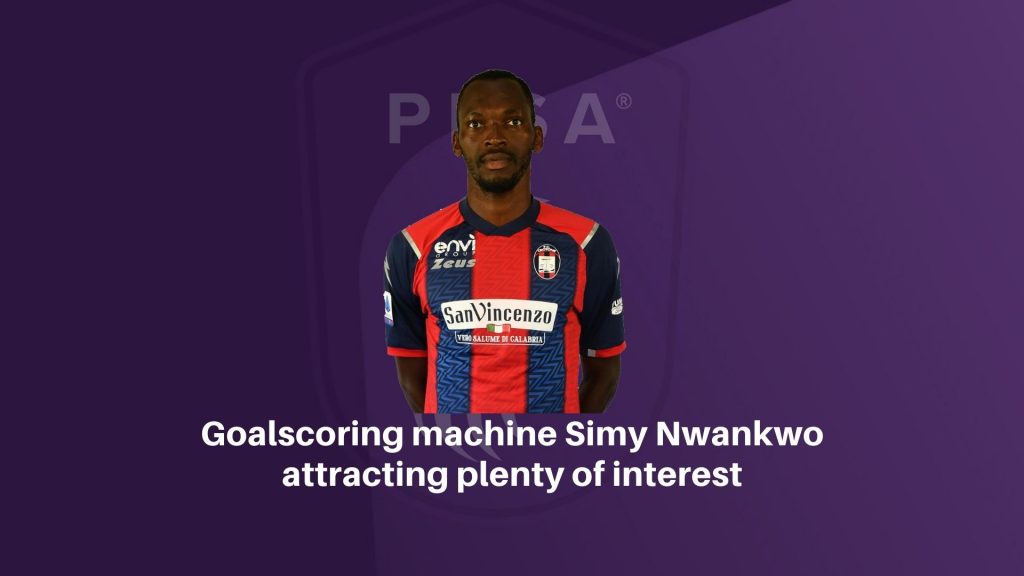 Despite Crotone suffering relegation from Serie A, Simy Nwankwo was unquestionably one of the shining lights in their season of disappointment.

Scoring a tremendous 20 goals for the struggling minnows was a feat that was nothing short of spectacular by the Nigerian striker. Ending the season level in the scoring charts with Italian star Ciro Immobile in fifth, the fact only Cristiano Ronaldo, Romelu Lukaku, Luis Muriel and Dusan Vlahovic scored more than him serves as a testament to his quality.

As a result, many clubs have stood up and taken notice, with the likes of Brighton and Hove Albion, Lazio, Fiorentina, Sampdoria, Genoa and a host of unnamed Bundesliga teams reportedly keen on snapping him up.

Standing an imposing 1.98cm, Simy’s an extremely awkward man to match up against due to his size, athleticism and technique.

A fine finisher who shows great composure and awareness when in good positions to score, he’s proven what a force he is in this regard. Instinctive and clinical, the 29-year-old impressively scores his goals in a wide array of styles, which duly enhances his threat.

Due to his height, ability to pick up the ball’s trajectory and leap, he’s a massive threat in the air from open play, corners and set pieces all over. Timing his jumps and remaining concentrated, he typically makes top contact with his headers, whether they’re powered, glanced, flicked or nodded downwards.

In addition, when placed with 1v1s with the keeper, it’s been admirable how he can beat them by opening his body to place his finishes, outfox them with dinks or chips, by going around them on the dribble before tapping the ball in or with first time finishes where time is at a premium. Remaining balanced and cool under pressure, this helps him take ideal decisions to get his shot selection spot on to deal with the situation. Quick on his reactions to rebounds and second balls, plus showing smart positioning to be in the right place at the right time, his poaching prowess has been on show constantly. 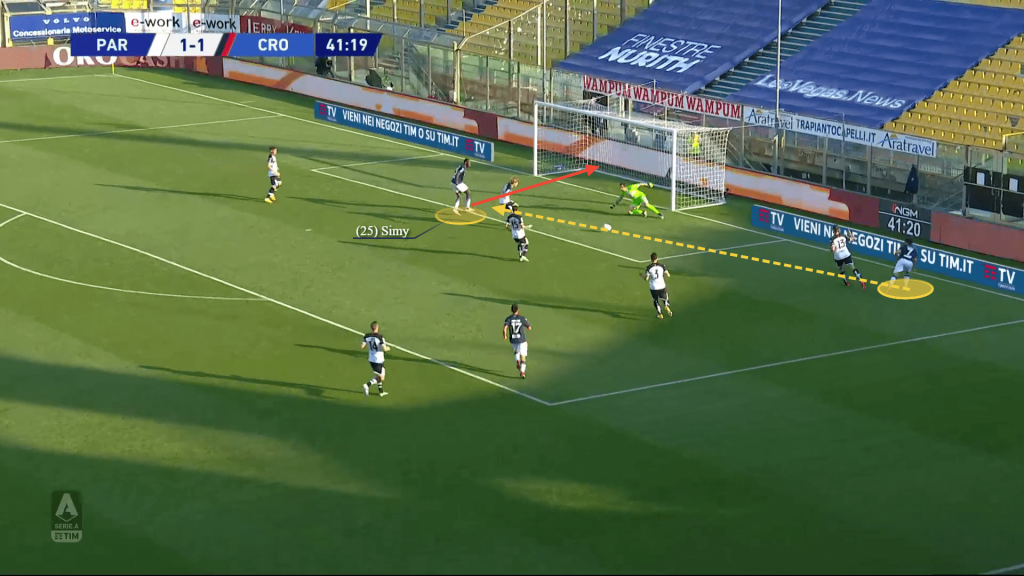 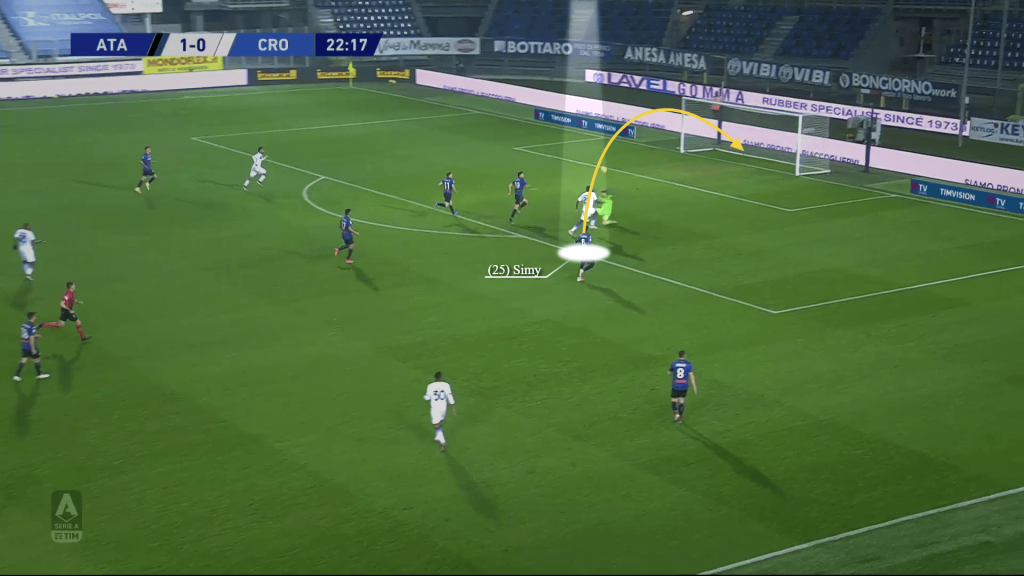 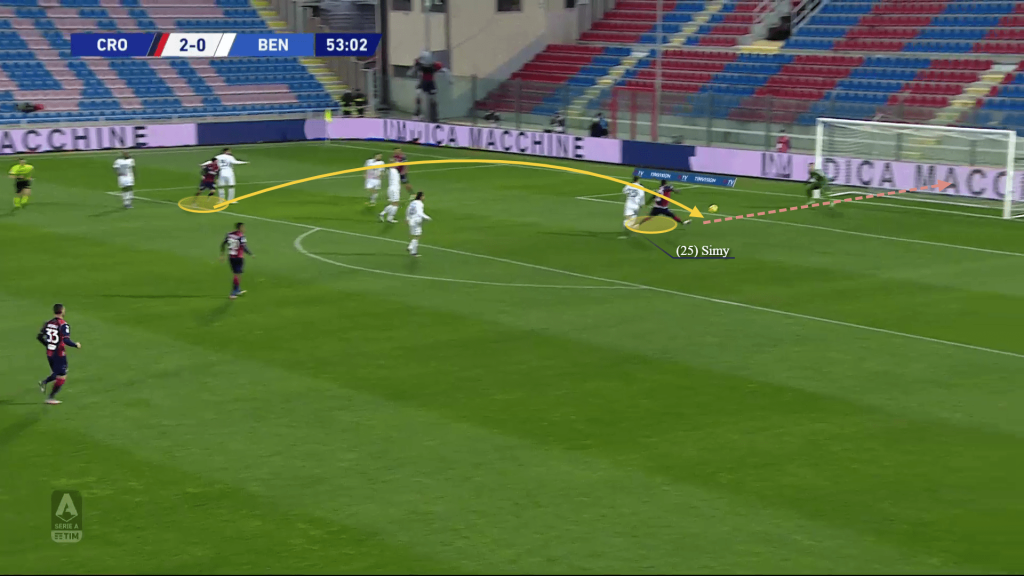 Although he usually applies his finishes with placement and nous over power, it’s been notable that he can still strike the odd long range bullet to compound issues for his foes. 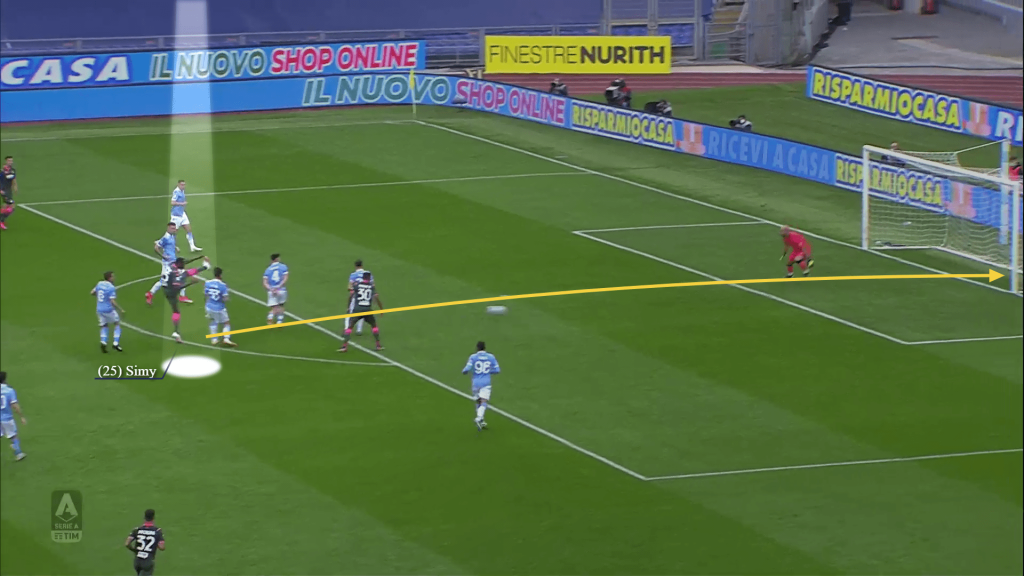 Simy’s penalty-taking ability is another string to his bow, as he’s very effective from the spot with his distinctive stutter step and jump method disrupting keepers to put them off.

Simy’s dribbling and passing are other areas he contributes with the ball at his feet. To start with his distribution, and the crafty forward impacts things most when dropping deep with his back to goal to link play with crisp one touch passes, flicks and lay offs.

Moreover, when the opportunity arises to spread the play, hit some penetrative through balls down the channels and in behind, he can do so admirably. Persistently making good decisions with his passing, this owes much to his vision, alertness of his surroundings and good first touch. 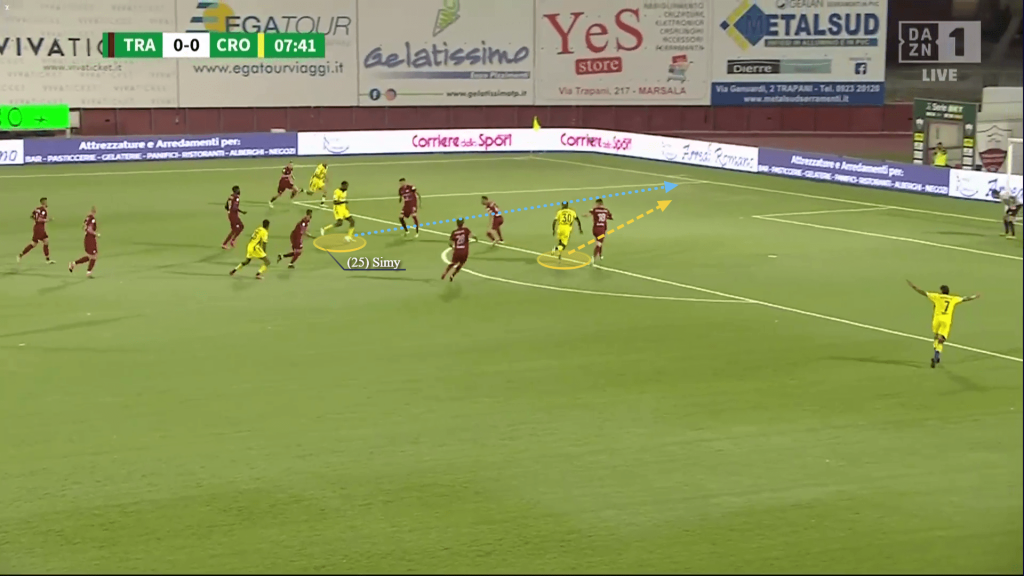 Using this platform, he performs well with the ball at his feet, for he’s able to dribble away from danger with his unpredictable, hard to read style. Excelling at keeping trackers at bay using his long arms and legs, this means he can spin his foes while enjoying separation to wriggle free from pressure.

Unorthodox yet successful, the way he destabilises backlines with some sharp skills, including roulette turns, stepovers, shoulder drops, drag backs and fast changes of direction, adds to his worth.

Intelligent and economical with his movement, once he picks his moments to go, he does so with conviction. Picking when to drop deep between the lines, hit the channels when the opposition fullback steps out or burst in behind centrally, he pounces smartly. 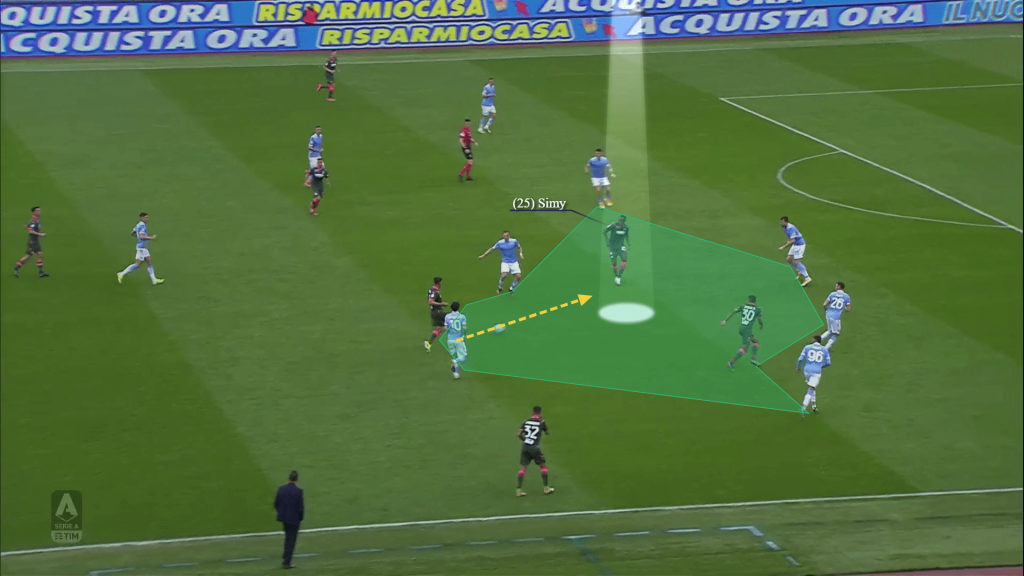 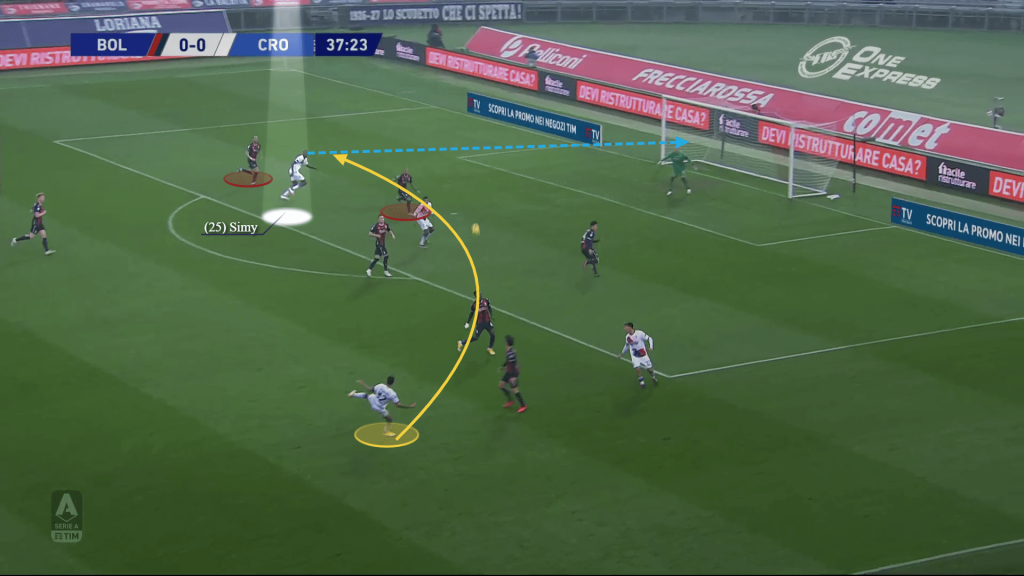 Noticing when there are gaps between defenders, if they’re attention is taken away or when a blindside run can be made, his depth movement is a highlight. He transfers many of the above principles when venturing into the box, as he knows when to target the front post, back post, middle of the box or peels backwards as the defence collapses.

Indeed, his aptitude here is crucial towards him being suitably positioned to regularly find the back of the net.

Considering he racked up such an eye-catching goal tally playing for a struggling team, who were often on the back foot in matches, makes his achievements even more striking. With this in mind, switching to a team that will provide him with more chances and be more competitive should see him continue to thrive.

Although he’s extremely grateful for everything Crotone has done for him and clearly loves the club, he appears destined to leave for England, Italy or Germany this summer.

Experienced and emphatically proving what an astute finisher he is at Crotone, he’d be an intelligent buy for many teams, for he’d be an asset both starting matches or coming off the bench.