Gifted Eddie Nketiah a man in demand this January 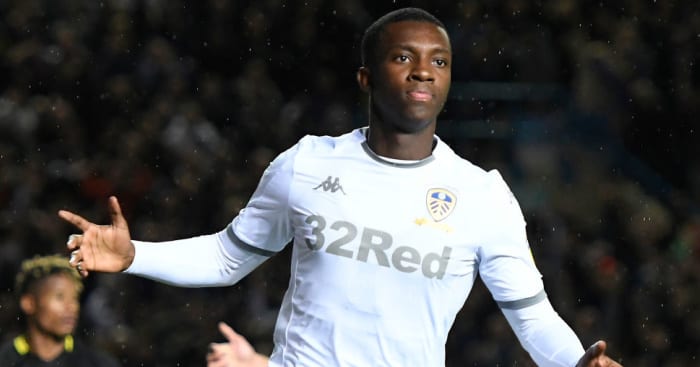 With the news recently breaking that Arsenal are keen to recall Eddie Nketiah from his loan from Leeds United, despite him catching the eye working under the tutelage of Marcelo Bielsa, many clubs are now expressing an interest in snapping him up.

Seeing as the Gunners have ideas of making Nketiah part of their first team plans for next season, they apparently want more minutes for him so he’ll be ready to hit the ground running. Having made three starts and come on as a substitute 15 times, Arsenal’s point of view is understandable, for they would’ve hoped he’d played more than 618 minutes

On the other side of the coin, there’s also the argument that allowing Nketiah, who’s scored five goals during his time at Elland Road, to work with tactical mastermind, Bielsa, will do wonders for his development, thus meaning Leeds is a perfect environment to continue his development. But with the decision to recall him made, they will need to choose his next destination very carefully indeed, for they’ll need to ensure he gets the desired minutes, which could be easier said than done, especially if he goes through a rough patch of form.

Whatever happens, though, the team who secure his services will be getting a supremely talented player, and one that will add another dimension to their offensive framework due to his explosive, exciting set of attributes.

His crafty movement is a great place to start, for he uses his speed, intelligence and all-round athleticism to unhinge and unbalance opposition backlines. Very efficient at gaining separation from his marker by being on the move before bursting in behind, targeting gaps between defenders so he can’t be impeded and by using neat double movements and zig zags to gain an edge, these are all highlights of his work in this regard. 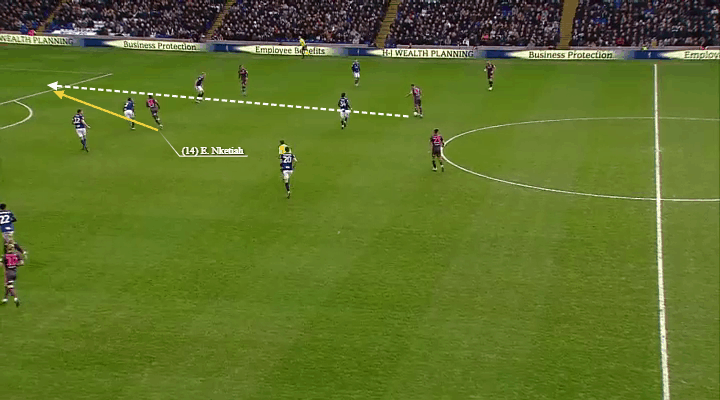 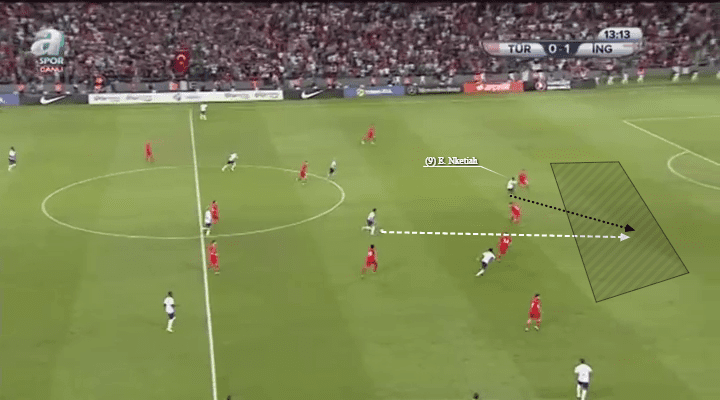 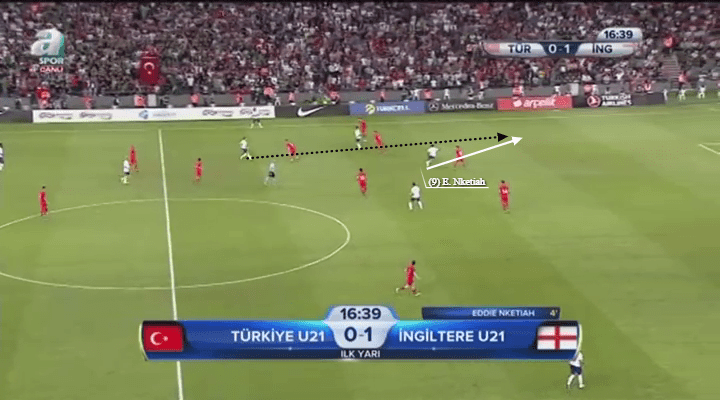 Keen to read when the ball holder is well placed to find him, he times his runs shrewdly for the most part, so he can angle and direct his runs, meaning he can enhance his chances of latching onto passes.

A key factor attached to his movement comes from how he recognises when to pin and draw his marker away from usable space so a teammate can enjoy time and room to receive in. His colleagues will regularly return the favour too, as Nketiah’s illustrated good awareness to take advantage of such situations to expose opponents. 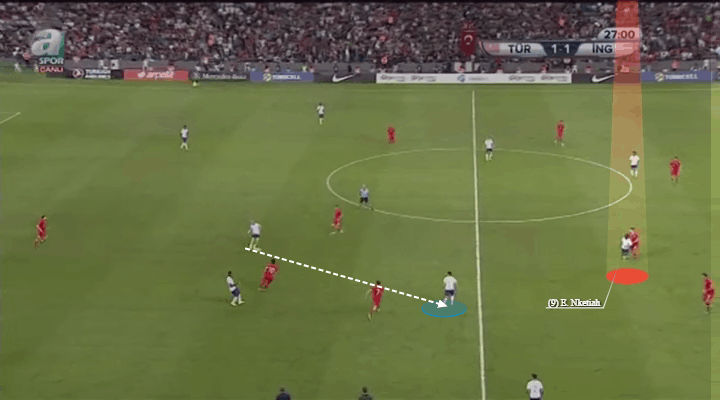 Meanwhile, in cases when he’s attacking the box, there’s been many examples where he’s read proceedings adeptly to tailor his runs. Be it holding his runs at the edge of the box in preparation for cutbacks, making nifty blindside runs at the back post or marauding towards the six-yard box, he’s been a major threat. 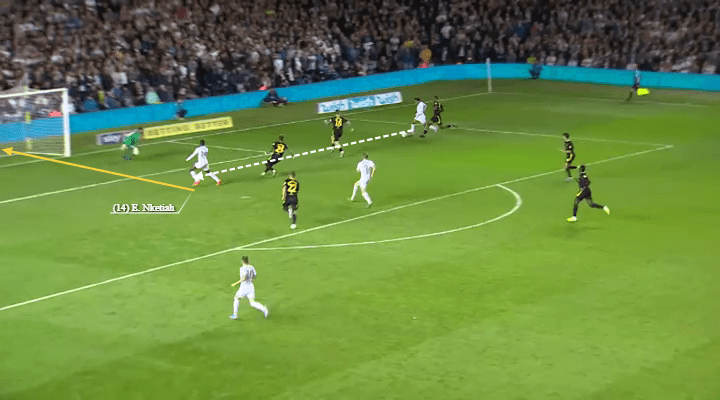 Persistently stretching and posing questions of his opposition, Nketiah’s dynamism and effectiveness make sure his movement forms a fine platform for him to wreak havoc.

Although his positional sense and movement are arguably the standout aspects of his game, when it comes to his work with the ball at his feet, there’s still been much to admire. A willing dribbler, who loves getting on the ball and driving at his foes, the well balanced attacker is very capable in 1v1s. Able to beat foes using his wicked turn of speed, sharp changes of direction, shoulder drops, feints and stepovers, his liveliness, combined with his unpredictability, makes him a challenging man to combat.

Not one who’s been hugely involved in linking play at Leeds, as his 16.06 attempted passes per 90 attests to, it’s been promising to see him continue to grow with his combination play and overall distribution, as he’s clearly getting better with his back to goal even if he still needs work here.

Switching the focus to his finishing, and the Englishman’s shown plenty of class in his efforts here. Able to find the back of the net with both feet, when 1v1 with the keeper, using his underrated aerial ability and with instinctive one touch finishes, it’s been encouraging to see him shine in and around goals. 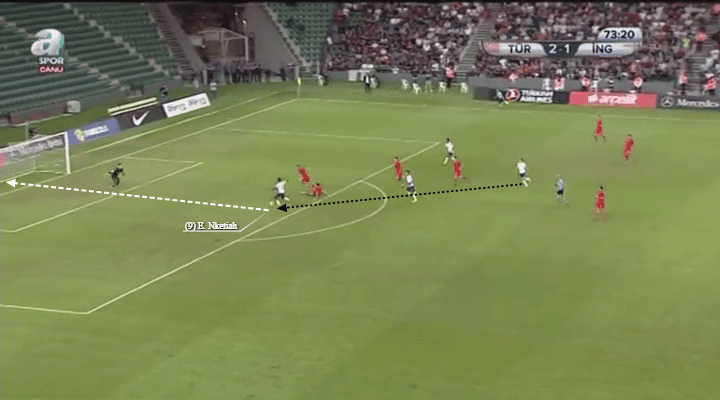 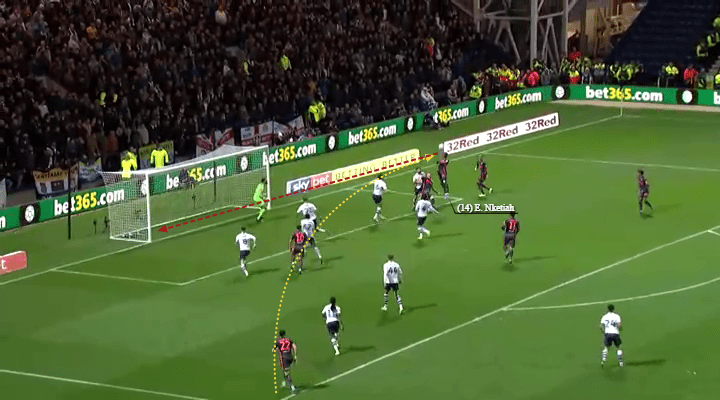 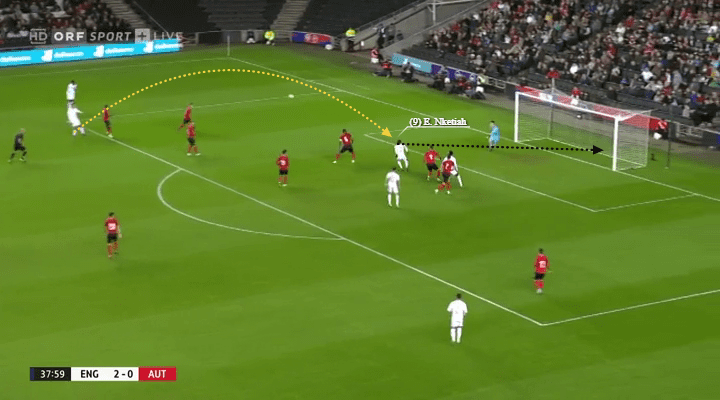 While there’s still huge scope for improvement for the youngster, it’s nonetheless impressive to see how good he already is at such a young age. Bielsa was clearly unhappy about losing the young star, with his comments stating this, as he said: “We know he is not going to continue with us. It is a pity for us, perhaps he and Arsenal did not expect what we offered them.

“We have gratitude with him for the time he spent for us. He is a great player, a great professional and an educated person. I want to congratulate Eddie, Arsenal and his family.”

With Bristol City the frontrunners to land Nketiah, tracking his progress for Lee Johnson’s side will be very interesting indeed, for he’ll need to get the game time he craves to have justified leaving the solid learning environment at Leeds early.