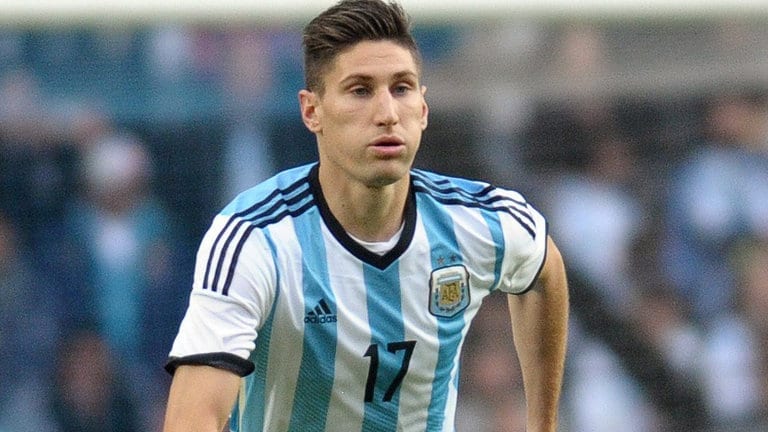 Paying a reported £6 million (Benitez claims it was less) for the battle hardened Argentine, who worked so successfully under Benitez during their time together at Napoli, this has unquestionably been money well spent, for he’s developed into a mainstay of the Magpies’ squad.

Due to his previous working relationship with the Spanish tactician, vast Premier League experience from his time with Swansea and fundamentally sound game, the 29-year-old centre-back’s adapted superbly to life at St James’ Park.

Consistent, intelligent, tough and emphatically illustrating his leadership credentials, the Argentina international has quickly become a fan favourite this season for the side currently sitting 15th in the Premier League. Setting an exceptional example for his teammates to follow, he’s undertaken his work with authority, conviction and assuredness.

A defender essentially bereft of any glaring weaknesses, Fernandez has proved to be a formidable adversary for any offensive unit that Newcastle have come up against. Strong, imposing and playing with just the right amount of aggression, he rarely allows his man an easy touch. Timing his pressing and responding punctually to cues, like when his marker receives with their back to goal or in an open body shape, he’s shrewdly nipped in to force turnovers or caused his man into losing possession.

Crucially, however, if he doesn’t believe in stepping out, he’ll hold his post so his team aren’t structurally jeopardised. With immense concentration and awareness to danger, it’s been impressive to observe how he exercises fine judgement when moving up, backwards and sideways or when opting to leave his station to support a colleague. In addition, the way he’s awake to runs in behind or into the channels has seen him nullify many dangerous attacks despite being slower than many of his foes.

Applying his challenges with forcefulness and precision, he usually times his interventions accurately, with this aspect serving as another testament to how he plays with such clarity.

Through persistently communicating with his comrades, the eagle eyed Fernandez can be frequently seen gesturing and talking with his mates. This then subsequently addresses any positional issues relating to spacing or compactness, plus marking details that require amending. With a great field of view from his central defensive slot, his ability to process situations so competently has been a huge asset to Newcastle.

When it comes to aerial confrontations, the 189 cm stopper has dealt beautifully with such instances, where his capacity to pick up the ball’s trajectory and alter his orientation, in combination with the way he sets his body prior to leaping and is so brave, ensures he wins his fair share of duels.

Moving onto his offensive output, and although Newcastle regularly cede possession, the former Estudiantes starlet has still displayed his worth in this regard. Keeping things ticking over nicely with his thoughtful passing, he recirculates the ball cleanly, gets the ball into his more incisive midfielders and rarely makes mistakes. It’s important to note, that when the opening to hit a more expansive pass or dribble upfield arrives, he’s been more than happy to take advantage.

Another highlight has come from his knowledge when to take up positions to generate numerical superiority when Newcastle pass out from the back.

Blending brains and brawn effectively, his statistics demonstrate his immense value to Benitez’s side, for he’s making 5.89 interceptions per game, 4.17 clearances, winning roughly three aerial duels pg and completing 15.75 forward passes pg at over 80% (a figure that’s solid considering the many clearances he makes).

Forming a promising partnership and understanding with captain Jamaal Lascelles at the heart of the defence, Fernandez has quickly earned the respect of his skipper. Indeed Lascelles’s comments aptly reveal how highly he rates the deadline day acquisition. “Feddy is a top centre-half. He is experienced, he’s played in the Premier League for a long time, and you can really tell with how he plays,” Lascelles said to nufcTV.

“His covering, his positioning, everything is spot on. When balls go in behind, he knows when to react. We work well together and really bounce off each other quite well. He’s vocal like me and, if we play like we did against Palace most weeks, we’ll do very well defensively.”

With Fernandez in fantastic form having reunited with Benitez, the Argentine has been one of the premier defenders in the league so far, even if he doesn’t get the plaudits many of the higher profile players from the big clubs get.

Efficient, mentally formidable and getting the job done without fuss, Fernandez’s contribution towards Newcastle holding the seventh best defensive record in the division has been unmistakable.

Keeping up his exemplary form will now be the challenge for the well-rounded defender.