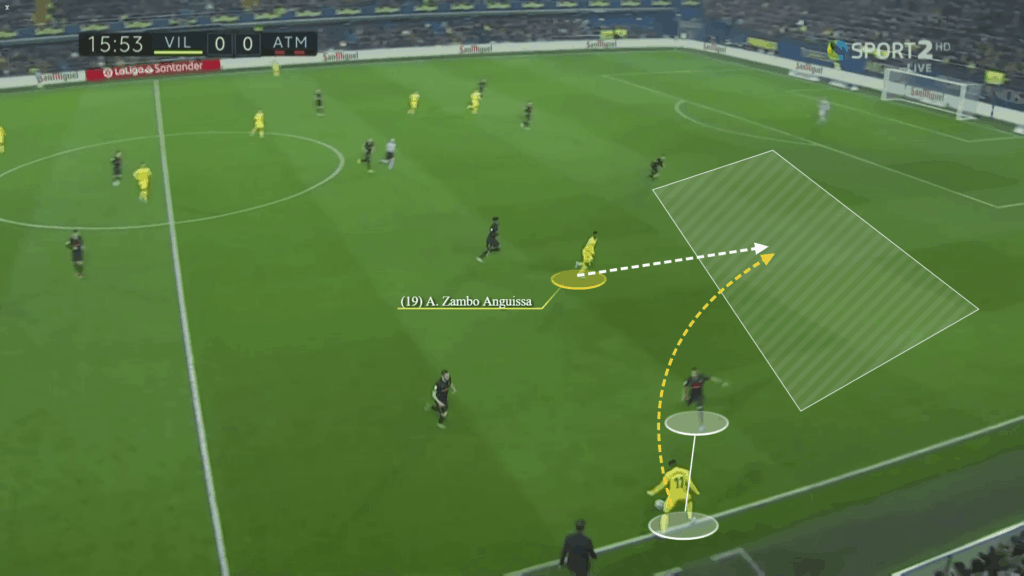 When Andre-Frank Zambo Anguissa arrived at Fulham prior to the 2018/2019 campaign, big things were expected from the former Marseille star.

Costing a whopping £30 million, Zambo Anguissa, who was expected to adapt to the rigours of the Premier League smoothly due to his size, physique and athleticism, unfortunately failed to prove himself in the capital.

With Fulham enduring a disappointing season full of tumult that ended in relegation, the exciting midfielder struggled to replicate his form from Ligue 1 in a struggling team. But he did, however, manage to offer many glimpses of his undeniable talent.

So when the transfer window reopened, the Cameroonian jumped at the chance to join Villarreal on loan. And he’s been entirely vindicated for his choice, for he’s been one of the standout midfielders in La Liga.

Really enjoying the role Yellow Submarines coach Javier Calleja has tailored for him, the 24-year-old’s encouragingly returned to his best this term. “There are several differences [between France and Spain],” he explained to Goal.

“With Olympique de Marseille, I played in a cup final, but it’s different from what I’ve experienced at Villarreal.

“At Marseille, I featured in a defensive role and was charged with keeping the team structure together so I had to consider a lot of things. At Villarreal, because of the quality of the players [we have] and the style of play, I am playing more as a box-to-box [midfielder], and I feel my abilities are utilised both defensively and offensively.”

So active on both sides of the game, he’s been a standout for the Champions League chasing Yellow Submarines. To start with his defensive work, and his pressing is a fine place to begin. Fierce in his harrying and responding rapidly to triggers like when a back pass is played, a ball towards the touchline is hit, if an opponent receives back to goal or in an open body posture, he’s an asset in this regard. One of the most elite pressers in La Liga, how he’s been able to impose himself on his adversaries to force turnovers has been key.

Further aspects of his ball winning prowess come from how he judges when to jump out and how he efficiently uses his cover shadow to block passing lanes behind him.

Tough to beat 1v1 due to his ability, reactions, reading of the play and long legs, Zambo Anguissa’s certainly not easily bypassed. Moreover, his anticipation and awareness also means he nips in with vital interceptions, plus knows when to drop back, shift across and when to support a teammate. Some prominent examples of his tactical intelligence come from how he’ll provide cover to his wingers and fullbacks to give them the freedom to go forward while he protects in case Villarreal are countered. 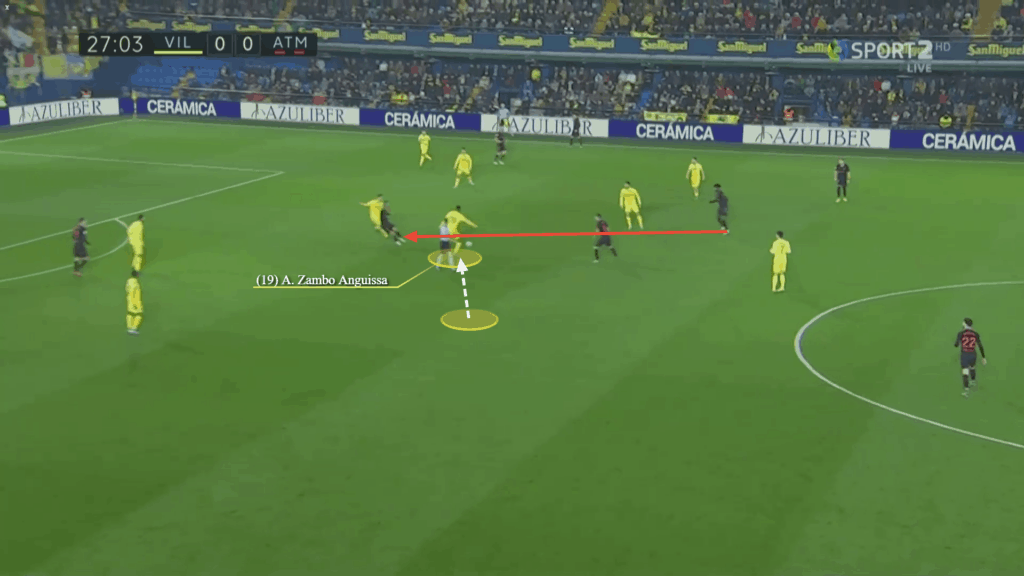 Very capable in aerial duels, this makes him an ideal man to attack and defend set pieces, plus help his team win headers from long balls and goal kicks. Indeed, this makes him a great target for aerial balls to aid his team in winning second balls.

Upon observing his offensive output, and Zambo Anguissa’s been a tremendous performer here too. Two footed and able to play a wide range of passes, this has enabled him to be an integral part of Villarreal’s possession play. Due to his two footedness this opens up many angles for him to pass into and means he’s harder to close down. Hitting his passes accurately and usually to his teammate’s preferred foot, he’s great at finding his intended targets.

Proficient over short and medium distances and capable of striking long range switches or through balls, he has a pass for most situations. Whether it be intricate combination play, finding attackers between the lines or threading through balls (air and on ground) in behind or into the channels, there’s been much to admire about his work here. 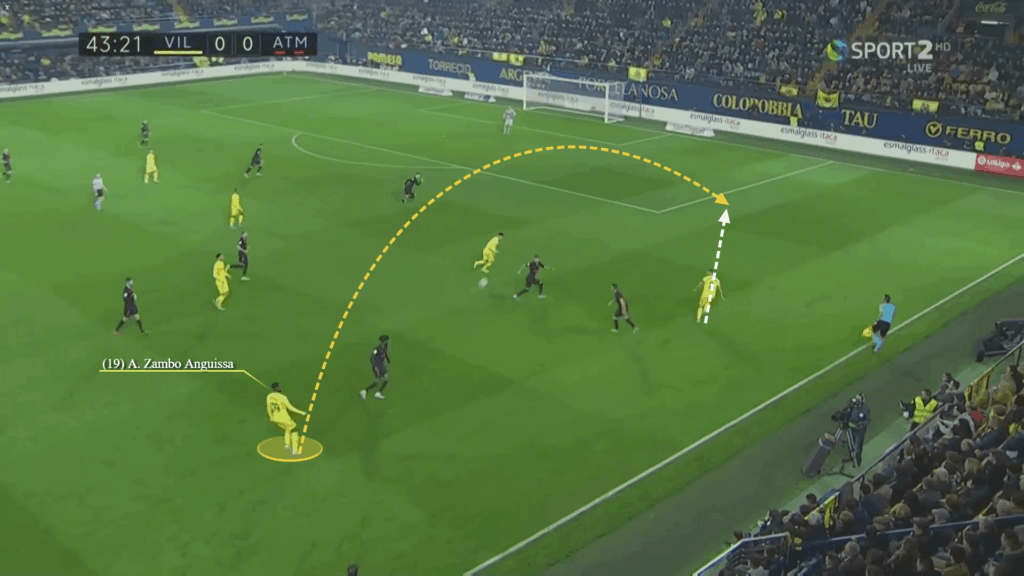 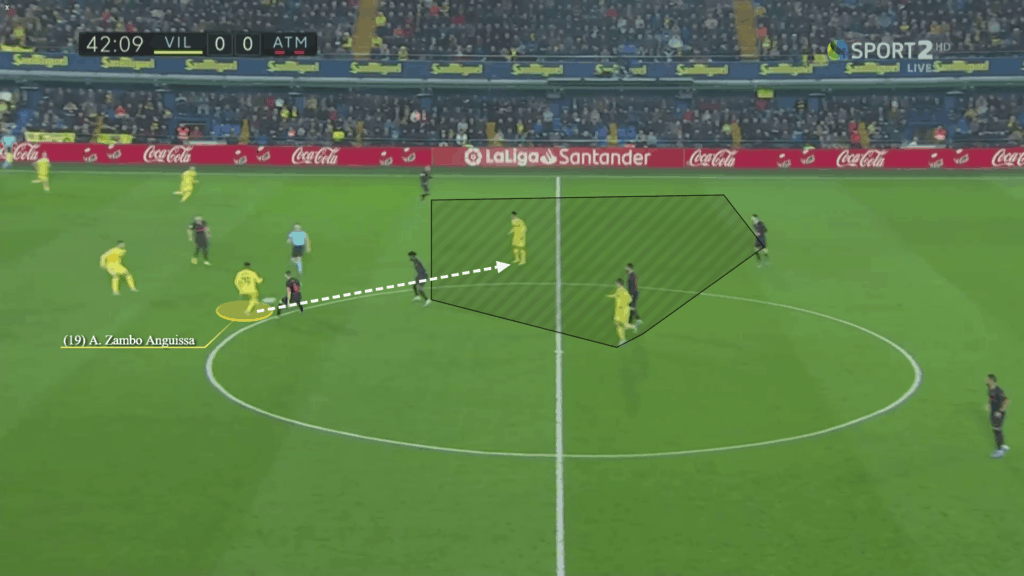 So good at driving his team forward with his powerful running and dribbling, how he gains territory quickly and forces opponents out of shape has been full of upside. Able to beat his man or gain separation using his neat touches, by breezing past them or by using a feint or shoulder drop, he’s created plenty of danger for adversaries.

The fact he’s so strong on the ball only helps him withstand pressure, for he rides challenges superbly while remaining balanced or can win fouls in good areas.

Boasting a sound positional awareness and understanding with his teammates, Zambo Anguissa’s movement has been a highlight too. Knowing where to be to support attacks and connect play, he’s been excellent at generating numerical and positional superiorities for his team to progress upfield through. In addition, once in these 4v3 or 3v2 overloads, how he and his teammates form triangular or diamond structures has given many good passing options on their way to manipulating the opposition shape. 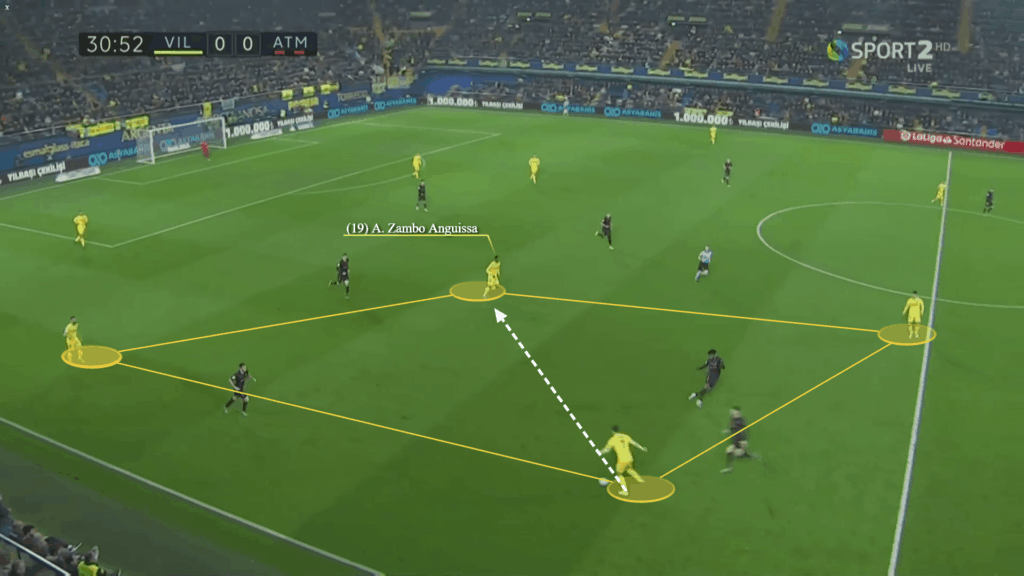 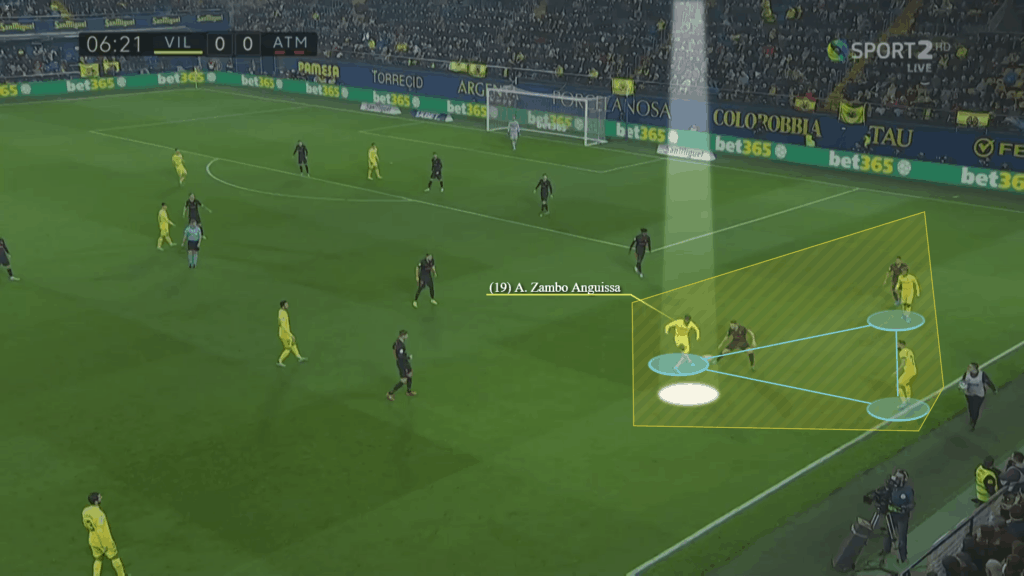 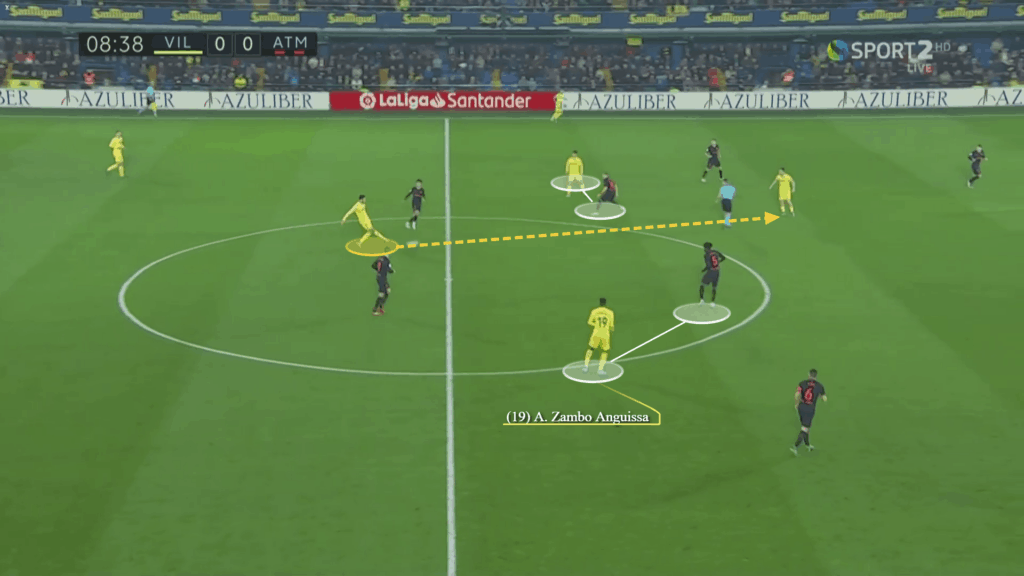 His impact hasn’t ended there, however, for he’s been great at surging into the open channel between central defender and full back when the fullback gets drawn out and performing rotations with his colleagues to unbalance backlines.

Lastly, the way he’ll drop deep into the half space has been interesting, with this allowing him to orchestrate play from deep under less pressure than in true central areas. 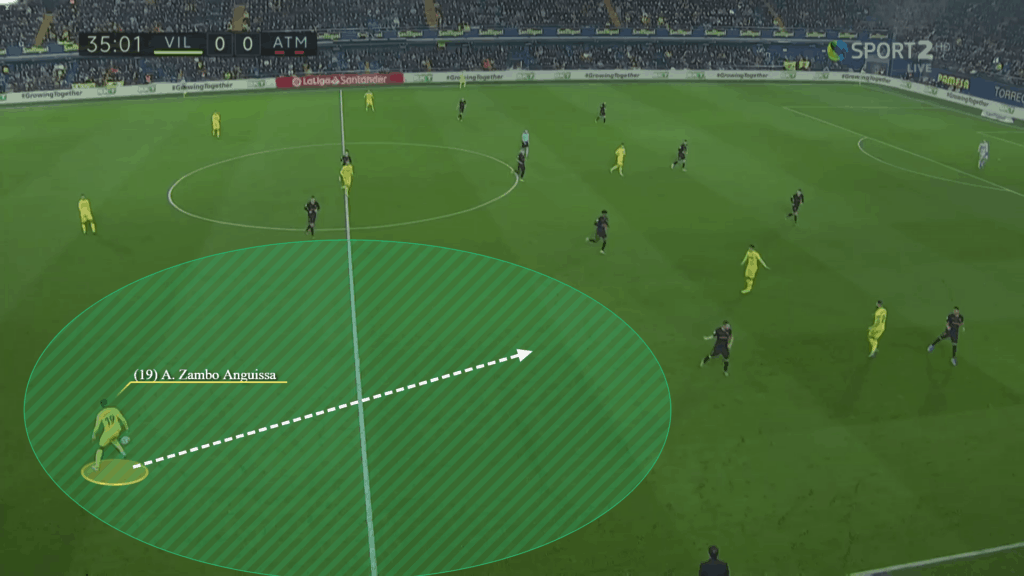 Still currently owned by Championship promotion hopefuls Fulham, his future has certainly been a topic of hot discussion, especially as Real Madrid have been credited with an interest.

While it appears unlikely he’ll ever play for Fulham again, the Cottagers should at least be able to recoup the transfer fee they spent on him, which wouldn’t be the worst outcome considering his initial struggles at Craven Cottage. Who knows, if a bidding war ensues, they might even be able to make a tidy profit on the gifted African who’s excelling in the Spanish top flight.