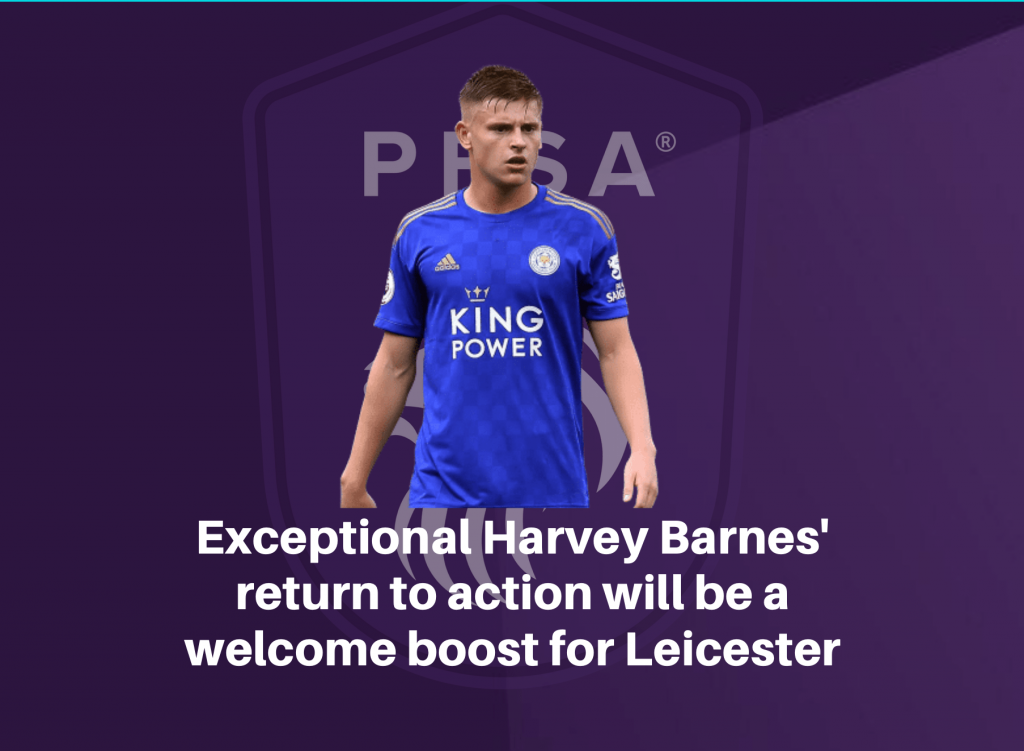 Unquestionably one of the hottest talents in England, Harvey Barnes’ impressive 2020/2021 campaign has underlined his quality.

The scorer of 13 goals this season, which represents his best goalscoring term at the professional level, the Englishman’s cemented himself as an indispensable component of Brendan Rodgers’ excellent Leicester City team.

Thriving within this brilliantly coached Foxes outfit, Rodgers has been integral towards his success, for he’s helped him improve and found the perfect role for him to wreak havoc. “As a player I have improved a lot under Brendan – I think on and off the pitch,” said Barnes.

“He has helped me tactically. He has been the one who has definitely been pushing me to add goals and to get my stats high throughout the season. Of course I understand it is an important thing but he has definitely made me realise how important that is and to make sure that each game at the top end of the pitch I’m creating and scoring goals.”

“It has been really good to work under him and hopefully I can keep on making good progress.”

The fact he’s been missing through injury has highlighted his importance, for since getting injured on January 28th against Arsenal, the Foxes have only won two of their last five Premier League clashes.

Commonly deployed on the left-wing, but given much freedom to drift infield, Barnes’ directness, physicality and athleticism has offered something different to the Foxes offensive forays.

A powerful runner, who’s extremely strong on the ball and possesses immense pace, he’s such a tough man to mark for any opponent. Upon factoring how effectively he times, angles, directs and curves his runs, and this amplifies his danger. On top of embarking on his customary damaging out-to-in runs that he often uses to exploit the blindside of opponents and gaps between defenders, he’s also been a nuisance when pushing inside to start his runs from a central striking position. Essentially playing as an extra striker in doing so, he can subsequently put his intelligent depth movement to attack through balls, crosses and cutbacks to put himself in ideal scoring locations in and around the box. 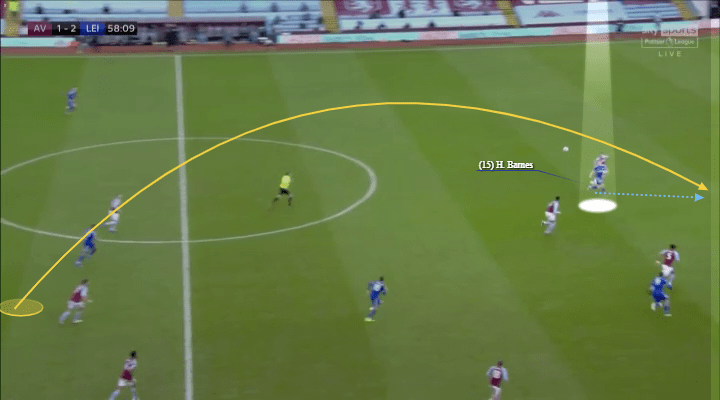 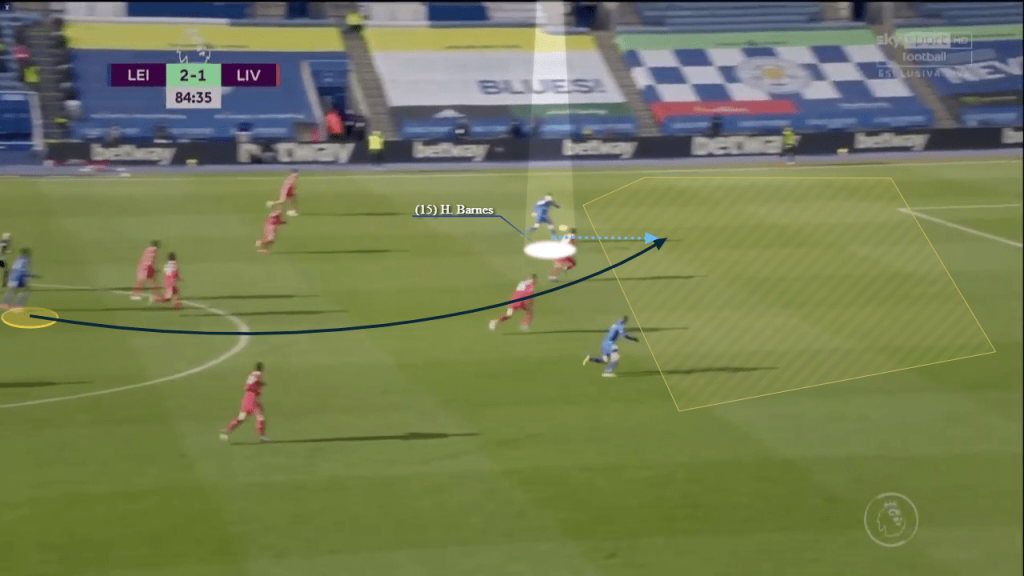 Other aspects of his movement arise from how he regularly pins and draws markers to free up others, how he smoothly rotates with his attackers, strategically bursts upfield on the counter and drops deep effectively with his back to goal.

Efficient, instinctive and clinical, Barnes’ finishing has accompanied the aforementioned wonderfully. Giving his team so much goalscoring impetus, he’s capable of scoring a wide range of goals. Whether finishing 1v1s with the keeper, blasting home shots from range, reacting rapidly to smash home rebounds, placing his finishes neatly (both high, low or to each corner) or scoring with either foot, the youngster’s class has shone through. The fact he can still generate immense power and accurately strike the ball while unbalanced has offered further reason for upside. 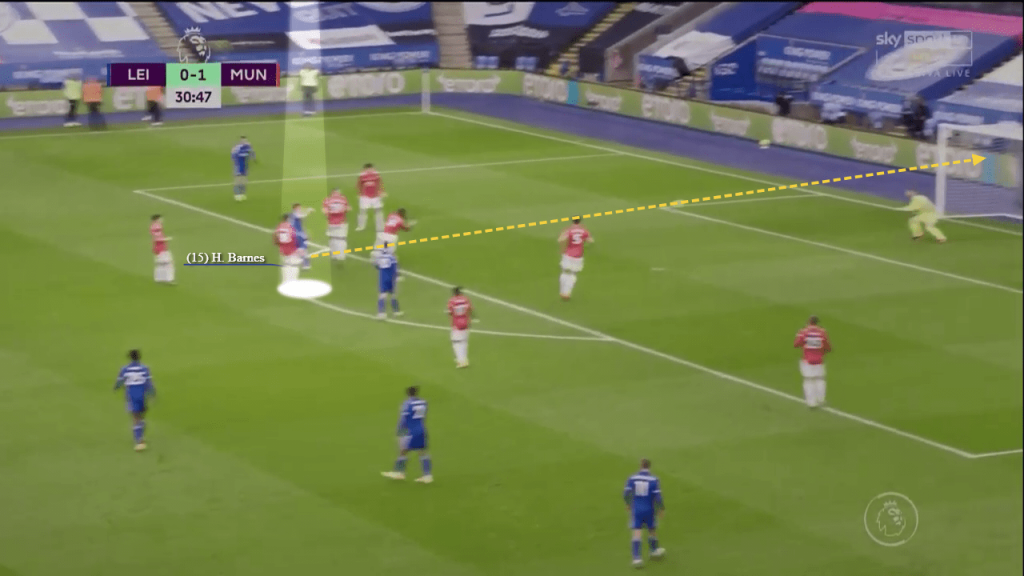 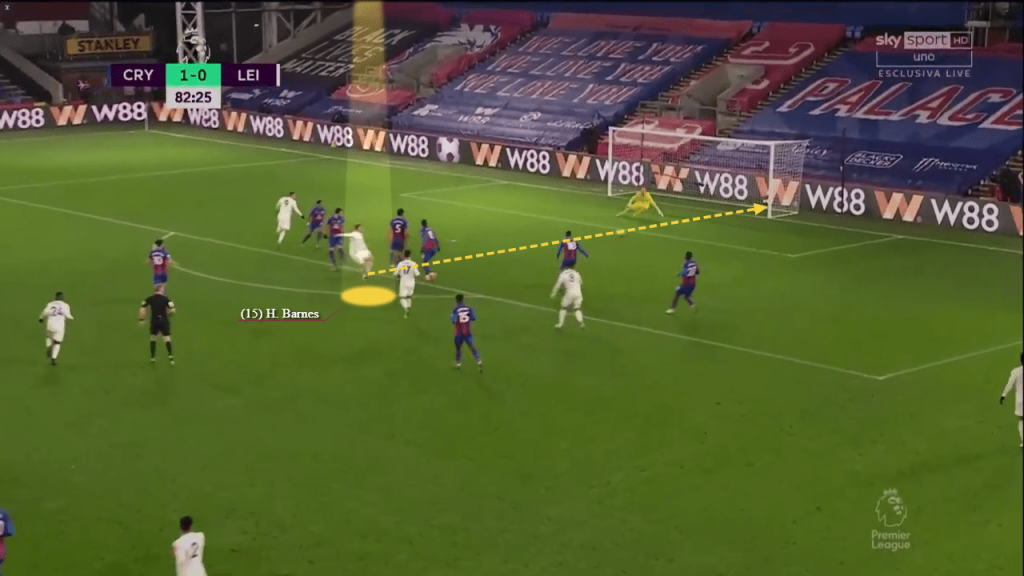 Having scored against many excellent teams, such as Liverpool, Manchester United, Leeds United (twice), Aston Villa and Southampton, Barnes has notably risen to the occasions against some fine adversaries.

Meanwhile, when it comes to his dribbling, Barnes’ searing pace and dynamism ensure he’s a force to be reckoned with. Elusive and unpredictable, he charges at opponents with speed before either knocking the ball past them or beating or unbalancing them with a sharp feint, shimmie or razor sharp change of pace and direction.

Relishing every opportunity to be isolated against his direct opponent and to maraud forward on the counter, where he enjoys charging ahead with time and space against retreating backlines, Barnes is a menace in these situations. Hard to outmuscle on the ball, the way he shields and protects the ball, plus can withstand pressure, has added to his worth.

A key byproduct of ball carrying prowess is how it often lures out one or more pressers, which crucially destabilises opposition structures so a free man can be generated upfield. 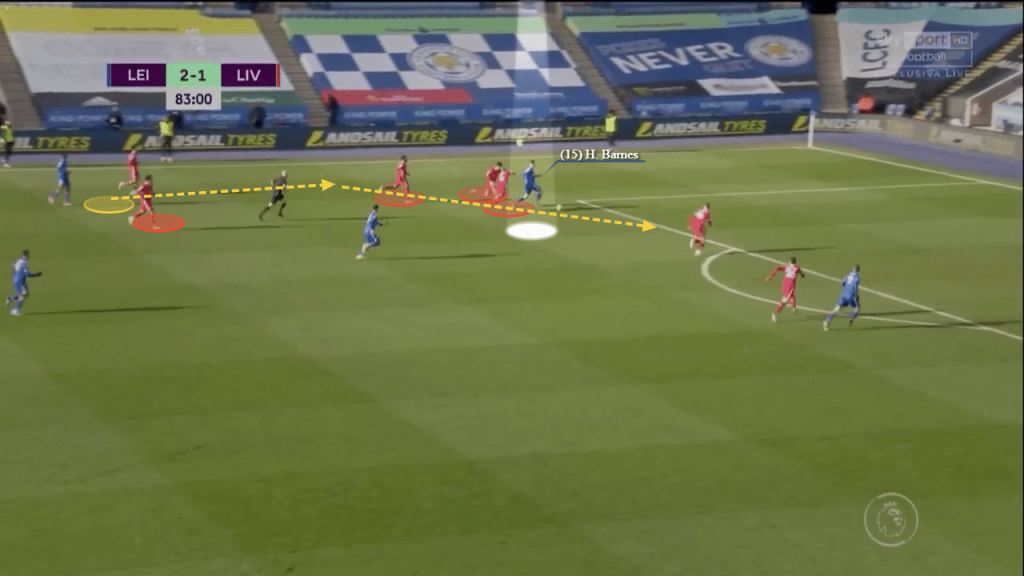 Even though he’s not required to create openings through his passing, he’s shown he can combine tidily with his teammates in close quarters, play teammates in behind and hit some polished crosses and cutbacks into the box. 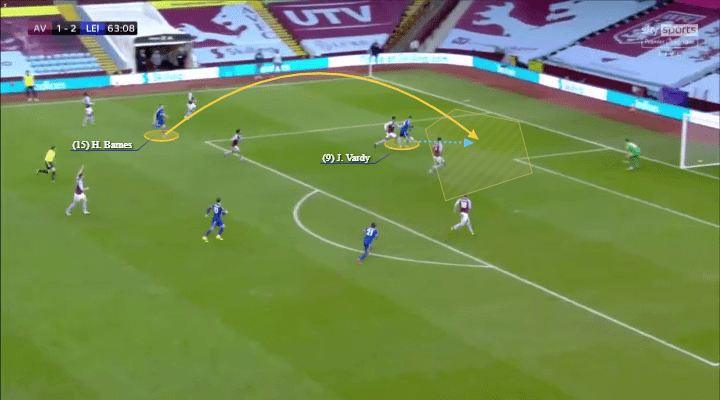 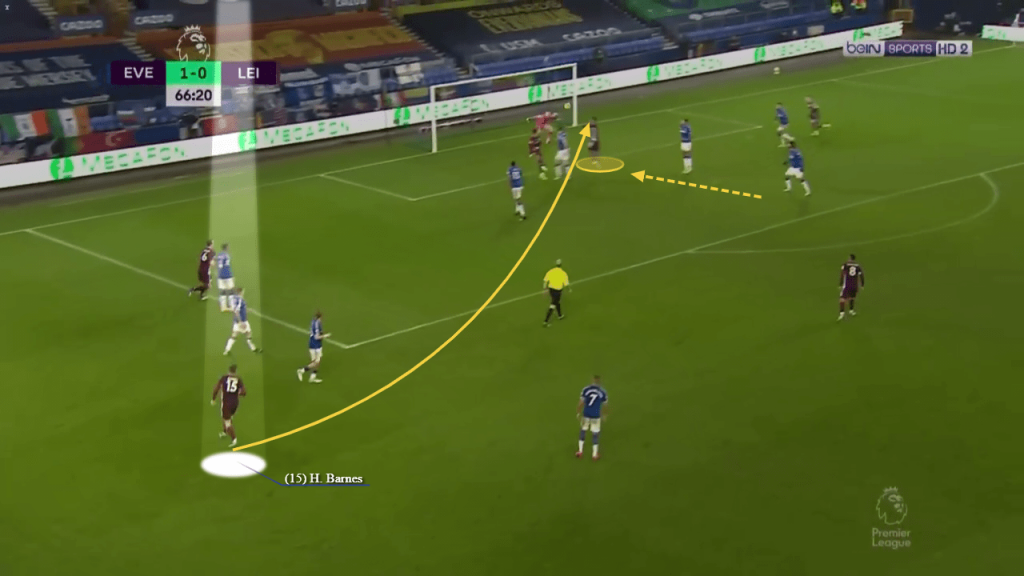 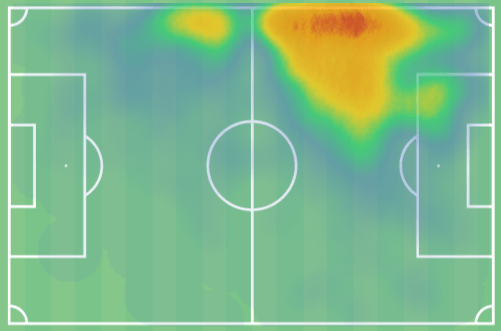 A unique talent who can hurt opponents in a multitude of ways and change a game in an instant, the 23-year-old’s such a weapon for Leicester. Set to return to the action soon, the Foxes will be ecstatic to have him back ahead of what will be a massive end to the season, where they’ll be desperate to secure Champions League qualification and go all the way in the FA Cup.

Happy at Leicester and with still so much scope for improvement, all the signs are there that Barnes will go from precocious talent to bonafide star sooner rather than later.