Everton’s wizardry key to Brazil’s run to the final 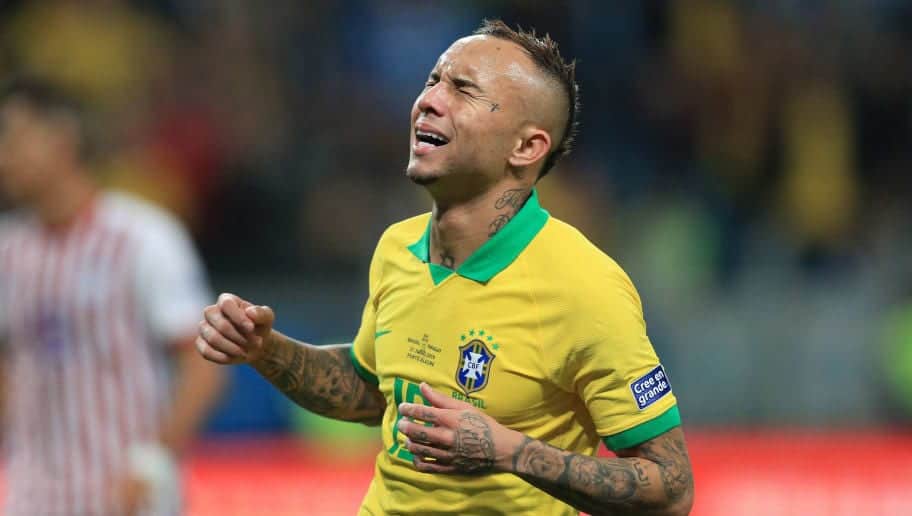 Everton Soares’ brilliant performances have lit up Brazil’s Copa America campaign, as the Gremio star’s been crucial towards their progression to the final.

Although he wasn’t at his best in their semi final triumph vs. Argentina, the 23-year-old’s form has been impressive since coming off the bench to score in their first match against Bolivia. He then backed that up by scoring a super goal vs. Peru to prove to his manager, Tite, that he’s worthy of being a starter.

Playing with confidence, flair and enthusiasm, he’s added that vital spark going forward which had been missing in Neymar’s absence. Giving them another dimension with his unpredictability and dynamism, he’s definitely been Brazil’s most exciting player and given the home crowds plenty to cheer about.

A wonderful dribbler who’s always searching to make things happen with his aptitude in this regard, he’s relished every chance he’s gotten to beat his man to drive his team into the final third. Capable of outfoxing his opponents in many ways, he’s used his searing pace, in combination with his close control, slick feints, clever trickery and ability to change direction in an instant to get the better of his man. So hard to stop when cutting infield, his customary drives have been especially fruitful, for the speed at which he does this ensures his man can’t react quickly enough, thus meaning he gets past them or draws a foul in a threatening area. 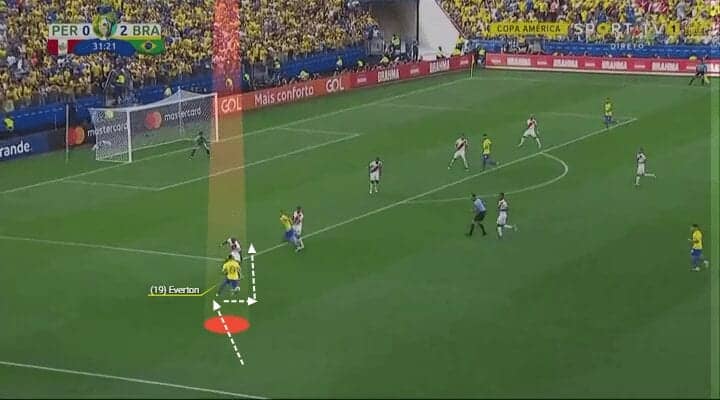 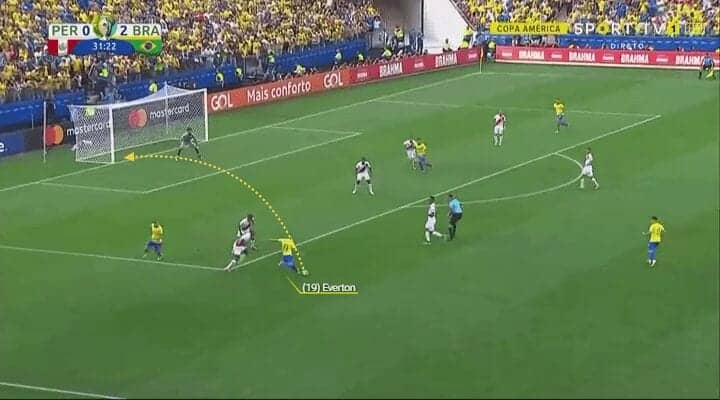 Moreover, the way his wizardry on the ball often provokes two men to press has frequently freed up a teammate in a better position to advance attacks. Remaining composed and calm when pressed with his back to goal or in an open body posture, he’s proven himself to be resistant to his adversaries’ harrying. Particularly notable here has been his mobility to weave out of trouble and strength to hold up the ball while waiting for a viable option.

An able passer who’s competent at linking play with his back to goal, switching the play, combining in tight areas with some slick back heels and flicks or threading the odd through ball, his passing has been handy too. 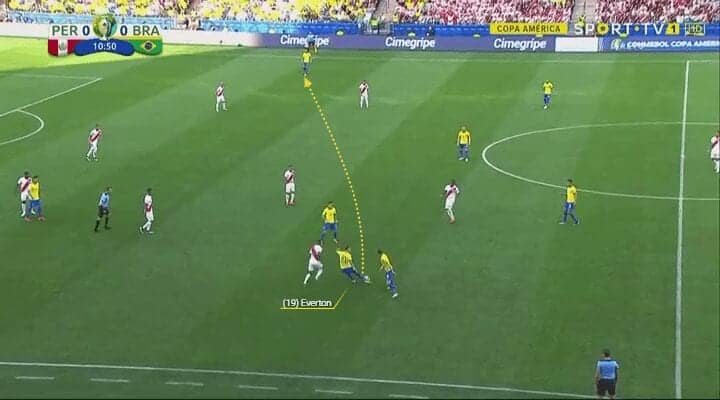 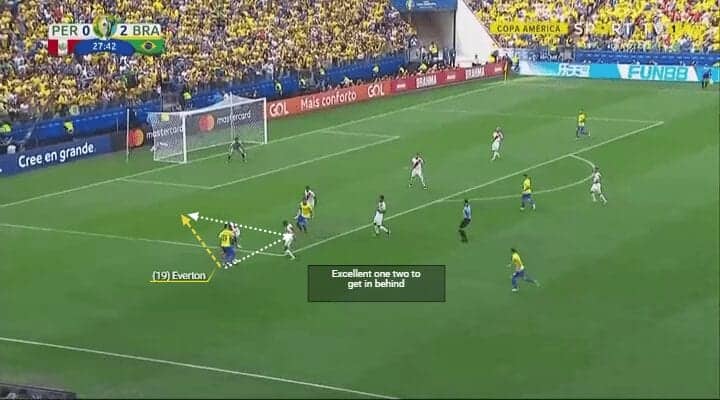 While his explosive pace and technical prowess have been the standout aspects of his work, his intelligent movement has offered additional upside. Dovetailing effectively with his fellow attackers, he’s shrewdly performed rotations and opposite movements with the likes of Roberto Firmino and Philippe Coutinho to destabilise marking setups. In doing so, he and his colleagues haven’t allowed their foes to settle into a rhythm of how best to stop them and constantly created disconnects in the opposition structure.

Supplying some vital width and depth when embarking on his dynamic forward runs, he’s done a fine job of stretching blocks vertically and horizontally with his crisp runs in behind. Keen to catch his man off guard, he’s timed his movement effectively, as he’s targeted gaps in the defence and the blindside of markers smartly to gain an edge. 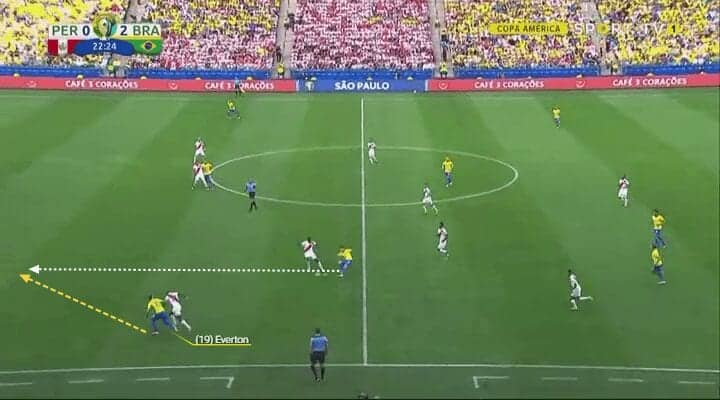 Teammate and partner in crime down the left, Filipe Luis, spoke glowingly of his comrade, with the fullback, explaining: “He’s the one who opens up the marking, who faces up to it. Those who benefit are those players playing close to him.”

Following his eye catching outings for the Selecao, the man who was already on the radar of many elite European clubs, is now in even hotter demand. Seeing as the likes of Liverpool, Bayern Munich, Manchester City, Manchester United, AC Milan and PSG are all reportedly monitoring him, he certainly has no shortage of suitors.

All that talk will have to wait for now, however, as he’s solely focused on helping his team win their first Copa America title since 2007. After being one of the stars of the tournament, running out a winner would unquestionably be the perfect way to cap off his exceptional efforts in front of the appreciative home fans.