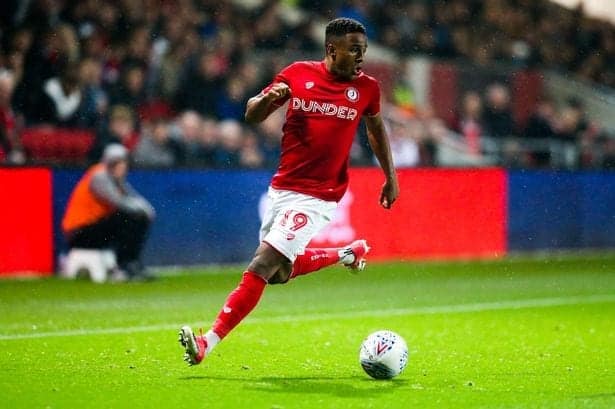 Whether starting matches or coming off the bench, there’s no doubting what an integral component Niclas Eliasson is to Lee Johnson’s Bristol City.

While he’s only started four out of 13 matches in all competitions and been used as a substitute in his other nine outings, the fact he’s supplied six assists serves as a testament to his quality. Topping the assists charts in the Championship despite only playing 518 minutes, his passing wizardry has added another dimension to the Robins’ efforts going forward.

Well aware of the competition for places, he firmly believes it’s a good thing and one that spurs him and his teammates on to make the most of every opportunity. “I feel that I have developed a lot since I moved to England and especially this season,” said Eliasson to Bristol’s Official website.

“I’ve played quite a few games this season and it’s tough competition in the team. That’s good because every player has to work hard in training every day to get better and do their best for the team to win. It’s very important that everyone is trying to do what’s best for the team to get the best results.

“Of course you always want to start and to play games but if everyone has the mindset that they want to do their best if they come on for 20 minutes or if they are starting then that is going to help the team get the three points or the cup win.”

Boasting impressive vision and lovely ball striking technique, the two footed Swedish attacker has provided some beautiful service to his teammates. To start with his immaculate crossing, and the 23-year-old’s so astute at picking his targets inside the box with precision. Tailoring his deliveries superbly depending on the situation, he recognises whether to hit lofted, driven, curled or dipping balls into the box. In addition, his accuracy ensures he can pinpoint his targets at the back post, near post and centrally. 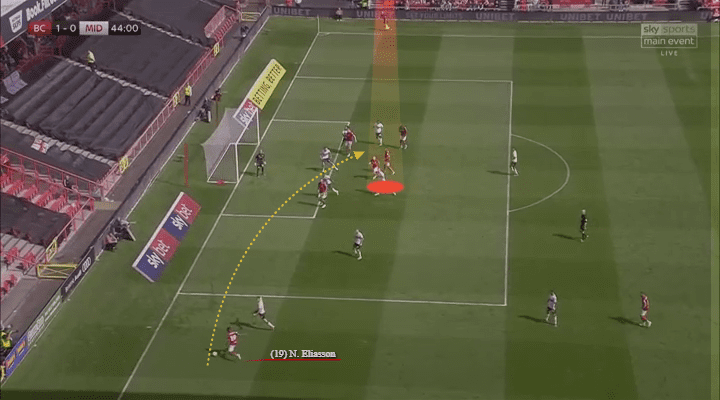 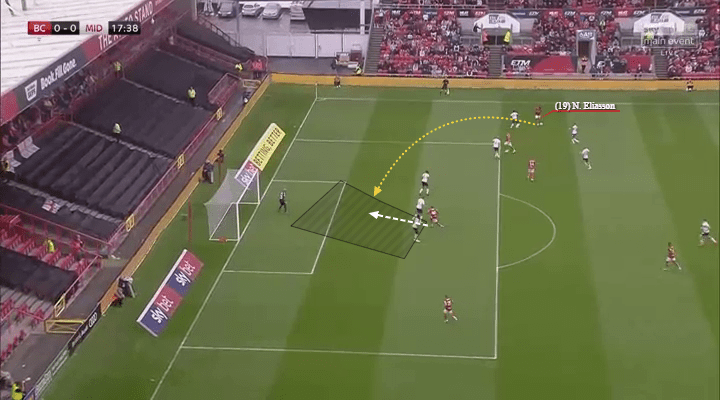 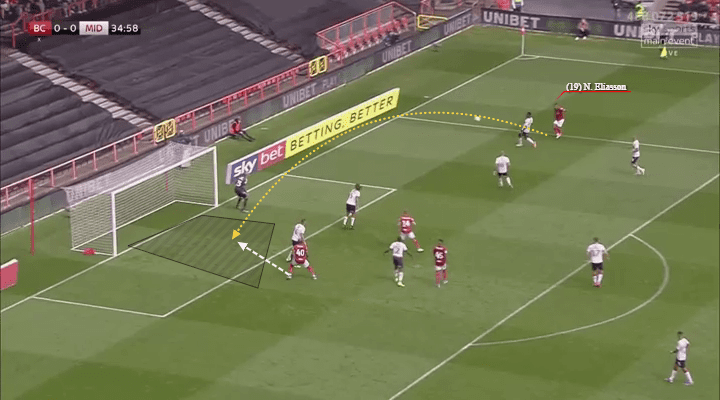 The way he usually gets enough lift on his deliveries to beat the first man also warrants praise, with this another key to his chance creation success.

Eliasson’s shown his competency at hitting tidy cutbacks into the box or when teammates hold their run at the edge of the box too, as this has only amplified his threat when playing passes from wide areas.

The way he’s struck some measured through balls, penetrative line breaking passes into the final third, perfect switches of play and strikes some sublime set pieces has compounded issues for opponents, who struggle to deal with his incision and execution. 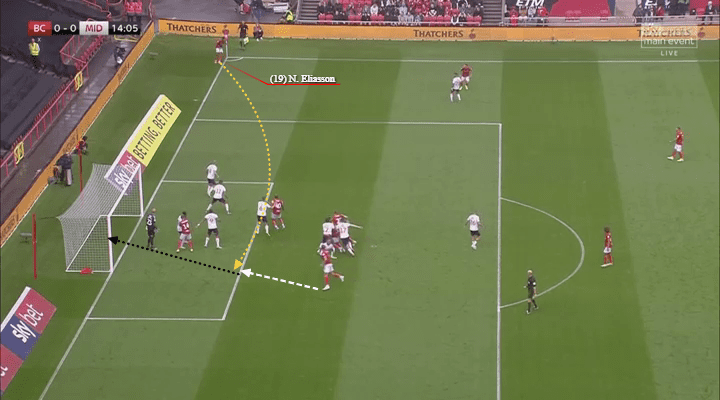 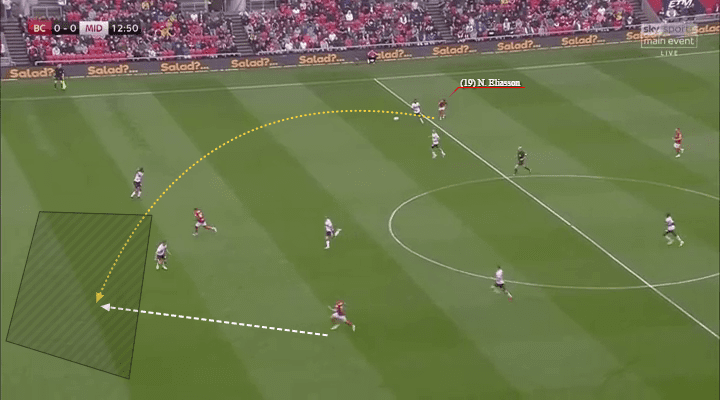 Eliasson’s nifty array of maneuvers to gain separation to fire off his deadly deliveries are another key weapon of his. Unbalancing his adversaries with some sharp footwork, which includes stepovers, shoulder drops, shimmies and feints, the way he gives himself the required room to execute his actions is great to watch.

Eliasson supplements the aforementioned with his crafty movement, something that helps produce room for himself and his teammates. Whether embarking on some dynamic runs in behind or into the box, being an outlet for a switch by hugging the touchline or tucking infield, Bristol have constantly found him with his nous here. Moreover, the way his runs stretch and pin markers have frequently set up teammates to receive in vacant spaces. 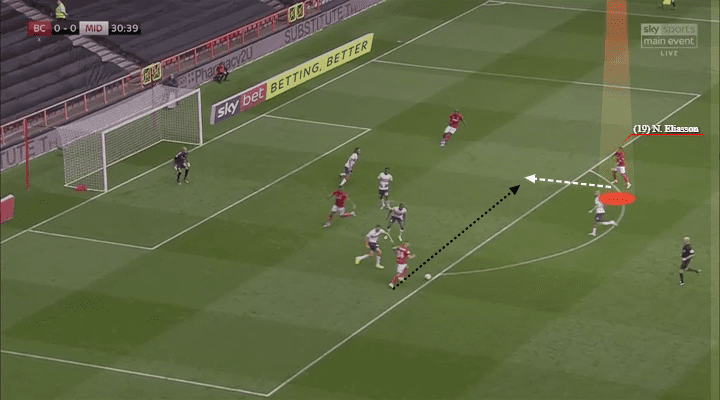 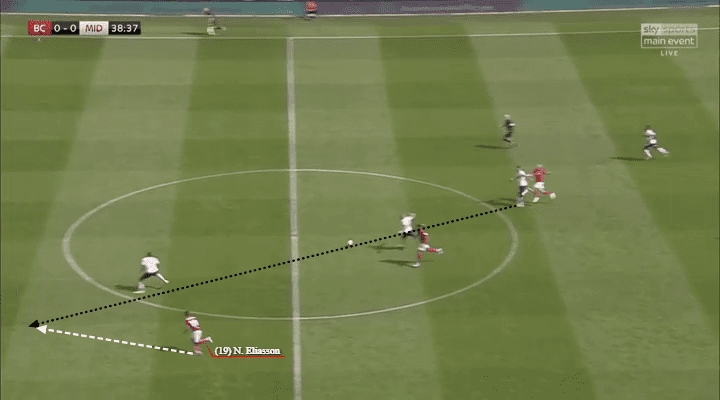 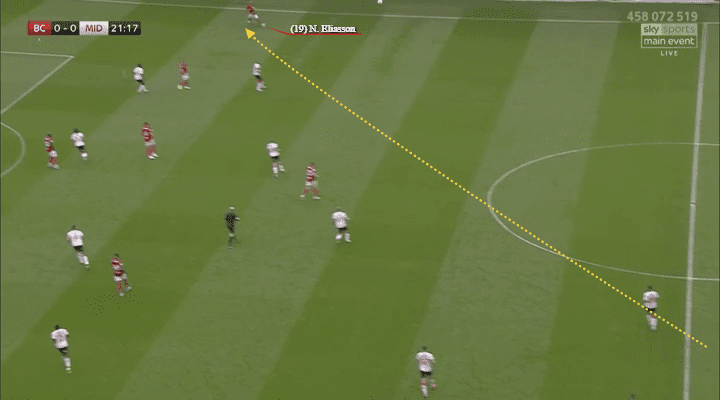 Leading the Championship in crossing and assists, surely it’s time for Eliasson to be given more opportunities, for his unique skill set gives Bristol another dimension in the final third even if he isn’t always a perfect fit in Johnson’s tactical plans.