Eberechi Eze lighting up the Championship with QPR 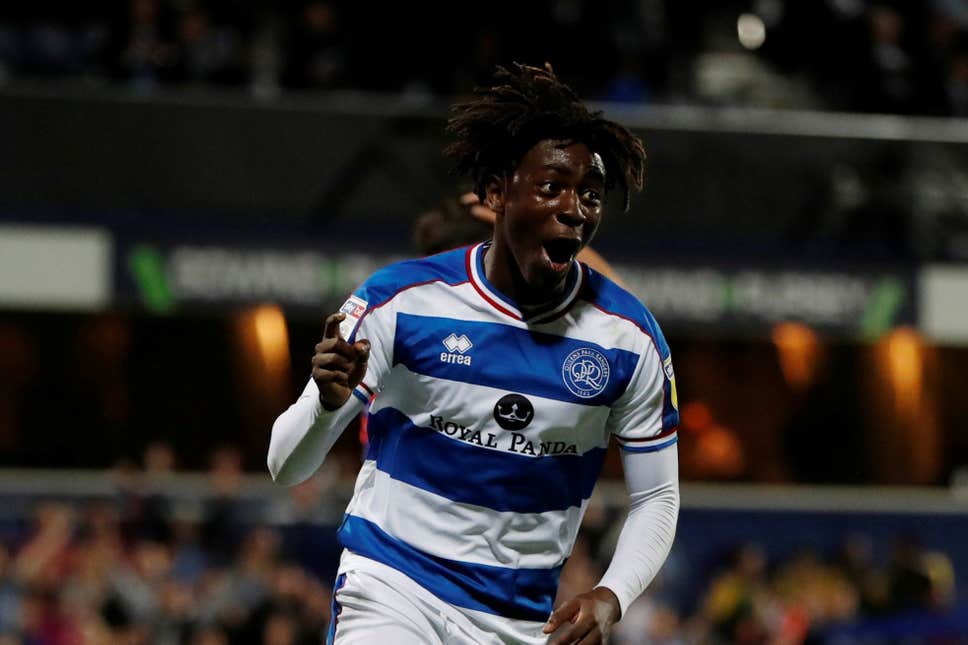 Lighting up the Championship courtesy of his consistently fantastic displays for Queens Park Rangers, Eberechi Eze has been one of the standout players so far this season.

The scorer of six goals and supplier of four assists, his form has been a key driving force for Mark Warburton’s men. Catching the eye with his wicked blend of athleticism, technique and smarts, there’s been so much to admire about his displays this campaign.

His manager’s evidently been impressed by the gifted Englishman, which his glowing comments following QPR’s 3-2 victory over Hull City illustrated.  “Ebere is a very, very talented young player. There is loads of work for him to do and loads of potential for him to still discover,” he gleamed.

“He’s a good player and you saw his quality, his character and his desire to be a better player. He’s a very talented individual and he has a very big future ahead of him. Eze is a powerful athlete and he can go left or right. He looks to get on the ball, his awareness is good and he has lots of technical ability. Like all young players, he has to work hard because this can be a spiteful game if you don’t work hard. He’s (Eze) a pleasure to work with day-in, day-out. I’m delighted for Ebere.”

An absolute magician with the ball at his feet, his quality in this regard sees him capable of beating opponents in so many ways to animate QPR’s work in the final third. Possessing a nice first touch and ball control, this forms a strong platform for him to shine. Then, once he’s looking to beat his man on the dribble, his variety of manoeuvres to outfox his opponent has been a joy to watch. Whether it be using stepovers, feints, sharp changes of pace and direction or by breezing by opponents with his searing pace, his repertoire makes him a very unpredictable man to combat.

Able to beat many opponents in the one dribbling sequence, he’s weaved out of trouble smoothly and wreaked havoc both in close quarters and in transition, which has only amplified his worth. A crucial byproduct attached to his class here comes from how he regularly draws pressing actions, which subsequently unsettles the opposition’s defensive setup to generate space for a free man upfield.

Strong on the ball and extremely hard to outmuscle, he rides challenges and fends off foes effectively to maintain possession. Getting his body postures spot on and scanning his surroundings coherently has further helped him, for he knows what best to do depending on where the pressure is coming from. This gives him the information he needs, so he identifies whether to turn in one motion, protect the ball, lay it off quickly or roll his marker.

It’s also worth mentioning how he frequently receives in ideal forward-facing body postures so he eliminates the need to turn upon receiving, instead meaning he can instantly attack. 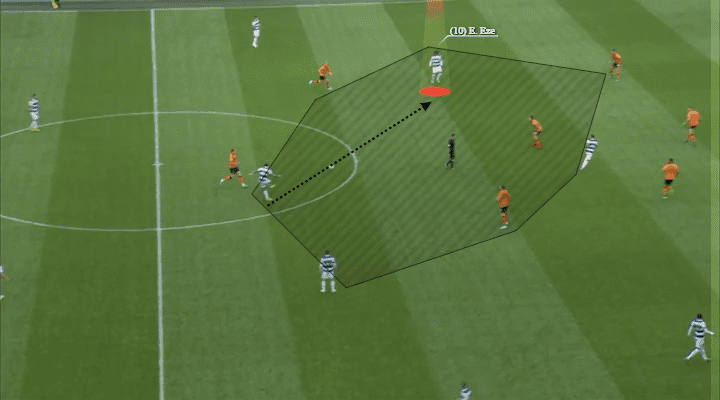 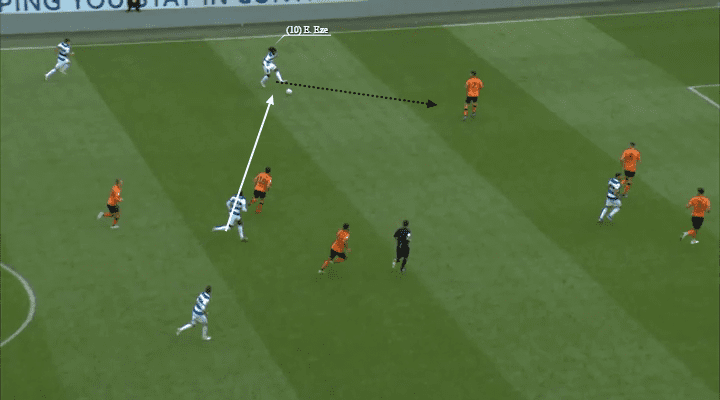 Also competent at breaking the lines with his passing, the 21-year-old’s distribution has been another feature of his play. Progressive and ambitious, he enjoys sliding in crafty through balls to colleagues, combining cleanly in tight spaces, hitting penetrative passes to the feet of attackers and firing in crosses and cutbacks. 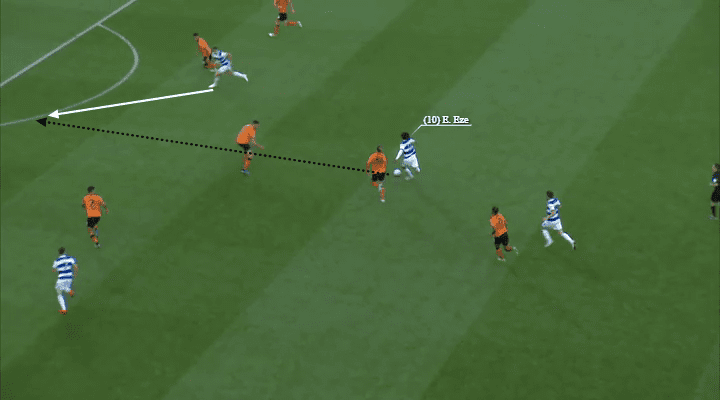 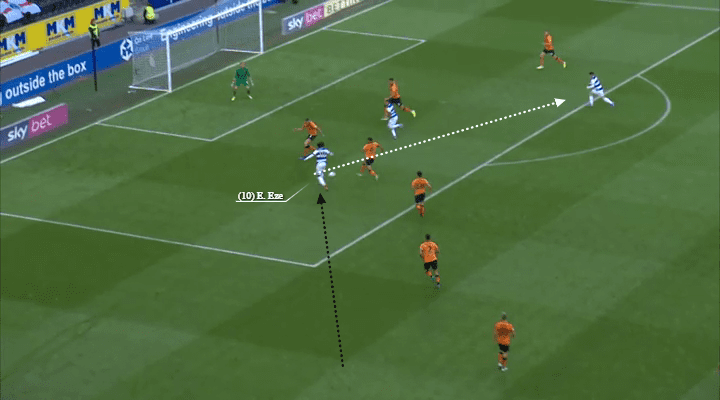 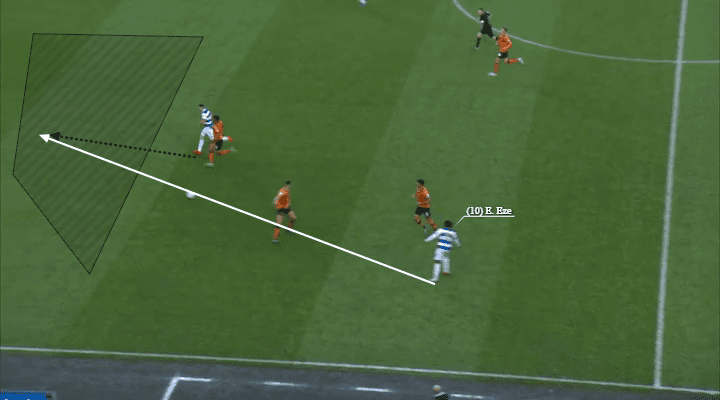 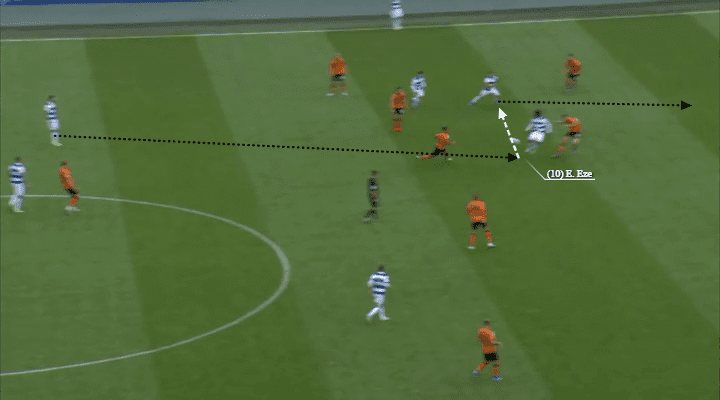 Some other aspects of his ball striking quality come from his free kick taking ability, dangerous corner kicks, expertise from the penalty spot and improving finishing.

While his efforts with the ball at his feet are undoubtedly his most endearing characteristics, his movement is a key piece of his arsenal too. Granted plenty of freedom to help connect passages and pose a threat in the final third, Eze’s awareness and aforementioned scanning ensure he takes up promising positions to be an outlet. This means he pops up in between the lines, out wide, in the half spaces and can break in behind, which adds to his elusiveness. 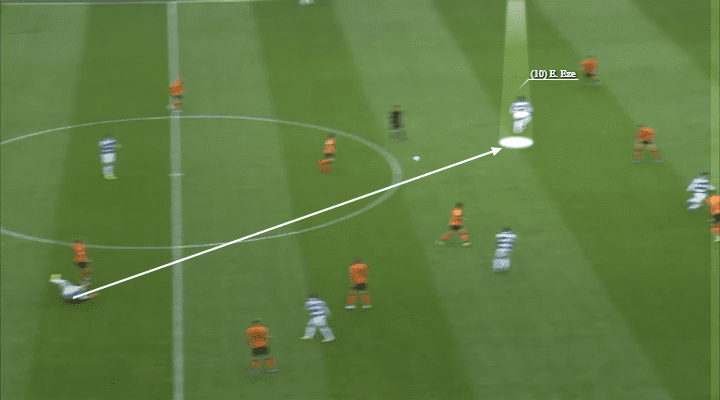 Insert Image 8 – Top blindside run at the back post

A massive force to be reckoned with on the offensive end due to his multifaceted threat, it’ll be fascinating to observe if he can keep up his formidable form. Looking like a real star in the making, tracking Eze’s trajectory will be intriguing, for all the signs are there that he can enjoy a fantastic career at the highest level.