Demarai Gray firing on all cylinders at Everton 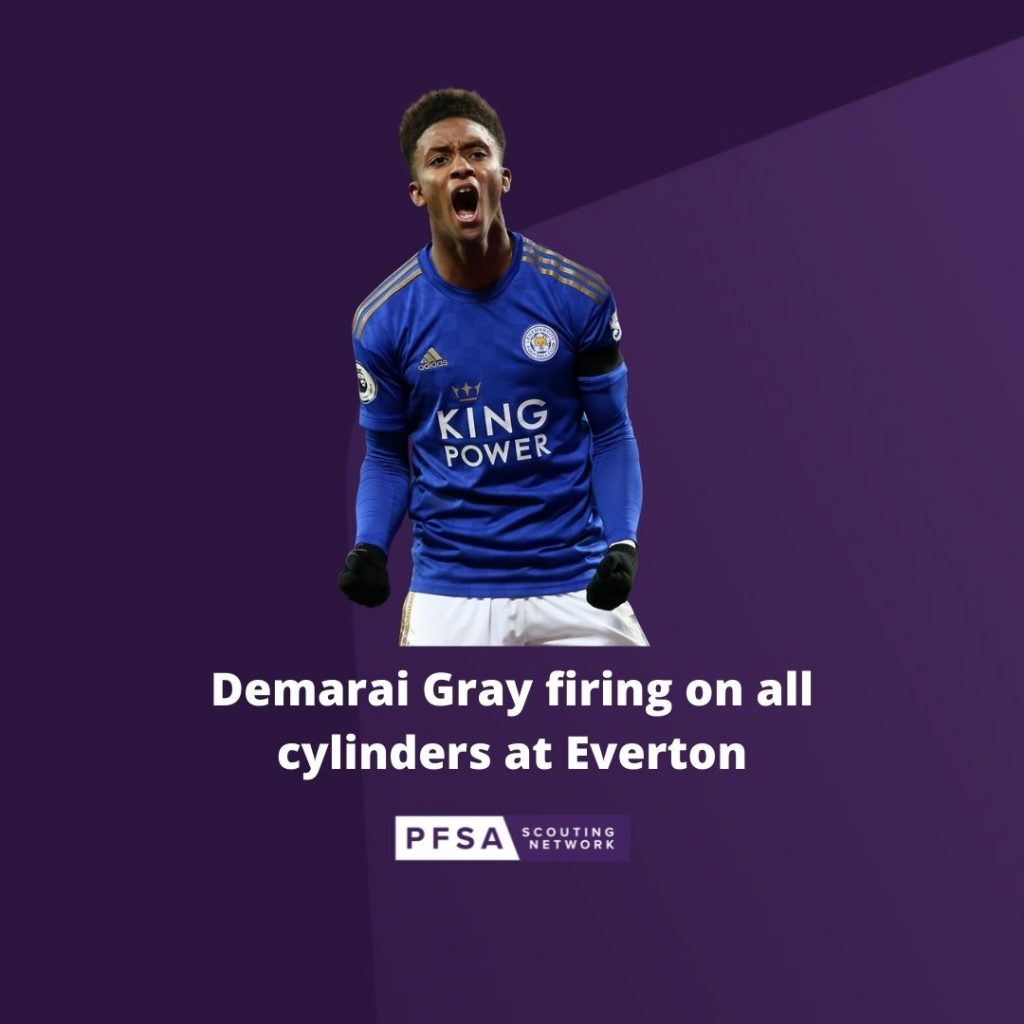 When Demarai Gray joined Everton in the summer transfer window, many questioned the club’s decision to bring in a player whose stock has been on a steady decline. But he’s emphatically proved the doubters wrong by making a blistering start to life with the Toffees.

Having scored three crucial goals and supplied one assist in seven Premier League matches for Everton, his form has been a huge highlight and vindicated the Merseyside outfit’s call to snap him up.

Paying Bayer Leverkusen, where he’d been for an unsuccessful seven months, just £1.5 million for a player who’s unquestionably got the ability but struggled to perform on a consistent basis during his five years with Leicester City and short spell in Germany, the deal has been one of the bargains of the summer.

Returning to England to regain some traction in his career, working under the experienced Rafa Benitez, who has given him his trust, Gray has been firing on all cylinders on his way to terrorising defences across the division. “I have a manager and a team that believe in me and give me the freedom to express myself. Everything’s clicked well here. I just want to keep working hard to maintain my level and keep improving,” he explained recently.

“That’s probably been my issue [consistency] of the last few years, but I’m enjoying my football again. I’ve had many managers and you think ‘what other details are there to know?’ but Rafa has taught me things which benefit me.”

Operating mostly on the left wing this season, but also as a number 10 on occasion, the jet-heeled attacker’s unpredictability and guile on the ball has seen him wreak havoc. 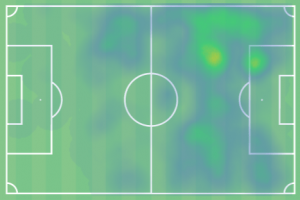 Taking advantage of every chance he gets to be isolated against his direct opponent, he then uses feints, razor sharp changes of directions, nifty alterations in pace and deft shimmies to beat or outfox markers.

The fact he boasts tidy ball control and has a dribbling style that is hard to read enhances what a tough adversary he’s been to keep tabs on, which also helps him win fouls or draw markers to free up colleagues. 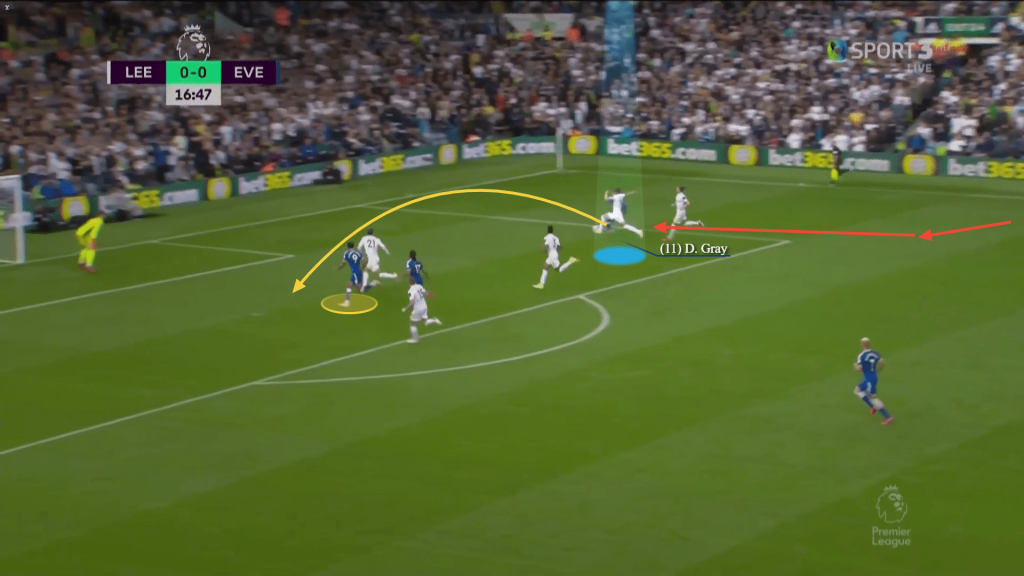 By undertaking persistent head scans, this has helped him gain a frequently updated mental picture of his surroundings so he knows where his markers, teammates and vacant spaces are. In doing so, this means he knows if he can turn immediately, needs to protect the ball, lay it off quickly or let it run.

Moreover, his ball-carrying has enabled him to open up shooting chances for himself or open passing lanes for others, plus threaten both in transition or measured build up.

While he’s not a truly elite passer and chance creator, Gray’s contribution with his distribution has been solid, for he’s linked play smartly with one and two touch layoffs, plus hit some incisive line-breaking passes and through balls in behind.

Crossing the ball usefully as well with both feet, it’s been a positive to see him conjure some great chances for runners, with him quick to assess his options and gain separation before whipping in his deliveries. 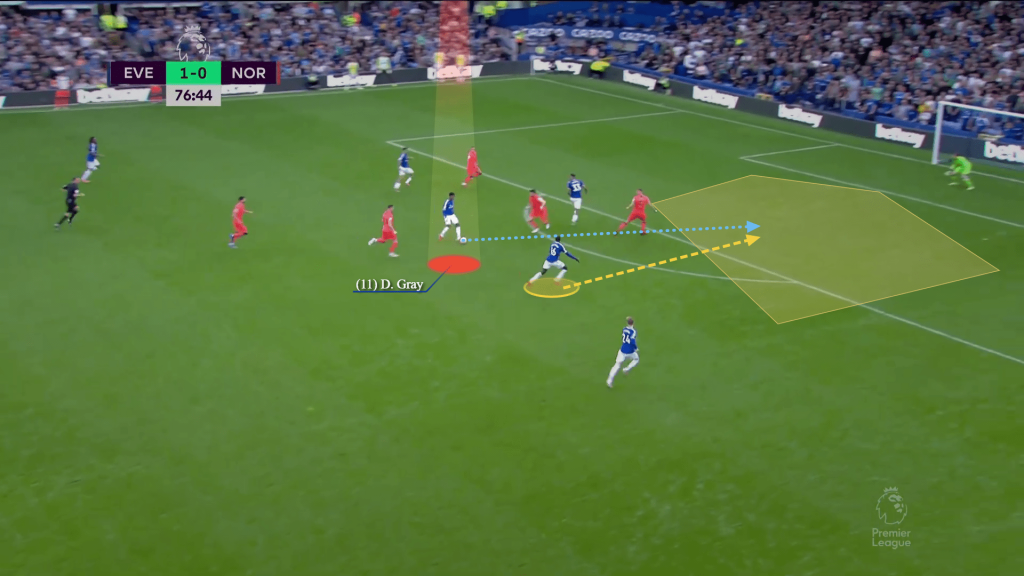 The 2015/2016 Premier League champion with the Foxes appears to have sharpened up his finishing so far, as he’s looking much more assured when in quality positions. His 0.31 goals per 90 and 2.46 shots p90, both of which place him in the top 30% among players in his position across Europe’s top five leagues, illustrate his danger. 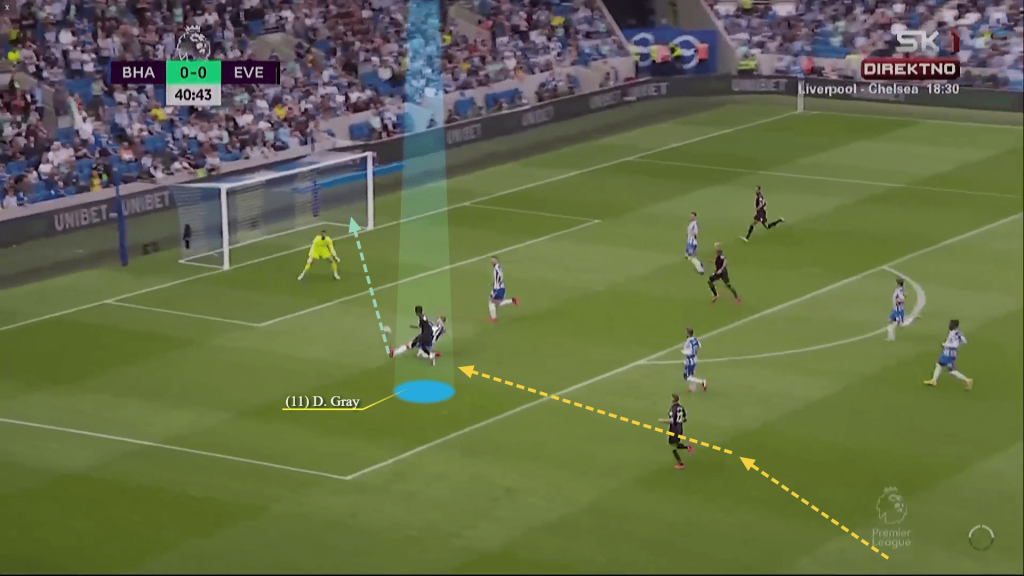 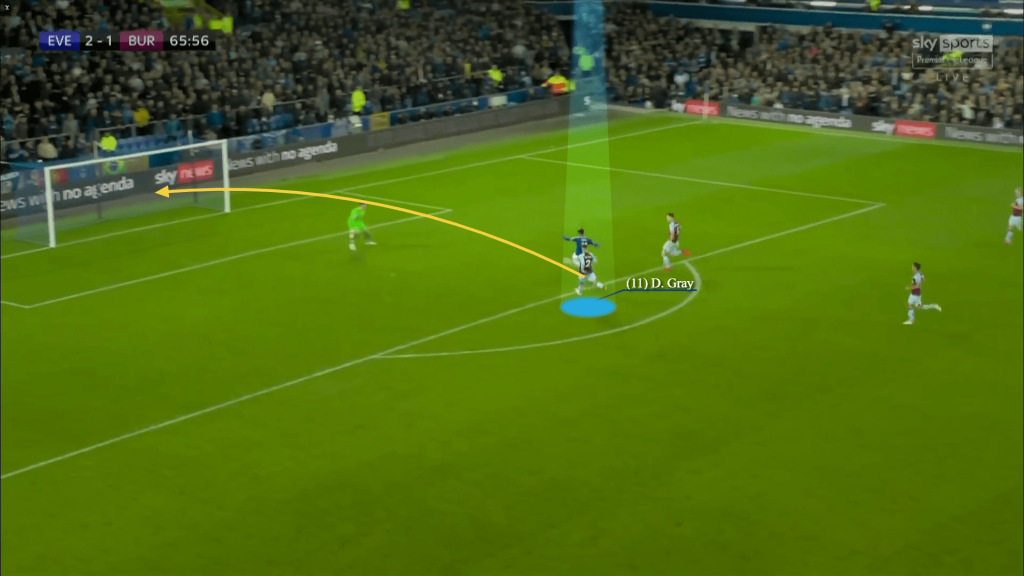 Even though he recognises there’s room for improvement in this regard, the early signs have been very positive indeed. With him and Andros Townsend combining to score six goals so far, getting this kind of production from their new signings has been crucial towards why Everton are occupying equal third place in the table. “Summer signings Andros Townsend and Demarai Gray have added genuine width and pace to the side as well as a potent counter-attacking thrust that was previously lacking,” aptly noted The Athletic’s Patrick Boyland.

Gray’s movement and positional sense serves him with a strong foundation to get on the ball in promising areas, with him effective at impacting play in behind and in front of the opposition backline. Timing when to come short to link play with his back to goal and when to cause overloads centrally, wider or in the half spaces, he’s picked his moments shrewdly.

Crucially, upon seeing him drop deep, his tracker will usually follow, which has the added byproduct of manufacturing room for a teammate to exploit going the other way.

Lethal when bursting in behind, the 25-year-old’s a challenging customer to contain when in full flight. Awake to gaps present in the channel between centre back and full back, between the centre backs or when the blindside of the fullback can be exploited with an out-to-in run, he certainly makes life hard for his adversaries. 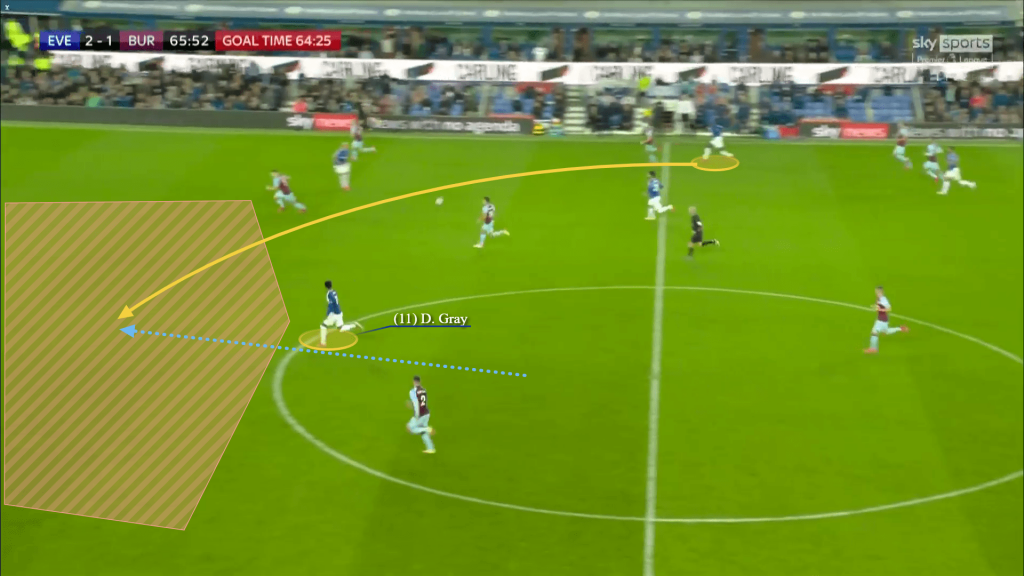 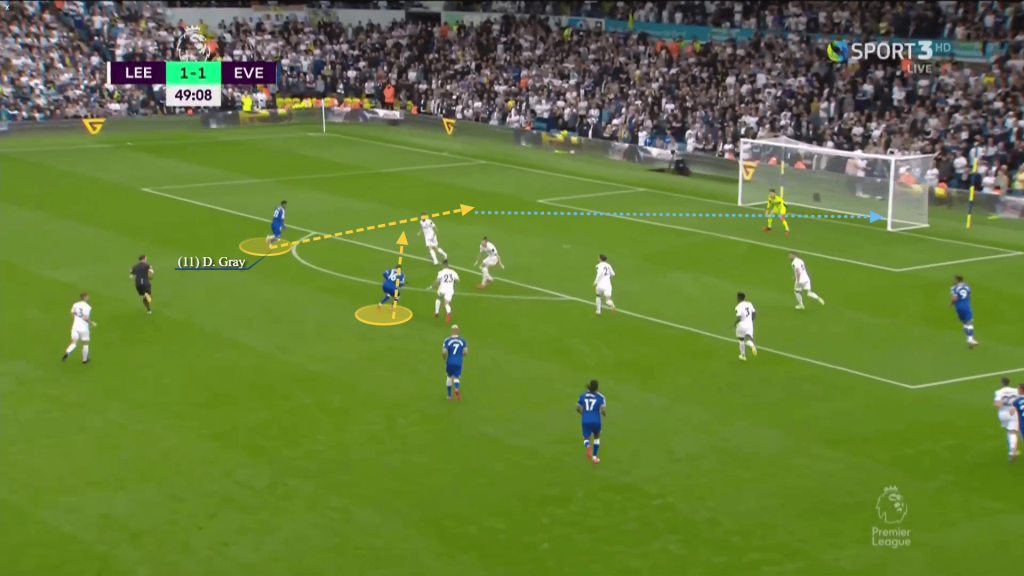 Causing dilemmas all the time for opposition defence units with his dynamism, skill on the ball and smart movement, it’s been fantastic to see him showing some consistency at the highest level within Benitez’s framework that suits him perfectly.

In light of his elite form, it’s been interesting to see talks of him in the running for an England call up, which would be a fitting reward for his outstanding output so far. Back on track and eager to fulfill his immense potential, Gray’s sole focus for now, however, will be keeping up his high level as the season progresses for Everton.

Working under the disciplined and tremendously knowledgeable Benitez, who’s instilled him with so much belief and confidence, there’s every chance he can do just that.