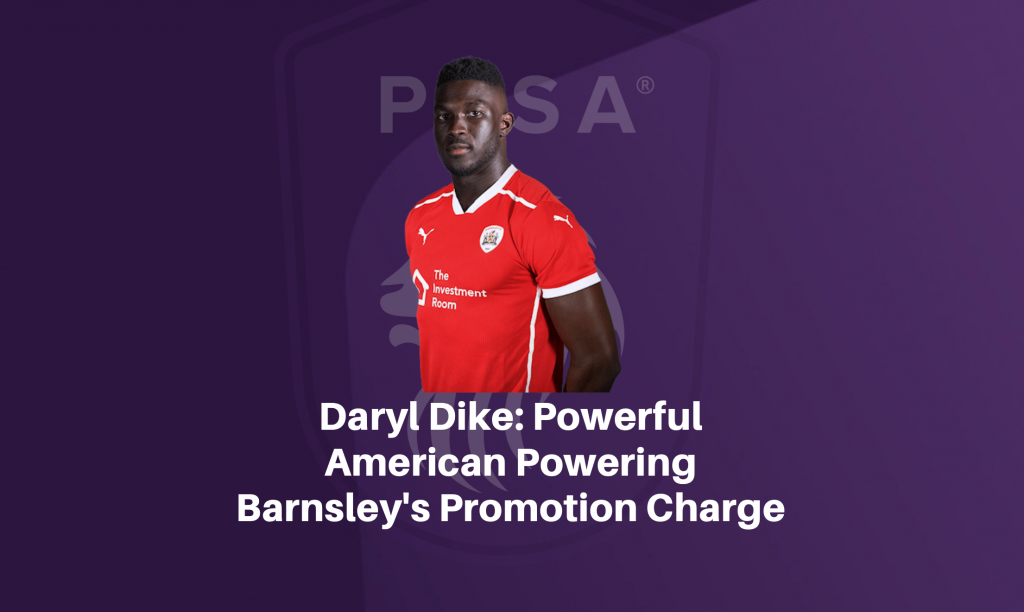 Authoritative, uncompromising and full of physicality, Daryl Dike’s taken the Championship by storm since arriving in the January transfer window.

Bagging nine goals in his 17 games for promotion-chasing Barnsley, the Orlando City loanee has been crucial in propelling his team up the table into the playoff places to sixth. Settling in wonderfully to the ultra-competitive and demanding Championship, the powerful Dike’s hulking strength and 187 cm frame have helped him fit in brilliantly.

Offering himself as a fantastic outlet in many situations for Valerien Ismael’s direct, high octane outfit, the American’s presence has been so valuable. To start with, his aerial prowess has been vital, with the 20-year-old serving as a fine option from set-pieces, goal kicks and any headed confrontations all over the pitch. Whether acting as a goal-scoring threat or helping his team win second balls with knocks downs or flick-ons, if Barnsley can’t beat the press or opt to go long, he’s been a real asset.

Possessing an explosive leap, plenty of strength to keep his opponents at bay to remain balanced and reading the ball flight smartly, Dike’s a real handful for any defender in such cases.

His impact has extended to being a fine option for throw-ins and when dropping deep with his back to goal, where he can withstand pressure to lay the ball off with his chest, head or feet to ensure his team keep possession. Doing a great job of drawing markers to free up teammates and linking midfield and attack, it’s been positive to see him hold up the ball before executing his actions soundly. 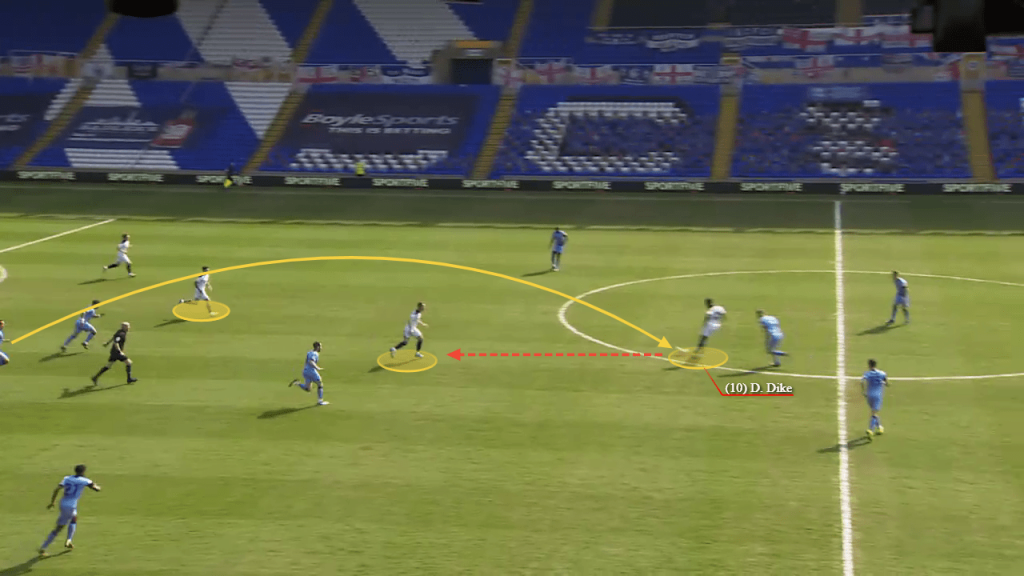 Although he recognises the need to improve technically, considering his age and size, time is on his side to refine this aspect of his game. Dike’s importantly shown how neatly he can link play with his passing, strike the odd splitting through ball and switch the angle of attacks. In addition, his handy acceleration and decent ball control has seen him embark on some marauding dribbles to gain territory, beat his man or provoke pressure. 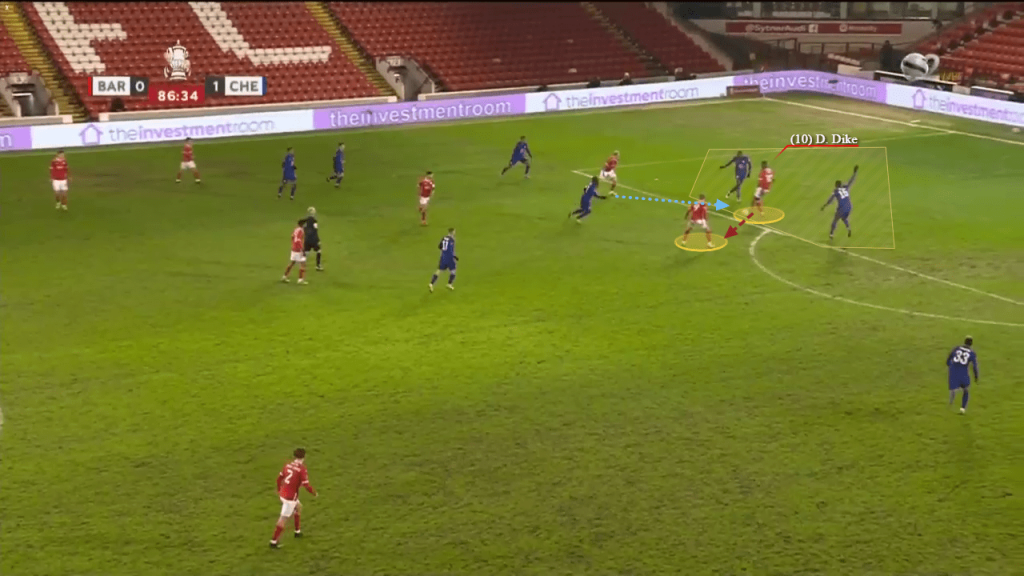 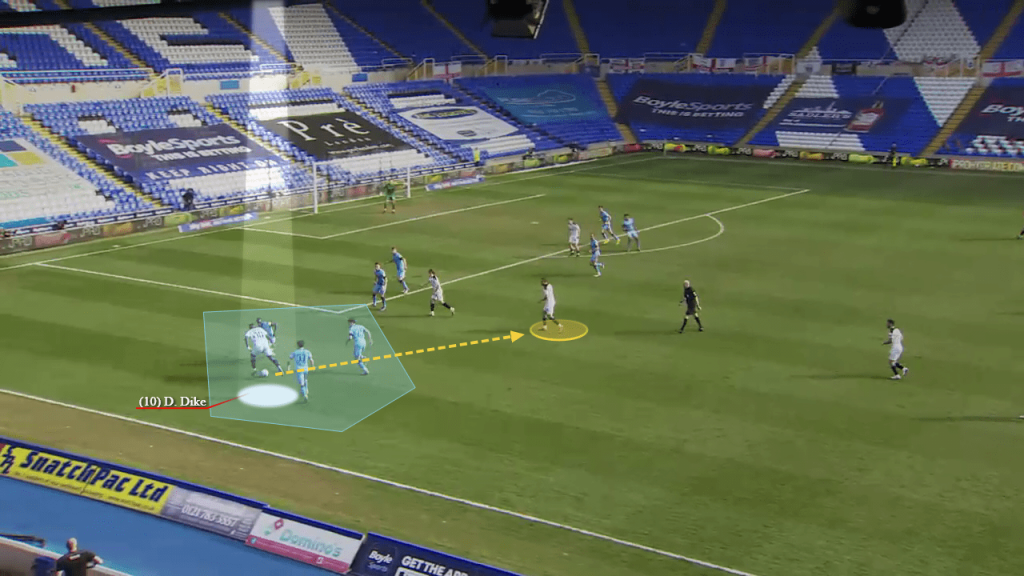 Another string to his bow is his runs in behind, which stretch defences and give the ball holder a quality option over the top. Timing and directing his runs sharply, this has enabled him to take advantage of gaps between defenders, target their blindside and gain an edge when they’re preoccupied with a marking assignment or ball watching. This part of his game has ensured he takes up some promising positions inside the box as well, for he’s proficient at tailoring his runs into the area before hoping to apply neat finishes. 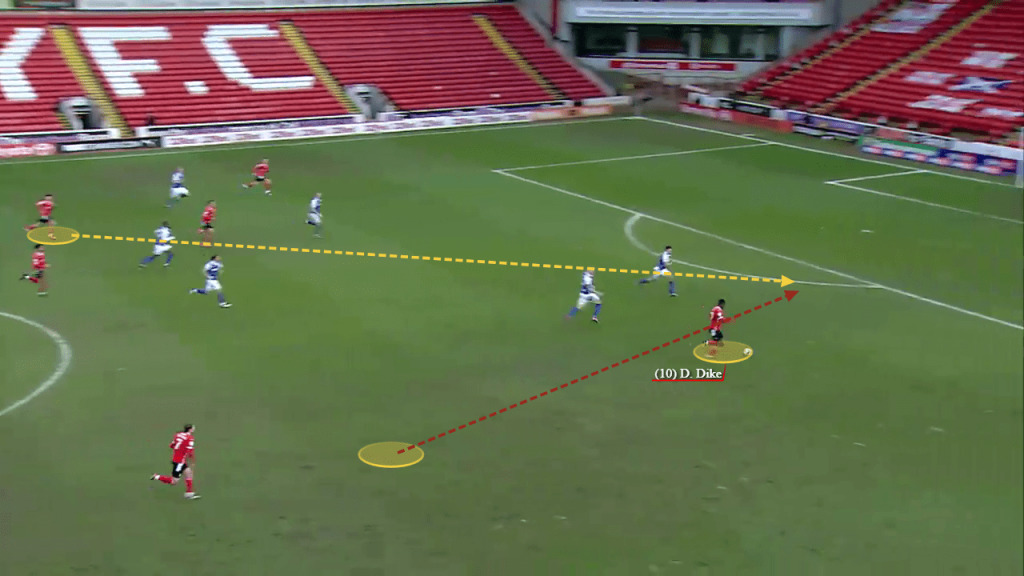 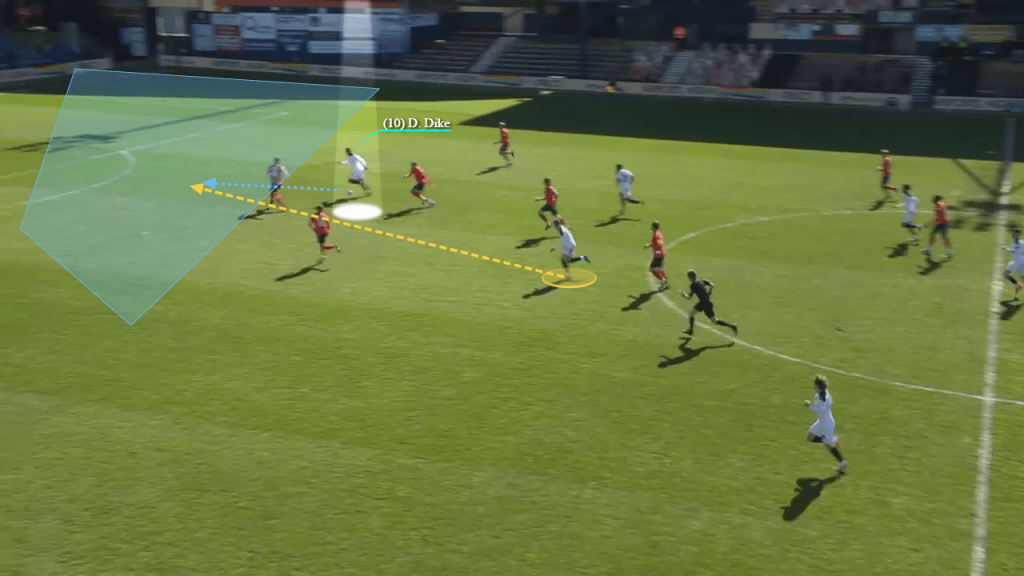 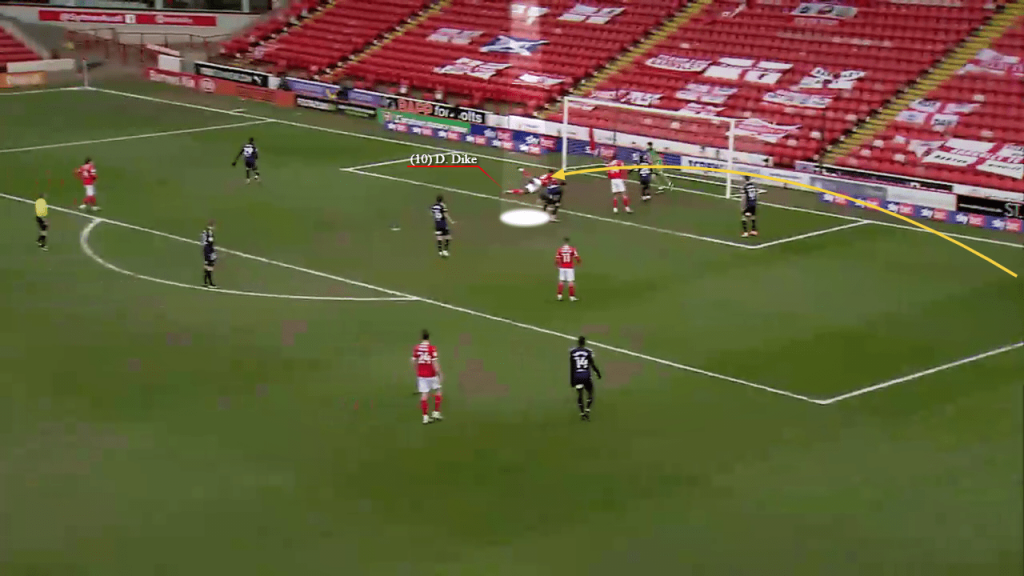 Capable of scoring a wide range of goals, Dike’s displayed his poaching instincts to score tap ins and rebounds, with his reactions and short back lift coming especially in handy. Moreover, he’s demonstrated how he can finish with power and finesse when 1v1 with the keeper, strike some devastating long range efforts, hit a variety of headers and still get shots off when unbalanced. 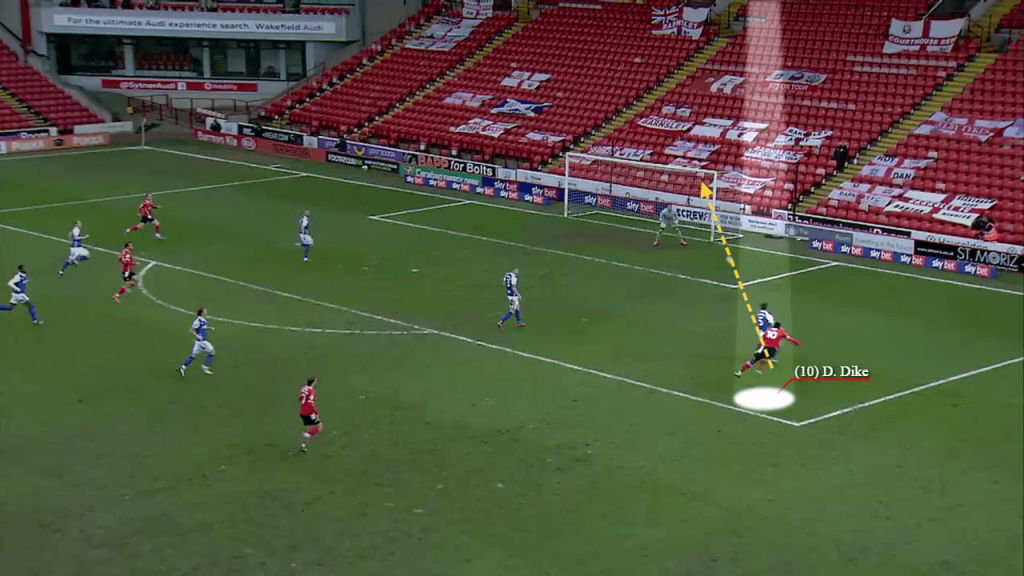 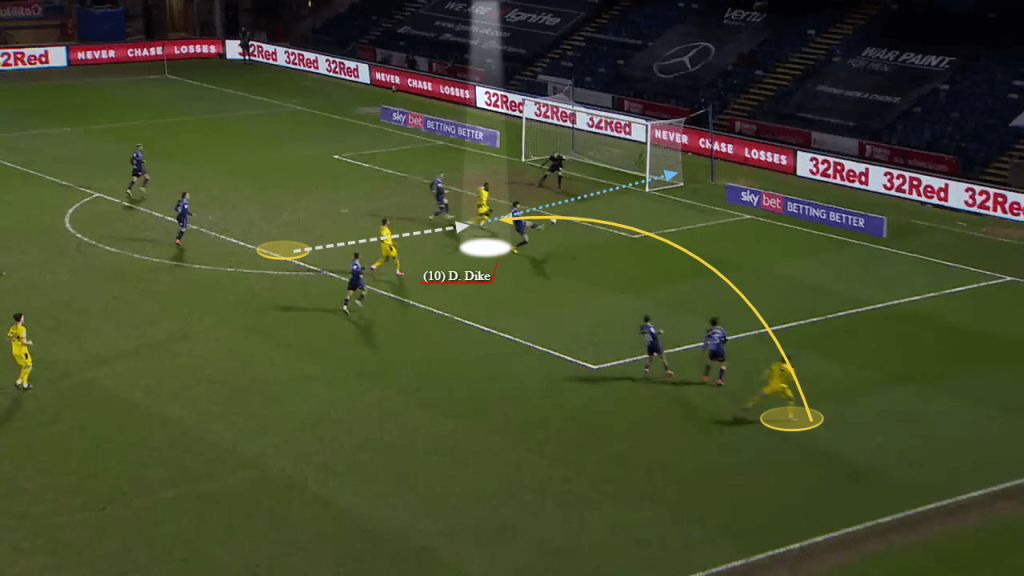 Able to impact the play in so many areas of the pitch due to his varied skill set, his heat map below depicts his worth all over. 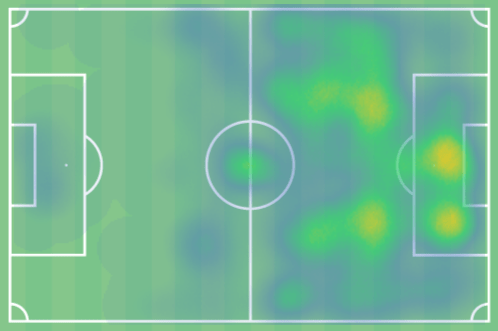 When speaking on his move to England, Dike’s delight at how nicely things have worked out is evident. “The transition was insane,” said Dike. “I think it’s something I’ve been looking forward to all my life. I dreamed of having this transition and being able to play with high-profile players and highly skilled staff. It was phenomenal.”

Well and truly in Gregg Berhalter’s national team plans too, it’s been positive to see his coach take notice and appreciate what he can bring to the team. “You see some really good action back to the goal, in and around the box, really good strength that keeps the players off,” Berhalter explained.

“He has to keep working on his movement in the box, movement behind the backline. I think sometimes when we ask him to come down and join the game, it’s a little different from the other guys. He has to be consistent; it has to be sustainable. So Daryl has to keep going with this form and pushing it further. He’s a guy we really enjoyed working with. We see a lot of potential in him and it’s easy.” move forward for him.”

In sensational form and causing a stir for both club and country, Dike’s ability to hit the ground running has transformed Barnsley into legitimate promotion candidates. With parent club Orlando having placed a £20 million price tag on him, Barnsley will be desperate for promotion to ensure they can improve their chances of keeping him.

For now, however, Barnsley and their fans will just be hoping Dike can keep up his elite level, for, if he can, there’s a solid chance Barnsley can turn their dreams of Premier League promotion into a reality come season’s end.