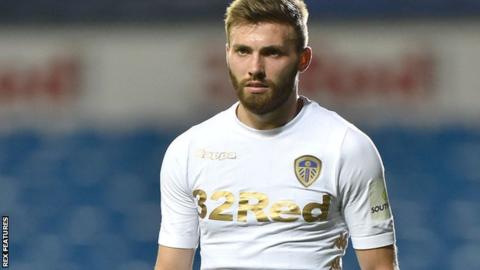 Versatile, reliable and always putting in a massive shift for his team, there’s no denying what an important figure Stuart Dallas is within this brilliant Leeds United squad.

Offering Leeds’ tactical maestro in Marcelo Bielsa so much tactically flexibility and options due to his ability to play in so many different positions, the 28-year-old has impressively maintained an excellent level no matter where he’s been deployed. Not one to complain or get frustrated by being regularly asked to switch roles, he relishes every opportunity to help his team, with his adaptability, willingness to learn and tactical intelligence shining through. “Most of the time with Leeds and Northern Ireland I played as a winger,” he told the Yorkshire Evening Post.

“I’d played in the wing-back role occasionally as well. Under the manager (Bielsa) he’s seen me more as a full-back or wing-back and I’m happy with that. If somebody asked me now I would call myself a full-back. I enjoy playing there and it helps when you are playing with good players.

“We’ve got good players here and there is no better manager to learn under than the manager we have here.”

Tough, physical, hard-working and an intimidating foe to come up against, Dallas’ defensive output is a top place to start when looking at his characteristics. No matter where he’s stationed, the Northern Ireland international transfers his qualities nicely to fulfil his responsibilities.

An aggressive, intense presser, this, in combination with his sharp responses to pressing triggers like an underhit pass, aerial ball going to his opponent, if his man receives with their back to goal or in an open body shape, Dallas immediately springs to life. This consequently sees his man struggle to enjoy much time or space in possession, meaning they can’t turn him or assess their options thoroughly. Turnovers ultimately are forced by Dallas, allowing his team to recover the ball and attack again. 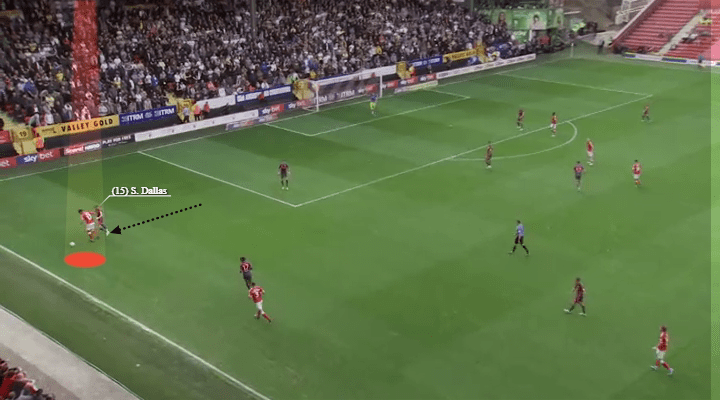 Also timing and angling his harrying so his cover shadow is used to block potential passing lanes for his enemies, this compounds issues for his targets.

Operating with similar proactivity and gusto in his counter-pressing too, the 28-year-old will swarm once Leeds lose possession in their attacking half (if he’s in an appropriate position to do so), following Bielsa’s demands brilliantly to recover possession immediately and high up to get at unset backlines who were preparing for a counter of their own.

When it comes to applying his interventions, Dallas blends force and smarts, with him nipping in with authority when it comes to tackling or chiming in with an interception. Uncompromising in 1v1s, plus in battles both in the air and on the ground, it’s been admirable to see him exercise fine judgement in such confrontations.

Awake to runners in behind and into the box, and when he has to selflessly take on the reigns of a teammate’s tracking assignment or drop back to support his backline, his awareness and dedication to helping his team has been crucial.

Fiercely competitive and a player who constantly exhibits leadership while setting the tone for his teammates to follow, there’s no doubting what a key contributor Dallas has been towards Leeds enjoying the best defensive record in the Championship, which has seen them concede only 15 goals in 23 matches.

The fact he’s been such a force offensively has duly amplified his worth, for he surges forward wholeheartedly to provide an outlet for his colleagues, carries the ball forward energetically and plays some excellent passes.

Whether timing his movement to stretch opposition defences out wide, bomb into the box or by performing rotations to unbalance adversaries, he’s a constant threat due to his running power and relationships with his teammates.

Once on the ball, his driving dribbles and capacity to create openings with some incisive crosses, cutbacks, through balls and neat combination play have been a big asset too. Weighting his deliveries well and able to tailor them to oblige his attackers’ runs, Dallas’ quality here has generated plenty of scoring opportunities. 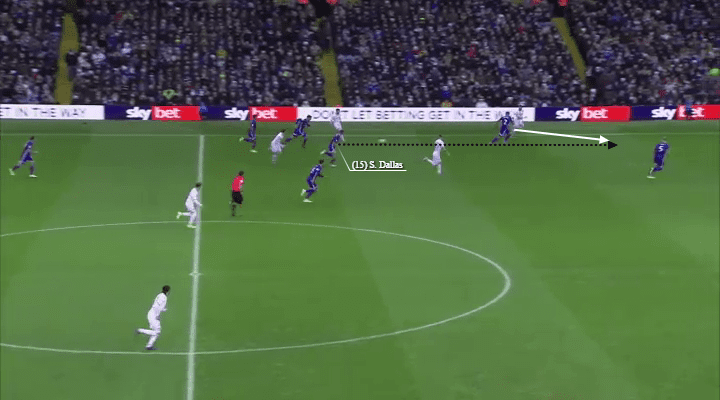 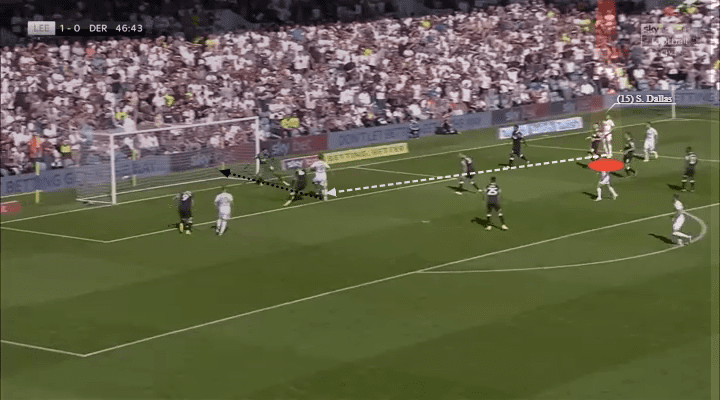 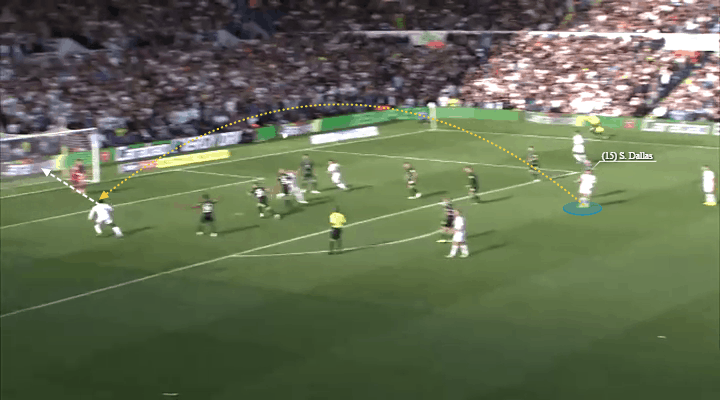 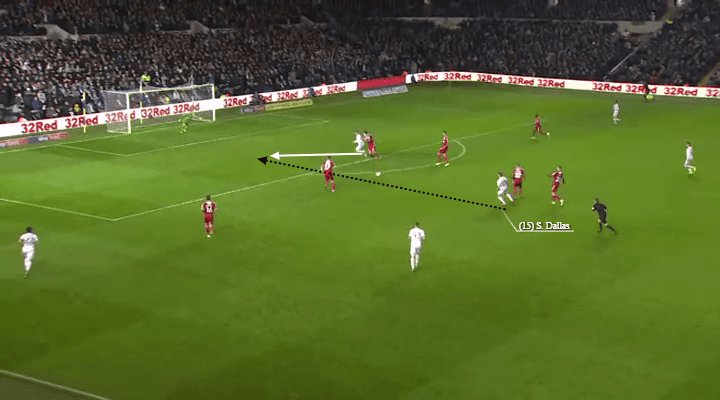 Having played in every league match for Leeds, been excellent on both sides of the ball and been a perfect embodiment of Bielsa’s philosophy, it was fantastic to see his efforts rewarded with a new four-year contract.

Such a vital piece within Bielsa’s framework and a player who continues to develop his craft working under his excellent coach, expect Dallas to be vital in Leeds’ all-important second half of the season as they hope to make their return to the Premier League after 15 years of being away.