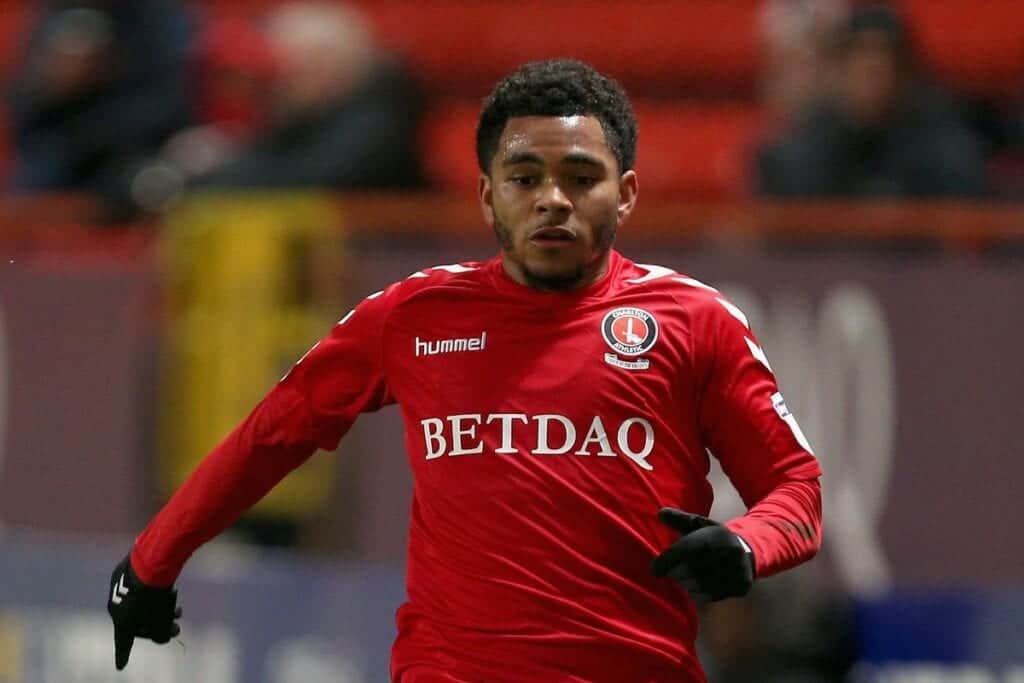 Having racked up 30 appearances in all competitions and played a total of 2177 minutes since joining Bristol City on loan from Chelsea at the beginning of the season, Jay Dasilva’s certainly been a massive positive for the Robins this season.

Especially stamping his mark in the last couple of months, where he’s got the nod over fellow starlet, Lloyd Kelly, he’s started seven straight matches for Lee Johnson’s men. Proving his worth at both left back or left wingback, the 21-year-old’s impressed hugely with his energetic, quality laden displays.

Defending with composure and maturity, he’s undertaken his duties effectively and without fuss. Possessing an ever improving relationship with his defensive colleagues, he’s worked cohesively alongside them to ensure they remain compact, move as a unit and are adequately spaced.

Importantly, if he a notices a teammate requires support, his awareness ensures he’ll shift across to cover any blown markings assignments or fill in if his nearby central defender gets dragged out of shape. 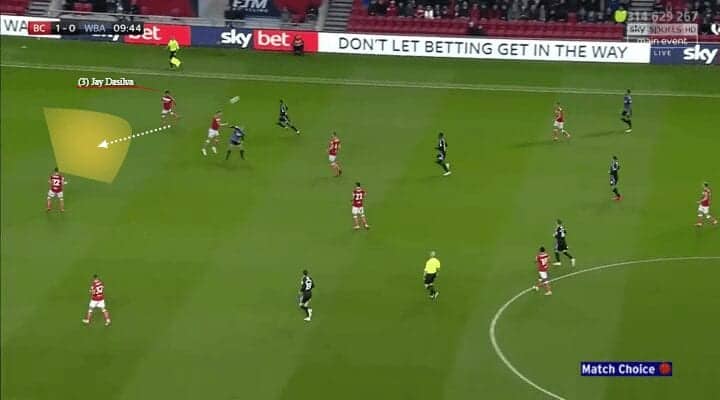 Adept and swift to react to pressing triggers, like when his man drops deep, is receiving in an open body posture or about to inherit possession near the touchline, he pounces sharply to make life as difficult as possible for his adversaries. Full of conviction and authority in his harrying, he regularly forces turnovers and unclean actions from his opponent. Another notable aspect of his pressing exertions come from how he angles his pressing to block potential passing routes behind him. 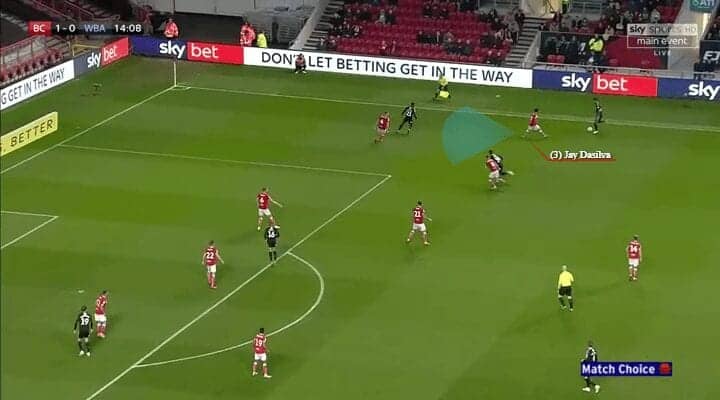 Shifting the focus to his offensive contribution and the Englishman’s added plenty of excitement and energy into the Robins’ upfield adventures. Wreaking havoc for opponents with his expertly timed forward bursts, he’s done a fine job of supplying width and depth to his team’s attacks. Effectively stretching and disrupting his foes’ stopping structures, this has not only allowed him to make headway but also create space for his teammates by manipulating markers’ positioning. 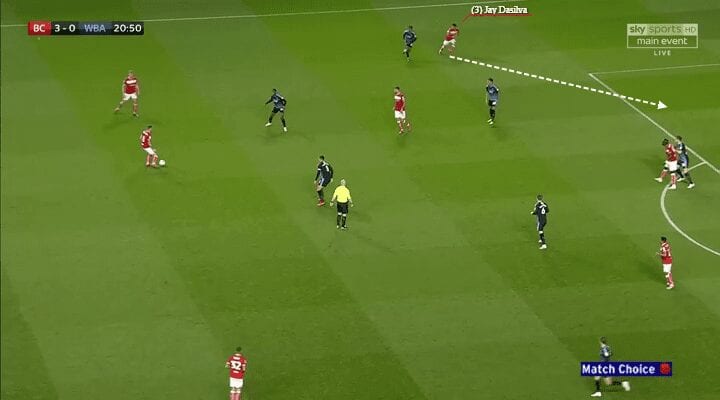 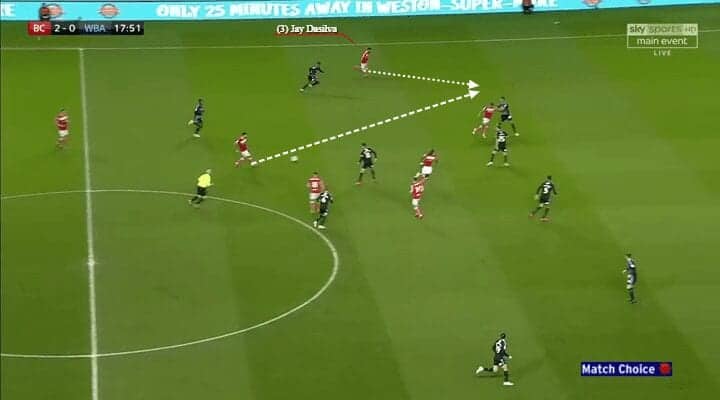 The impactfulness of his movement doesn’t end there, however, for he’s shown how nicely he can time his third man runs and situate himself to help generate 4v3 and 3v2 overloads to amplify their ability to break down their foes.

Technically proficient, the Luton born defender’s dribbling qualities have given his team some extra spark and dynamism, as he’s great at beating his man in 1v1 battles. Whether it be with some slick changes of pace and direction or tidy feints, shimmies and shoulder drops, he’s been quite the handful to contain.

The owner of a neat first touch and slick ball control, he’s efficient at holding the ball up too, where his low centre of gravity and underrated strength make him a tough customer to outmuscle.

Furthermore, his composure and comfort on the ball mean he’s very resistant to pressure, thus allowing him to remain level headed when picking out his passes. Showing a promising capacity to make excellent decisions with his distribution, he hits measured crosses and cutbacks, recirculates possession coolly, strikes vertical line breaking passes with precision and switches the angle of attacks crisply. 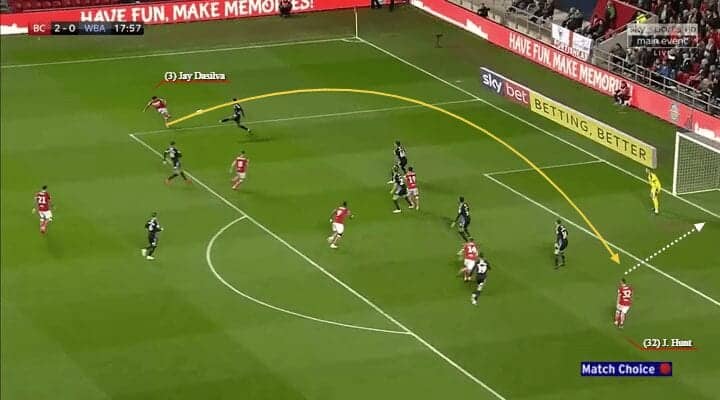 Unsurprisingly, Bristol are keen to retain the services of the prized Dasilva, who offers so much in all phases of the game and who still has so much scope for development. If reports are to be believed, Bristol apparently already have an agreement in place to sign him come season’s end, which will be music to the fans’ ears if true.

Under the meticulous guidance of Johnson, Ashton Gate is undoubtedly a great spot for the 21-year-old to continue his upward trajectory in the game. Having been afforded plenty of time and patience to settle in by his manager, he’s now emphatically repaying Johnson’s faith through his consistently brilliant performances.

With just a handful of Championship fixtures remaining, the diminutive defender’s focus will solely be on helping propel his team into the playoff places and give themselves a shot of making it into the Premier League, which could set up an intriguing reunion with hIs current owner’s Chelsea next term.