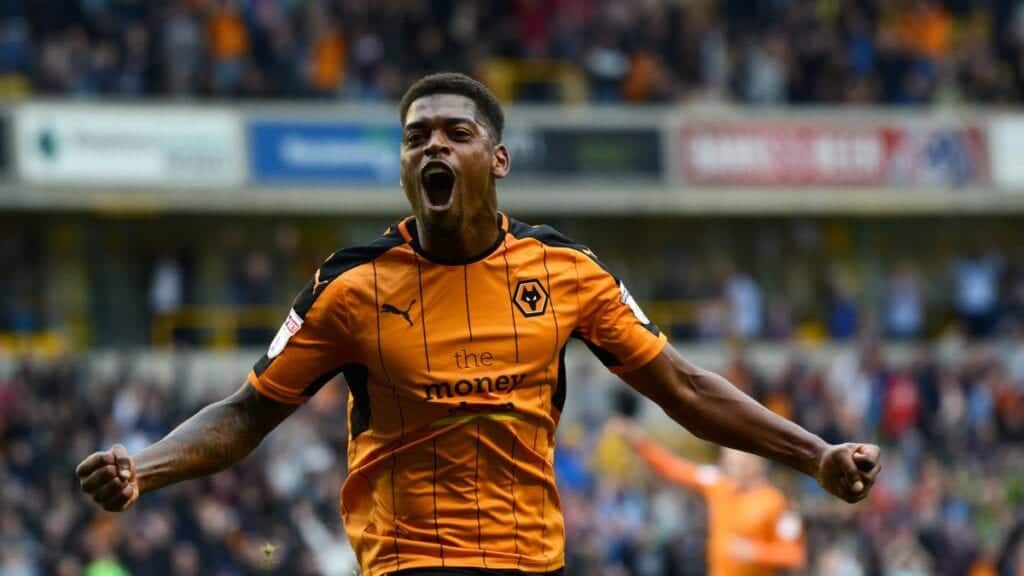 Knowing his minutes would be severely limited if he stayed at Wolverhampton Wanderers for another season under Nuno Espirito Santo, Ivan Cavaleiro’s move to Fulham has proven to be an inspired decision.

Falling down the pecking order and not seen as a good fit in Nuno’s plans after he switched to a 3-5-2 formation from a 3-4-3, Cavaleiro was only handed six starts last season. To his credit, however, he still managed to notch up five goals and two assists from his 29 overall appearances.

Once the summer came around, interest was inherently rife in the talented Portuguese. The 26-year-old ultimately chose to join Fulham in an initial loan deal, which includes an option to buy of £12 million. He’s certainly been vindicated for his decision, as he’s slotted in perfectly to life at Craven Cottage.

“He has been superb, he gives us what you see in him, he is a match-winner on his day. He gives the attack an impetus at times, one of many in our front half players who are pleasing to the eye. He has done well,” Parker gleamed.

A wicked dribbler, his aptitude in this regard helps add some unpredictability and dynamism into Fulham’s attacks. Elusive and boasting a nice array of manoeuvres to beat his man, which includes some lovely stepovers, changes of pace and direction, feints, shimmies and nutmegs, opponents haven’t found it easy to contain him. The fact he’s so quick and can hold his own in battles of strength only compounds issues for his foes. 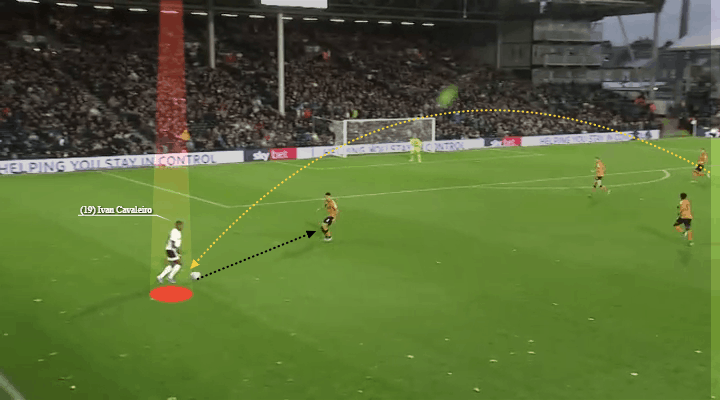 An important byproduct attached to his ball carrying is that he successfully lures out one or more opponents, which crucially makes room further upfield for a colleague to use.

Also proficient at adjusting his body shape to protect the ball when receiving it and using his neat first touch and control to weave out of trouble in close quarters, Cavaleiro’s quality with the ball at his feet is an integral component of his armoury.

The former Benfica and Monaco notably adds a spark with his distribution too, where he’s shown how well he can engage in some slick combination play, strike crafty crosses and cutbacks, swiftly switch the play and hit some creative through balls. 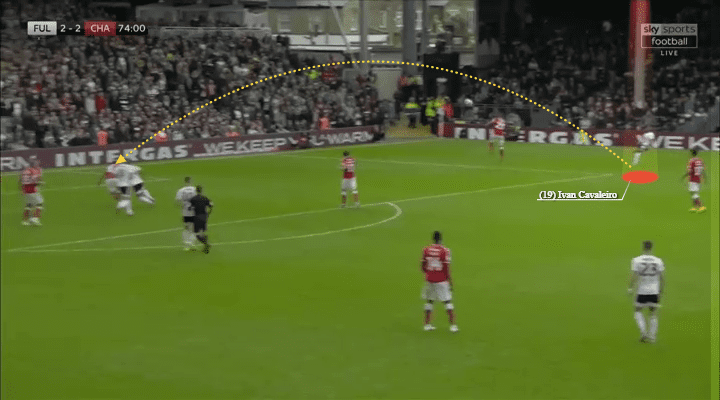 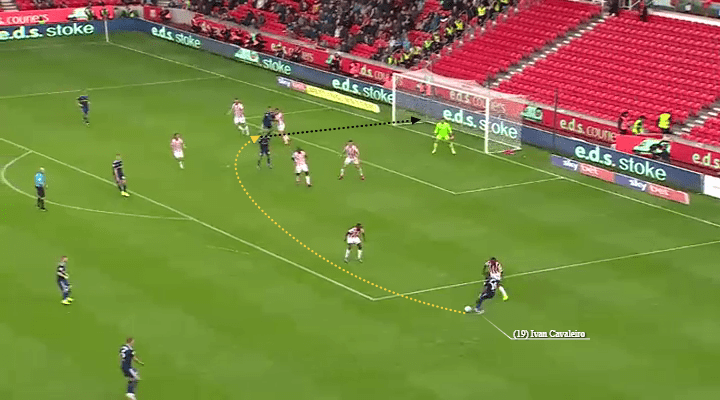 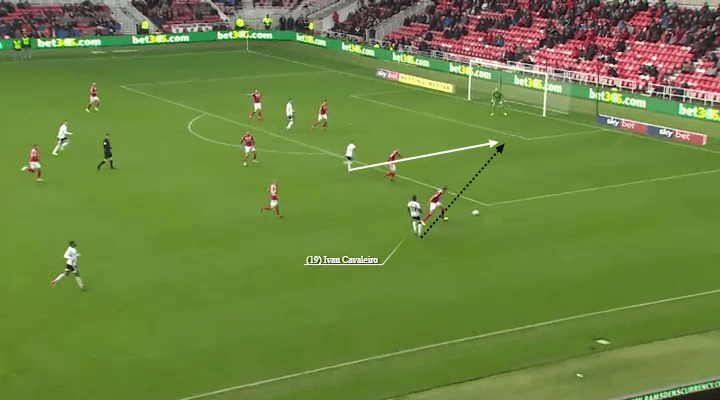 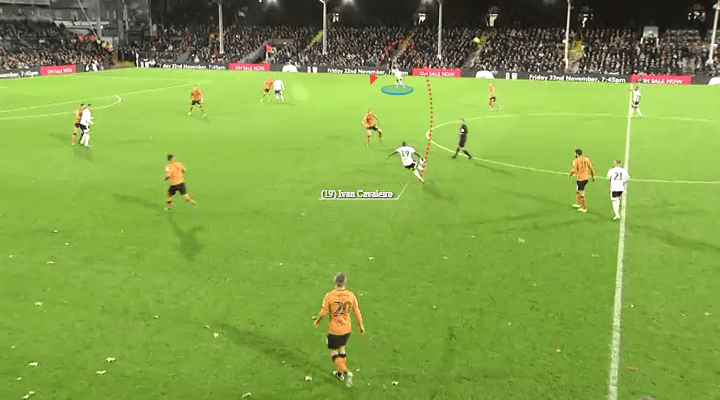 The fleet footed attacker’s movement further punctuates his quality, for his variations, intelligence, awareness and relationships with his teammates have been a highlight.

Rotating effectively all across the frontline, it’s common to see the Portuguese switch flanks and operate through the middle all in the one game, which makes him a terrific option for Parker. In doing so, this means he frequently manipulates reference points for his markers, as they are in two minds on who should mark him and his offensive teammates, thus generating disconnects in backlines to be exploited.

Whether running in behind, into the box, down the channels, plus overlapping or underlapping with his fullback, he’s asked plenty of questions of his opposition. In addition, how he drops deep between the lines and finds room in the half-spacesto connect play has been another good string to his bow, which has seen his impact amplified. 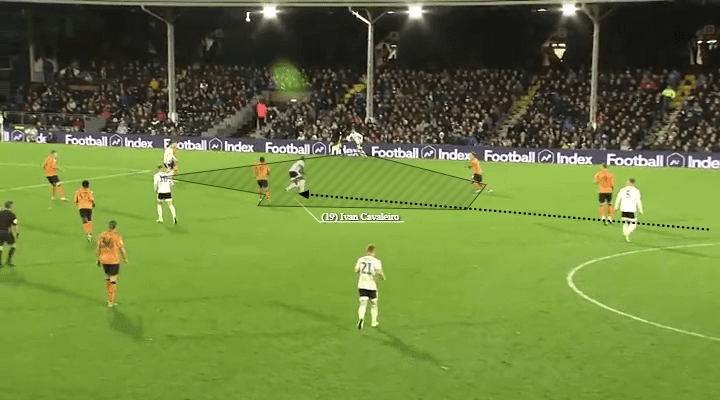 By receiving the ball on the move regularly, this means he dynamically occupies space and is in motion when inheriting the ball, with this being far more difficult for defenders to deal with as opposed to receiving when stationary.

Such a fantastic force going forward, who can hurt his adversaries in so many ways, the explosive, powerful Cavaleiro has been a tremendous addition to this Fulham side. Courtesy of his electric form, Fulham are expected to exercise their option to buy him for £12 million, which would certainly be money well spent judging on his current form.

With still so much of the season ahead in the demanding Championship, Fulham will certainly need him at his best if they’re to achieve their objective of propelling themselves back into the Premier League at the first time of asking.