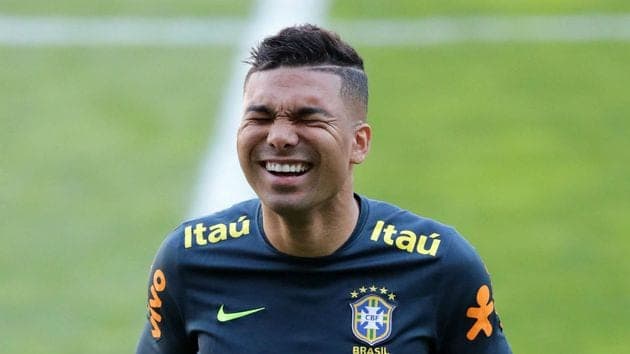 On the eve of the Copa America final Brazilian lynchpin Casemiro was clearly full of confidence that his team could rise to the occasion to defeat Peru on home soil, explaining: “We do not play in finals, we win them. We are working extremely hard to win. You must have that hunger to win, no matter what. But of course you must have a lot of respect for the opponent.”

Strong willed and fiercely determined, Casemiro and his colleagues backed up his words fittingly by putting in an immense showing to run out 3-1 victors over the plucky Peruvians.

While the likes of Everton Soares, Gabriel Jesus and Richarlison grabbed most of the headlines due to their goalscoring contributions, Casemiro also deserves plenty of credit for his role in the triumph. Once again demonstrating why he’s such an integral component of Tite’s talented team, the reliable holding midfielder led by example with his aggression, intensity, physicality and big game experience.

Using all his nous from winning four Champions League titles with club side Real Madrid, he unsurprisingly handled the pressure comfortably to help get the job done. Performing his role brilliantly, his contribution on both sides of the ball was key towards the Selecao remaining balanced and structurally secure.

Blending brains and brawn effectively on the defensive end, the battle hardened Casemiro made life extremely difficult for his adversaries. Physically imposing and fearless in his approach, the intimidating figure applied some vital tackles and interventions to break up play. Never giving his opponents an easy touch, he fought vigorously in every duel, as he often stopped attacks dead in their tracks with conviction.

A proficient reader of the play, his intelligence saw him react accordingly to win loose balls, press robustly when a trigger arose, shift laterally or hold his post to block forward passing lanes.

Another notable detail he also got spot on arrived when he stepped out to press and kept his original marker in his cover shadow so to eliminate them as a passing option.

When not patrolling his designated area of operation, the way he dropped back into the defensive line or pushed across in behind his nearby fullback when required vitally gave his team some additional cover when defending deeper or preventing counter attacks.

Equally effective in attacking passages, his work in this regard served his team excellently. Starting with his movement, and this provided a firm base from which to undertake his work. Recognising adeptly when to drop deep in build up, push wider or position himself between Peru’s first and second lines, he was important in terms of offering colleagues an outlet. In addition, this enabled him to create numerical and positional superiorities to help propel his team upfield. 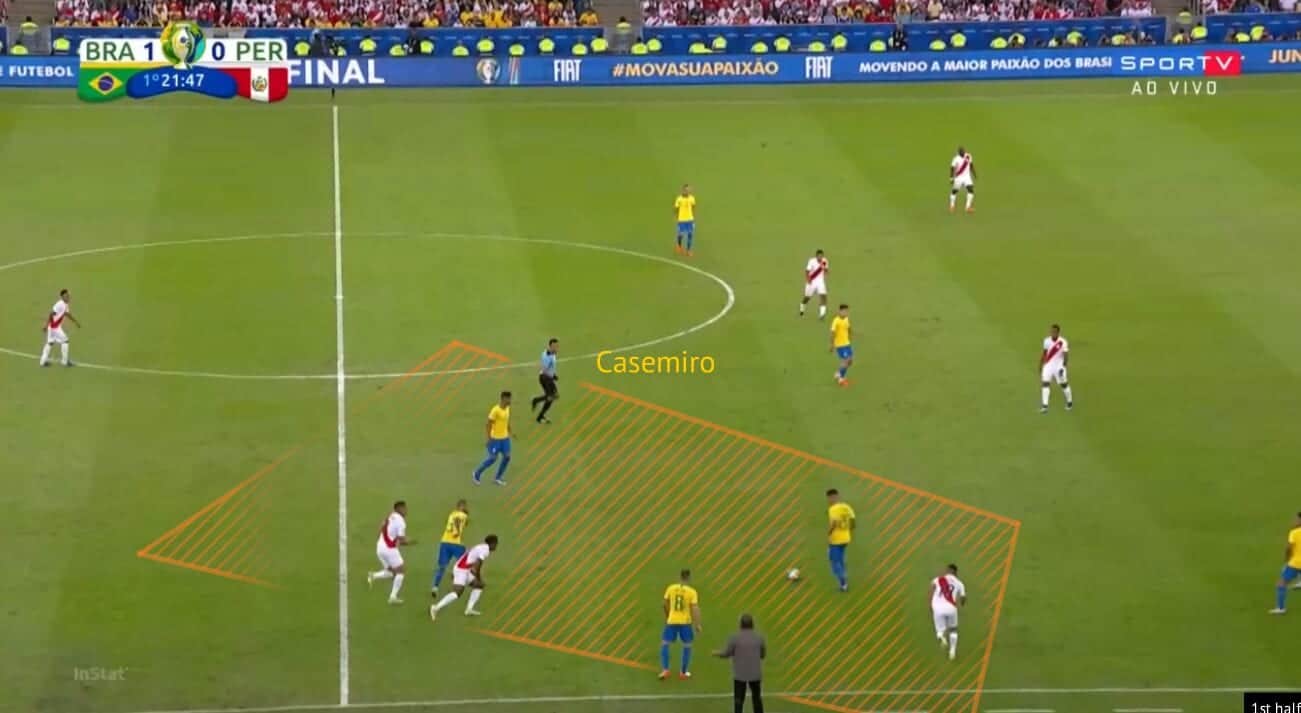 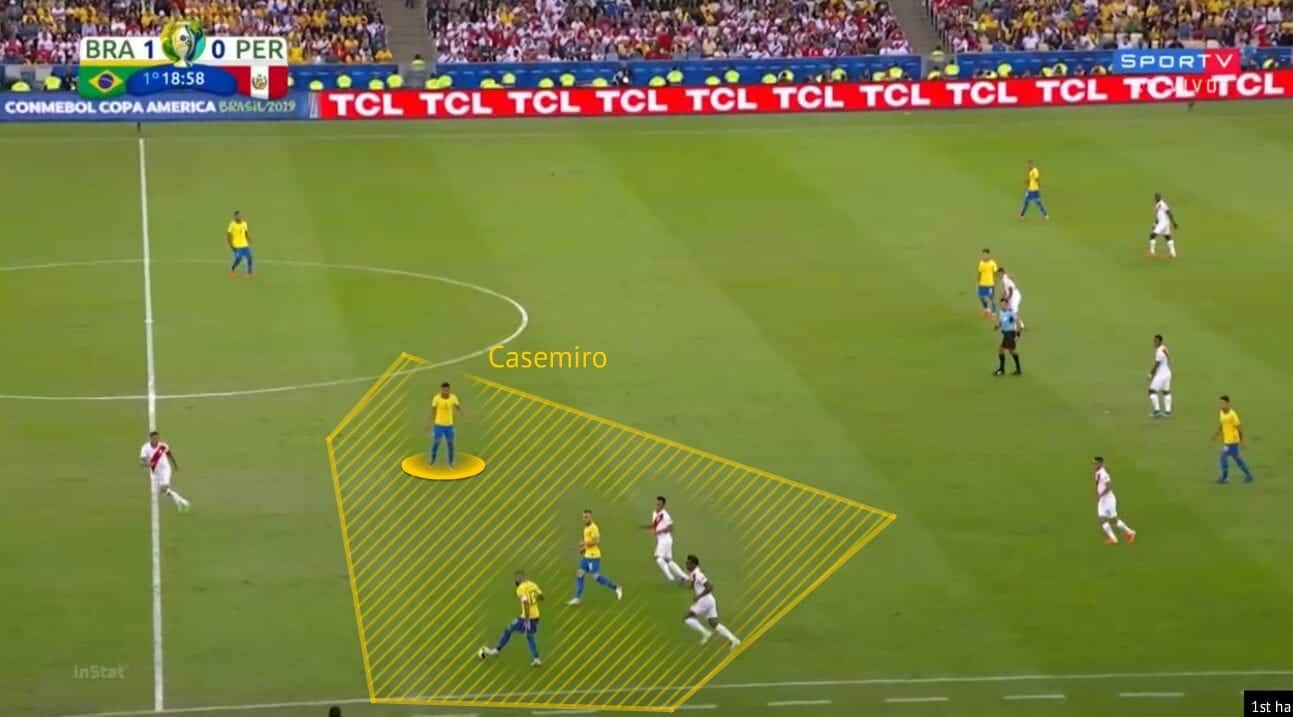 When he wasn’t able to pose as an option, the way he’d strategically pin or draw his man away from a colleague’s space saw him frequently open up a passing lane to a teammate to be found.

Even though his distribution isn’t his most endearing quality, he still struck his passes with authority and accuracy. Keeping things ticking over nicely in midfield and recycling possession competently, he did a tidy job of getting the ball into Brazil’s more incisive figures such as Roberto Firmino, Everton, Philippe Coutinho, Jesus, Arthur and the fullbacks. If an opportunity presented itself to launch a diagonal aerial ball or play a vertical through ball, though, he crucially didn’t hesitate in putting his skills to the test to put the opposition under the pump. 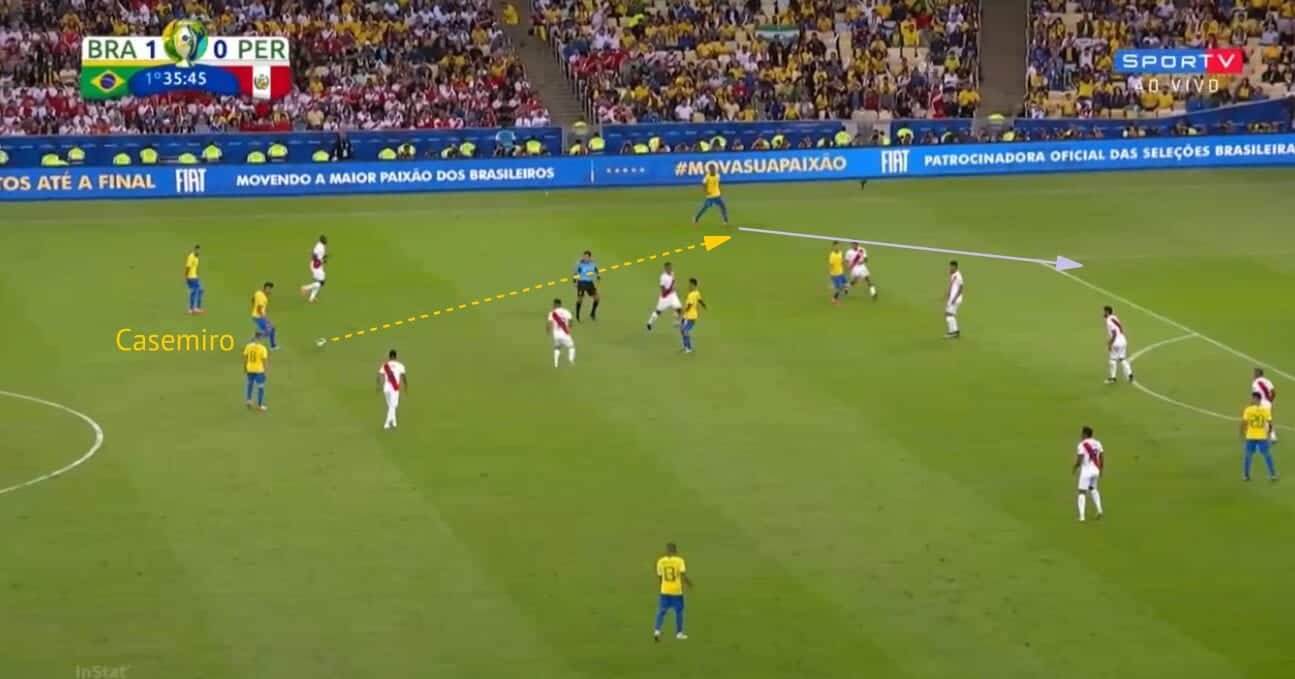 Coping admirably in high pressure scenarios, his solid ball control and ability to weave out of trouble on the dribble, in combination with his hulking strength, enabled him to outmuscle his foes and help continue the offensive momentum.

An often heavily derided figure who provokes mixed opinions from fans all over, his immense performance in the final of the summer showpiece yet again demonstrated why Tite continues to place his faith in the ultra competitive Casemiro.

Be it for club or country, this was just another example of the mentally formidable Casemiro producing the goods on the big stage to help guide his team to glory