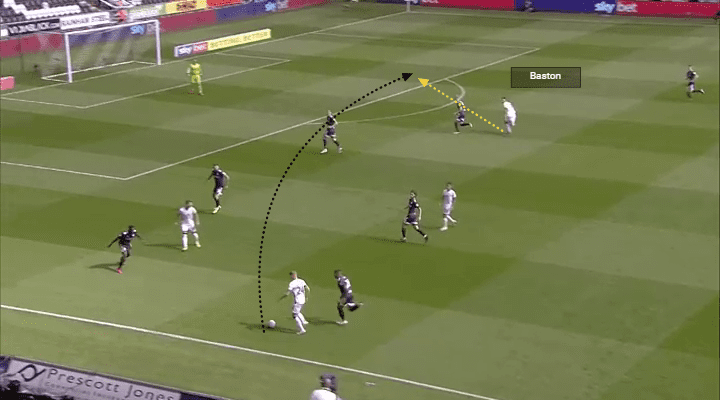 Cutting a rejuvenated figure at Swansea City, Borja Baston’s remarkable form has been a key driving force behind their fast start to the season.

Having underwhelmed after initially signing for £15 million back in 2016 and spending the last two campaigns out on loan at Malaga and Alaves respectively, many thought he’d never appear again in a Swans jersey. But in large part thanks to the faith placed in him by Swansea manager, Steve Cooper, he’s been able to show what a super striker he is.

“The return to Swansea was complicated. I was training with the reserve team because I was going to be sold, but in the end they got me into the dynamics of the group. I started playing and Mr Steve Cooper has shown me his confidence,” he explained.

“I have taken a step forward. Confidence, maturity and experience make you grow. I feel a more made player. My team-mates are looking for me to score goals and the coach has an impact on it.”

Leading the line with aplomb, his impressive all-round play and goalscoring exploits have seen him propel Swansea to the top of the Championship table. Moreover, his five goals see him sit atop the scoring charts, in what’s been a terrific way to begin the 2019/2020 crusade.

Capable of finding the back of the net with his aerial prowess, with placed finishes and with power and finesse when needed, his finishing has been very tidy indeed. Scoring his goals from an XG of 3.51 has demonstrated his quality. 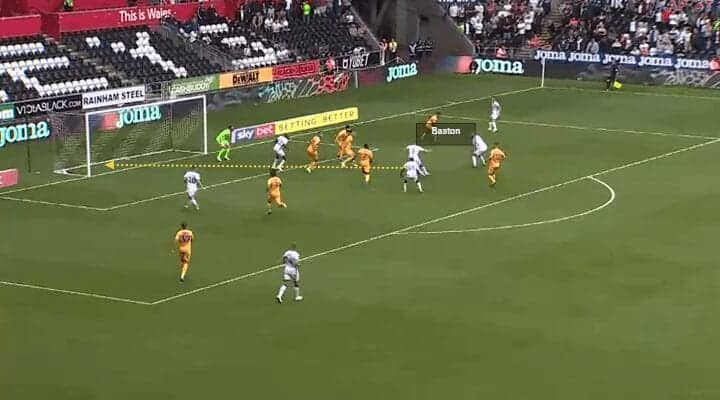 Supplementing this with his crafty movement, this allied with his awareness and reading of the play, has provided him with a firm foundation to get into brilliant positions in and around the final third.

Tailoring his runs beautifully to get goalside of his man when attacking cutbacks into the box and knowing when to hold his run as the defence collapses, his poaching instincts have served him well so his teammates can pinpoint him inside the box. This has allowed him to maximise his opportunities and apply neat finishes or be in areas where he has time and space to shoot. 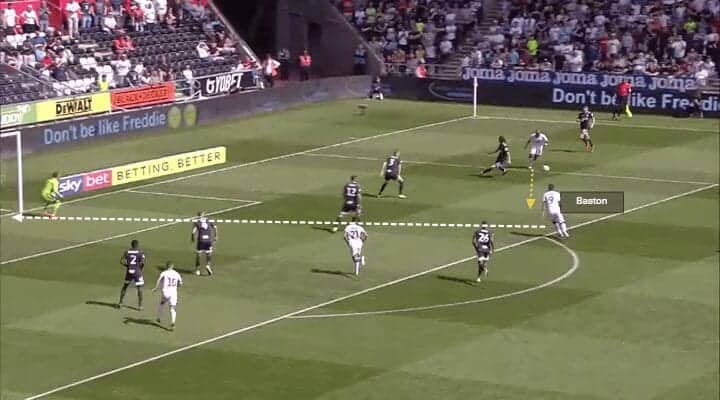 In terms of his runs in behind to latch onto through balls on the ground and in the air, he’s been very handy too. Picking his spots nicely so he can burst forward unimpeded, he’s targeted the gaps between defenders and peeled off the shoulder of the last man effectively to provide an option. Despite not being the quickest, his nous has enabled him to still be a threat here.

Dropping deep with conviction, the Spaniard’s done a top job of linking midfield and attack while bringing others into play with his neat passing. Checking towards the ball carrier in a timely fashion, he’s provided good options ahead. 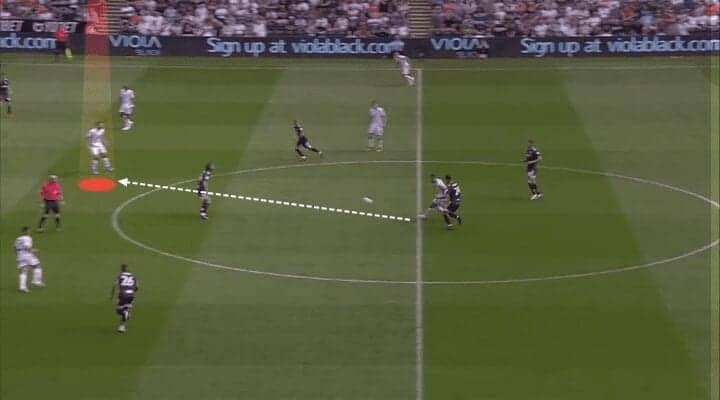 Whether it be for a vertical ground pass or for aerial balls, where he can use his size and strength to win flick ons and knock downs, the 191 cm marksman’s been a great reference point.

Solid in his combination play, he’s hit some lovely one and two touch passes to the feet of forward facing teammates so they can progress the attacks in ideal areas. This has been beneficial when kickstarting counter attacks and in more methodical build-up. 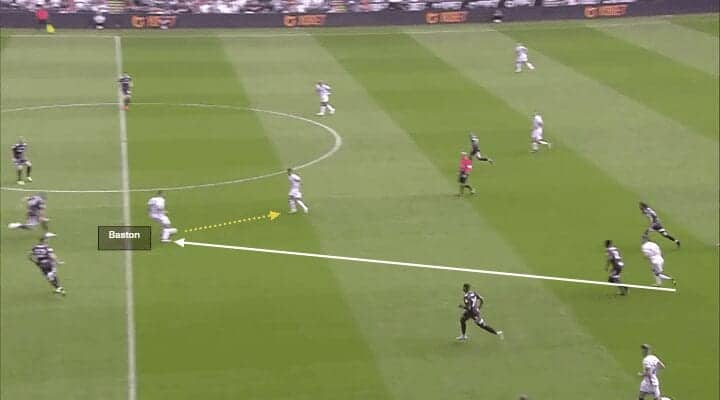 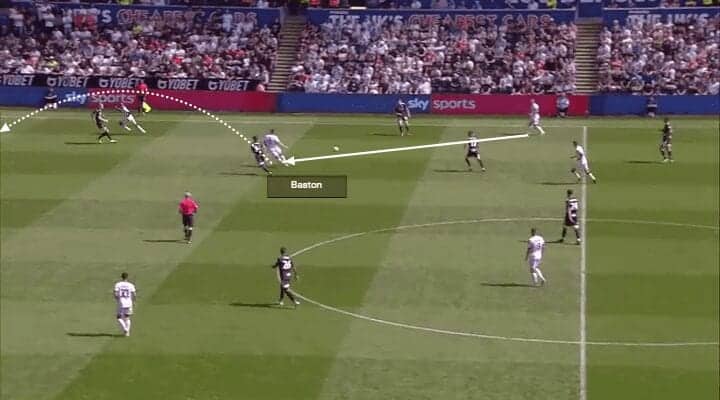 Another important aspect associated with his movement comes from how it creates space for others to exploit. By dragging or pinning markers, this has meant he can open passing lanes, make room for dribbles to be made into or generate disconnects in the opposition backline to be exploited. 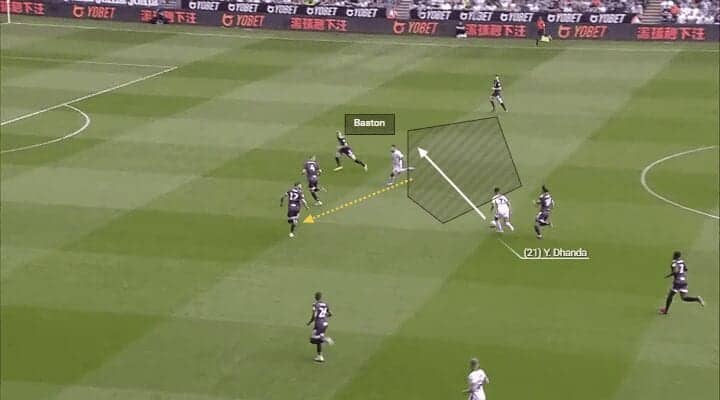 Cooper’s glowing praise of the 27-year-old shows how delighted he is with his forward. “He is happy, he is a big character. Very well liked in the dressing room. You can see he is enjoying life in Swansea,” he noted following Baston’s starring performance vs. Preston North End.

“It’s brilliant. He is working hard, he is hungry and he has got a knack of getting in the right spot to score goals. You look at his two finishes, they are outstanding number nine finishes. The first is a cut-back from Connor (Roberts), he calmly puts that in and the header was fantastic, a great goal. We saw parts of Borja at his best today, and that is being in the box scoring goals. Let’s hope it continues.”

Although his purple patch has been a huge positive for the Welsh outfit, the challenge will now be maintaining his sterling form for the promotion chasing side.

In an environment where he’s appreciated and has the full belief of the manager, all the conditions are there for him to keep up his level. Observing to see if he actually can will be fascinating.