Billy Sharp ready to lead the Blades into the Premier League 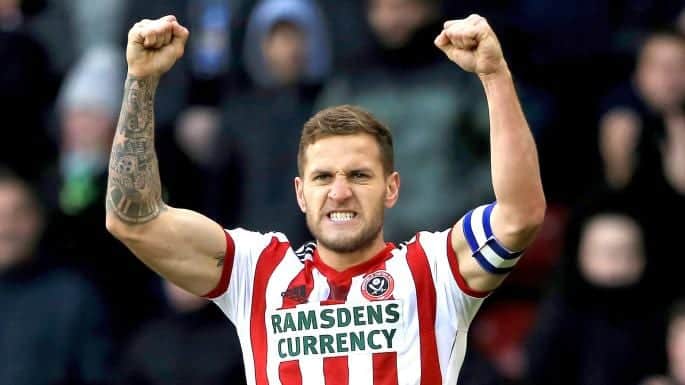 Fiercely competitive, durable, reliable and hard working, there’s no denying what a crucial component Billy Sharp was towards Sheffield United gaining promotion to the Premier League.

Bagging a fantastic 23 league goals, his strikes were absolutely instrumental for Chris Wilder’s men. Forever asking questions of the opposition, the aggressive centre forward’s contribution has extended far beyond just his goals, however. Indeed, his manager touched on his multifaceted impact when speaking after the Blades’ 2-0 win over Blackburn Rovers earlier in the season, gleaming: “He (Sharp) is getting himself in the goals, his general all-round play is good, his link-up play is the best it’s been at this football club and he does what he does best, which is score. It’s great movement and it’s fantastic for the skipper to score two.”

To focus on his movement, and the Englishman’s a nightmare to contain, for his subtle variations, speed, intelligence and capacity to direct his runs ensure he gets himself into ideal scoring locations.

A master at timing and angling his runs in behind, he shrewdly targets the gaps between fullback and centre back or between the two central defenders, as he causes confusion who should mark him. This subsequently lets him get the jump on his man to gain separation so he can increase his chances of latching onto through balls from the likes of Oliver Norwood, John Fleck, Kieran Dowell, Mark Duffy or David McGoldrick. 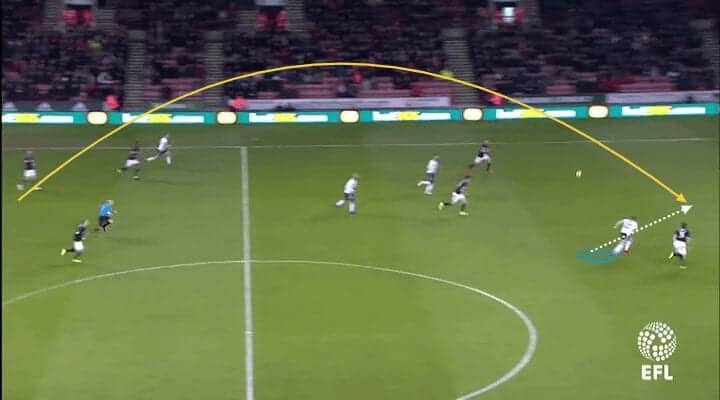 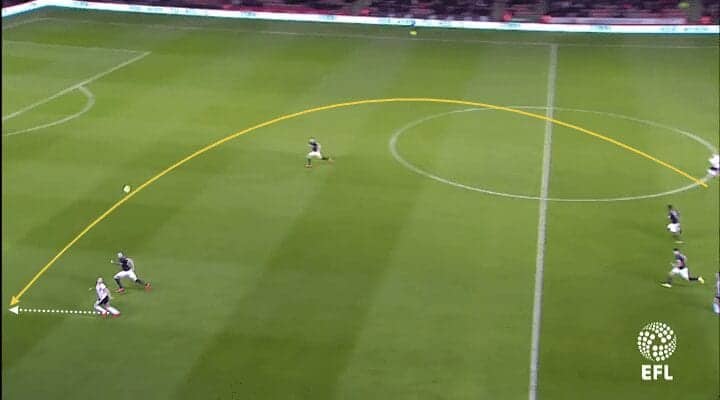 Serving as a wonderful reference point for his team’s offensive forays, he does a superb job of strategically pinning and drawing one or more markers to create space for others in between the lines or to generate room for a teammate to surge in behind.

Moreover, the way he instigates his runs on the blindside of his marker further enhances his edge, for this means he can gain a dynamic advantage over his more awkwardly oriented markers, who often can’t see him, to attack crosses with great momentum. An instinctive operator inside the box, he’s so hard to keep tabs on him with his cunning zig zags, stop gos and how he holds his runs and accelerates to the near post making him a huge danger. 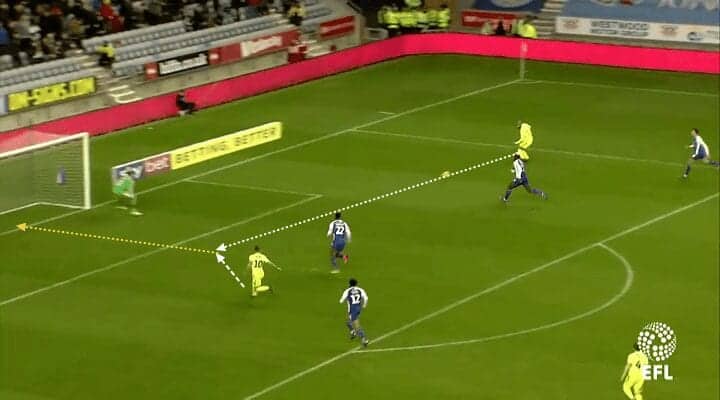 Accompanying the aforementioned with his razor sharp reaction times and ability to rapidly pick up the ball’s trajectory, Sharp’s a master at getting into dangerous spots to find the back of the net.

Other avenues how he disrupts opposition backlines have been through slick rotations with his fellow attackers, opposite movements, by astutely anticipating flick ons and by smartly choosing when to drop deep to link play. 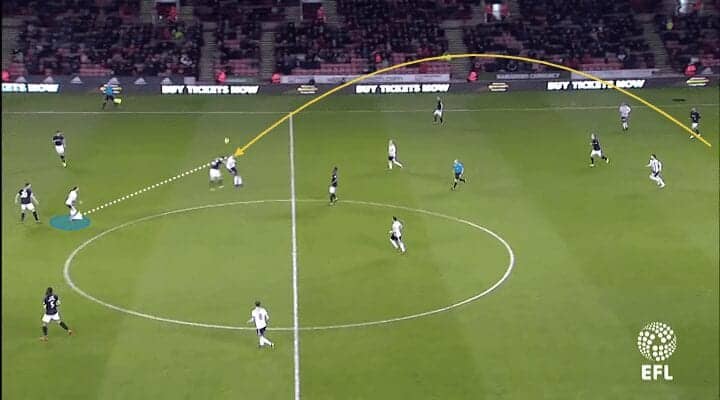 Possessing sound technical qualities, the 33-year-old’s strength and low centre of gravity see him do a tidy job of knitting together the midfield and attack. So hard to outmuscle and able to fend off his man comfortably, this gives him a solid foundation to control the ball cleanly and to play neat one or two touch layoffs to his colleagues. 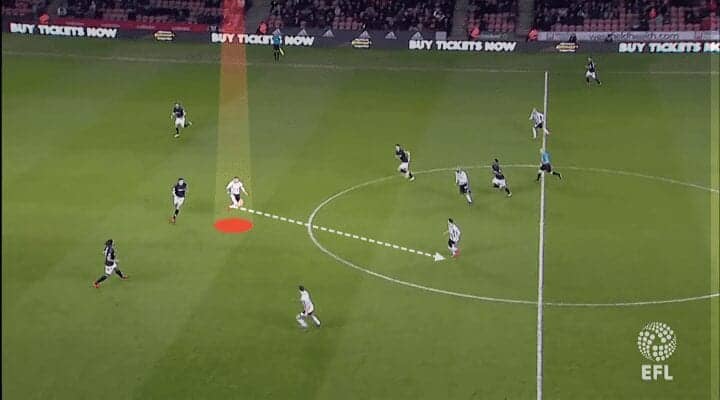 The forceful hitman also imposes himself physically on his adversaries in headed duels, where despite only standing 1.75 cm, he competes manfully to win his fair share of battles.

Sharp’s marvelous finishing caps off his well rounded skill set, for the former Southampton striker can score all sorts of goals on his way to parlaying power, placement and finesse. Whether it be fearsome headers, clinical 1v1s, wicked poaching finishes, venomous volleys, terrifically placed efforts or unleashing shots from range, he has a finish to match just about any situation. 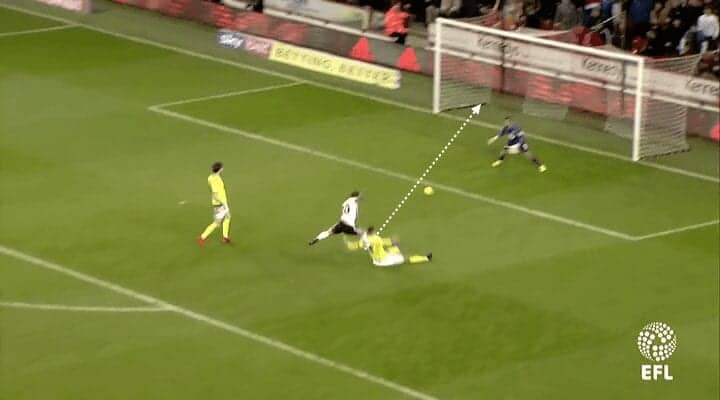 A fierce competitor, whose intensity and determination sets the tone wonderfully for his teammates to follow, the inspirational Blades captain was as important as anyone in achieving their memorable promotion.

Having played in League One when he first joined Sheffield United, it’s been remarkable to witness Sharp continue to propel his team to great things. Forming a match made in heaven with the tactically fascinating Wilder, Sharp’s full of praise for Wilder for his role in the club’s success. “My first season didn’t go well but since the gaffer came in he’s been phenomenal – by far the best manager this club has ever had. I don’t think any fan will disagree with me,” he insisted.

“I’m just delighted we got over the line and achieved something incredible. To get two promotions in three years… I never have thought that was possible in my wildest dreams. One would be enough but to get two, and get this club back into the Premier League, is just unbelievable.”

Now with their sights firmly focused on next season in the Premier League, you can guarantee the Blades’ heroic leader will be at the forefront doing everything in his power to ensure his team can enjoy another special campaign and prove they belong at the top tier of English football