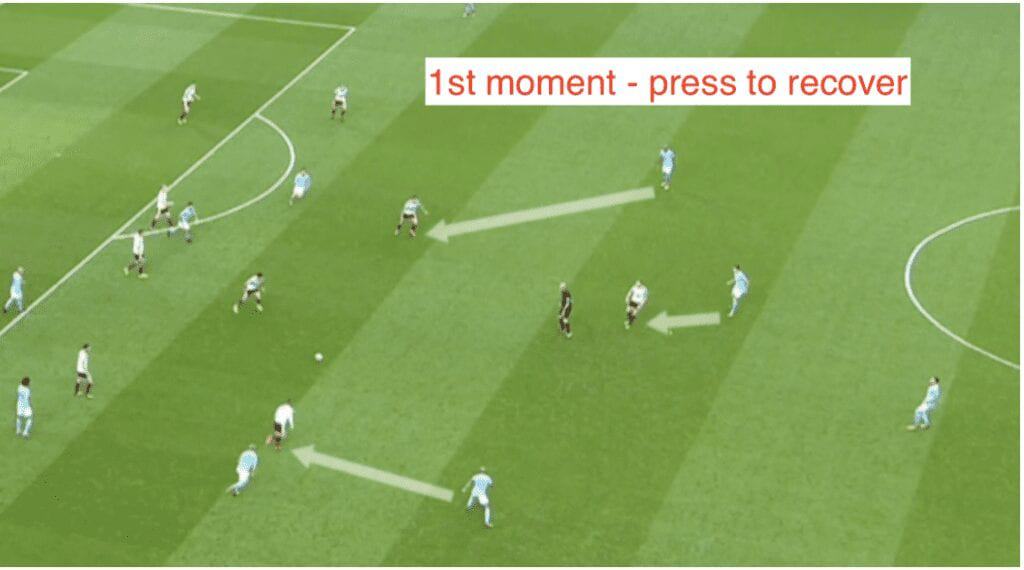 At the time of Jose Mourinho’s first spell in charge as Chelsea manager, he describes transitions in the following way:

“The transitions have become crucial. When the opponents organize defensively it is very difficult to score. The few moments after a team have lost the ball are the ones to exploit because some players are out of position. Everybody says that set-plays make the difference in the game. I say it’s the Transition”

As the game has developed, so have transitions. If we look at Klopp’s Liverpool, Guardiola’s City or any of the recent Barcelona teams, we know the moment they lose the ball they instantly press the opposition to force mistakes and make it very difficult for their opponent to ‘get out’. They try to win the ball back higher up the pitch to reduce the threat to their own goal. On the other hand, we’ve seen the transition used as a vital tactic for teams giving up possession and defending deeper. They sit back soaking up the pressure then hit the opponent with pace/power. Normally with direct runners into the space behind, the moment the defending team wins the ball back. In this article, we are going to look into some specific moments of the transition and some important elements of information we can look at as analysts.

When looking at attacking transitions we can generally break it down into two moments; 1st forward pass and the 2nd moment. The 1st forward pass refers to the moment when a team wins back possession. Once they’ve won the ball, what passes are they looking for? Is it a pass into the feet of a #9 centrally, wide into the channel or something different all together? Once we know what they are trying to do, we can begin to suggest what we might do to counter act that threat. We can actually see who is ‘left up the pitch’ whilst the opposition we are analysing are in their defending phase. Traditionally, we see a lot of teams leaving just one #9 up the pitch whilst they defend. However, there can be many variations of this including split strikers, #9 + #10 and #9 + wingers. We should bear in mind who is being ‘left up the pitch’ to know where the opponents threat will be on their attacking transition once they’ve won the ball back. 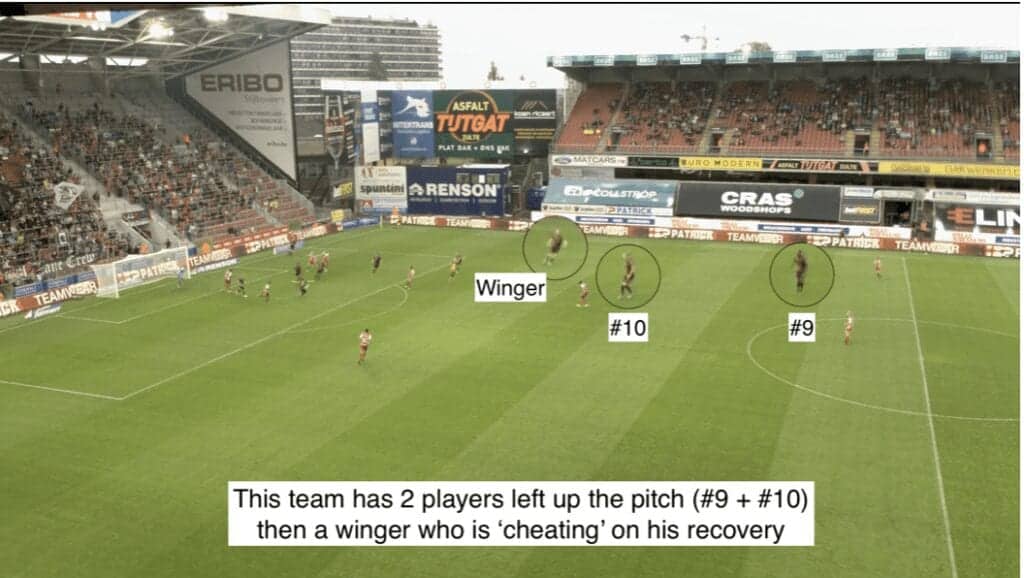 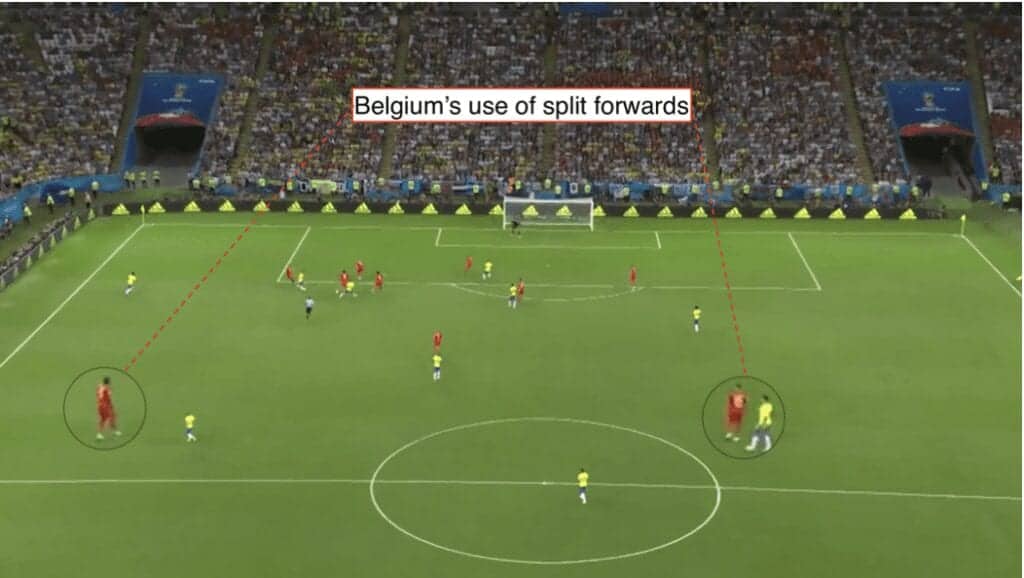 The 2nd moment looks at who begins to join the attack once the 1st forward pass is completed. So, if a team plays into the feet of a #9 on the 1st forward pass, who are the players that come to support once the #9 has controlled the ball? Do they commit a lot of players to the attacking transition, are there midfield runners joining or is it full backs overlapping from deeper positions? There doesn’t always have to be players who join later. A team may leave 3 players up the pitch then just attack with them. 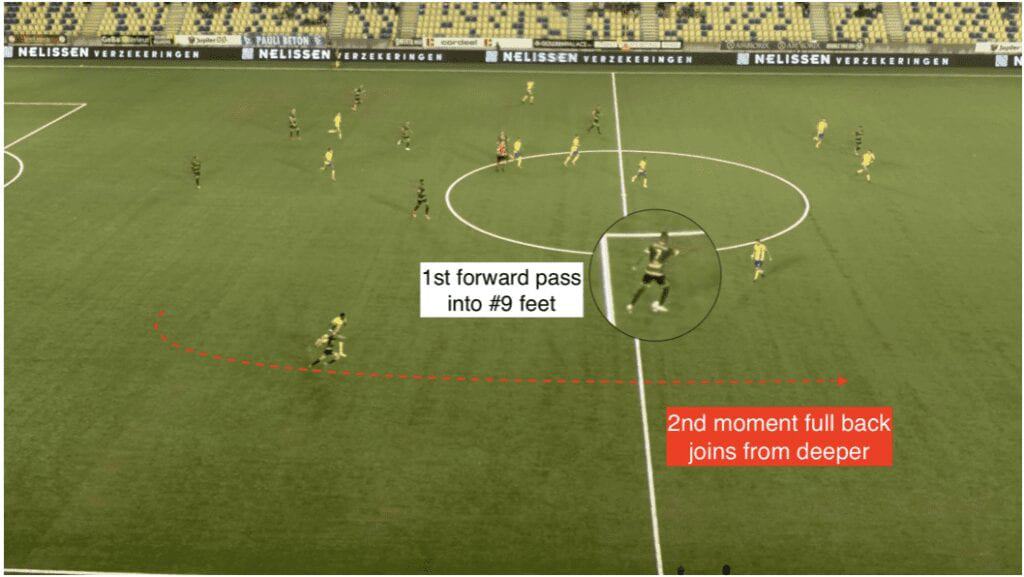 Players that are direct on the transition or are a big part of a team’s game plan should always be highlighted when scouting opposition. We know the likes of Hazard, Salah, Messi and Co can turn defence into attack in a matter of seconds but that isn’t necessarily the biggest threat of their respective teams. If we are preparing to face a team who defends deep averaging 25-30% possession, being able to control their transition is likely to be the key to a positive result. If we see they have two quick wingers who are always the ones to get the team up the pitch with dribbles/direct running, our manager will need to know this information. Not only should we identify who are the transition threats but also the types of threat they possess. Is a player one to dribble slalom style or are they more knock the ball into the open space & run onto it. Do they stay wide as wingers are they making runs from the outside to the inside? These are all factors we should consider when analysing an opposition.

Defending transitions can generally be split into 2 parts: 1st moment and 2nd moment. The 1st moment is what they do in those initial moments after losing the ball. The second moment refers to what happens after that. Teams will generally press or recover in the 1st moment. Pressing means a team prioritises wining the ball back as quick as possible. Recovery means a team prioritises dropping back into their shape on the moment they lose the ball. The 2nd moment refers to the behaviours on the players after the initial reaction. If a team recovers in the 1st moment then the 2nd moment generally isn’t relevant. However, if a team presses in the first moment, we can start to identify where the spaces are we can attack beyond their press. We can also look for players who delay their recovery on the 2nd moment which might allow our full backs to overlap from deeper (for example).

Hopefully this article has given you a slightly different perspective of the things you want to look at when analysing a team’s transition. This is one of a series of articles that explores the various concepts of the analysis process, so please keep your eyes peeled for more content landing soon…