The four-and-a-half-year wait is nearly over! The FIFA World Cup is taking place this year and it is shaping up to be a great tournament!

When Does the 2022 World Cup Start

The final will be played on Sunday, 18th December which will be the end of the tournament.

The first match features Senegal, who will face the Netherlands at the Al Thumama Stadium; one of eight stadiums, seven of which have been built especially for the event.

The eight stadiums are: 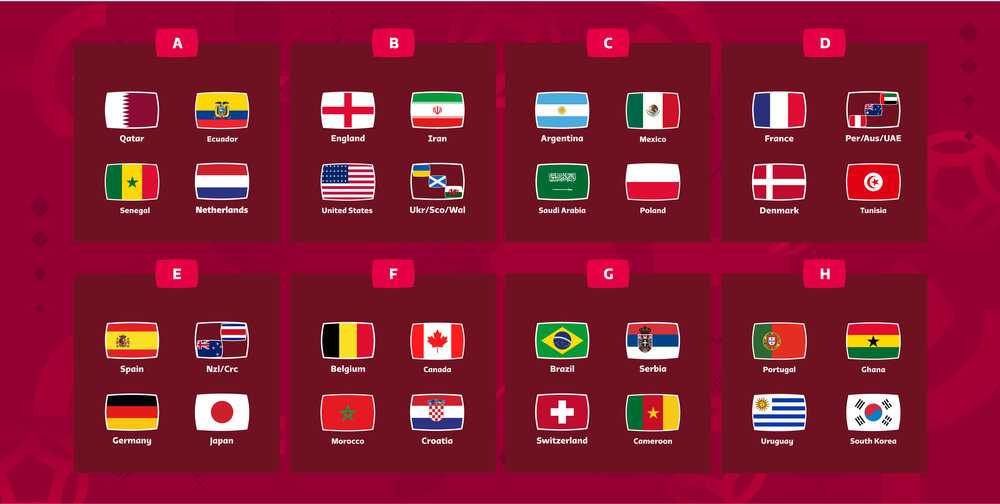 There are eight groups in total. They are as follows:

Group D: Denmark, France, Tunisia, pus the winners of the playoff between Australia and Peru

Group E: Germany, Japan, Spain, plus the winners of the playoff between Costa Rica,

The Favourites to Win the FIFA World Cup 2022

The current World Cup holders are France. They beat Croatia by 4 goals to 2 and became World Cup champions for the second time in their history. But who are the favourites to lift the trophy in Qatar in 2022?

Brazil are clear favourites with all four bookmakers. To date, they have been crowned World Cup champions on five occasions. 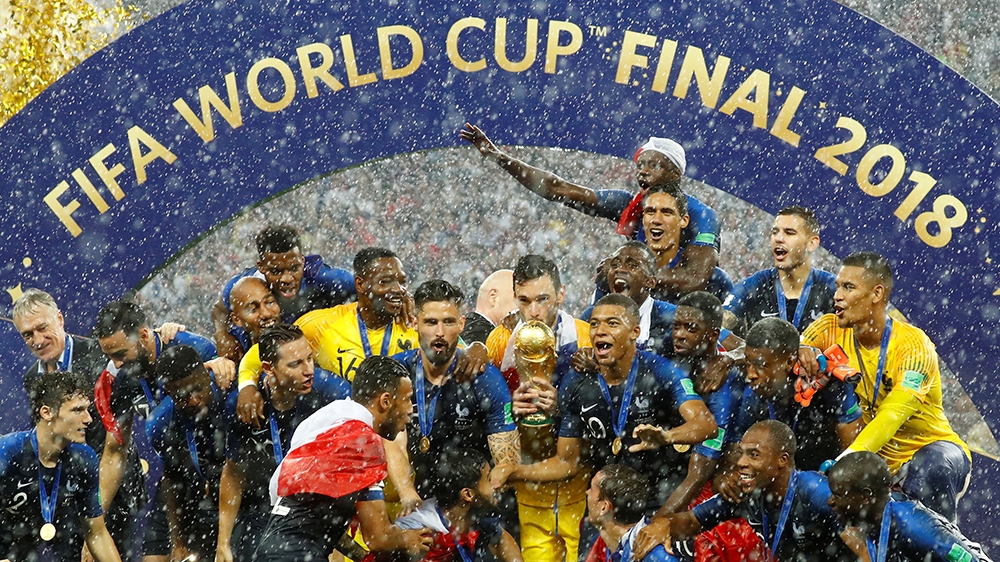 The World Cup Trophy Itself

When Brazil won the competition in 1970, they got to keep the trophy to celebrate winning it for the third time. That trophy was called the Jules Rimet trophy. Originally called “The Victory,” the trophy was renamed in 1946 in honour of Jules Rimet, the man who organised the first World Cup tournament. It is this trophy that England won in 1966, shortly after it had been famously stolen.

Four months before the competition started, the Jules Rimet Trophy was on display at the Stanley Gibbons stamp exhibition in London. It was stolen and a few weeks later discovered by a black and white Collie dog called Pickles.

England went on to win the trophy for the first time in their history, but four years later, in the next edition of the tournament, the Brazilians won for the third time and got to keep it forever.

Will it be the Selecao’s year in 2022? If so, it will be their second time to win the Cup three times. When Brazil was awarded permanent ownership of the Jules Rimer trophy, the cup was replaced by the FIFA World Cup Trophy.

The new trophy has also been won three times. Germany won it twice as West Germany in 1974 and 1990 when they beat the Netherlands 2-1 and Argentina 1-0 respectively, and when as a United Germany in 2014, they once again beat Argentina 1-0.

But whereas the Jules Rimet Trophy was gold plated, the FIFA World Cup Trophy is made from 18-carat solid gold and unlike its forerunner, it cannot be won outright.

What are England’s Chances of Winning the 2022 FIFA World Cup?

The England team is clearly well fancied to win the 2022 FIFA World Cup. They are marginally behind the favourites Brazil in terms of betting odds, but they do look quite solid.

The recent Nations League games can’t be used as too much of an indicator because of the timing. After a long season, the players have had virtually no break, so it is not surprising that they are not at their best.

Their weak point, if there is one, is the lack of creativity in midfield. In all three Nations League games, they have struggled to score, and it is basically because chances are not being created. Given real chances, Kane and Sterling are both likely to score – especially Harry Kane.

Kane, who netted his 50th England goal from the penalty spot against Germany, is the second most prolific scorer of all time for England. He is now only three goals behind the current leading scorer, Wayne Rooney. But it is the rate at which he scores that is also very impressive.

But as we all know, it is not just about one man. England must have that creative spark in midfield, which is where teams like Brazil, France, Spain and Germany, not forgetting the likes of Argentina and Portugal, can excel.

Even Denmark, who are 10th favourites, have Cristian Eriksen, who, after his return to competitive football, following his cardiac-related collapse, has that all-important creative spark.

We need the likes of Jack Grealish, Mason Mount and Phil Phoden to step up.

Do not Overlook France, Germany, Spain, or Argentina

Current champions France cannot be written off. With players like Kylian Mbappe, who is only 23, Antoine Griezmann, and Karim Benzema, who was sensational for Real Madrid last season. Then there is Paul Pogba, who, although he didn’t step up for Man Utd last season, always turns it on for his country. France are serious contenders.

Spain and Argentina are equal fourth favourites, but the Germans, as 6th favourites, could easily be dark horses. They have a happy knack of playing themselves into form in the World Cup, and they are four times FIFA World Cup winners.

You can find more information on the 2022 World Cup here: https://www.fifa.com/tournaments/mens/worldcup/qatar2022